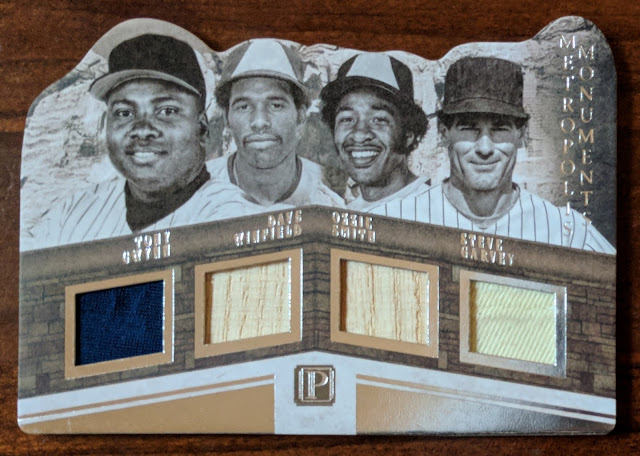 Brian from Collecting Cutch recently sent me over this awesome quad relic featuring 4 all-time Padres greats. Love it! It's diecut and has a Mount Rushmore motif going on. Gwynn, Winfield, Ozzie, and Garvey. Hard to argue with any of those choices. Bummer Garvey couldn't have joined the other 3 in Cooperstown, but he fell short in the recent Modern Era vote. Lame.

I collect all these guys, though when it comes to sorting this card, I think Tony pretty much always takes priority for any multi-player cards he's featured on, so it'll go in the Gwynn PC. 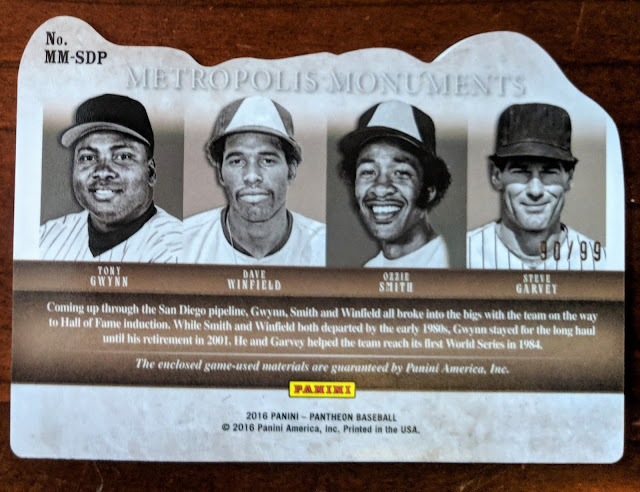 2016 Panini Pantheon Metropolis Monuments. It's numbered 90/99. I'm tempted to draw in little "SD" logos on their caps.. only on the penny sleeve, of course.
Big thanks, man!

Another nice card was also included in the package, a contest win, but I'll save that one for another post still in the works.

Speaking of San Diego, Padrographs Rod got the extra contest entries available in yesterday's post when he correctly pointed out that Adam Jones, Don Larsen, and Kevin Mitchell all went to high school in San Diego. Congrats, Rod! 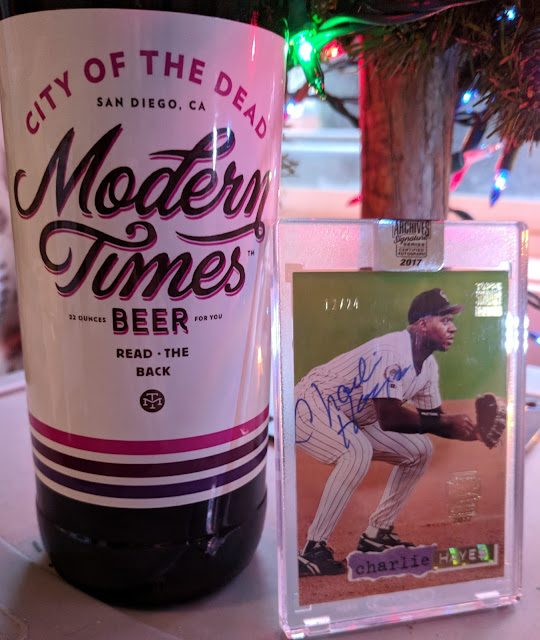 Oh, cool.. I didn't know what Day 3's Beermas beer would be when I started drafting this post, but coincidentally, it's from a San Diego brewery. 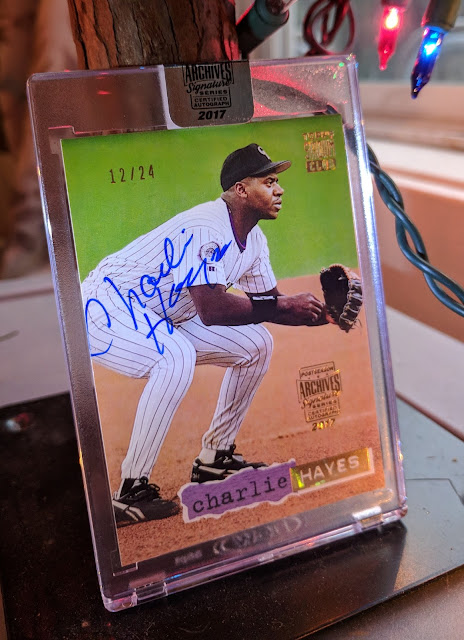 The card is the second consecutive Archives Signature Christmas Eve auto in this series of blog posts. Good ol' Charlie Hayes. He doesn't have anything to do with San Diego, though, so he kind of ruins the theme of this post. lol. My lasting memory of him is celebrating after catching the popup that ended the 1996 World Series. That's a great defining moment of an otherwise respectable-but-unremarkable career. Squinting now at the gold stamp on the card, looks like this was from 2017's "Postseason Edition" of the product, which makes sense. The card is a 1994 Topps Stadium Club Golden Rainbow parallel, I believe. Looks like you can score an error against Hayes for the C in his signature falling off the card, but I'm not too concerned with that, I just like the 12/24 numbering. And it was cheap, with my winning bid being less than the shipping fee. Gotta feel for whoever paid probably around $60 to open the 1-card box and ended up with this. But hey, it's found a loving home now, so the story has a happy ending, I guess. 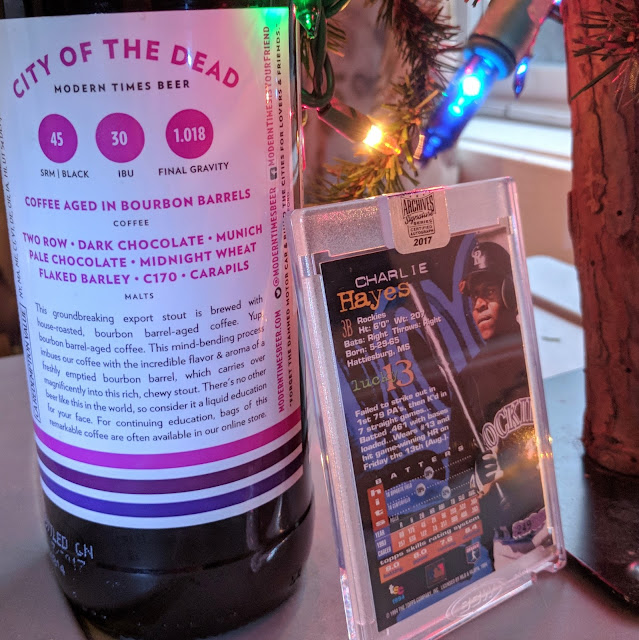 And the backs. The beer is City of the Dead by Modern Times Beer. 7.5% ABV. Though I'm originally from San Diego, I'm not all that familiar with Modern Times. Looking forward to it, though. Strangely, while I'm not a coffee drinker, I really like beers with a rich coffee taste to them. Throw in some chocolate flavors and then you've really got something. Check back for my thoughts on it after I drink it later tonight.

UPDATE: This was really good. Very smooth. Rich, but not too heavy. Definitely a strong coffee flavor.

That'll do it for this post. I can't think of any "contest bonus entry" question right now, but I will say I intend to award a bonus entry to anyone who commented on all 12 posts in this series once we wrap things up. Hell, you might even earn a consolation PWE even if you don't win the grand prize. So don't be shy!
Got any fun plans for the weekend?
Posted by defgav at 4:00 PM