Next up, here are some cards dating from the 80s that dug out of discount bins at the recent card show. 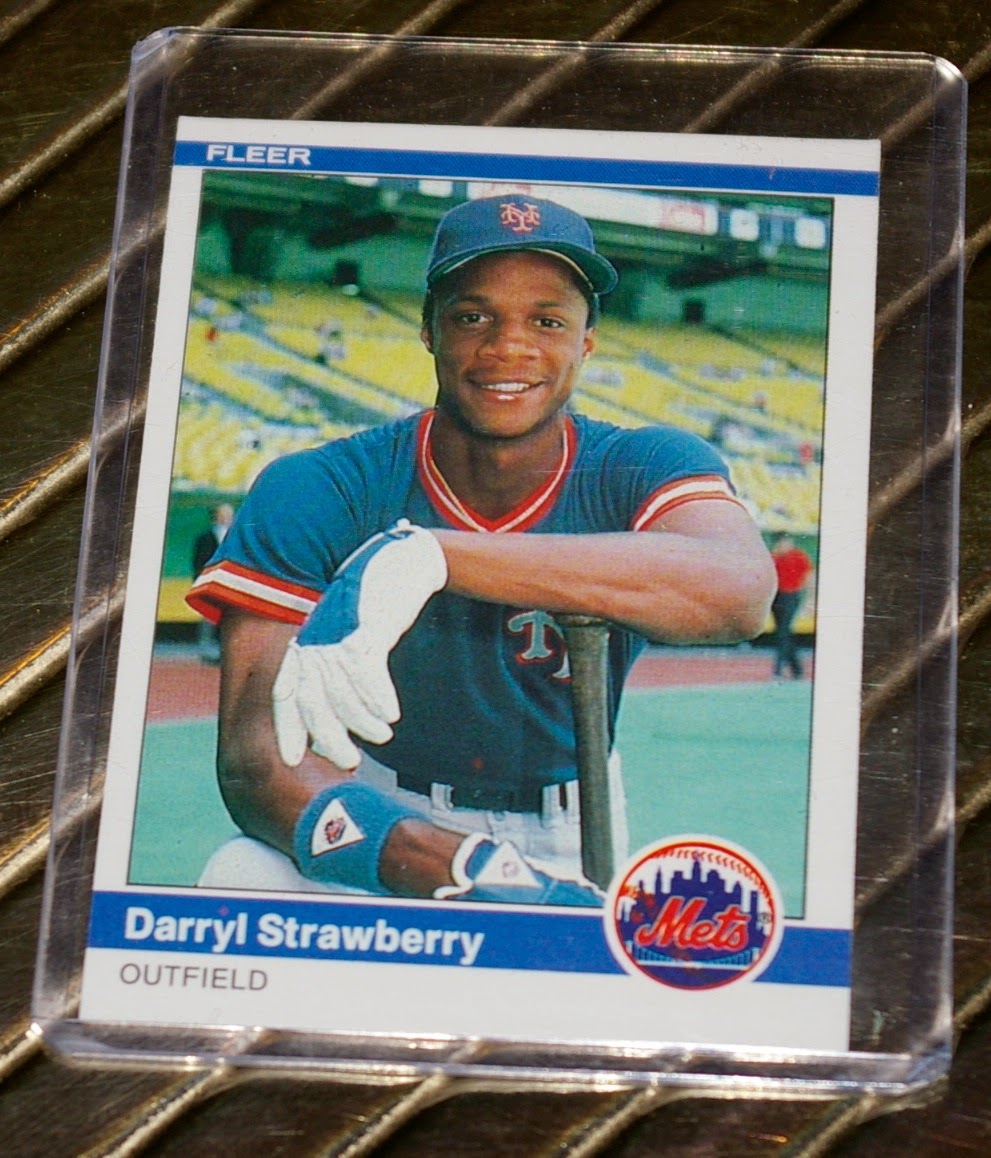 Here's a card that I could only dream of owning back in my early collecting days. One of my best friends collected Strawberry as his #1 guy, but I don't think even he had this card. But yeah, now I have a RC to go along with my Darryl auto. 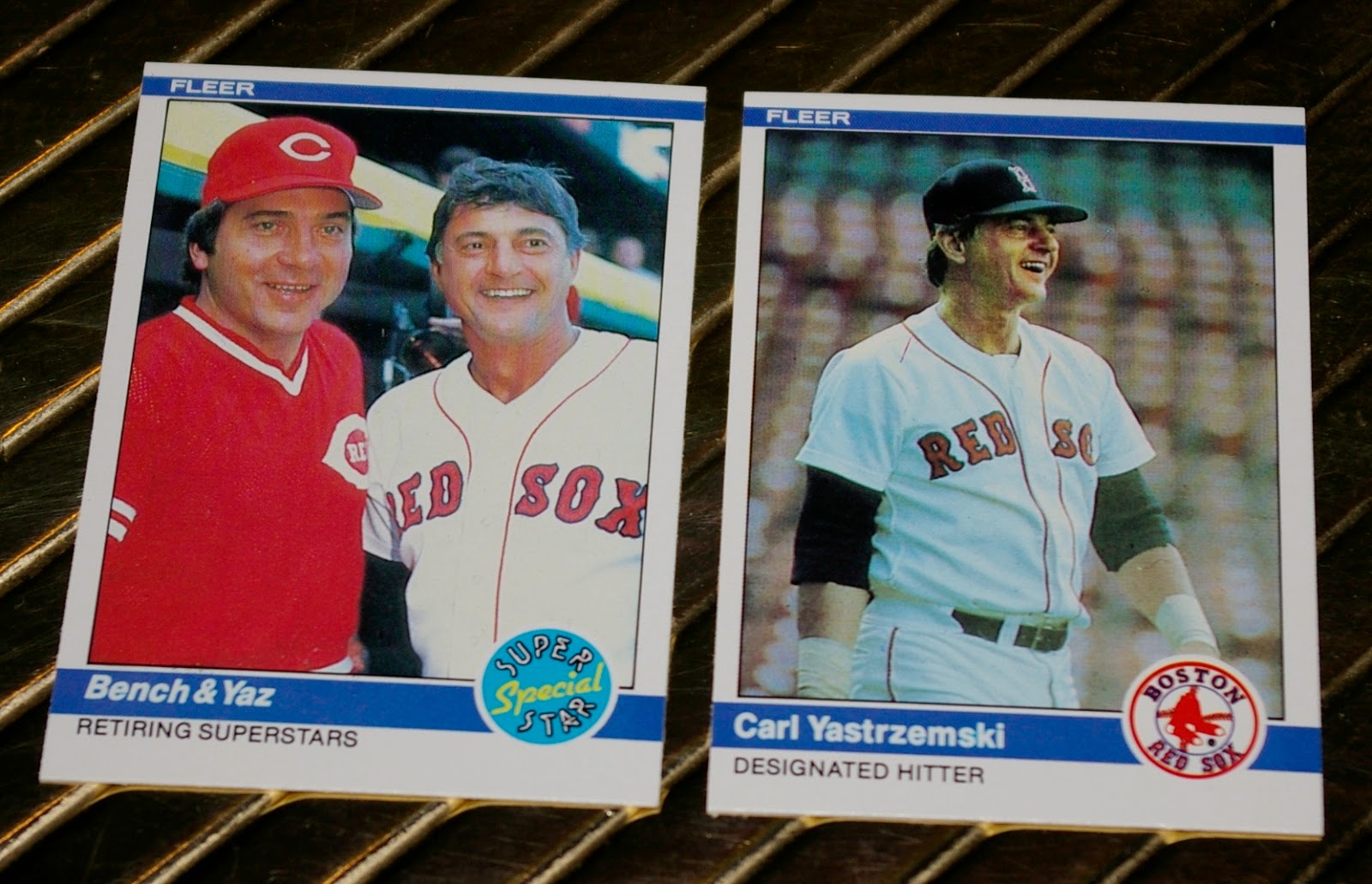 Continuing with more 1984 Fleer, a cool set that's very underrepresented in my collection, here are couple new additions to my Yaz PC. The big 3 card companies all put out cards in the same vein as that "Retiring Superstars" card, but only Fleer went the extra mile and also gave the man a true final tribute / sunset card... 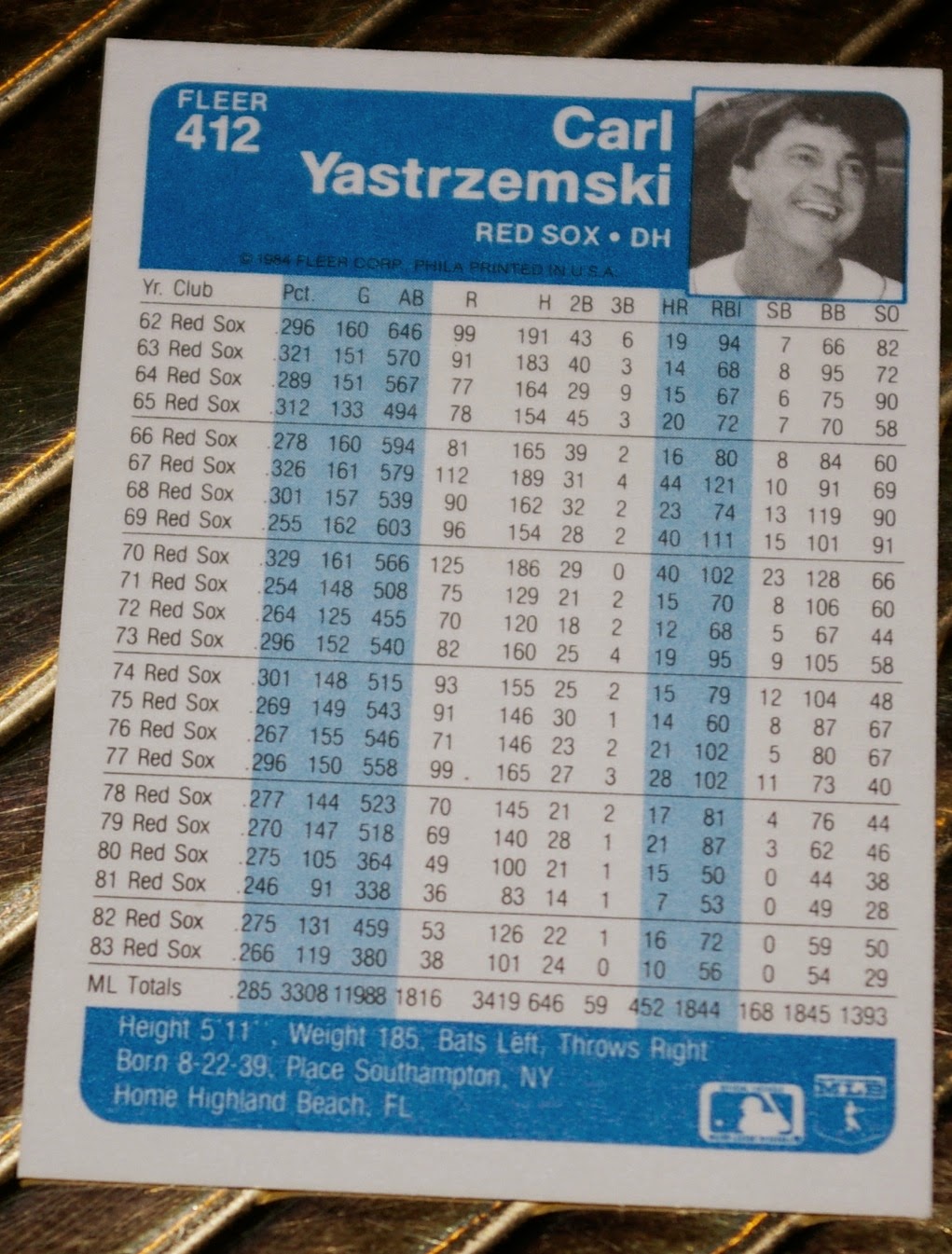 Glorious complete career stats. --well, almost! I guess they couldn't quite fit his 1961 stats. At least they gave it a good effort. 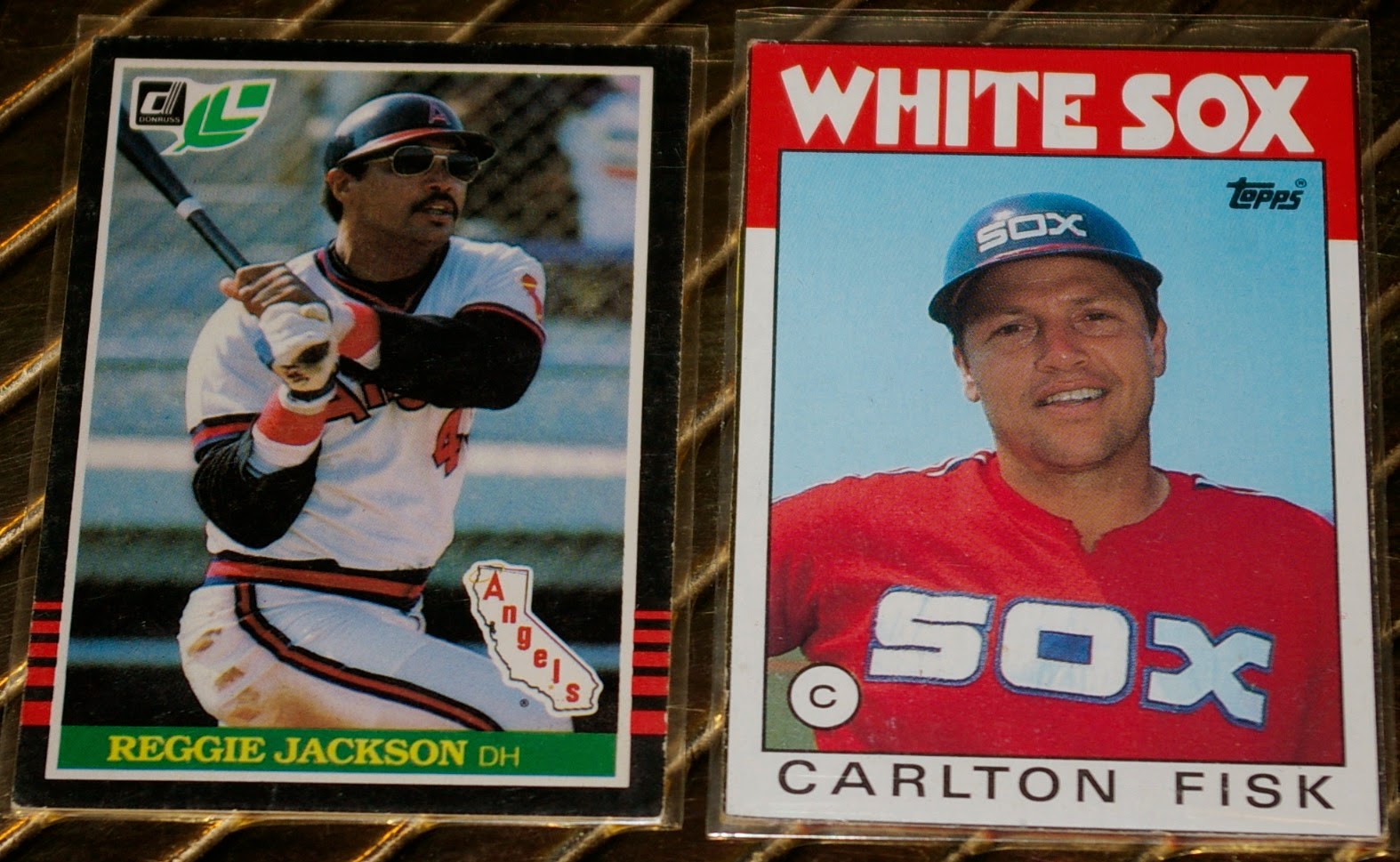 A couple mid 80s semi-oddballs from guys I semi-collect. Can't remember if I already had that 85 Leaf Reggie, but let's hope that dime wasn't spent in vain. I believe that bizarro 86 Topps Fisk is a box bottom, right? It appears to have been cut out.

I'm a sucker for mid 80s Fleer. I've always had so little in my collection that it seems fresh to me. Love that "Ouch!" card, though a photo of Baylor actually getting plunked would help it. And I couldn't resist that gem mint David Cone 87 Donruss rookie for a dime. 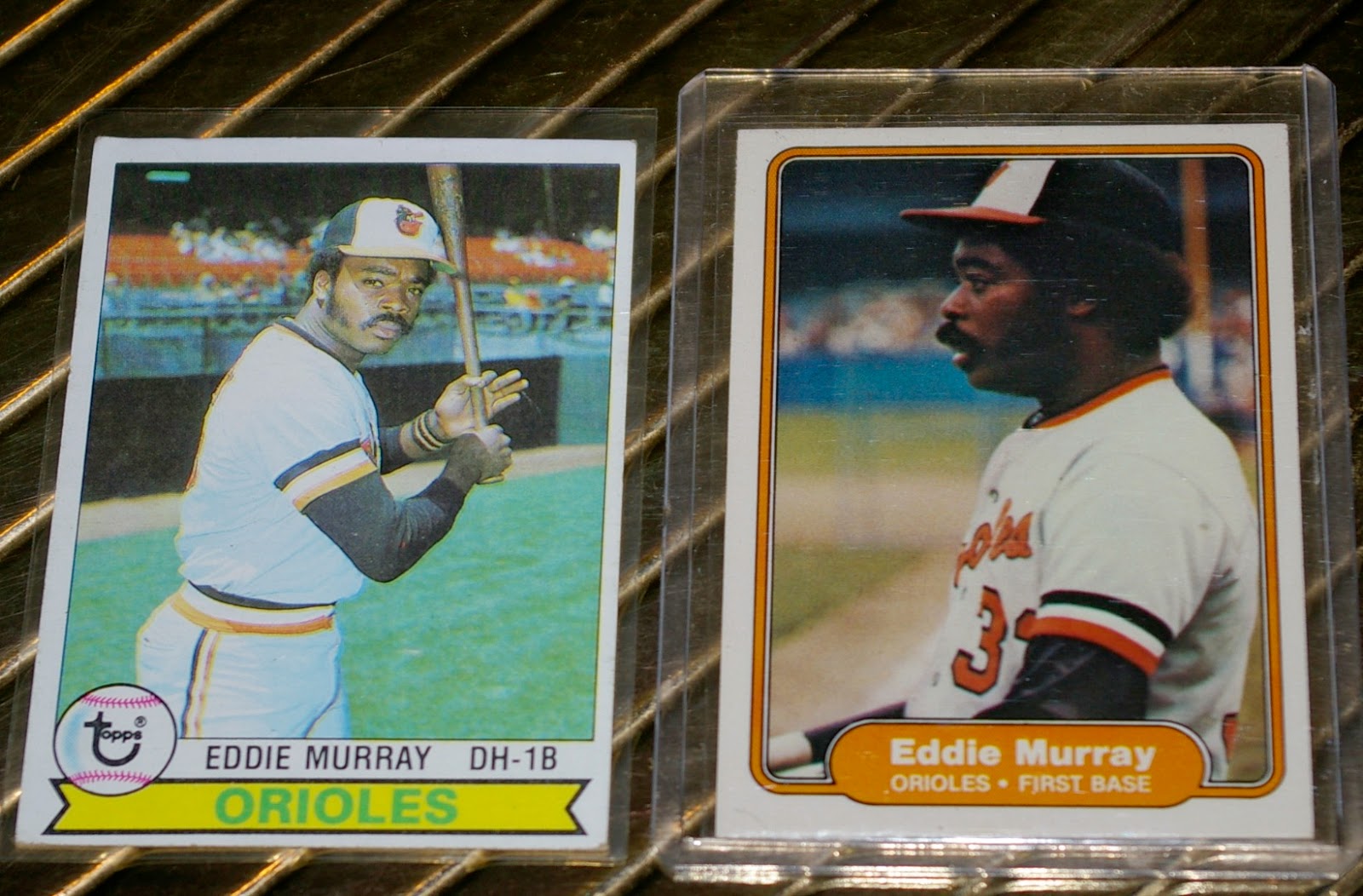 Ok, now we're cheating and getting into the late 70s a little. That Eddie Murray second-year has some nasty creasing I didn't notice when I bought it, but oh well. 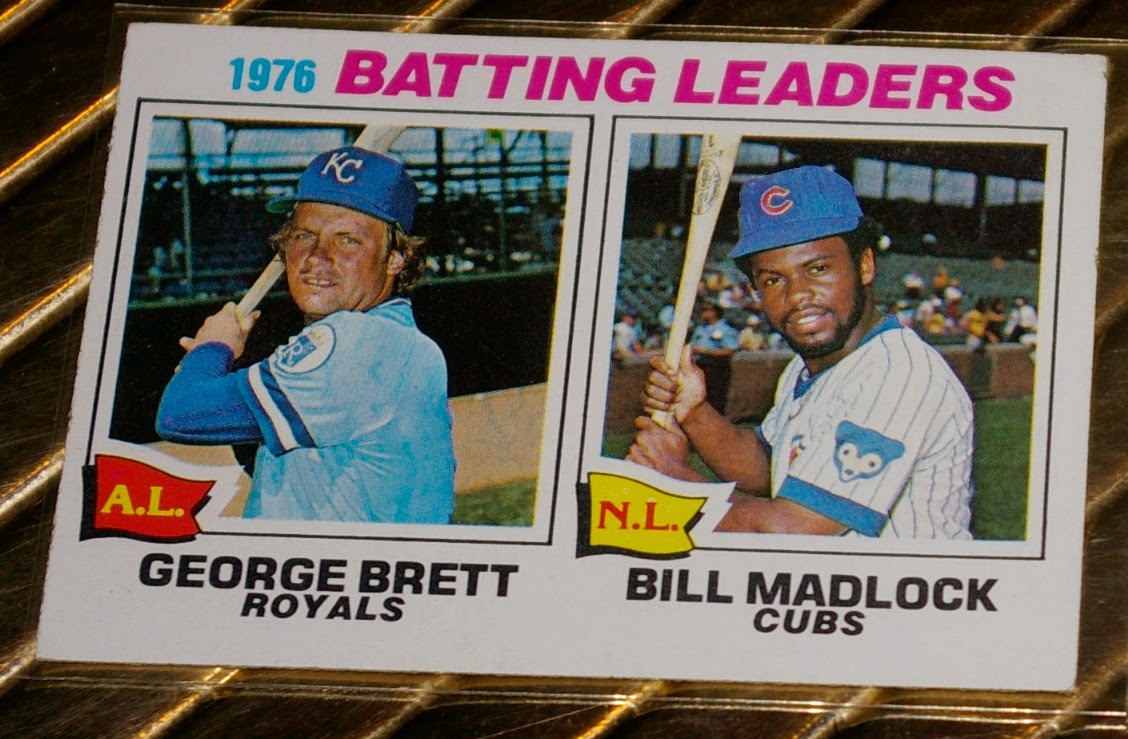 I've needed this card for my Bill Madlock collection for a while. The fact it's also an early George Brett appearance has made it tougher for me to track down cheaply. 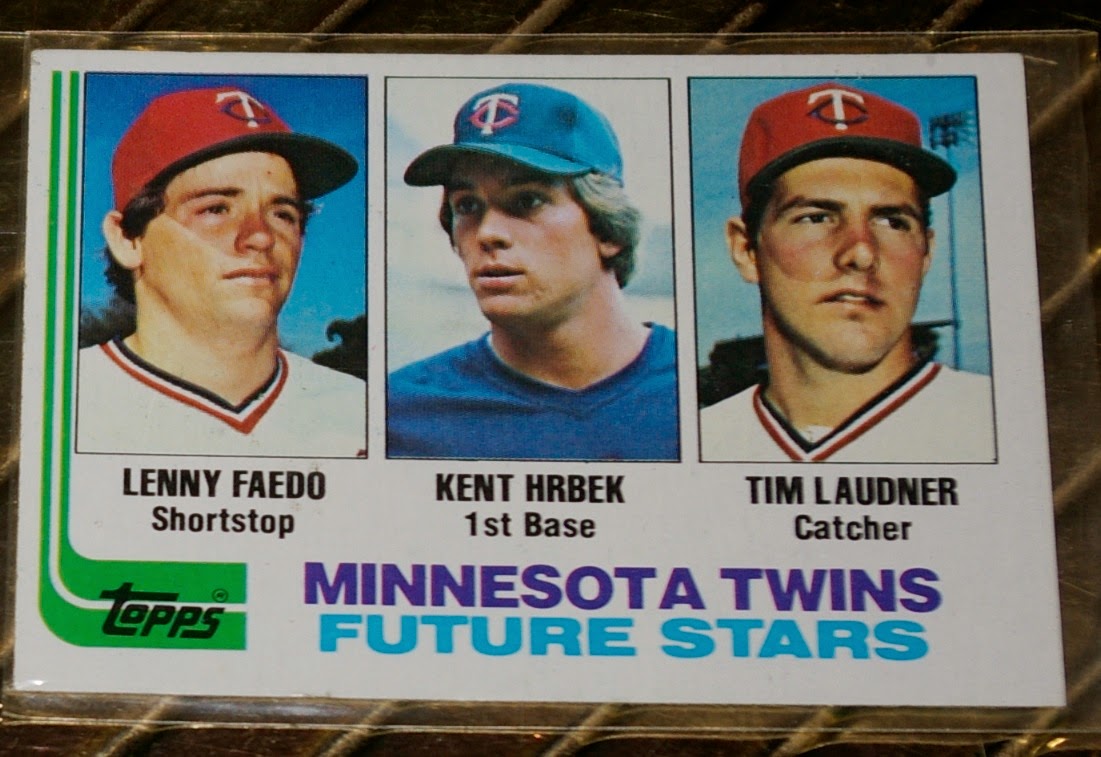 I ripped a lot of 82 Topps when I originally started collecting back in the early 90s.. My LCS had some boxes and it was the closest thing to vintage I could ever dream to open. I pulled the Ripken (still probably my greatest pull ever), but there were a few other big cards that eluded me, such as this Hrbek RC. So it feels rewarding to pick it up finally. (Still need the Chili Davis.) 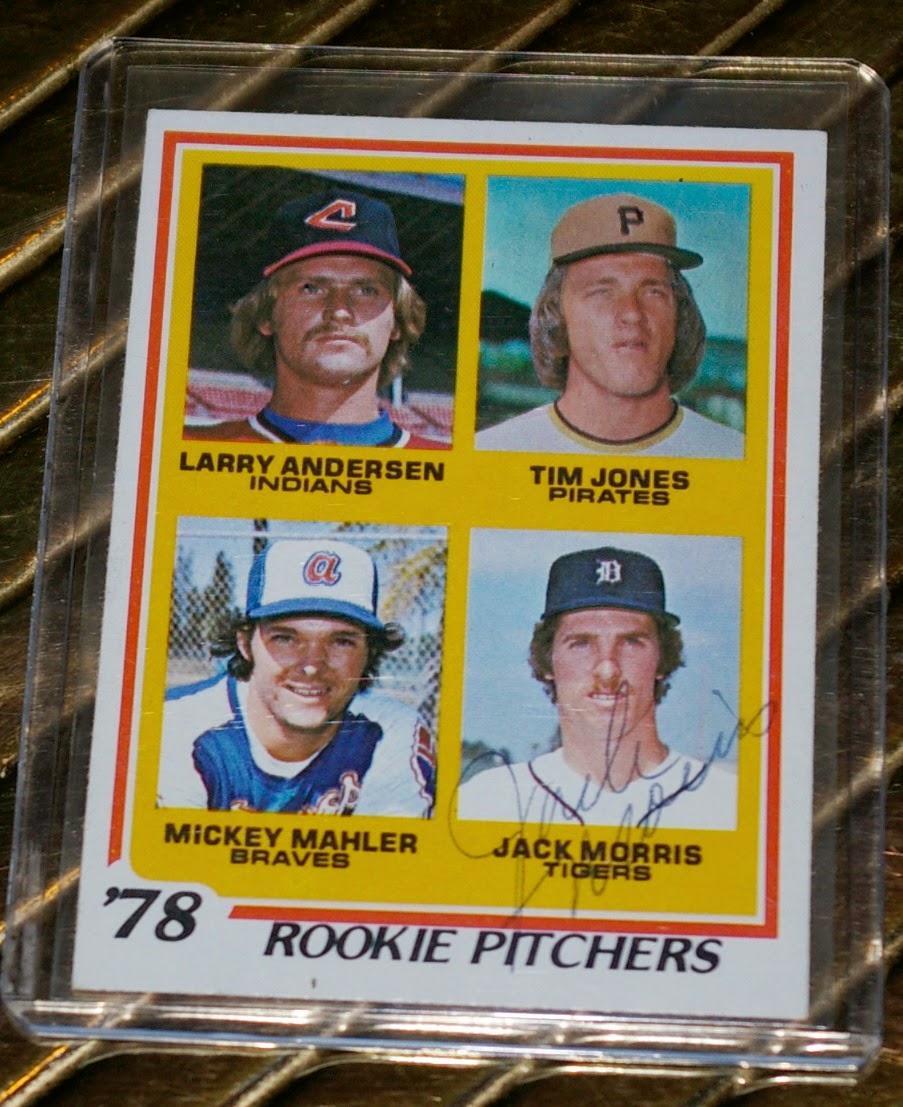 I already had one of these Jack Morris rookie cards, but when I noticed this one was signed, I went ahead and threw it on my stack. Pretty sweet.