I bought a dimebox: the quantity kings

Man, the next card show is this weekend and I'm still working on showing off the highlights of that box I bought last show. It's taking me a while to sort through it all, but I guess that's a good thing because I can stretch out the "new card fix" while I try to curtail my online card spending.

Of course you're gonna expect a few duplicates with something like this. A few cards in particular popped up pretty frequently. Luckily they were star players, so I wasn't complaining too much. 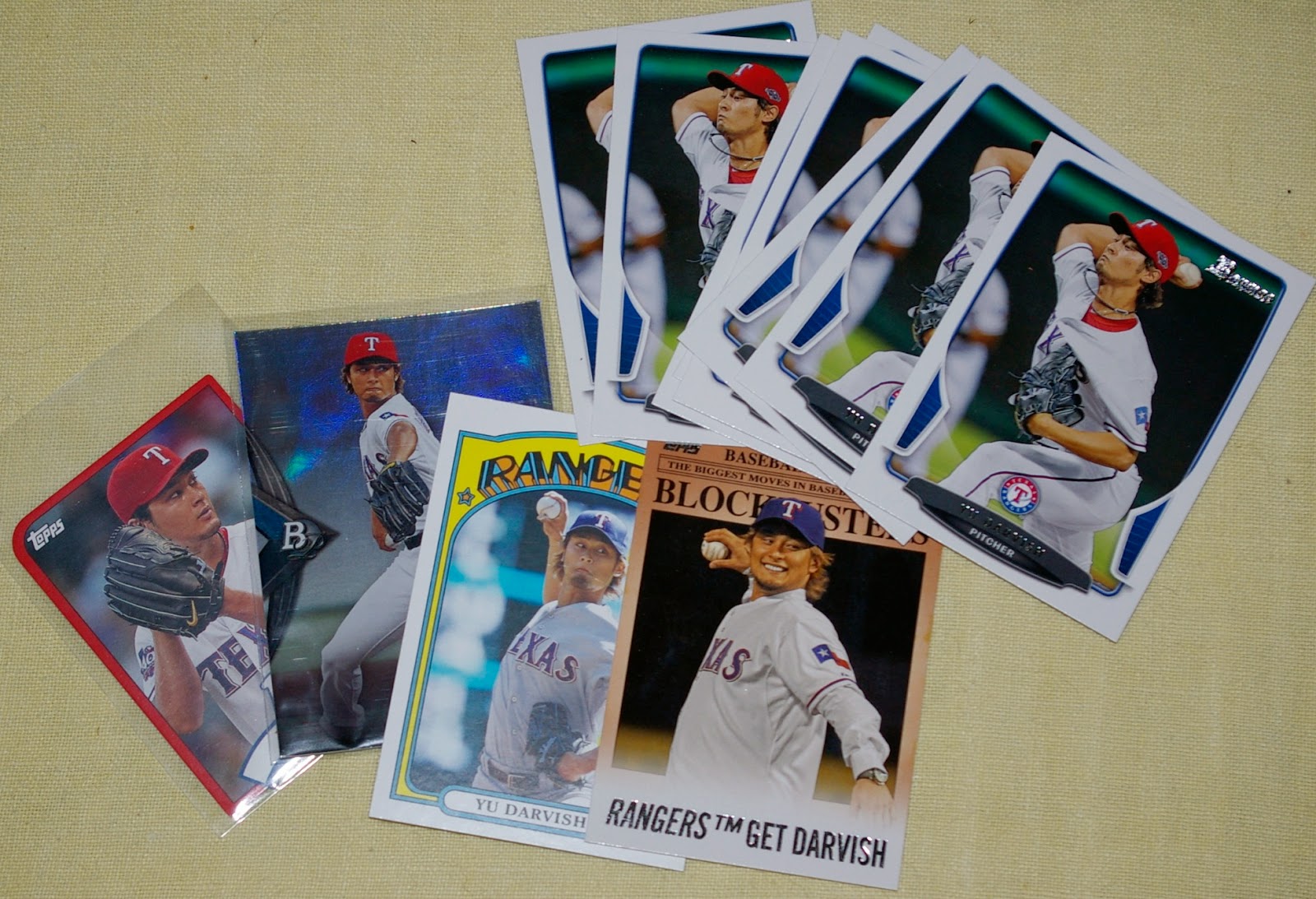 Darvish seems to be up and down with collectors. Pitches some great games (up!). Goes on DL (down). Repeat.
I like him, and passively collect his cards, so I'll definitely keep one of each of these. 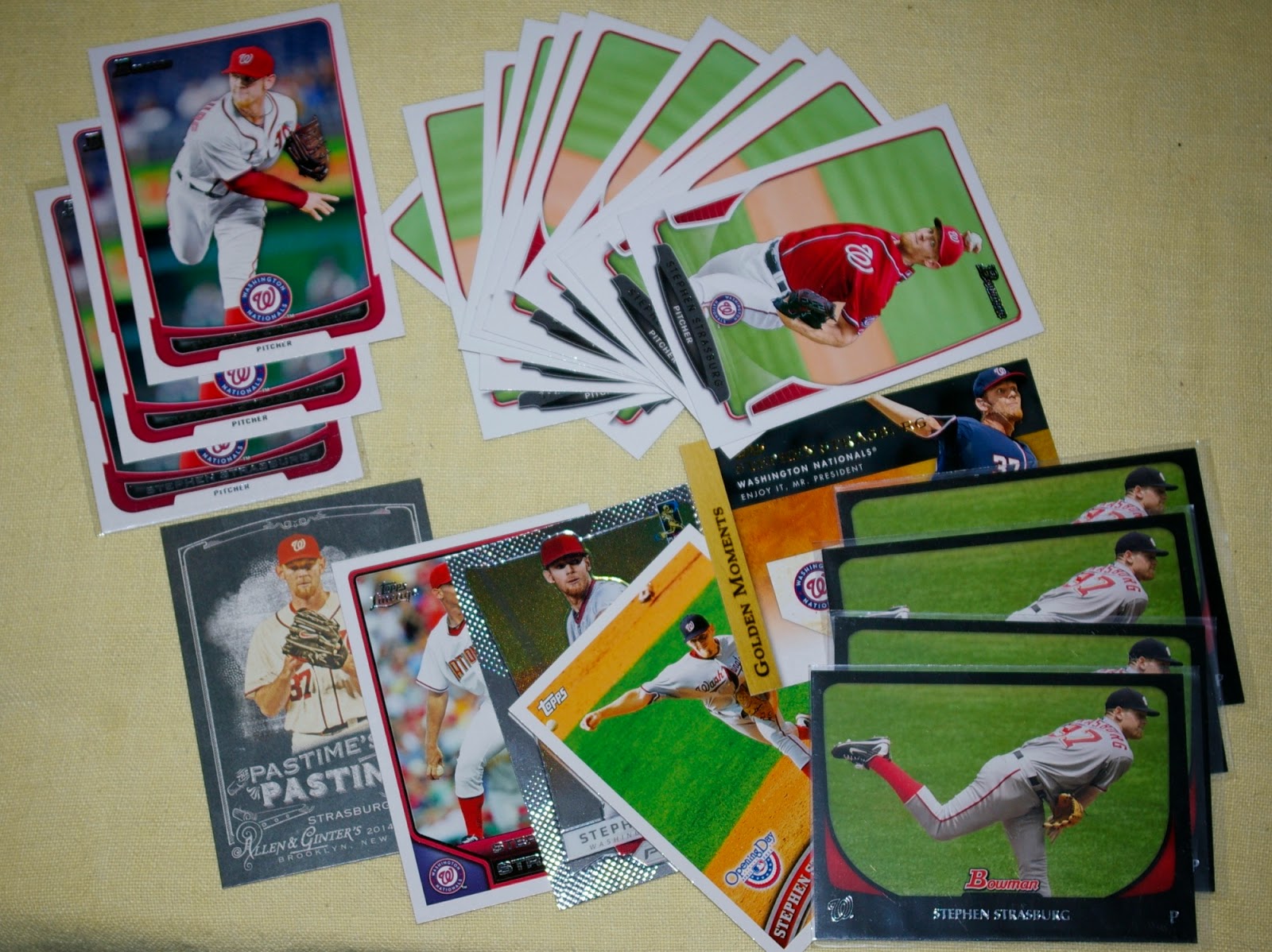 Strasburg is kinda similar to Darvish in that his hype has died down, but he definitely hasn't been a bust for his young career. I was kinda surprised to learn he led the NL in strikeouts this past season, in fact. I probably could/should collect him as a local East County SD guy (He went to a district rival of mine, West Hills High, as well as my alma mater, San Diego State University). Yeah, I guess I'll start gathering my Strasburgs together.. though one of each is good for me. 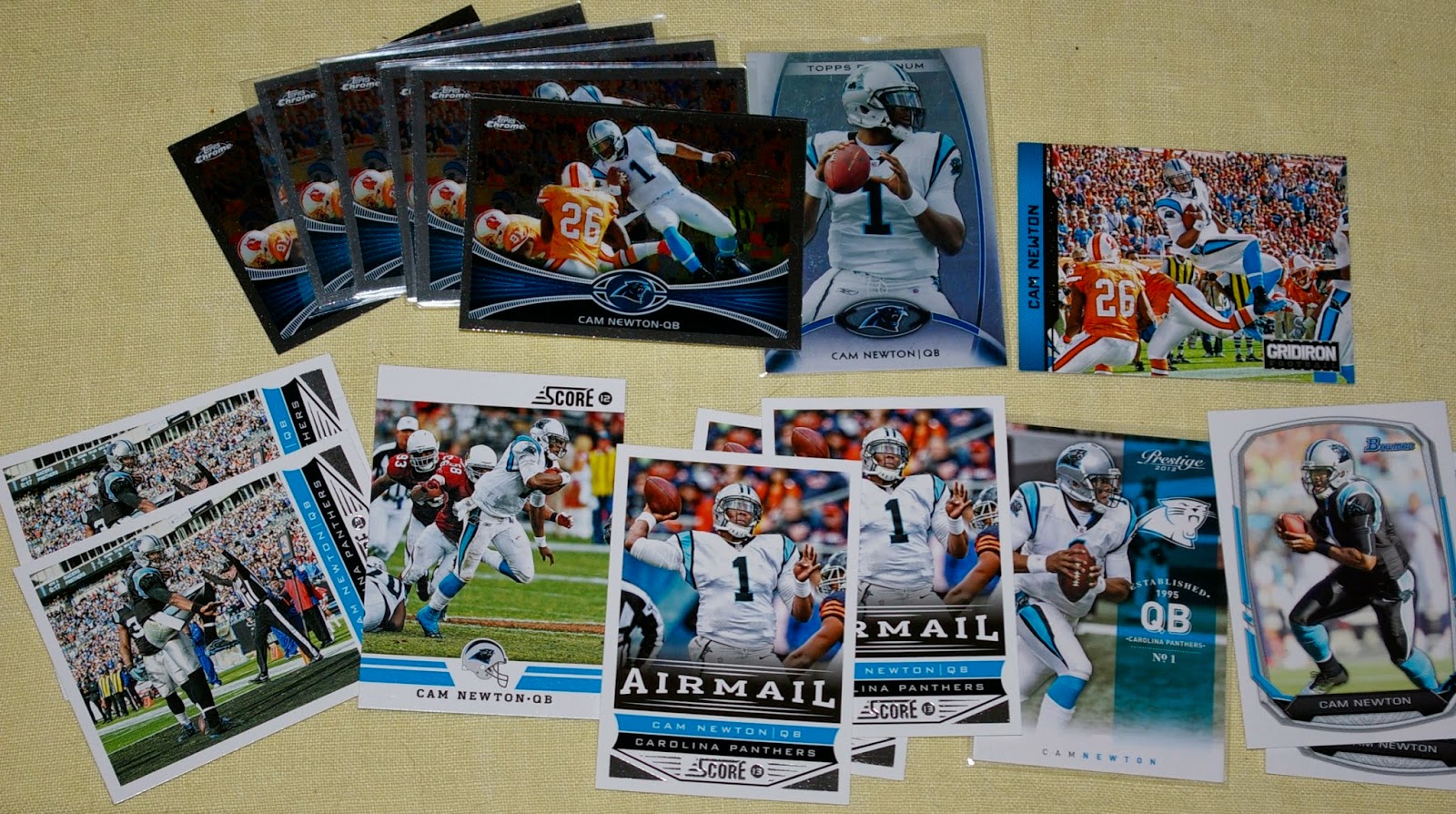 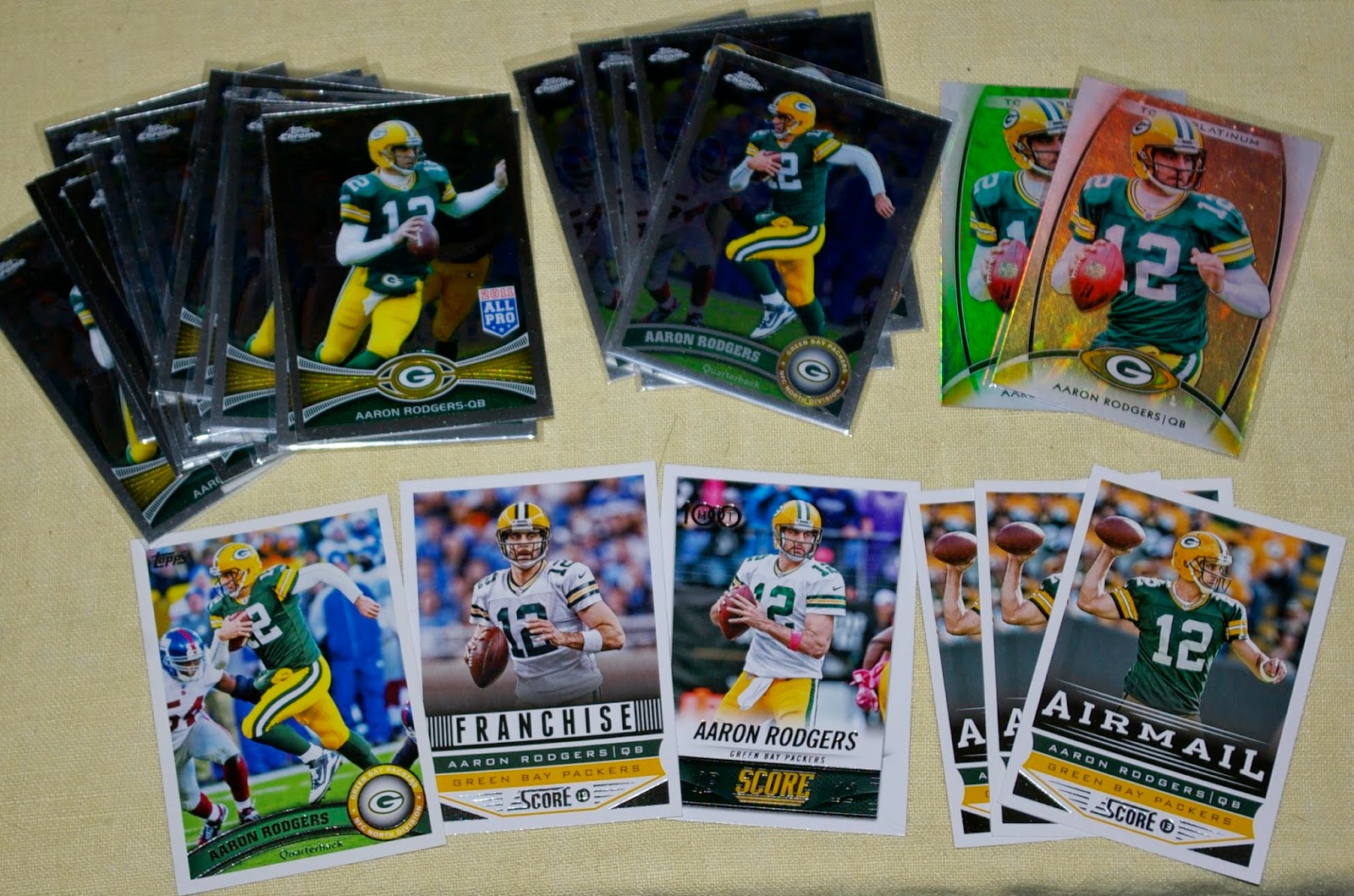 The kings of this particular dimebox are these two football QBs. Lots of Aaron Rodgers and Cam Newton cards, particularly 2013 Topps Chrome. Hey, there are worse guys to get a bunch of cards of for about a penny each! I'll Listia off these (and most of the football cards from the box) here and there over the next few months. With the baseball season over, I'll likely focus on selling small lots of football and basketball cards. (Pardon the plug, but you can check out my current Listia auctions here.) And of course I'm up for trades.
Posted by defgav at 4:00 PM