The curious case of Rube Rubilotta and his torn up uniform

I'd never heard of Rube Rubilotta, but I like his style. 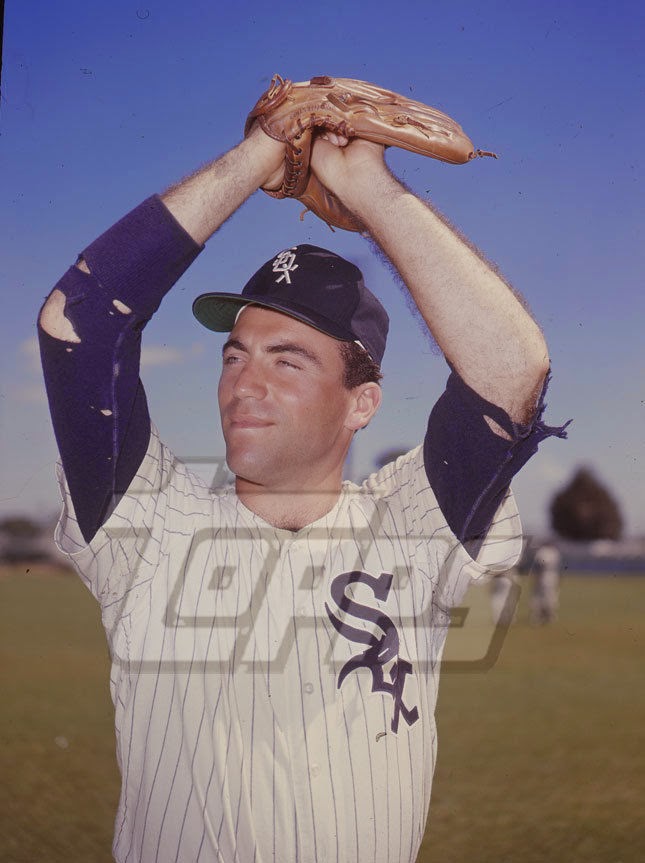 Just came across this photo from a Topps Vault auction. Every once in a while you see a photo of a baseball player who has a little rip on the knee of his pants due to a slide, but when have you ever seen a player simply wearing a tattered, old uniform like that?

This is the ultimate "I don't give a f*dge" baseball picture. Not only is his undershirt torn up to hell, but he's doing the ol' "pitching pose without actually holding a baseball" move. Andy "Rube" Rubilotta must have been the original baseball punk rocker.


The photo is from 1968. So he was ahead of his time, as punk didn't really break until the mid 70s. I wonder if he listened to protopunk like The Stooges and MC5.

Perhaps he was more of a Willie Nelson type. I can picture him on the back of a minor league team bus, lazily strumming an acoustic guitar between drags off a doobie. The guy's nickname was Rube, after all.

Maybe it was less of a lifestyle choice, and he just happened to end up with a ratty shirt. Could have been his "lucky shirt" or something. Perhaps they were just running out of good shirts on that particular day in spring training. 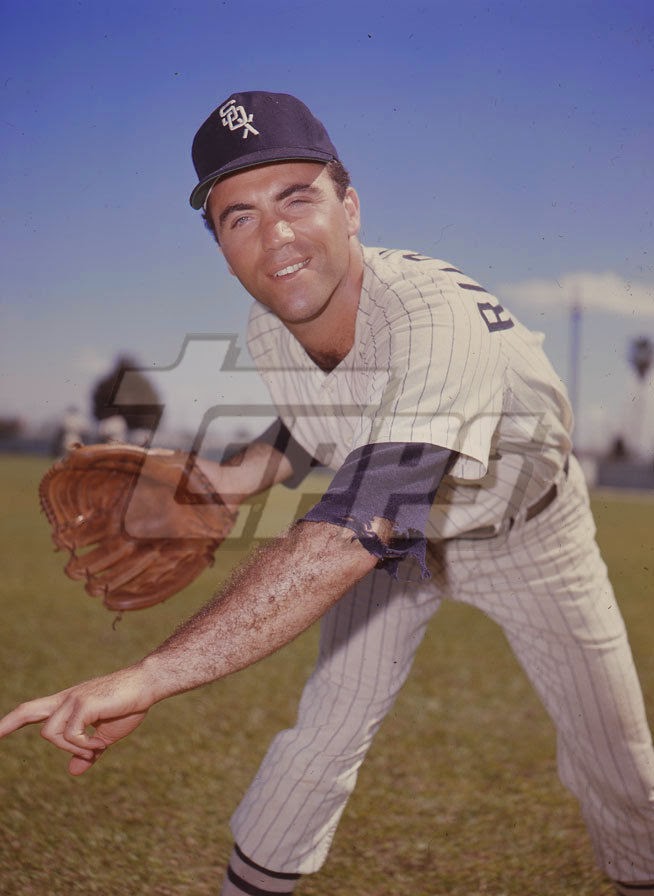 Rube never reached the majors nor got a Topps baseball card produced with his likeness. His stats at baseball-reference show that only one year on the farm did he have a winning record, squeezing by at 3-2 in 1965.

His shirt reminds me of the old Bo Jackson shirt I posted about way back in this blog's embryonic stage. I still have it and have worn it several times since that post (only to bed, though.. I wouldn't wear it outside, much less be professionally photographed in it.) 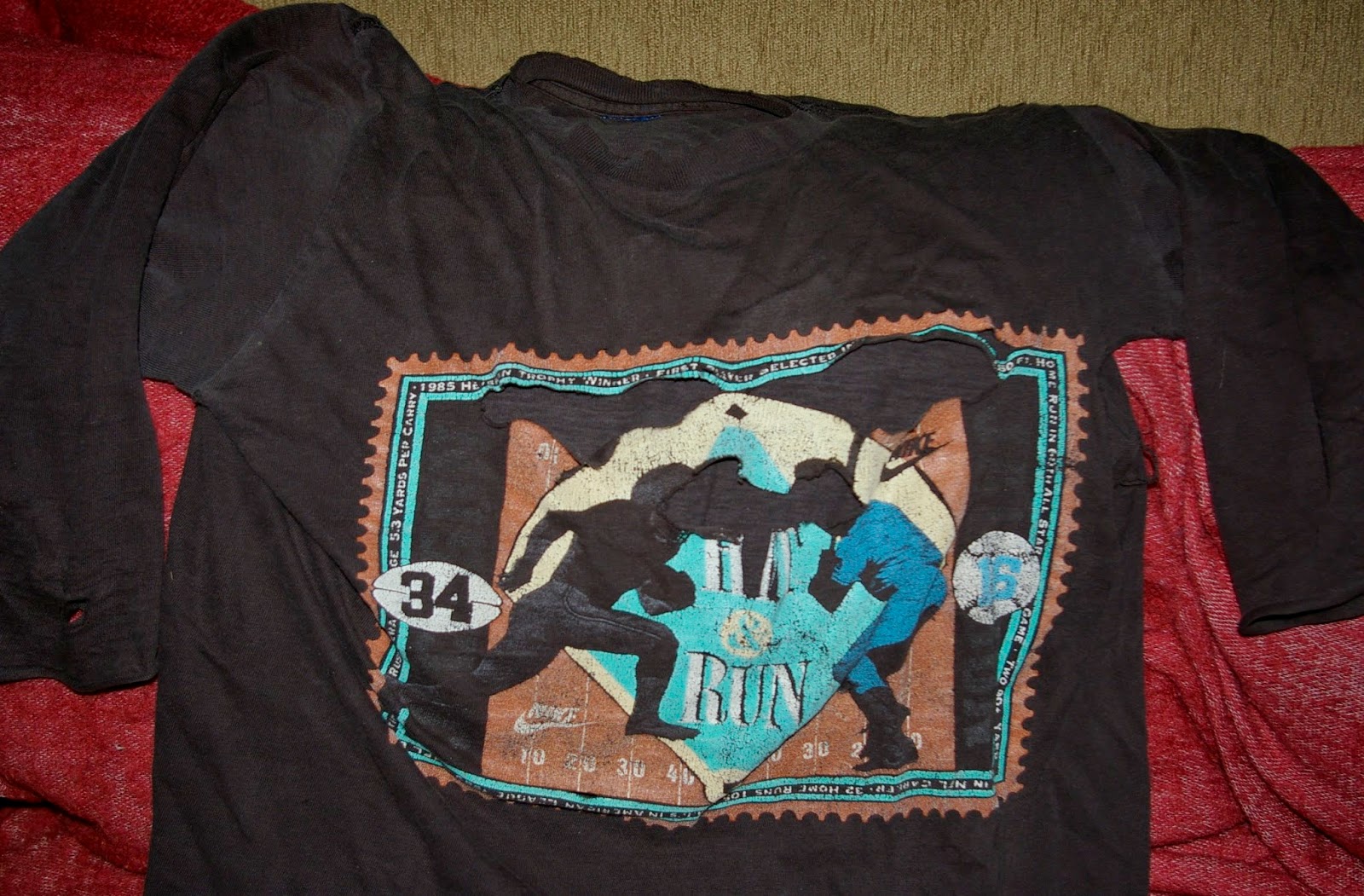 It didn't take much snooping to find out that Rubilotta himself may also be a bit worn, but still kicking. 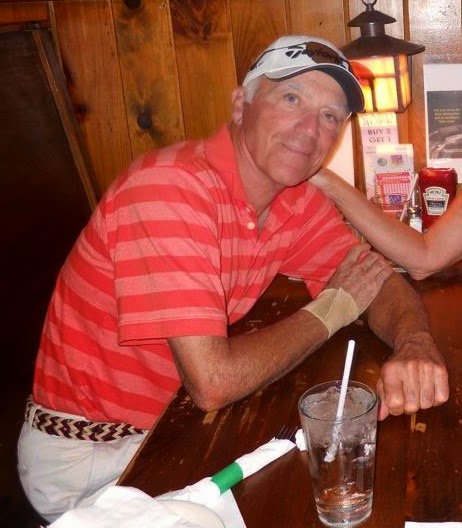 71 years young. His clothes seem to be in good shape these days. All the best, Rube!
Posted by defgav at 10:34 AM

Email ThisBlogThis!Share to TwitterShare to FacebookShare to Pinterest
Labels: Americana