When I first started up this blog, the first blogger I reached out to was Rod at Padrographs. I was very excited to meet another card blogger in Portland.. and a fellow Padres fan, at that! He was really nice and gave me a good plug on his blog, helping me get my first few readers. It wasn't too much longer that I came across Cards and Cards and realized the author was also in Portland. That was very cool, too, even with Kerry being a Cardinals fan.

I gotta admit that I had dreams of us three, the Portland Baseball Card Bloggers Triumvirate, getting together for in-person trading, regular box-break nights, recording podcasts, and becoming bestest buds. That hasn't happened, but it's cool. People got their own stuff going on. It hasn't been since the early 90s that I had "IRL" friends to trade and talk cards with. That would be nice, but I'm grateful for you awesome folks of the cardosphere that I can interact with, even if it's not face-to-face.

Anyways, Kerry has a reputation of being a great trader, so I've been trying to work out a trade with him for a while now, in-person or otherwise. Took a while, but we recently completed our first trade. I shot him a PWE with my extra Target Topps coupons over the summer after he expressed interest in them. And then after I hadn't heard/received anything back after a while, I sent him a reminder in the form of a few random Cardinals cards he might need. He responded with a nice mailing of a bunch of guys I collect. Let's take a look!

Some Bryces and a Puig! 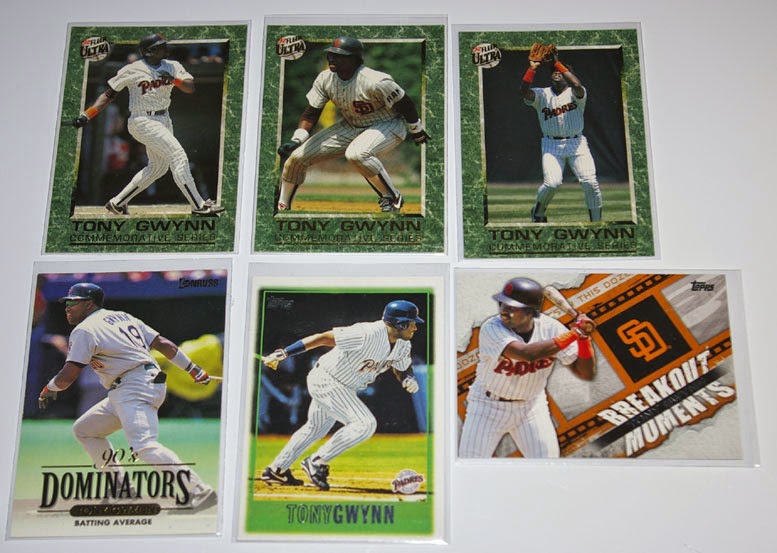 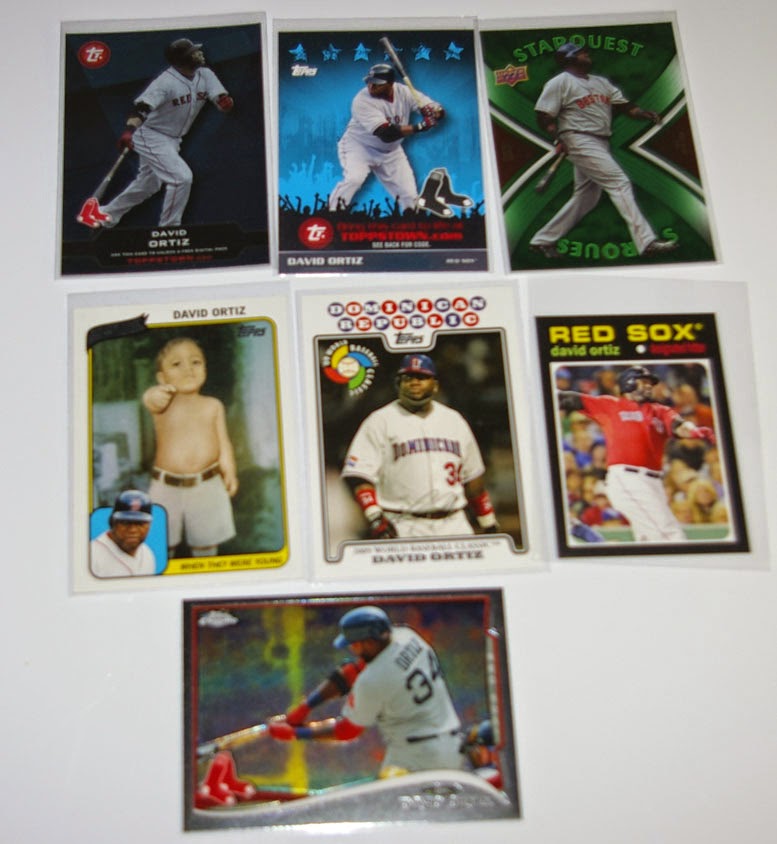 My Big Papi PC has grown exponentially this week, not just we this sweet batch from Kerry (that "when they were young" photo is mind-blowingly insane!), but also a bunch from Alex Markle which I'll show soon. 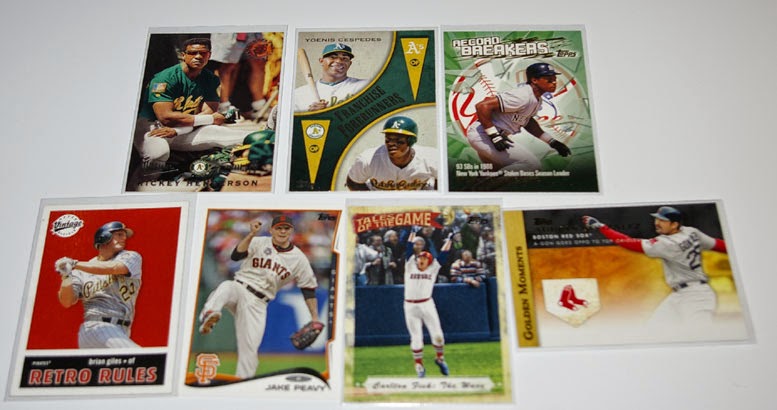 Here're some more cards of dudes I collect. 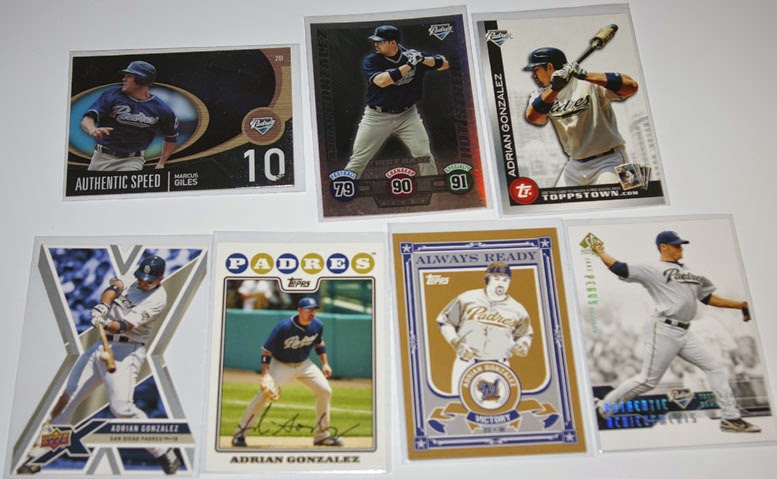 And some more Padres. Very cool. 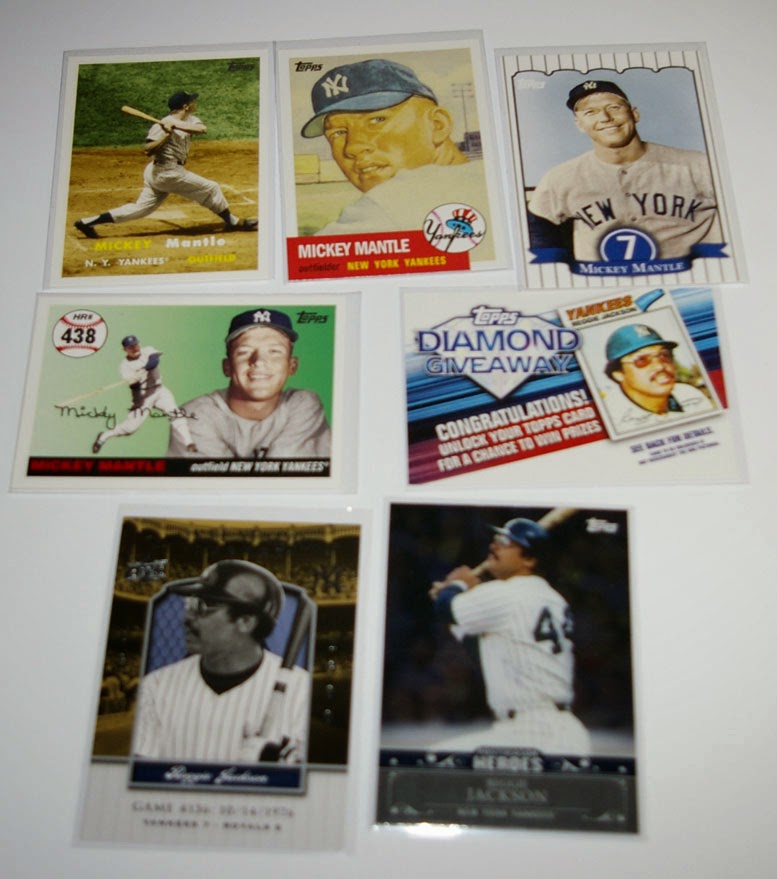 Great cards! Thanks again, Kerry, my fellow Portlandian!  I hope we can trade again sometime, perhaps even in person someday.

Comments question time:
Have any of you guys met up and/or traded in person with somebody you met on the blogosphere?
Posted by defgav at 3:25 PM