Nothing splendid about these Ted Williams cut autos

I was poking around on eBay recently looking at Ted Williams autos, dreaming of the day I might be financially irresponsible enough to drop a paycheck for one, and I noticed a couple hilariously bad cut signatures. 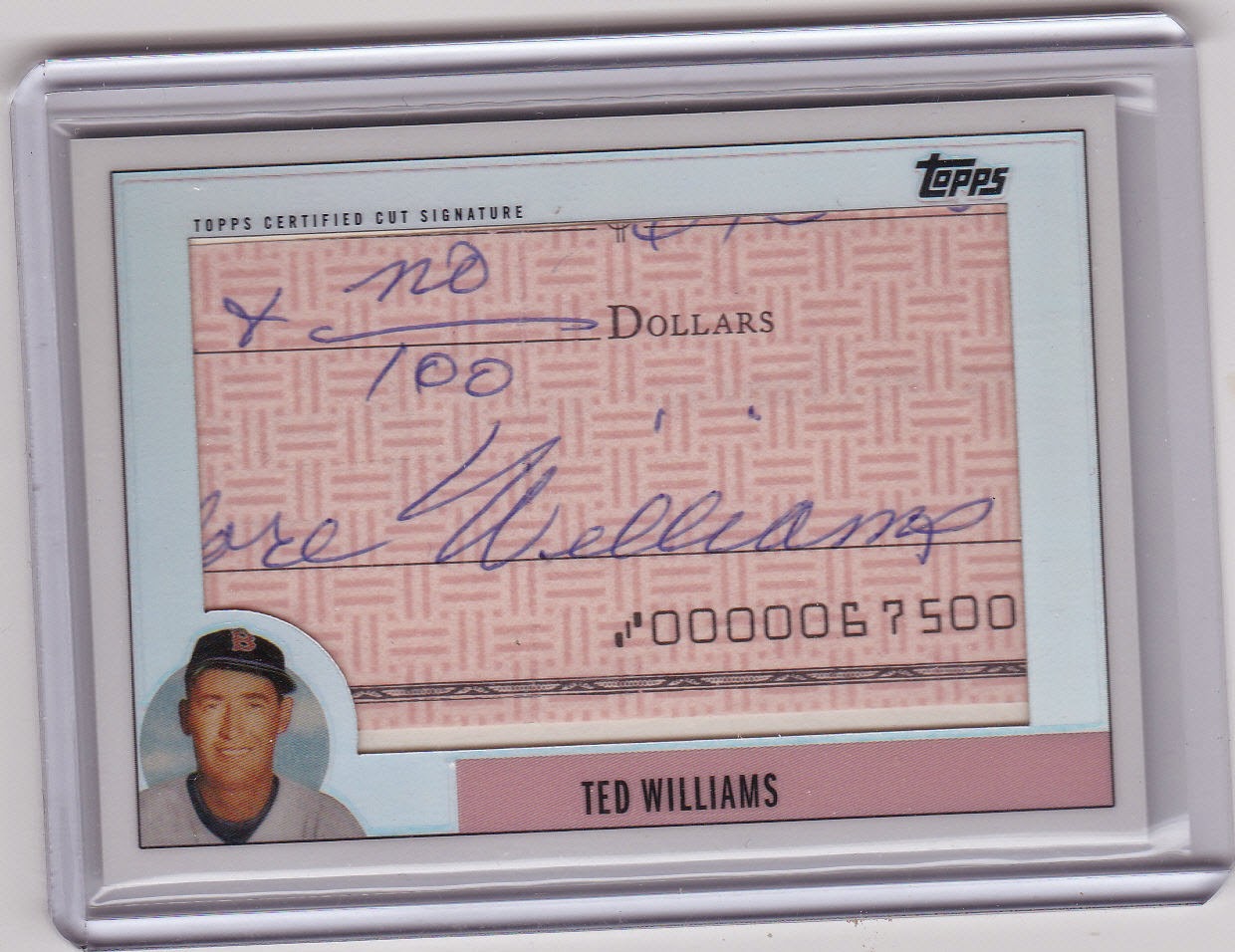 Seriously, Topps?! Your cut auto is a CUT auto!-- blatantly cutting off a big chunk of the man's signature. I can picture the Topps crew groaning, "If only he signed his checks Ted instead of Theodore." This autograph is essentially worthless to anyone with a shred of respect thanks to Topps chopping it to fit in their card design. Just sad. They should have made it into a box topper or maybe even a booklet to fit the full signature.

Now, how about this one.. 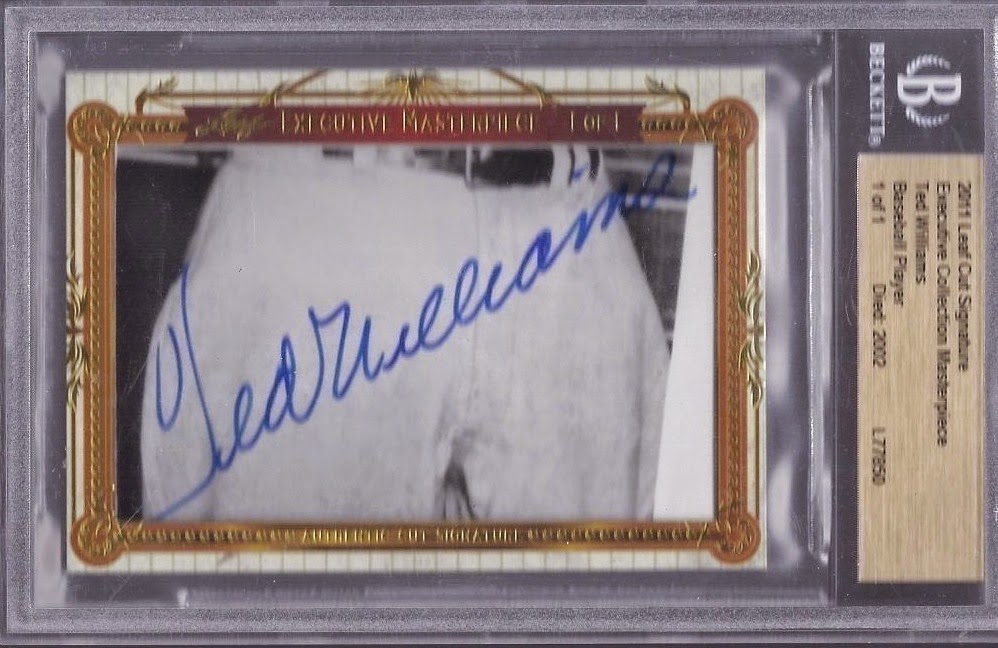 Ah, here we go. Hey, who wants to pay a few hundred bucks for a nice autographed picture of a man's crotch? You're in luck! Thanks for putting out this 1/1 crotch auto, Leaf! And you just gotta shake your head thinking about the perfectly fine signed postcard or whatever they butchered in order to make this "card."

So which would you rather have? The partial signed check or the crotch shot?
Posted by defgav at 3:59 PM