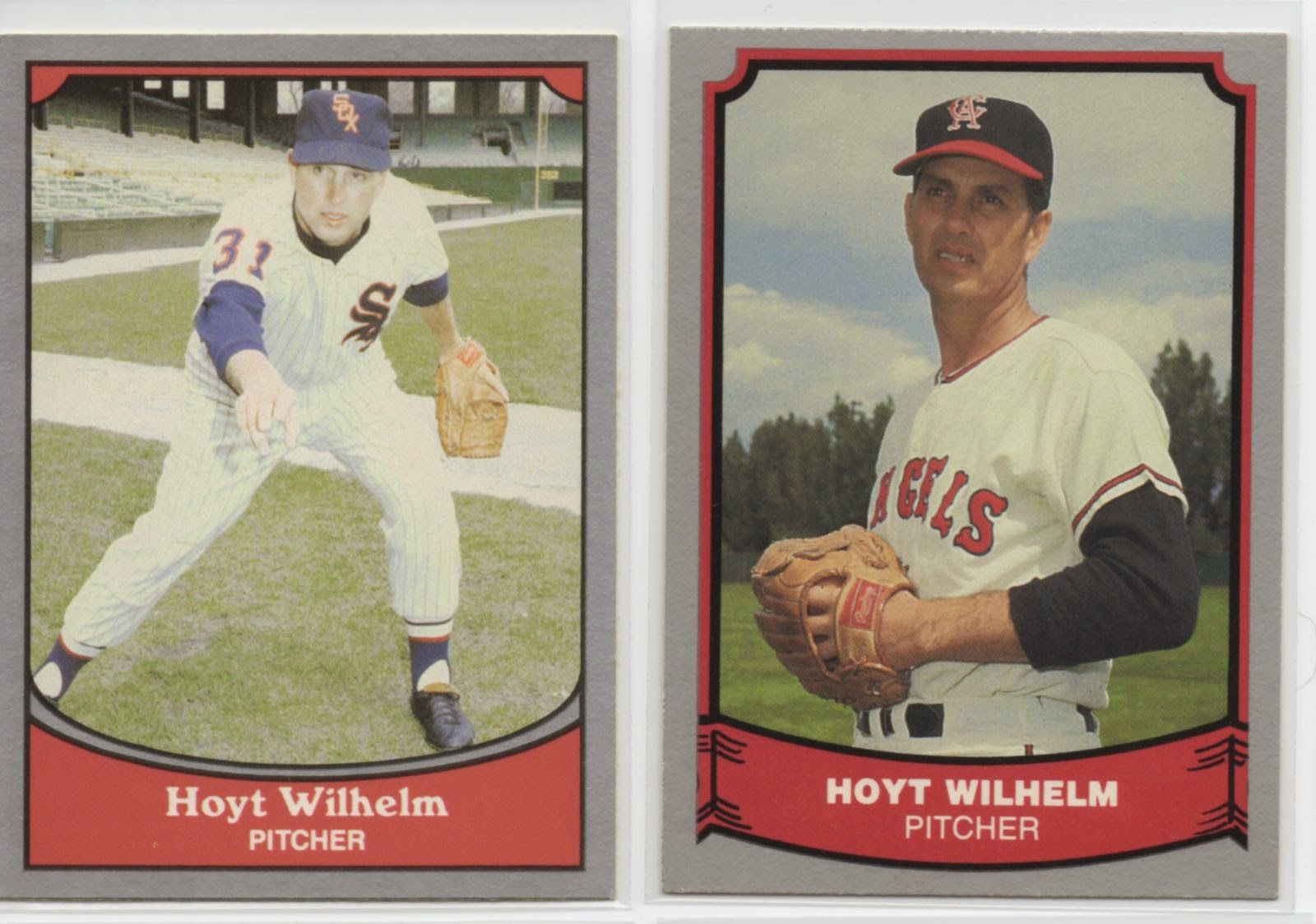 Here are a couple Pacific Legends cards. The one on the right is notable for being a rare instance of Hoyt's time in Anaheim being documented on cardboard. He was only an Angel for the first part of the 1969 season, so Topps missed the boat on featuring him in a non-airbrushed Halos uniform. 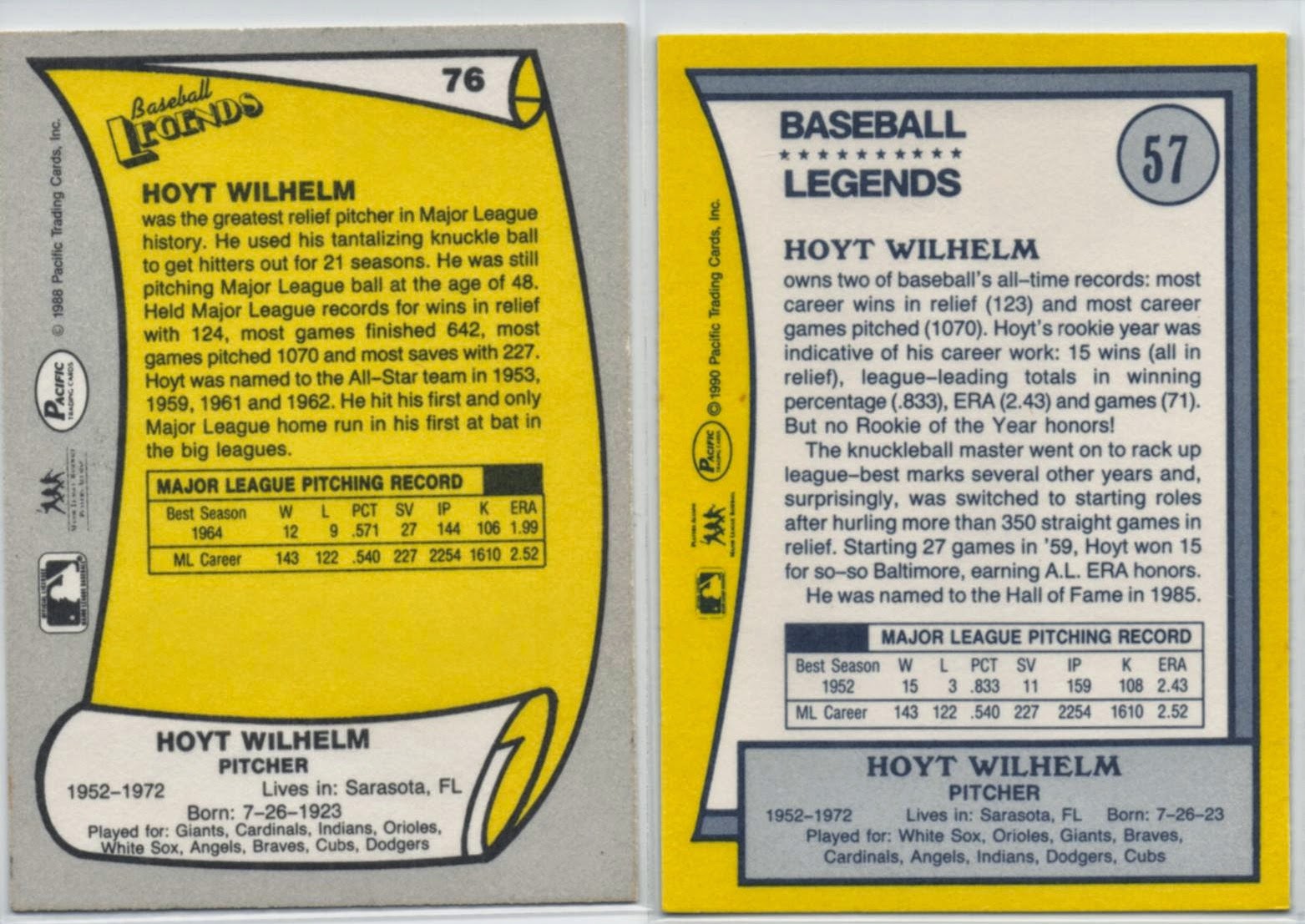 It's funny how the stat boxes on the backs disagree on which was Hoyt's best season. In 1988, whoever was in charge of the backs gave the nod to 1964, when Wilhelm tallied a career-high 27 saves. But in 1990, they thought it over and decided to go with his impressive rookie year of 1952, with that nice winning percentage and ERA crown. 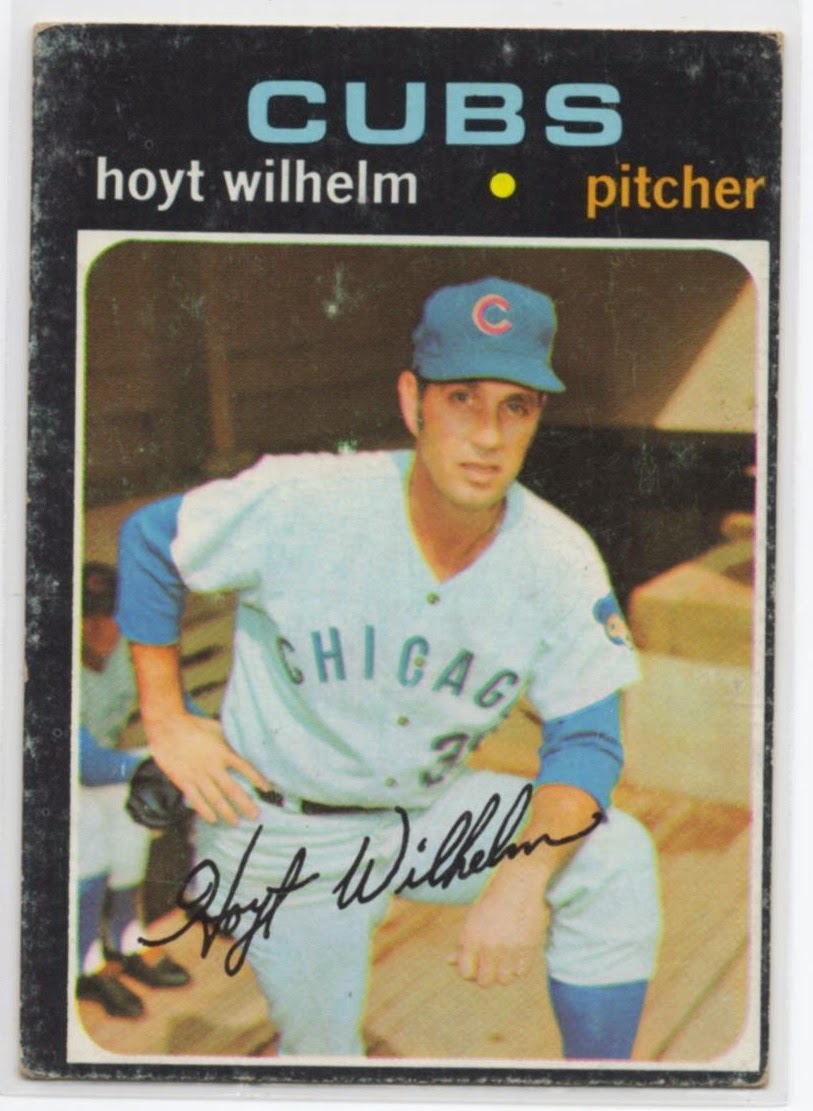 Hoyt bounced around with a lot of teams, especially later in his long career, and here's a rare instance of Topps getting a real photograph of one of his short-term stops. He was only a Cub for 3 lousy games to close out the 1970 season. I suspect the back photo might be a doctored Braves uniform, though. 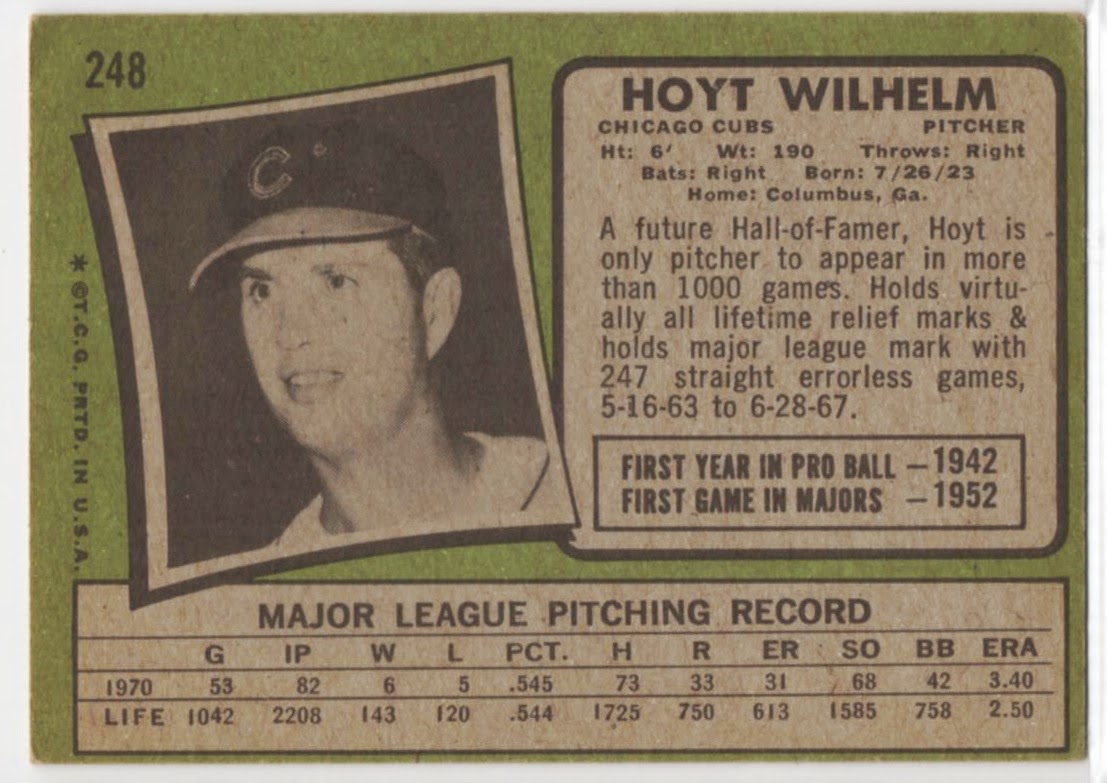 It took till his 8th time on the ballot, but Topps got it right when they called him a future Hall-of-Famer. It's funny how the backs of later Pete Rose cards say words to the effect of "No way in hell he doesn't make the HOF! Bet you a million bucks!" There are probably a few Bonds, Clemens, and McGwire cards that make Cooperstown boasts, as well. That'd make for a sad little minicollection: cards that mention the guy is a HOF lock, but he ended up not making it. 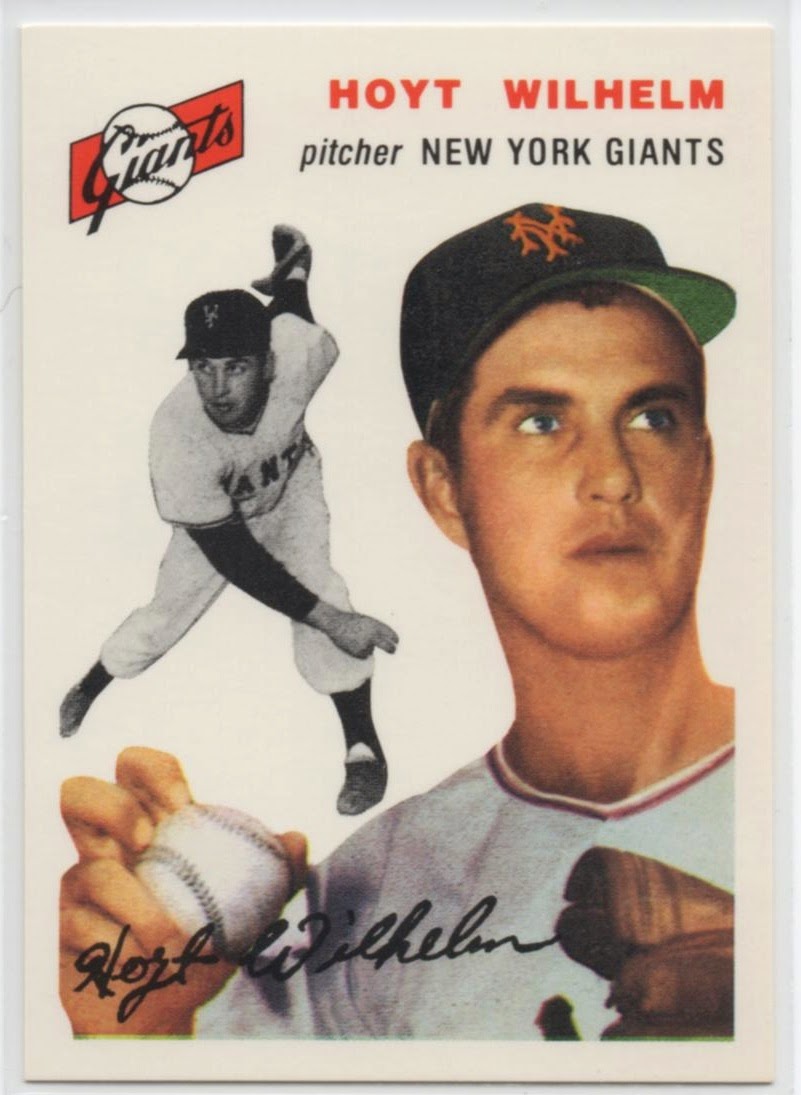 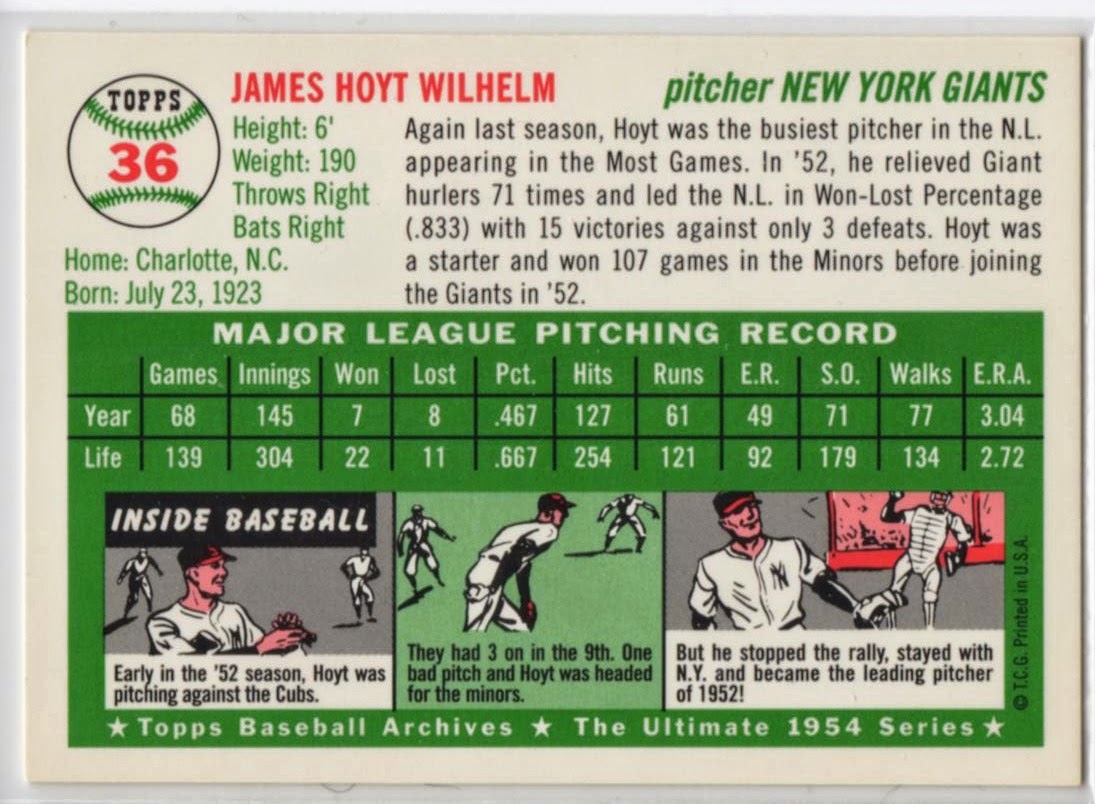 Gotta love when a card has a comic strip on the back. Not just a cartoon, but a whole strip! 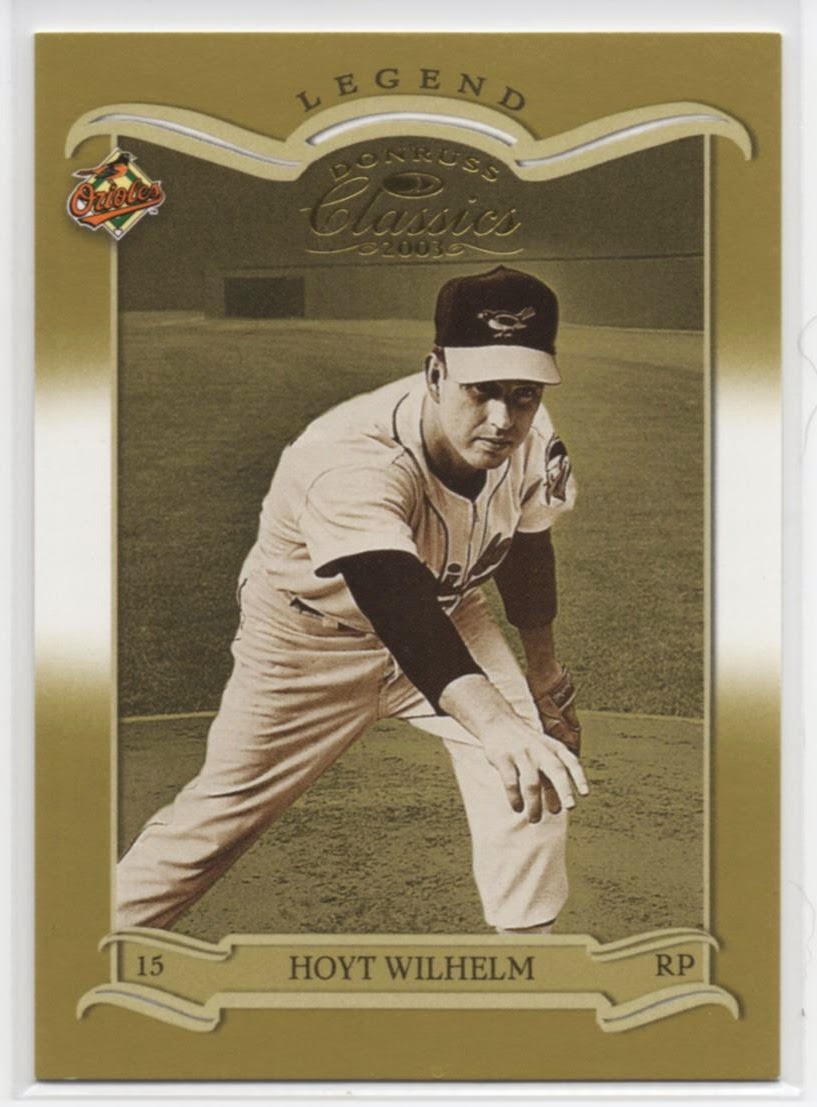 This is a cool card I got from Dimebox Nick a while back. Hate to admit it, but I'm a sucker for a serial numbered card, even with a large print run of 1500. 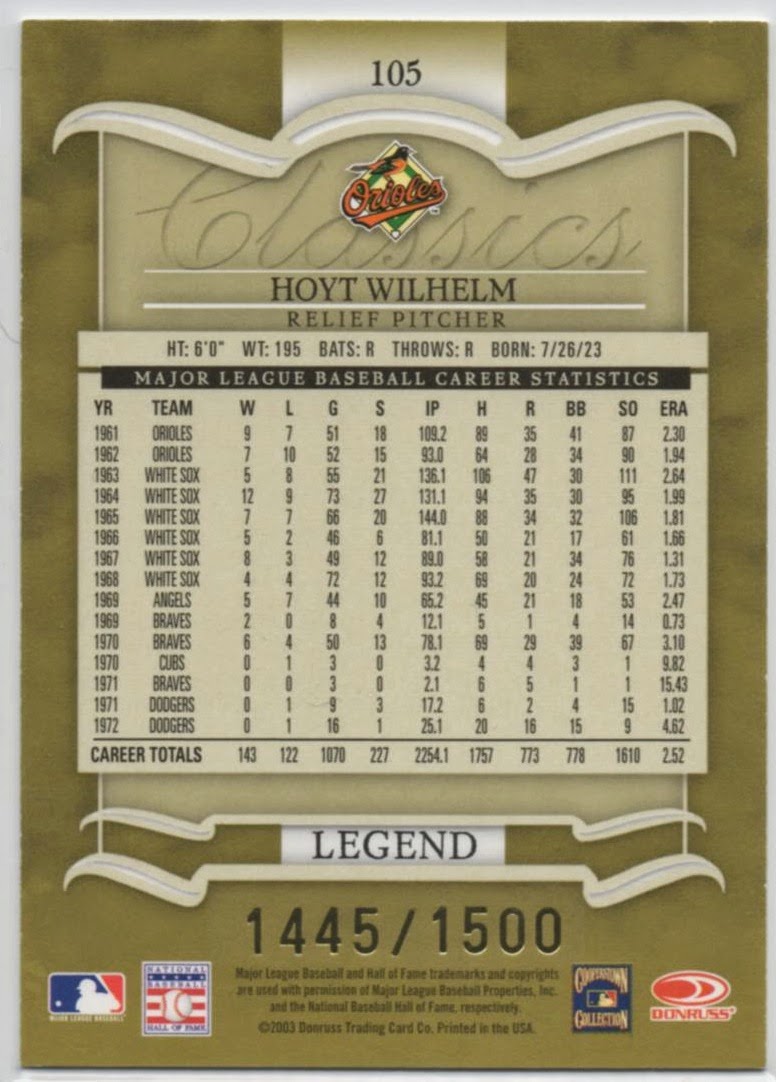 Let's close this week's Wilhelm Wednesday with a sweet hit.. 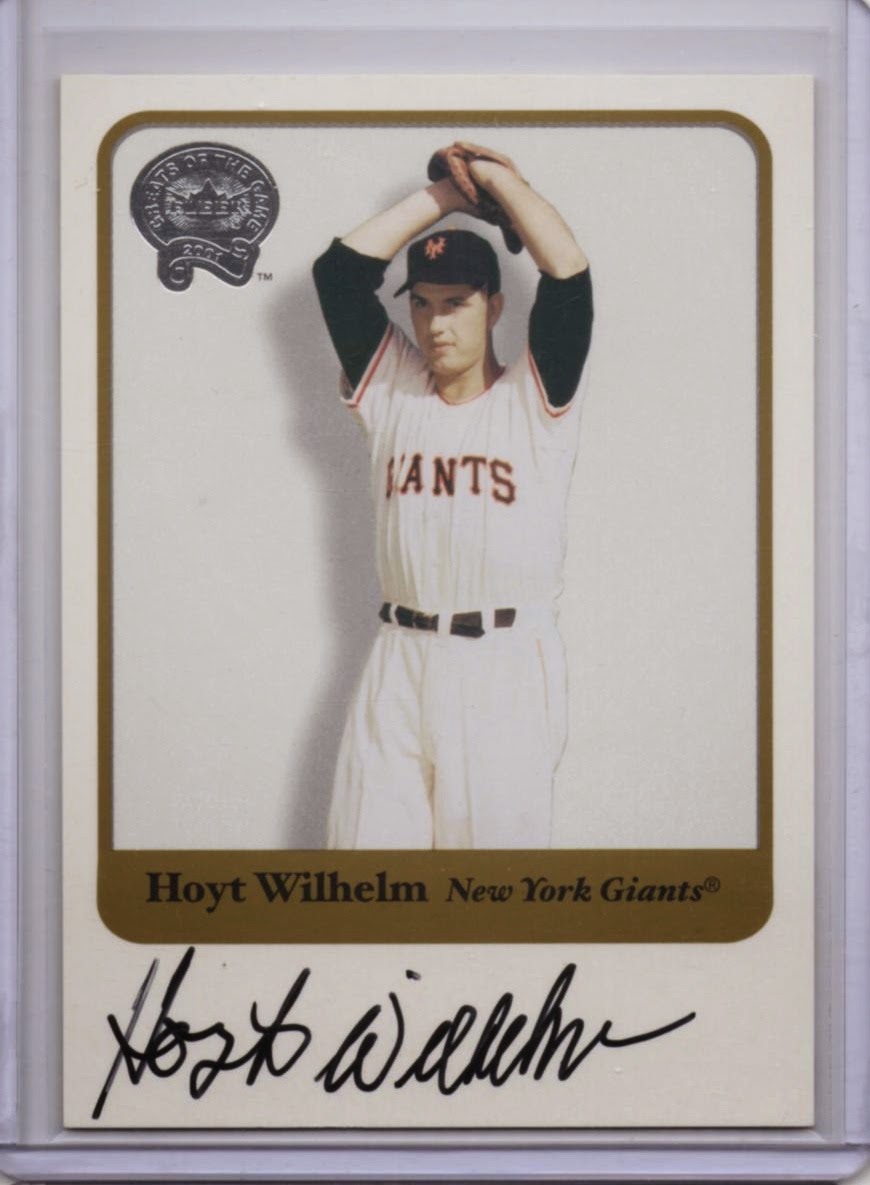 These Fleer Greats of the Game cards are great for getting affordable on-card autographs of many.. well, greats of the game. 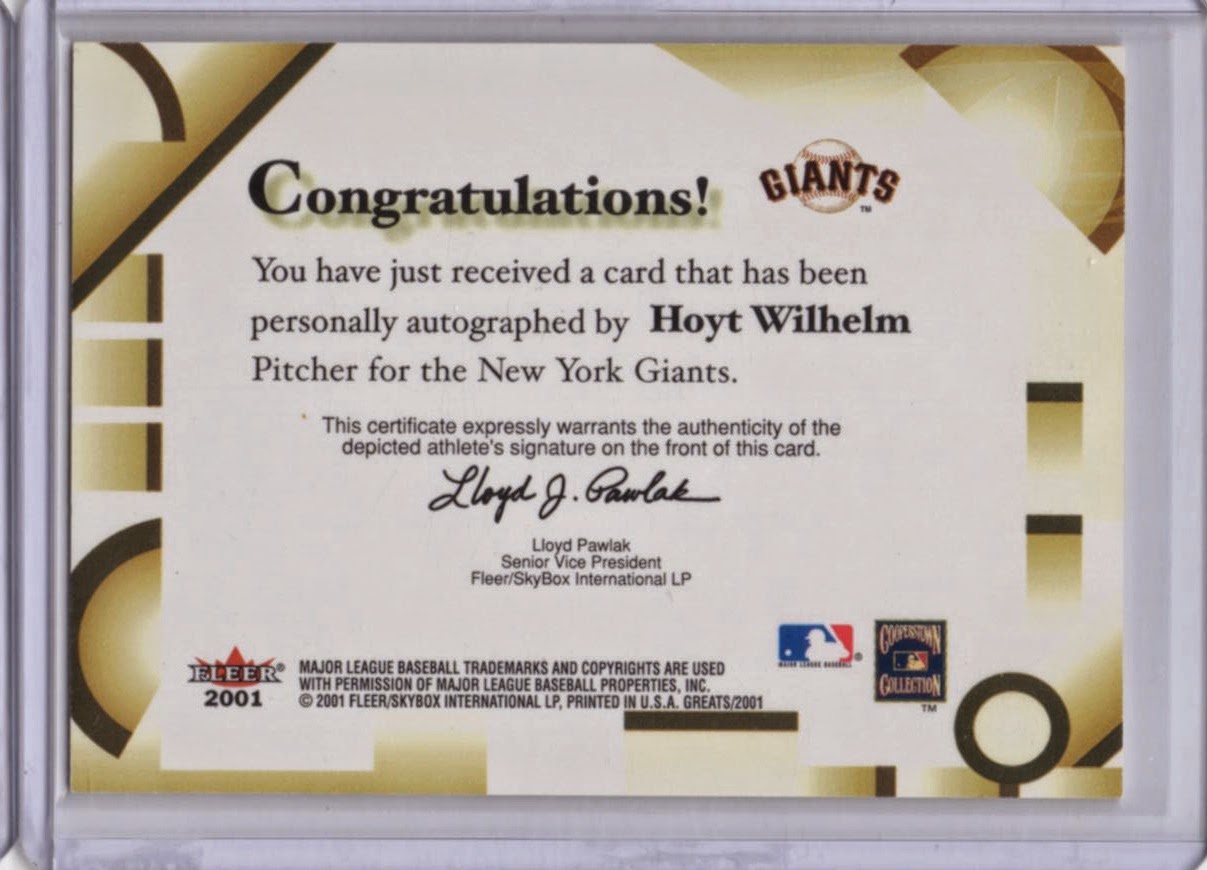 Hoyt passed away the following summer at 80. He definitely lived a full life, that's for sure.

That's it for today. We'll close out Hoytember next week with a few more cards.
Posted by defgav at 3:53 PM