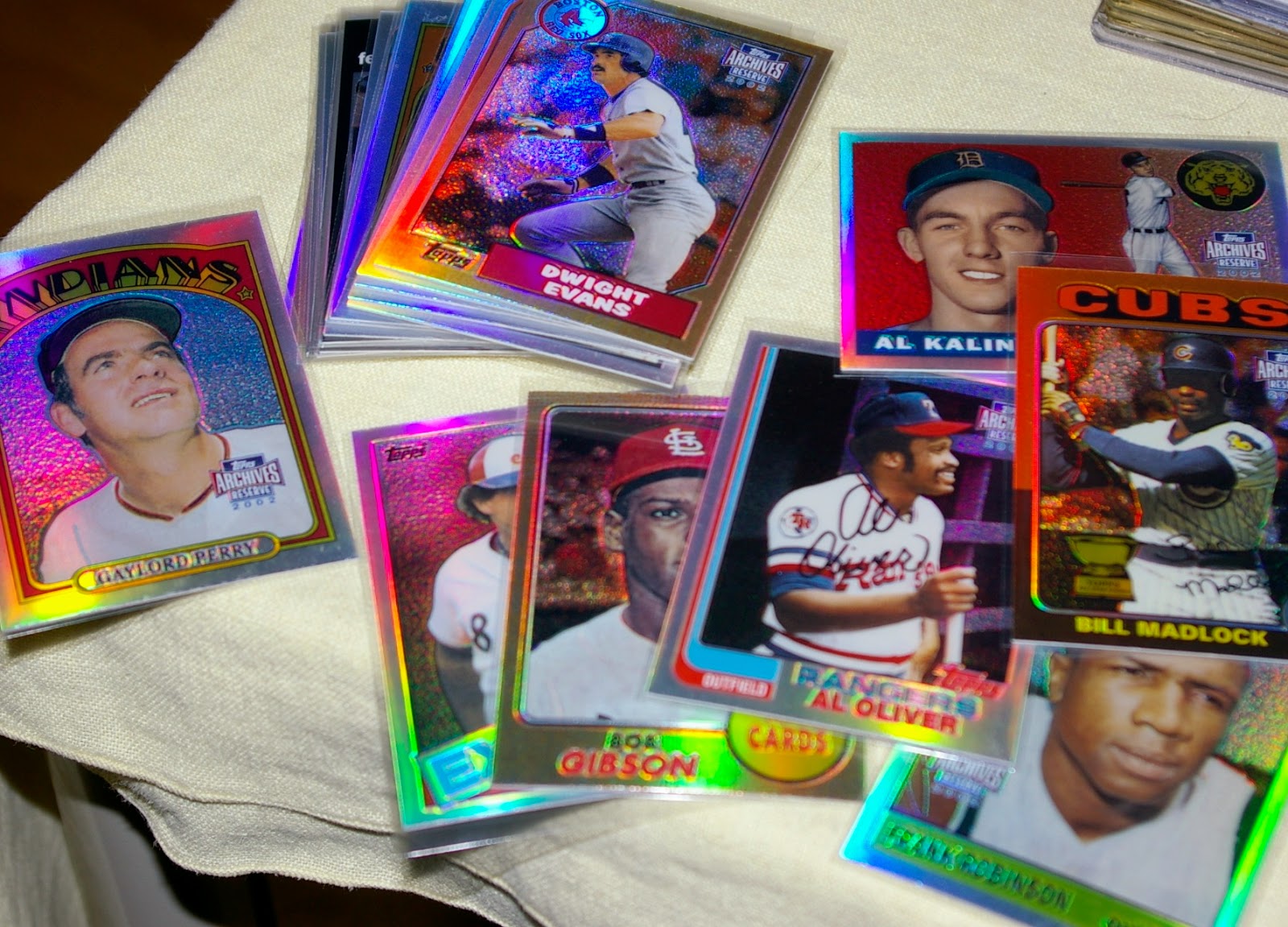 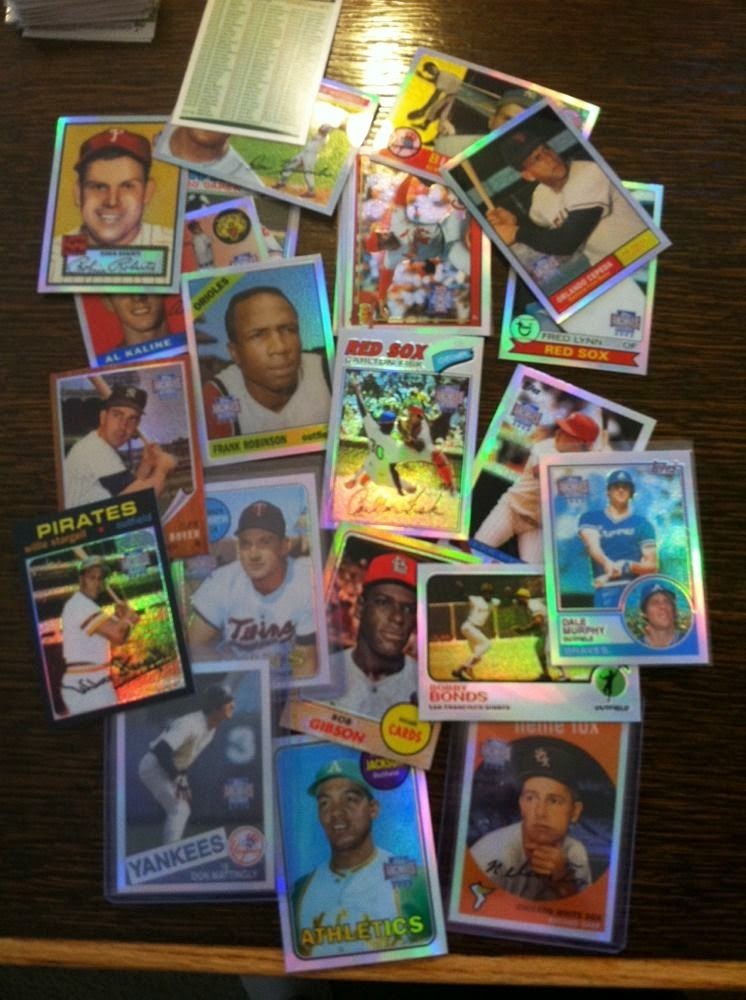 While 2001 Reserve is a 100-card set of rookie card refractor reprints, 2002 Reserve is a 100-card set of "best years" (by Topps' subjective opinion) refractor reprints. So for example, there's Bob Gibson's 68 Topps card and Roger Maris' 1961 Topps card. The backs are weird because they've been edited to include that year's stats (so for example, Roger Maris' numbers for the 1961 season are listed on the back of his 1961 card reprint). At first I thought that was kinda lame, but I suppose it's neat from the perspective of looking back at that certain year. But it occasionally makes for an awkward card, such as the 1988 Kirk Gibson which pictures him as a Tiger, but has his '88 stats as a Dodger on the back. Not sure why they didn't just use his Topps Traded card for that one.

As I mentioned recently, the main thing that bugs me about 2002 Reserve is that the cards are slightly more drab than their bright 2001 Reserve counterparts, specifically on the back. Take for example the 1969 Reggie Jackson card, which is reprinted in both sets. 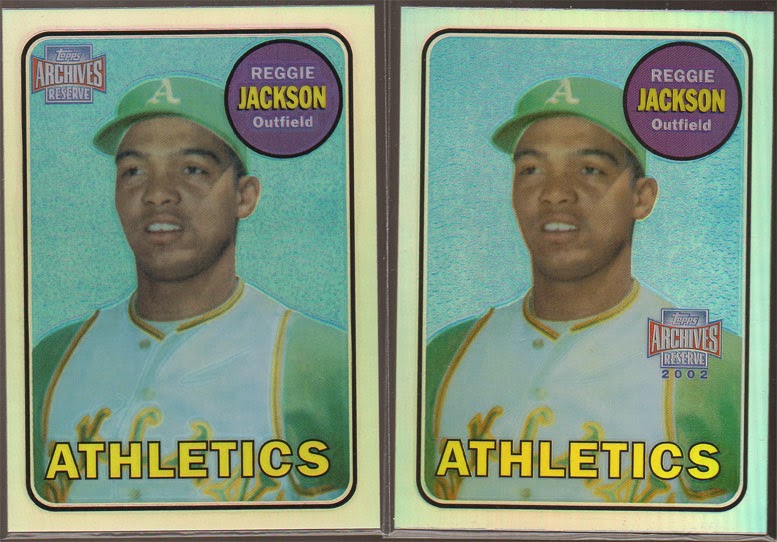 Ok, the fronts are pretty much identical, with placement of the Archives logo being the only noticeable difference. But then there's the backs...

The 2001 card (left) is bright, easy to read, and quite faithful to the original. However, 2002 is darker and a less-faithful reprint, with a new write-up, the stats from 1969 added, and a legalese box on the right which smooshes everything over a tad. So between these sister sets, you clearly have to give the nod to 2001, at least when it comes to the backs.

Anyways, I'll probably hit up Sportlots soon to chip away at my remaining needs, but thought I'd post here first just in case someone reading has any of these to trade. If so, please get in touch and we'll see about working out a swap. Thanks!