Checking in with the Gavins of 2014

With the 2014 baseball season in the books, let's check in with the active Greatest Gavins of today. (If you're new here: My name's Gavin and I collect cards of other guys also named Gavin.)

Gavin Floyd came back from Tommy John surgery to pitch very well in his 9 starts with Atlanta before another injury shut him down for the year. I could have sworn I skimmed through the 2014 Topps Update checklist and didn't see his name, and I was sad. But I must've missed it, because he does in fact have a card! Hurray! I don't have it yet, though, so if you pull the base card or (especially) any parallels for Gavin Floyd's 2014 Topps Update card, please keep me in mind.

(And it might be a stretch calling it a "cameo", but I think I also need a copy of Jason Heyward's 2014 Stadium Club card for my collection, as Gavin Floyd's name is in big letters on the scoreboard in the background of the photo.)

Gavin's a free agent now. I'm hoping he can come back for a healthy 2015 for someone, but we'll have to wait and see.

Here are some sweet Gavin Floyd cards I've picked up in the past couple months or so:

The other big-name Gavin in baseball today is Gavin Cecchini, the Mets' 1st round pick of 2012. He started the year in A ball, moving up to A+, and finishing the year with a single game in AA. That's good progress, but he's still got lots of work to do. Many project him as the Mets future shortstop, but on the year he hit .247 with 8 home runs and 10 stolen bases, along with 27 errors in the field. (But I'm no scout, so what do I know?) Keep at it, Gavin!

He's had a few more cards released this year, though I haven't picked up many yet. His cards are still somewhat pricey, if you ask me. But I was able to score this spiffy diecut from 2014 Bowman Chrome #'d 50/50 that he shares with his brother Garin. (The seller had Garin's name misspelt as "Garvin" [Garvin? Ick!], which may have kept the price down; Garin is a decent prospect for the Bosox, beating his brother to the majors with some playtime up top this past season.) 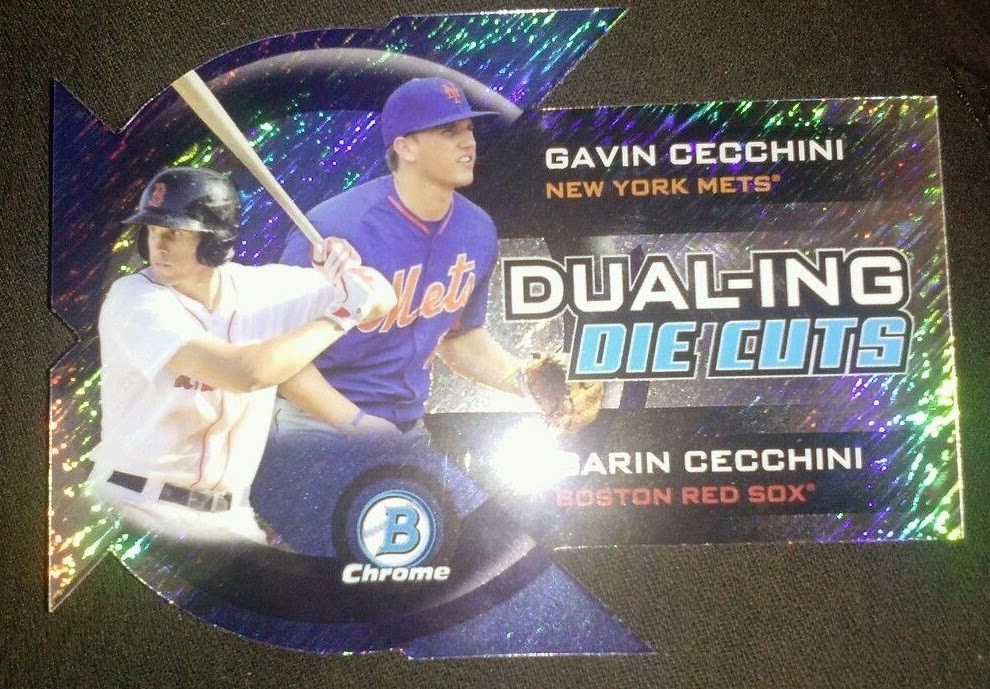 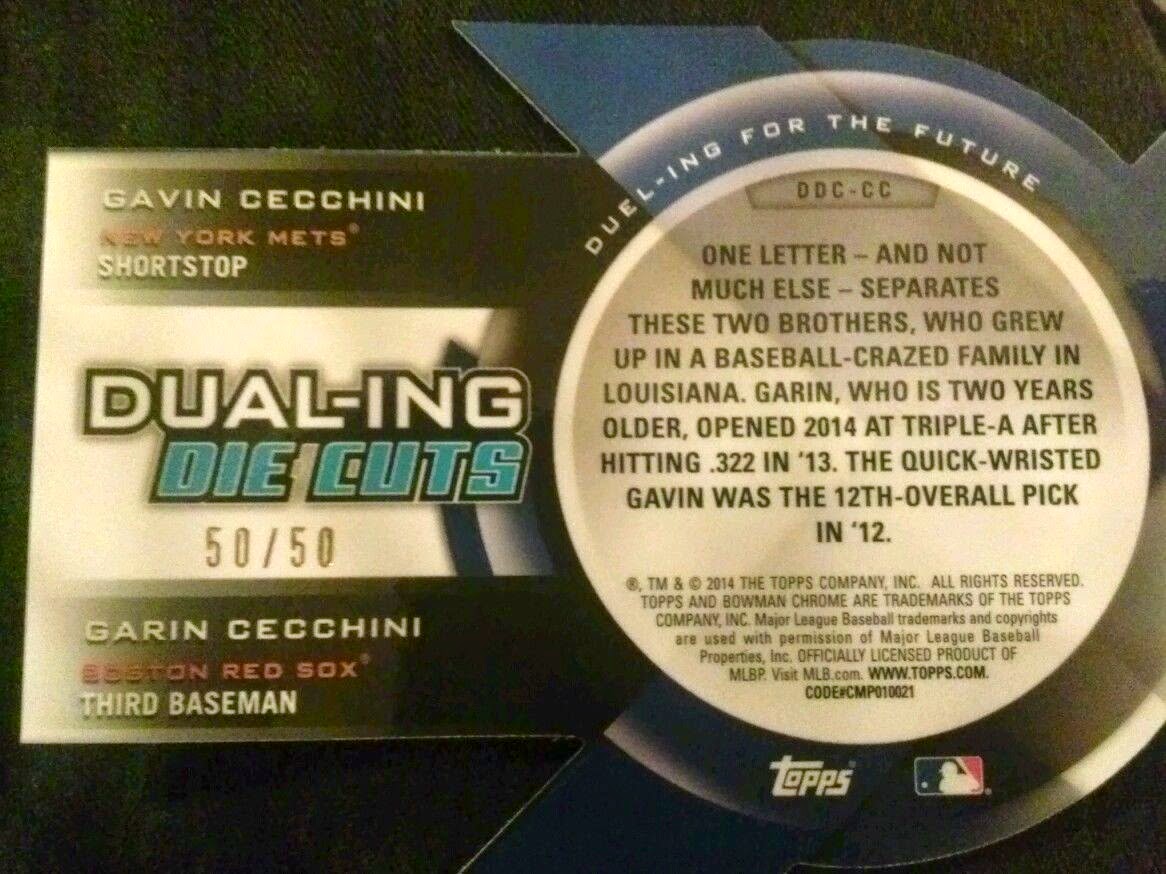 And I'm excited to announce a couple new Gavins have popped up in the game!

Gavin Glanz is a RHP drafted by the Colorado Rockies in the 23rd round of the 2014 MLB June Amateur Draft from Oral Roberts University. He kicked off his pro career by posting a 4.34 ERA in rookie league. Best of luck to you, GG! And guess what? He's even got a baseball card out already! Kind of surprising for a late-round pick who hasn't even gotten out of rookie league yet. I think it's a team issued card, and I suppose any team can print up a set a cards if they want to pony up the dough. I haven't picked up the card yet, but plan to get to it one of these days.

The other new Gav on the block is Gavin LaValley, a third baseman drafted by the Cincinnati Reds in the 4th round of the 2014 MLB June Amateur Draft from Carl Albert HS (Midwest City, OK). He hit .276 with 6 home runs in 59 rookie league games in 2014. He doesn't seem to have any cards out there yet that I've been able to sniff out. But being a reasonably high draft pick, I bet we'll be seeing him on cardboard before too long. Good luck, GLV!

Wrapping up the baseball rundown, Frendy Gavin, who pitched deep in the Cardinals' system in 2013, doesn't seem to have any stats from 2014. So looks like we may have lost an active Gavin. Well, I wish nothing but the best for you in life, wherever you are, Mr. Gavin!

On the football front, Gavin Escobar was having a quiet year until breaking out for a big game against the NY Giants recently (according to this article). I haven't really been following football this year, but looks like Escobar's Cowboys are doing ok so far. I don't think I've picked up any 2014 cards from Mr. Escobar as of yet. I'm a little bummed that with all the football cards in that big dimebox I bought recently, nary a Gavin could be found! He must have much fewer cards this year since he's no longer a rookie, and seems like rookies drive football card products even moreso than baseball.

So there you have the report on Gavins in US pro sports for 2014. As always, I'm down to trade if you've got Gavin cards I need. Thanks for stopping by.
Posted by defgav at 4:17 PM