I've gotten back into being active on Listia after being pretty dormant there for a year or so. I'm using it to slim down my unwanted cards, and of course to pick up decent cards here and there. During the World Series, I focused on putting together small lots of Royals and Giants from my trade box. Nothing huge, but most of my lots sold, at least. I always start my auctions at 499 credits, elsewise it's not worth my stamp/envelope/time. I'm not a monster, so of course my Listia auctions are always free shipping. I had a bunch of 1991 Upper Deck hologram stickers of the Royals logo that were included in the mystery box I won from Red Cardboard a few months back. What better time to unload them than when Kansas City is finally back in the playoffs, right? I sold all 5 stickers I listed. The highest went for 2000 credits. Not bad for a junk sticker insert.

Anyways, I found myself with a decent accumulation of credit. Stumbling upon one particular new seller who's been listing lots of off-condition vintage cards, I knew I had found a good source at which to throw my digital currency. I went after several auctions, and won a pretty nice haul from him. Let's take a look! 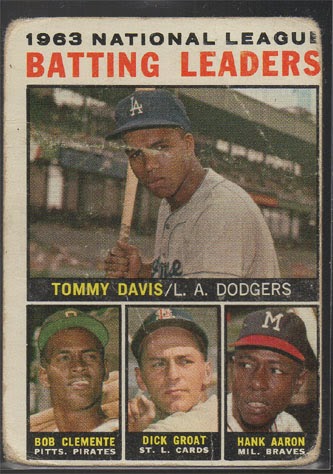 Here's the first card I got from him. Awesomely well-loved, this vintage Roberto Clemente and Hank Aaron LL (with a couple other good players too) is an excellent addition to my collection. I'll probably keep this with my other Clementes.

As I mentioned, the seller was pretty new and didn't have a lot of feedback yet. He didn't even have a user avatar, just the generic "new Listia person" image. That probably scared a lot of potential bidders away, as sellers like that often flake out and end up wasting your time. But after having a seamless transaction with the above card, I dove in and hit him up for a few more cards the following week. 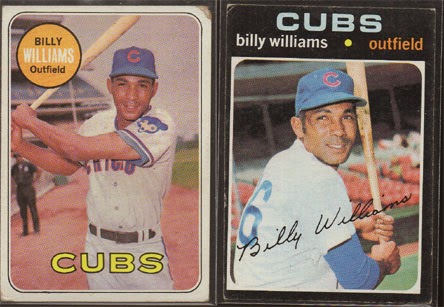 Love Billy Williams, though I don't really actively collect him much these days. But I needed the 71 for my setbuild. And that's a great 69, what with the cute patch on the sleeve. 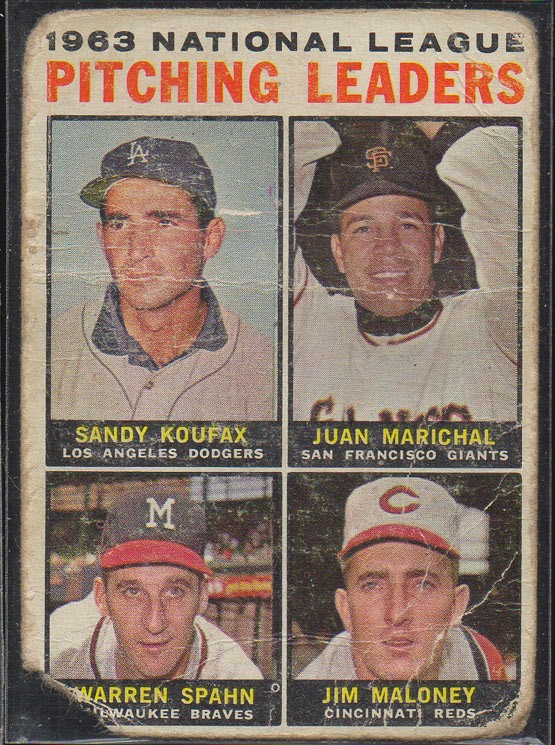 This was the worst conditioned card of the haul, but also the cheapest. For roughly a quarter's worth of Listia credits, I'm happy to give a loving home to this vintage card featuring some excellent starpower. I'll probably file this with my few Sandy Koufax cards, no offense to the other three. 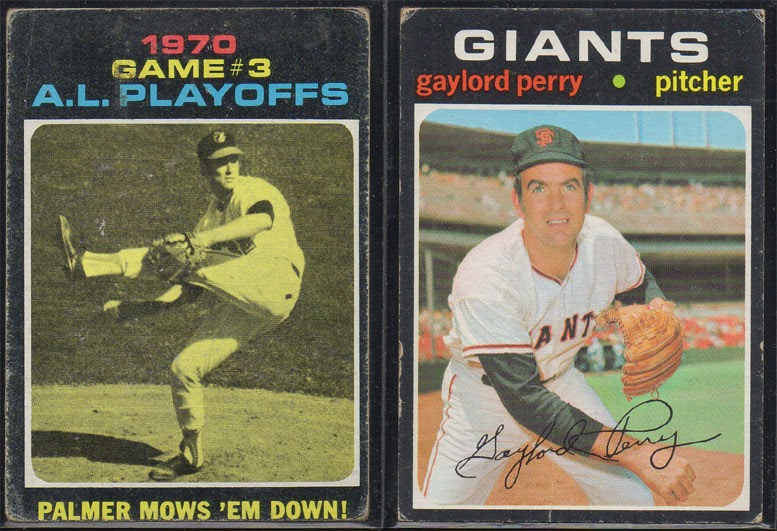 A couple more 71s I needed. I think I already had the Gaylord in my PC, but figured I'd get another for the set since the price was right. We've seen this Hoyt here very recently. But here it is again! It's a beauty. 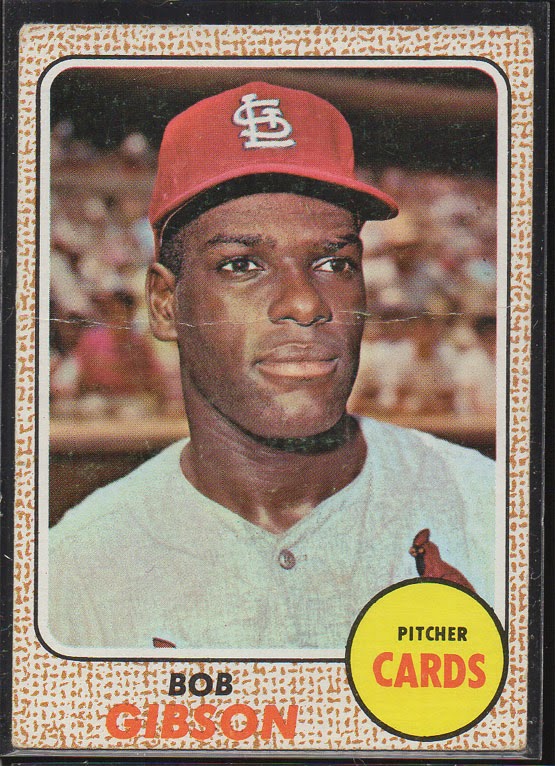 I've had a reprint of this classic 68 Topps Bob Gibson for a while, but nice to have an original now. It's in decent shape apart from the obvious crease through it. Looks like Bob is in an old cartoon and somebody just put a pie out to cool on the windowsill. 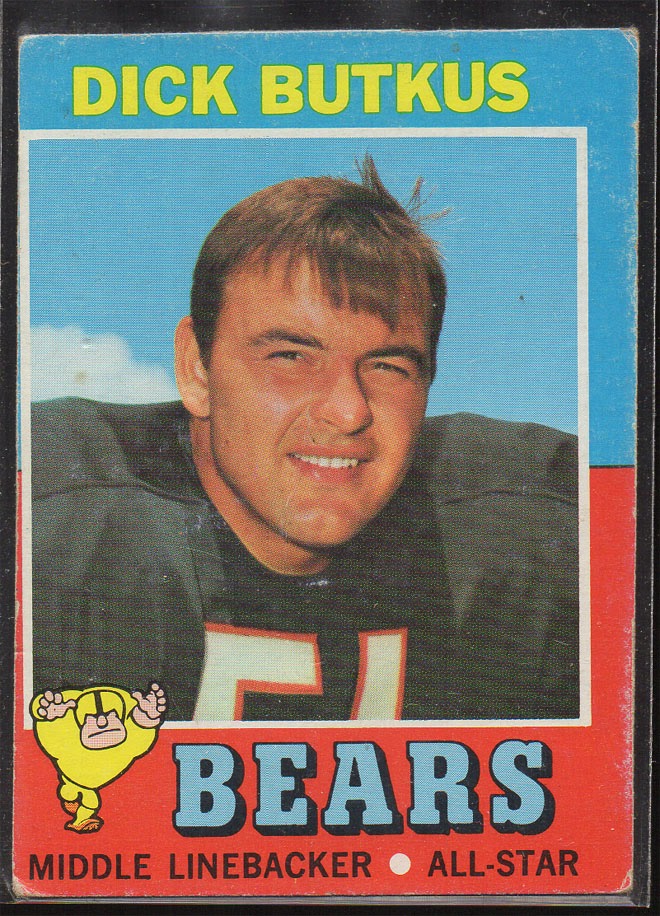 Taking a quick break from baseball for a football legend, this was the most expensive card of the bunch. I've been wanting a Dick Butkus card for a looooong time, though I don't know why exactly... I guess it's the funny name and his acting career that made him a prominent character of the era.. one of the few football names I was familiar with as a kid. 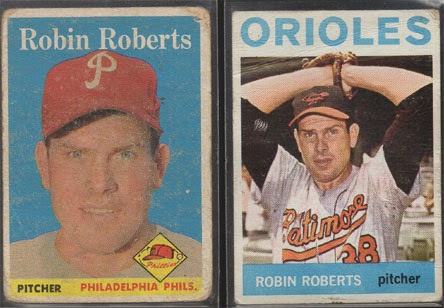 Robin Roberts is a guy I don't mind adding a card of once in a while, though wouldn't quite classify him as a "guy I collect." These two cards have definitely been through the proverbial ringer, but the price was right. 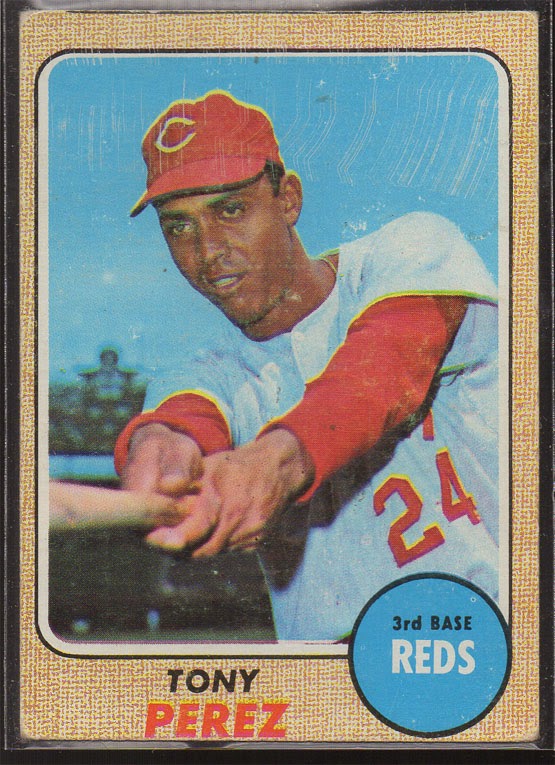 This was the next most expensive card behind the Butkus-- somewhat surprising to me. I probably overpaid, but I really wanted an early Tony Perez card to help welcome him into my recently-expanded Pads in the Hall collection, so I bid big.


There you go. Very cool that I could transform some of my unwanted Giants and Royals cards into these beautifully beat-up antiques. Thanks for reading and see you next time.
Posted by defgav at 3:58 PM