feeling the fuzz (more from the card show)

Here's another segment recapping the recent card show haul. Today I'm highlighting modern cards of old-timers. I wish there was a good blanket term for reprints, faux vintage, and post-career cards of retired players. Let's make one up. Anybody got any suggestions? "glossy dirt"? "skidge"? "buttercluck"? I doubt any of those will catch on, sadly, so I'll keep saying "modern cards of old-timers" to describe such cards.

That guy on the left is Larry Bird. Kind of a silly card from the Ted Williams Company. Weird texture to it.

In the middle of course we have Hoyt Wilhelm. (So this kinda counts as a Wilhelm Wednesday post, but not really.) Another reprint of his rookie card, but one I didn't have. Not as pretty as the 2001 Archives Reserve reprint I showed a couple weeks ago, but hey.

And then there's a neat Musial insert on the right. 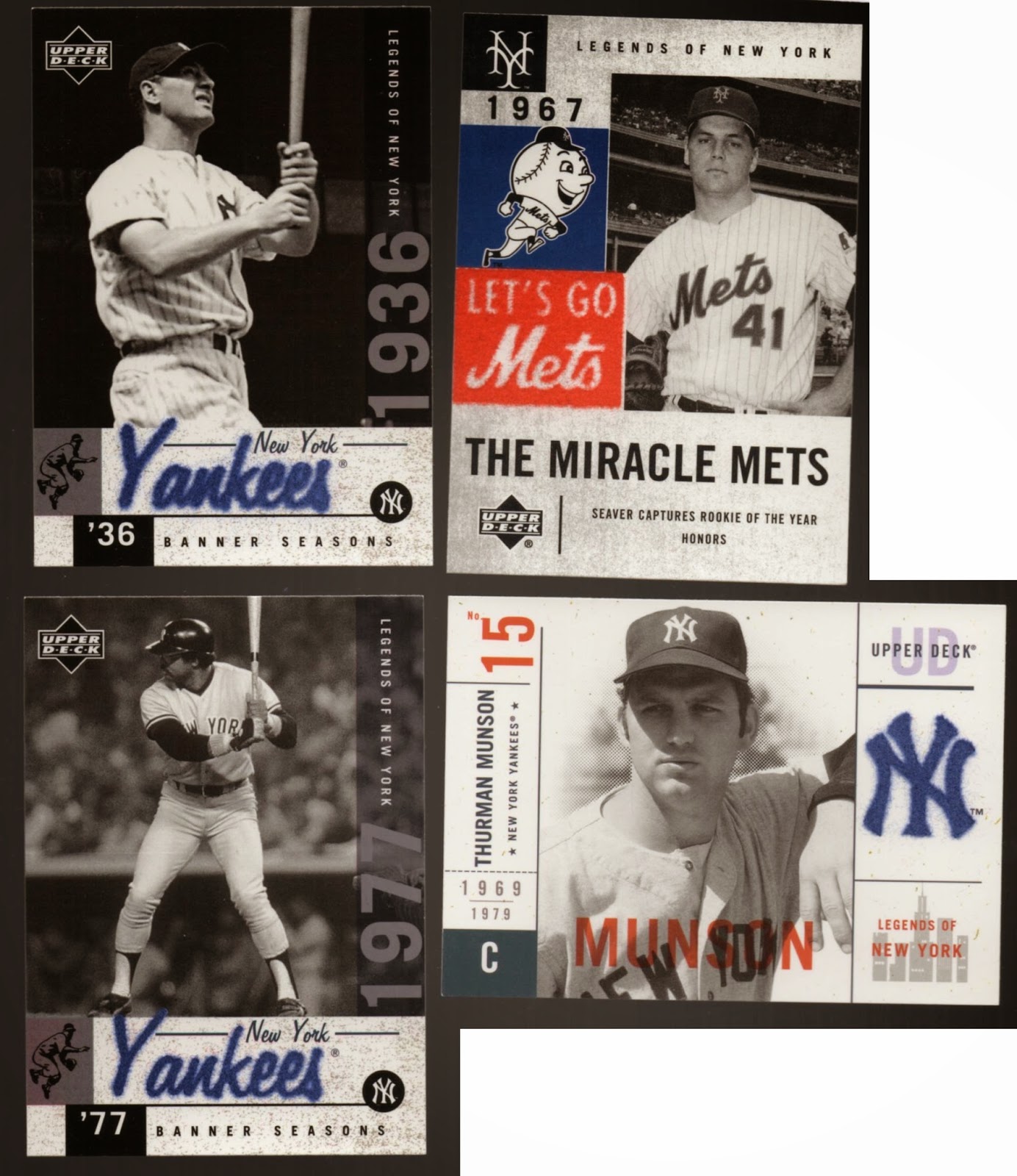 OMG!! Are you guys familiar with these above cards?! They are FUZZY!! I'm a sucker for a gimmicky card, you know me. The blue parts of the Yankees cards, and the orange part of the Mets card are delightfully fuzzy, like a cozy old sweater! No penny-sleeves for these guys; dinged corners be damned, I need to touch the fuzzzzzzz!! 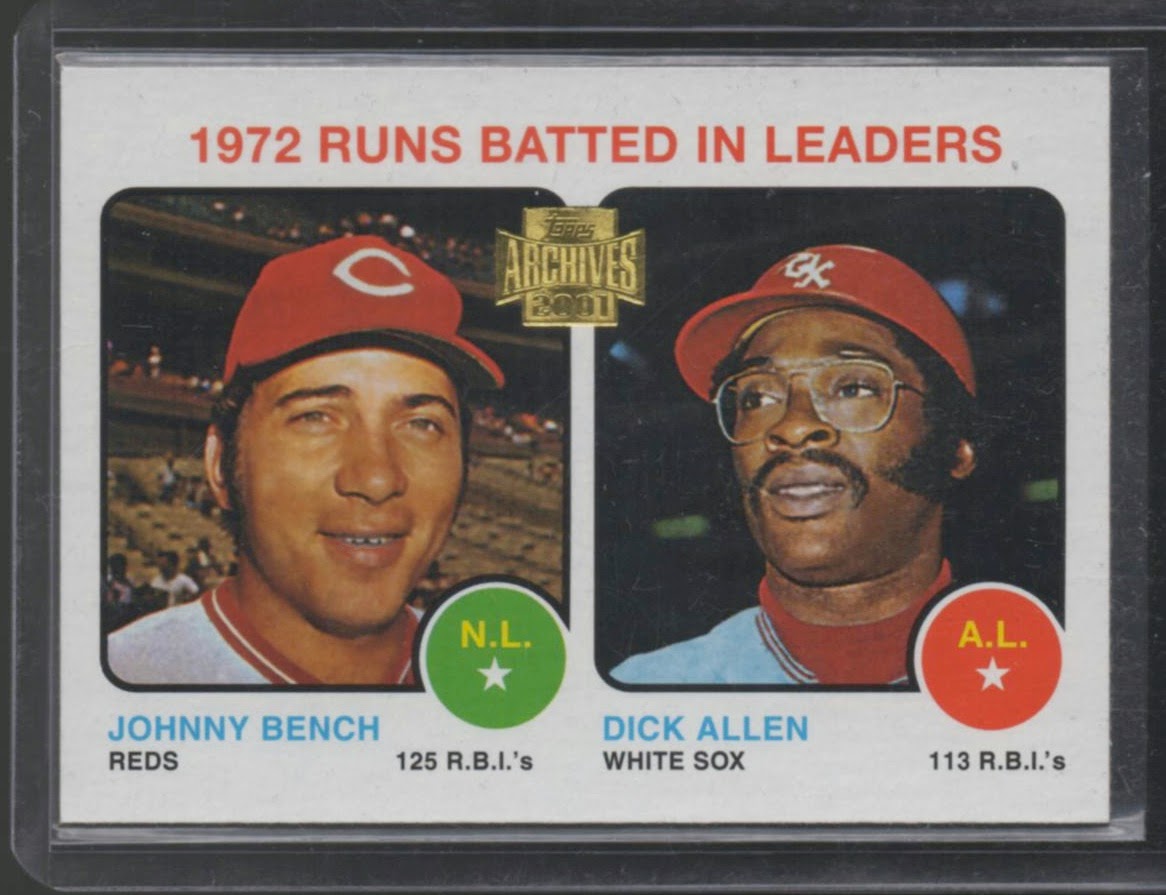 Sigh... why can't all my cards be fuzzy? Oh well...
I know I recently decided to stop trying to put together the 2001 Archives set, but I'll still pick up cards from it for my PCs, such as this Dick Allen. Oh man, remember this playful exchange?..

Too bad one of the cards I used to do it had that weird yellow blemish on dick's neck. It really takes you out of the moment. Still looking for an upgrade. 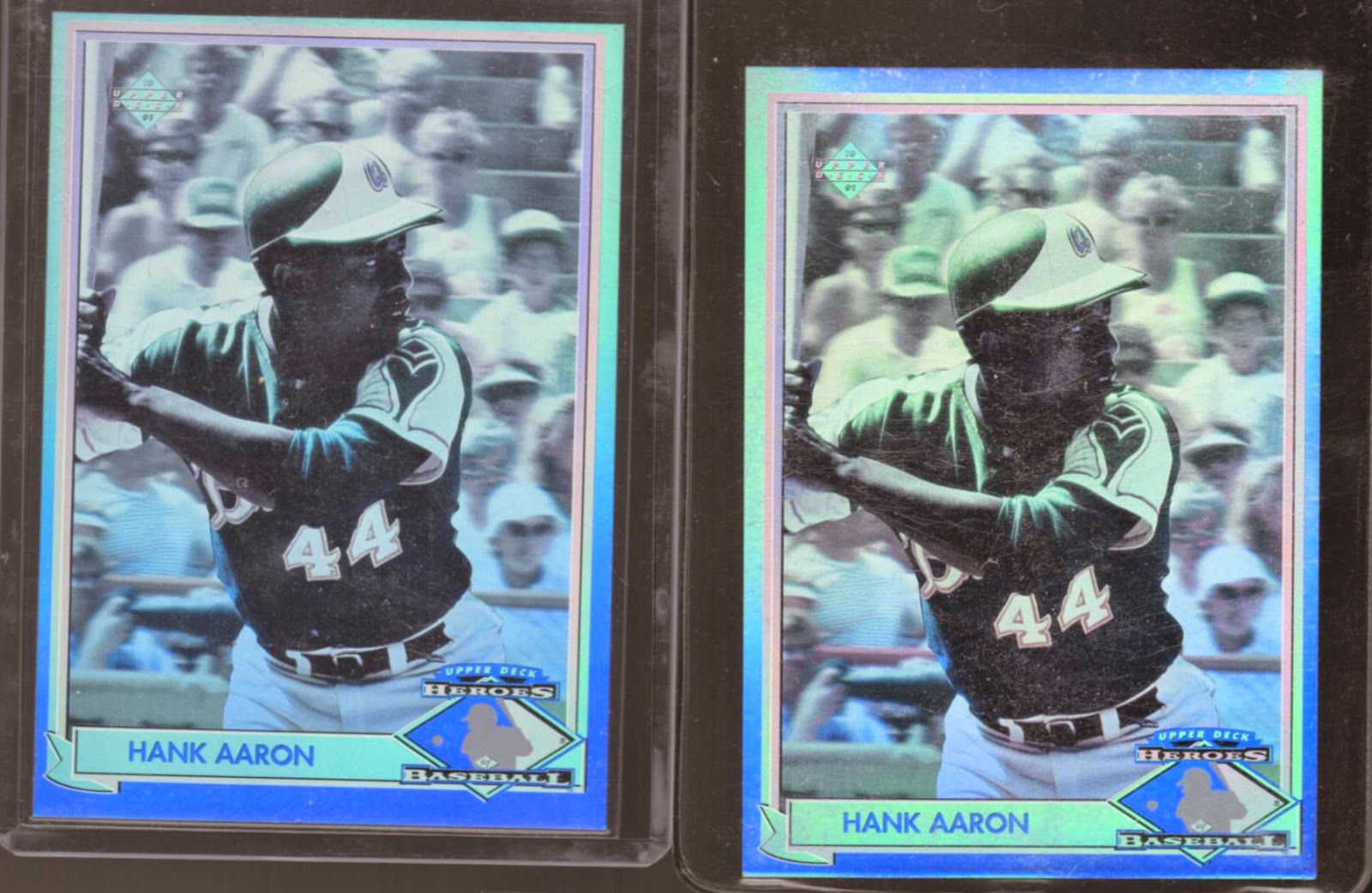 Yes, these Hank Aaron holograms are the same card. See, I bought one from the 50 cent bins.. then later found some in the dimeboxes. So I bought a second one out of spite. The moral of the story is always start at the cheapest boxes and work your way up. 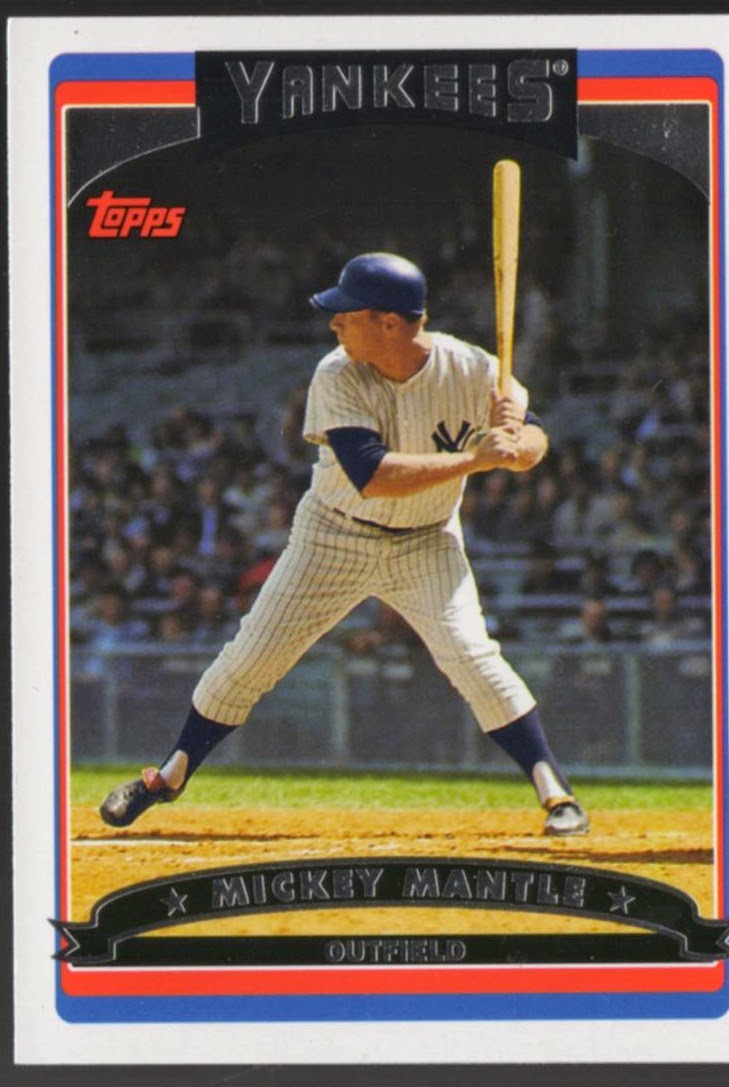 Hard for me to turn down a Mantle for a dime (except for maybe those "Home Run History" cards), even though I'm pretty sure I already have this card. My new scanner is a bit of a bitch and cut off the side.

Ok, that's all for today. If I don't see you again before it, I hope you all have a wonderful Thanksgiving!
Posted by defgav at 3:55 PM