First, I'd like to announce that I'm abandoning my setbuild of 2001 Archives. I got nearly 40% of the set, but I've since realized my heart isn't in it. What really kills it for me is the backs. Yep, I'm one of those collectors who cares about backs. The cardboard used for that set is too dark and the backs are too hard to read.. even worse than the vintage originals. It would bring me down everytime I flipped through the set or added new cards to it, so it's dumb to continue trying to complete it.

I'll pick out the guys I collect for my PCs, but I'll have about 150 cards from the set available for trade, so let me know if any of you guys are working on that set.

But I'm still very much working on 2001 Archives Reserve! It's a similar reprint set, but smaller (100 cards) and all refractors. Plus, the backs are bright and very legible! JOY!! I'm up to 89 of the 100 cards.

I recently picked up a few singles from Sportlots, and here's where we get to the bitching. First, one seller I bought the Clemente from (and nothing else.. even with shipping, was still the best deal I found) backed out of the sale quickly, but at least he was cool and gave me a quick refund. But another seller I bought several cards from.. well, first 2 weeks went by with nothing. I finally opened a report on Sportlots about it. Then the next day or so the guy responded with a tracking number. He had obviously just finally gotten around to sending. No apology or explanation or anything. Then when the cards finally came, 2 were missing. If even included a note that acknowledged this, and said he had reimbursed me. But he didn't. And the several times I tried to open a report on Sportlots about it to request a refund on the missing 2 cards, the site gave me a message that "this issue has already been submitted." They must have been talking about the previously-submitted issue of not receiving my order after 2 weeks, but now this was a new issue! So with no other way to contact the seller, I had to give negative feedback for one of the very few times in my life. I didn't bother trying to email Sportlots about it. I was only out about a buck fifty, but still! Very frustrating, both with the lame seller (CCCards1) and the Sportlots website. I had a previous Sportlots order once where the guy couldn't find a card or two, and he was cool enough to throw a couple bucks cash into the package, more that covering the cost of the missing cards. Now that's customer service, right there! But this CCCards1 guy obviously didn't have his shit together.

Anyways, rant over. As I say I'm 11 cards away from completing 2001 Archives Reserve. 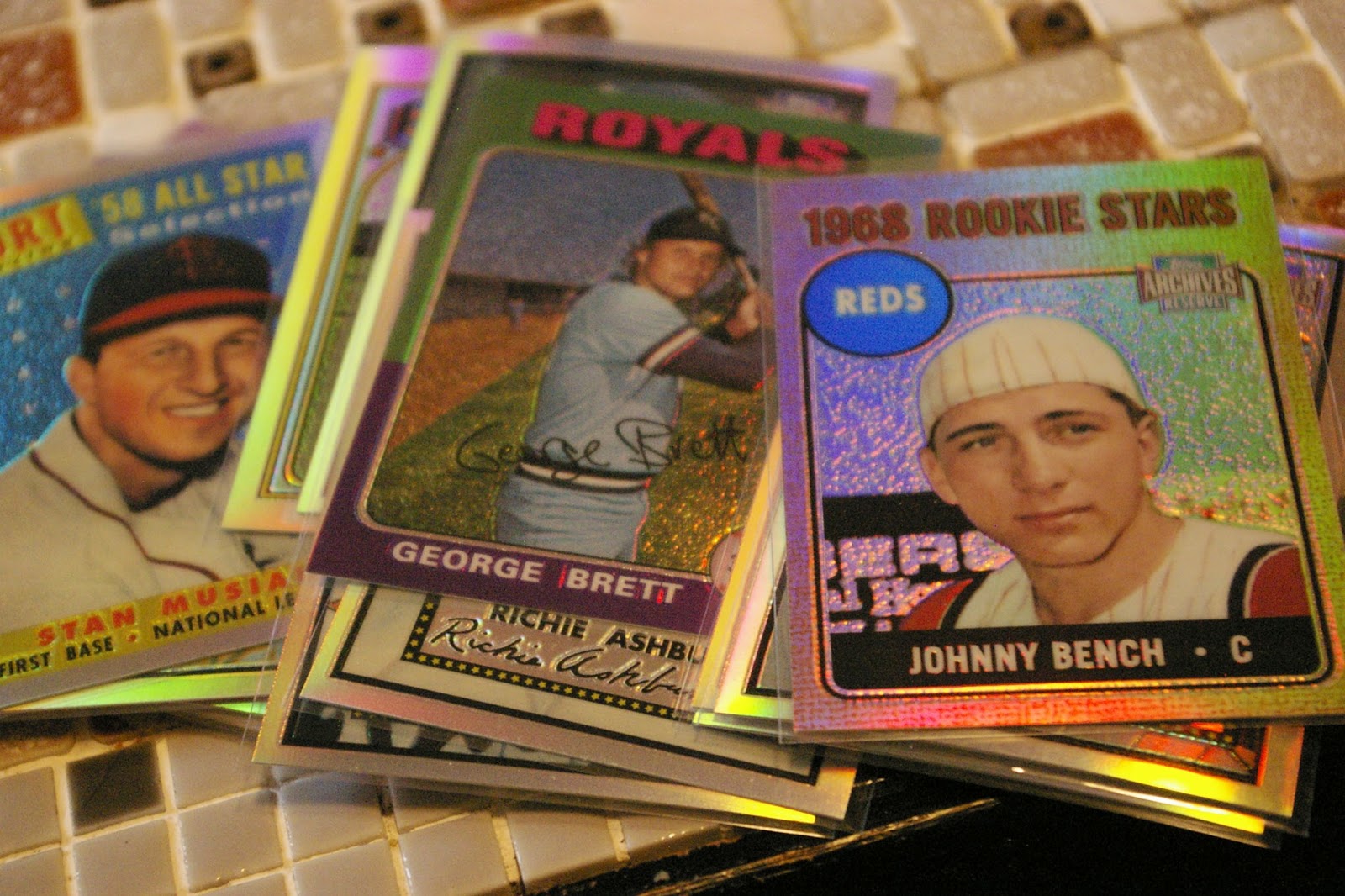 
I'm thinking I'll probably go after 2002 Reserve next, another 100-card refractor reprint set.. though sadly, the backs use a grey base instead of white, meaning they're not as bright as 2001 Reserve. Lame.

Thanks for stopping by and have a great weekend.
Posted by defgav at 4:02 PM