Trade with Alex nets me some Ortiz, A-Gon, and more

Alex from Chavez Ravining sent me a nice bunch of cards recently, including a craptonne of birthday boy David Ortiz. 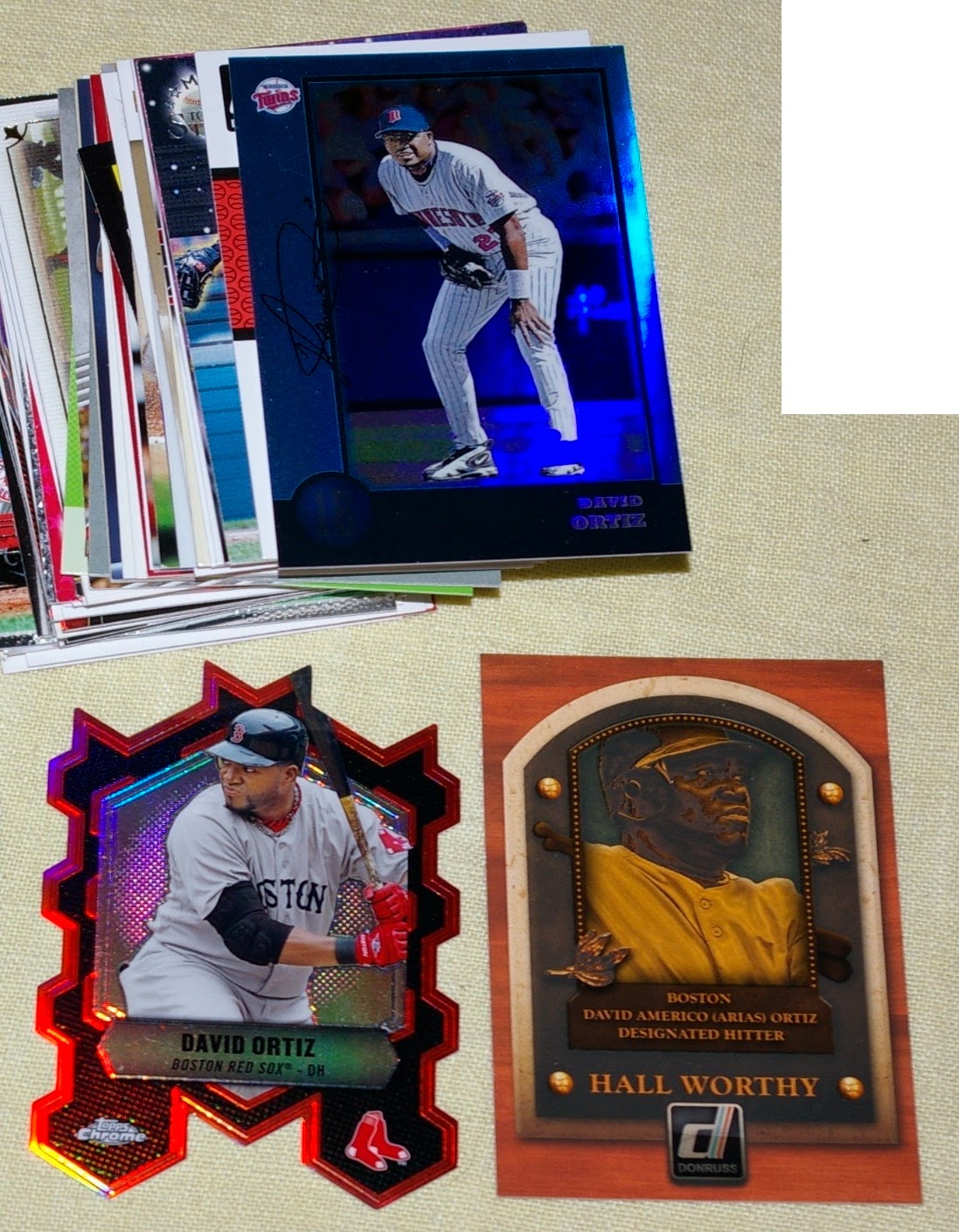 Just look at that big stack of Big Papi! I should feature each lovely card, but I'm tight on time. My modest Ortiz PC is less modest now thanks to all these cards. I think I may've cracked 100 unique cards with the help of Kerry and Alex. He's not exactly a top-tier guy I collect, but I like him well enough to put together a decent assortment of his cards.. which are very plentiful thanks to his long and distinguished career. 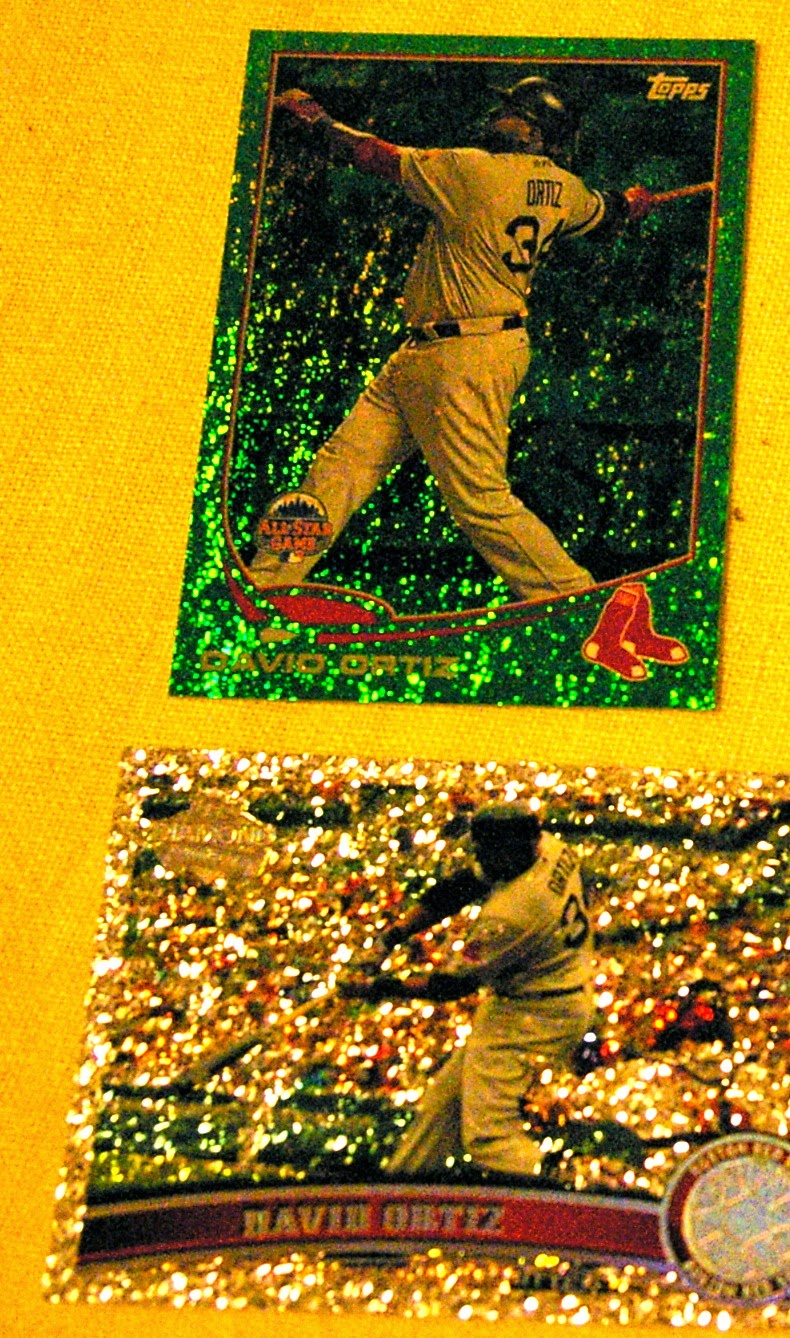 And the key cards of the trade were these Adrian Gonzalez hits..

Alex was kind enough to throw in some surprise bonus cards too, such as a gaggle of Padres: 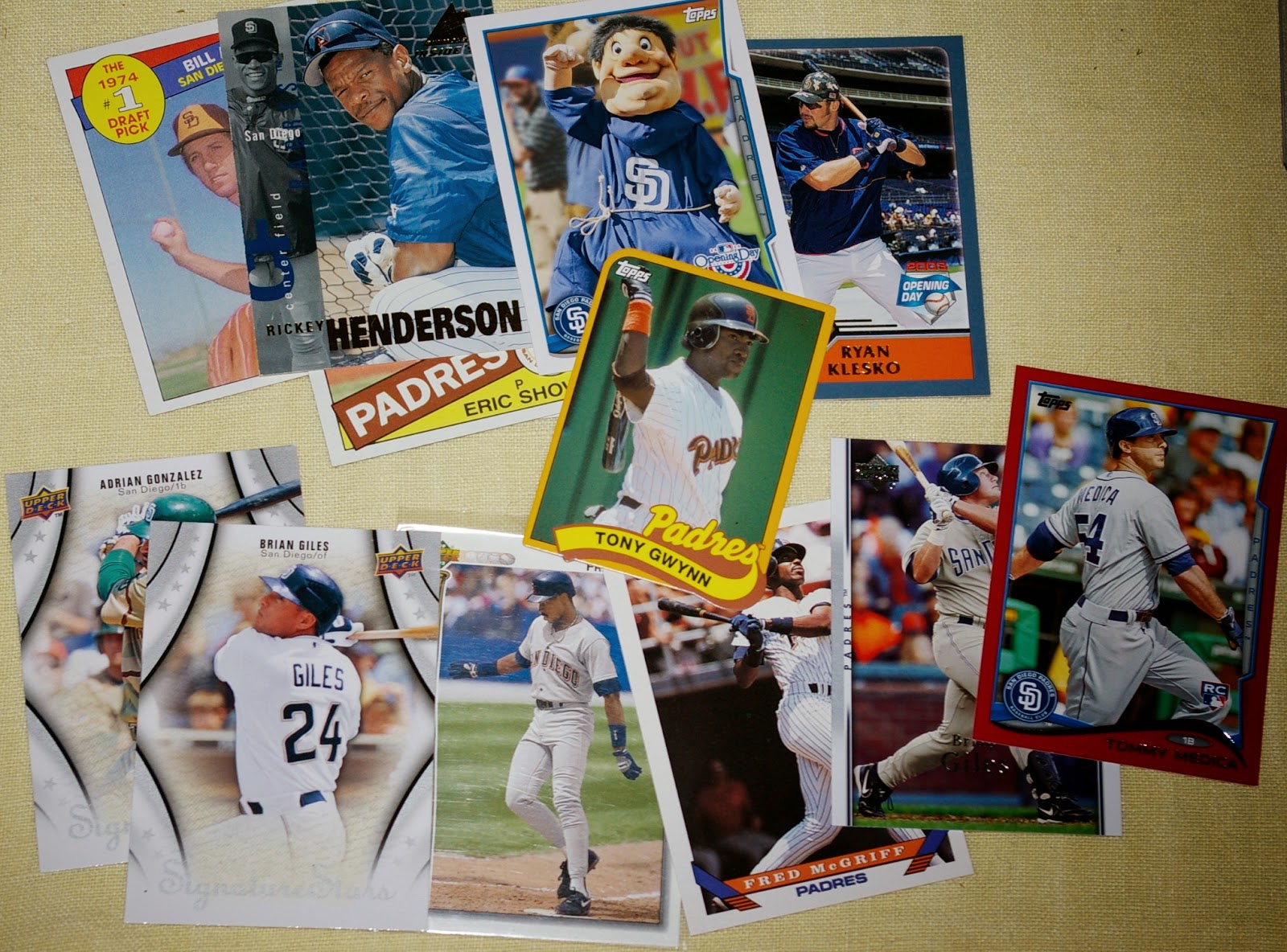 ..as well as some other cool cards.. 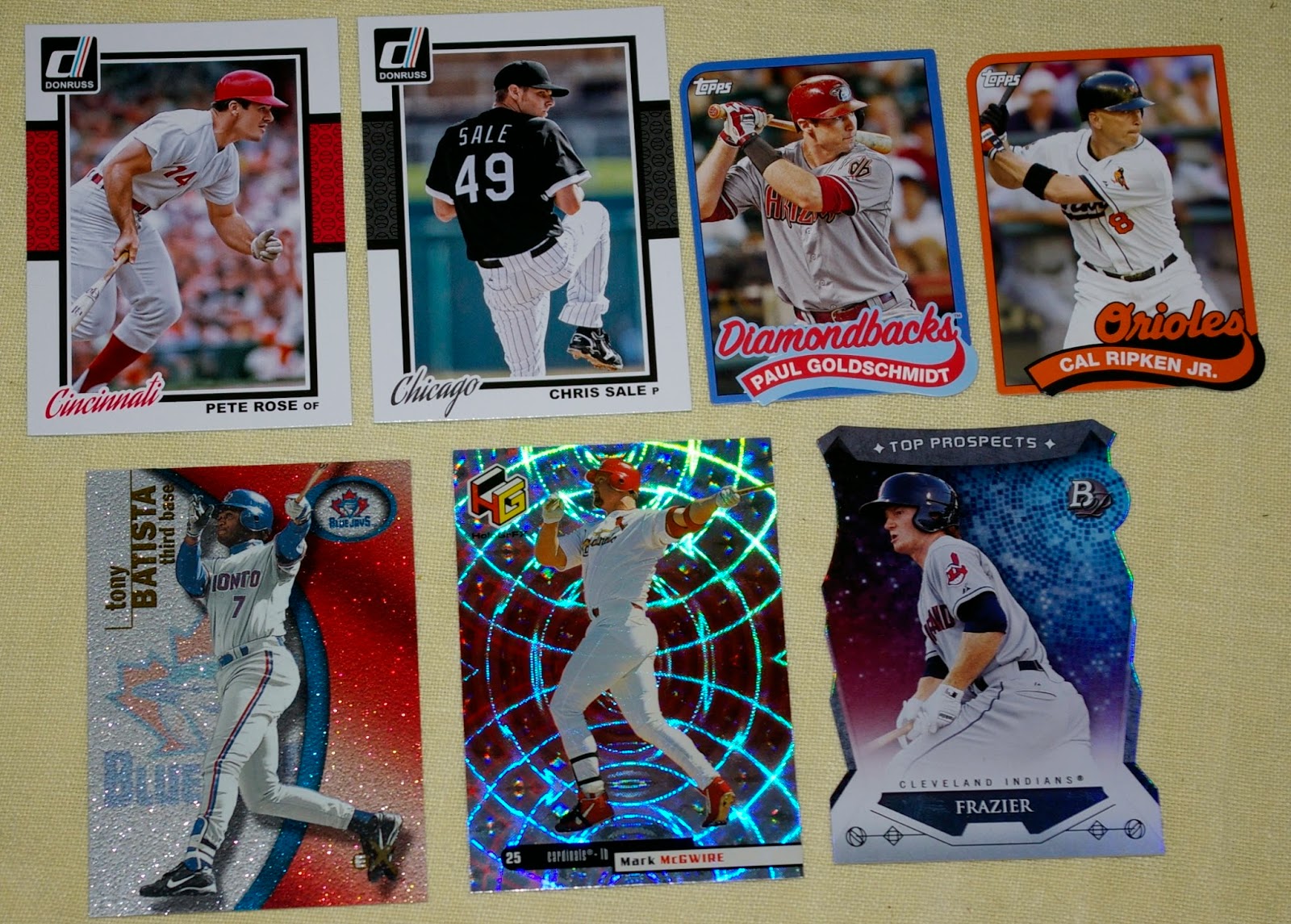 That McGwire is a super neat hypnotic holographic dealy, which I'll need to make an animated gif of sometime when I have time to kill.

I tried to send out my return package for Alex last Saturday, but some douche was hogging the automated machine (and the counter is closed on Saturday) and he wouldn't let me hop in, even though I only had the one package. The guy literally had around a hundred packages he was mailing, it was crazy. I tried walking my dog for an extra 15 minutes or so and circled back.. he was still at it, now with a long line of frustrated people waiting behind him. What a prick. All the packages seemed to be the same (likely a CD of his shitty hipster band), so he probably could have just figured out the postage he needed and printed out a bunch of stamps for that amount (rather than weigh each package and type in every zip code, going through the entire cycle for every package). But whatever.

Man, I complain about the post office so much on this blog! At least this time it wasn't the postal workers' fault.. just a local a-hole.

Anyways, I went back to the post office after work on Monday and things went much smoother that time.. Return cards are on their way, Alex!
Posted by defgav at 3:03 PM