A bunch of cards from Japan

My first workday of unemployment went pretty well, safe inside from the dangerous icy conditions. I worked on some custom cards that made me giddy (--for reals; giddy at how happy I was with them!--) and I made a couple random sales totaling $110. Now if only I could keep that pace up and manage to bring in $110 everyday, I could probably slip by without needing a real job!

Another good thing about being home all day: the mail came and there was a registered package I had to sign for. Its journey from Japan took over two weeks, but it finally showed up safe and sound. 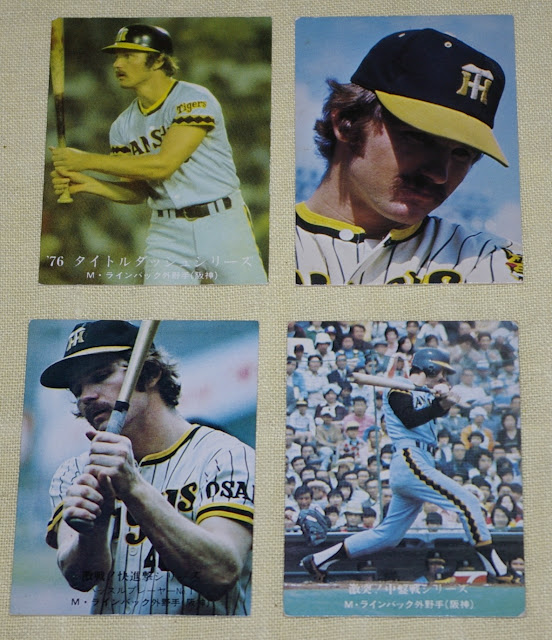 If you remember my Setting the Mike Reinbach Story Straight post from a few weeks back, I had drafted that post up, lamenting how he had so many Japanese cards and how I owned none of them, and then just before I published the post, one of his Japanese cards finally popped up on eBay. Crazy coincidence! I bid big and won the card for a few bucks over a blaster. A couple weeks later, that first card in the above picture showed up. And about that same day, the seller sent me a message giving me a heads up on 4 more Reinbach cards he just listed. I bid competitively on them as well, and won three of them combined for roughly the cost I paid for the one earlier win, though another Reinbach fan out there had his or her heart set on the 4th card, and I wasn't able to bring that one home. Still, though, 4 out of 5 ain't bad.

So while there are still several more Reinbach Calbee cards out there for me to chase, I feel like the PC is at least respectable now that it's got some genuine Japanese cardboard representation.

And it just so happens that I received another package of Japanese cards at around the same time. These were mailed by a guy named Todd in California, though. Todd had seen my Benny "The Jet" Rodriguez Sandlot custom on Fuji's blog, and liked it enough to get in touch with me about possibly getting himself one or a few. Flattering! He offered me some funds for my trouble as well as some surprise cards, and of course I was onboard. Todd seems to specialize in various Japanese cards, and he sent me quite an assortment. 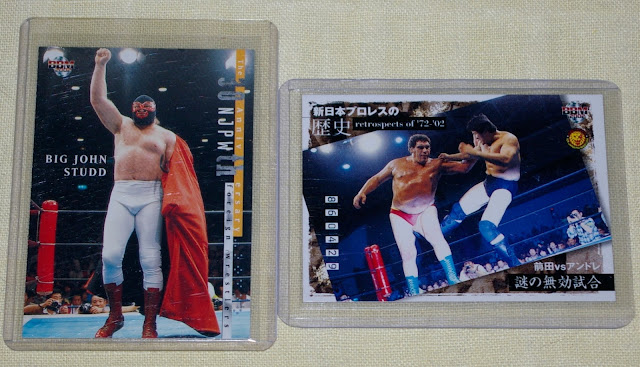 Wrestling cards are fun. I was stoked to see Andre The Giant make an appearance! I'd love to build up a PC of his cards someday, so this is a nice addition. 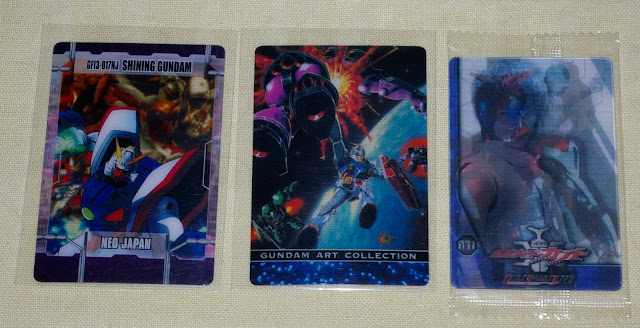 Here are some anime type cards. I don't know much about this stuff, but seems pretty cool.

Finally, some more baseball. These are Japanese cards of guys who've made the jump to the MLB. Hisashi Iwakuma has been a solid starter for the Mariners for a few years. Akinori Otsuka pitched a couple years for both the Padres and Rangers (I'll always remember him for the silly pest control tv ad he did during his San Diego days). Kenta Maeda was dominant for many years in Japan and recently signed with the Dodgers.

Awesome cards.. thanks again, Todd!
Posted by defgav at 4:21 PM