I've been meaning to get around to covering the great trade package Lonestarr aka Twitch aka CC sent me last month. It arrived on Christmas Eve (and was teased a little on my Christmas Day post), so it's past-due for me to show it off; I try to keep my trade posts within a week of receiving them. 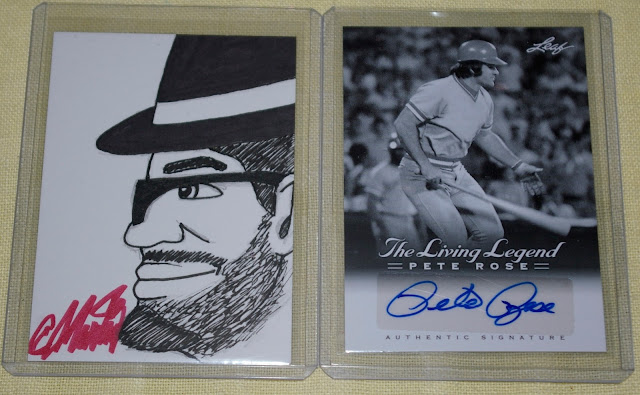 Let's kick it off with a couple signed cards. On the left is an original calling card sketch card. Pretty neat! And quite a surprise, on the right is of course a friggin' Pete Rose autograph! Sure the guy is a bit of an ass, but you gotta respect his prowess on the diamond. He was like a mythical figure to me as a kid, so I'm happy to keep collecting his cards. And autos are always great additions. 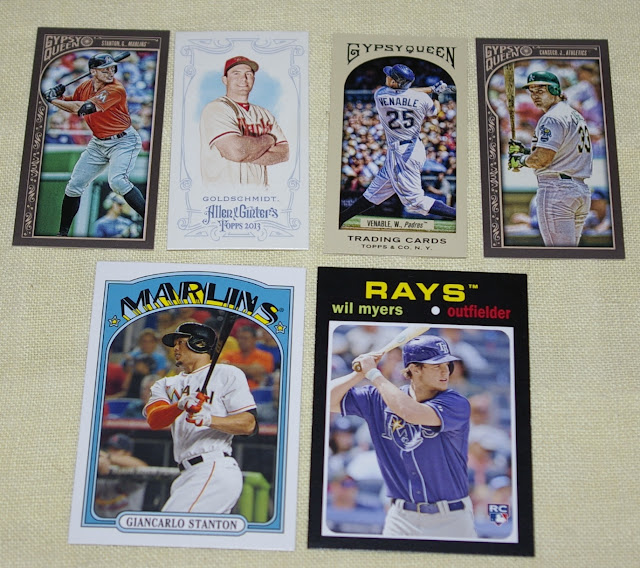 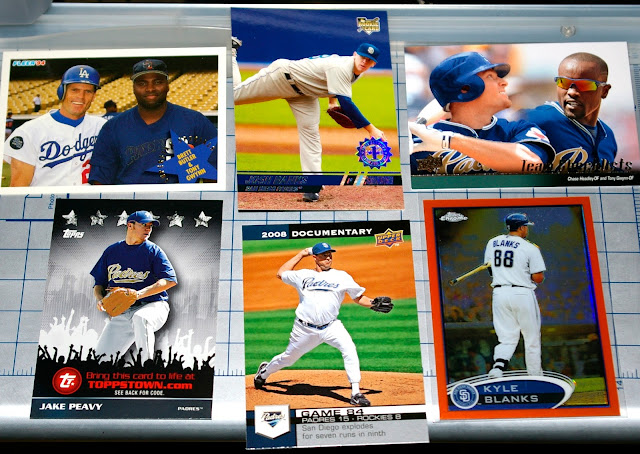 Lonestarr included a fat stack of various Padres, and here are some highlights. That's Josh Banks top-middle-- the name doesn't ring a bell, but it's a 1st Day Issue parallel, so that's kinda cool. 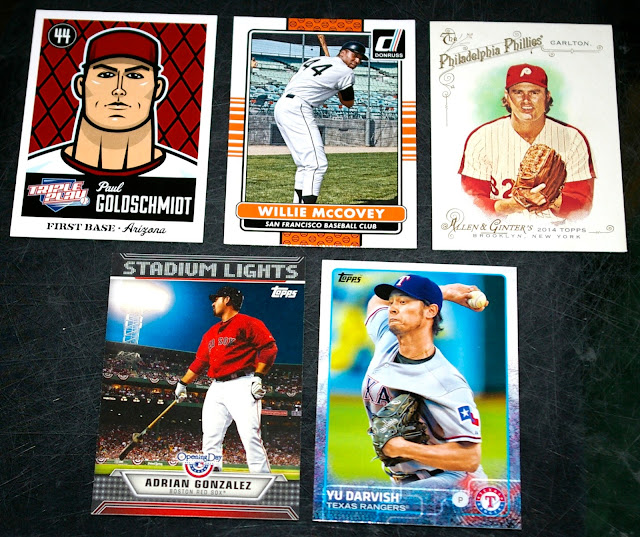 Some more dudes I collect. I already have the complete Stadium Lights glow-in-the-dark insert set, but I'm happy to get an extra Adrian for the player collection. 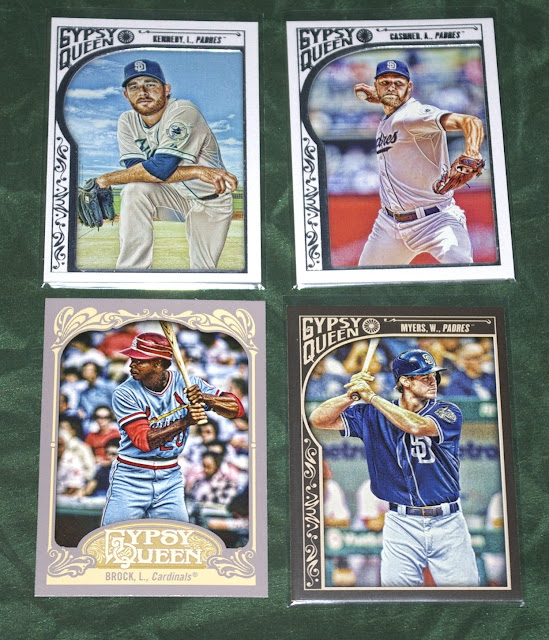 Gypsy Queen represented. Gotta love framed cards like the two white ones up there.

Two posts in a row featuring wrestling cards?! That must be a first for Baseball Card Breakdown. AJ Lee is my cardboard concubine. Love adding her cards to my little PC. 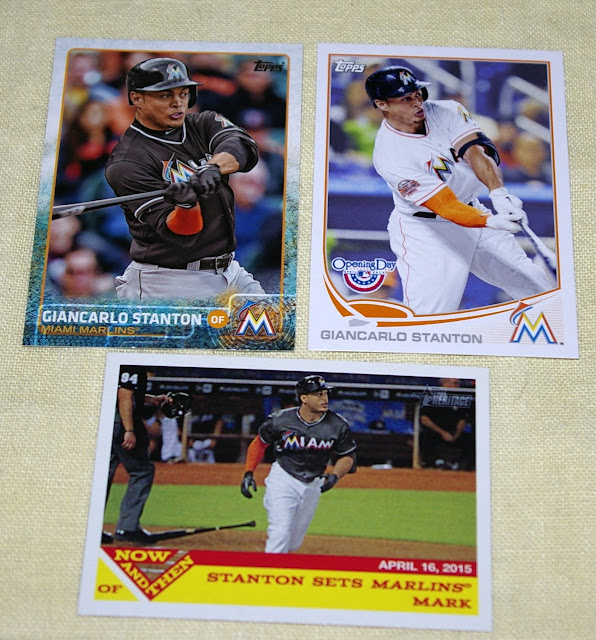 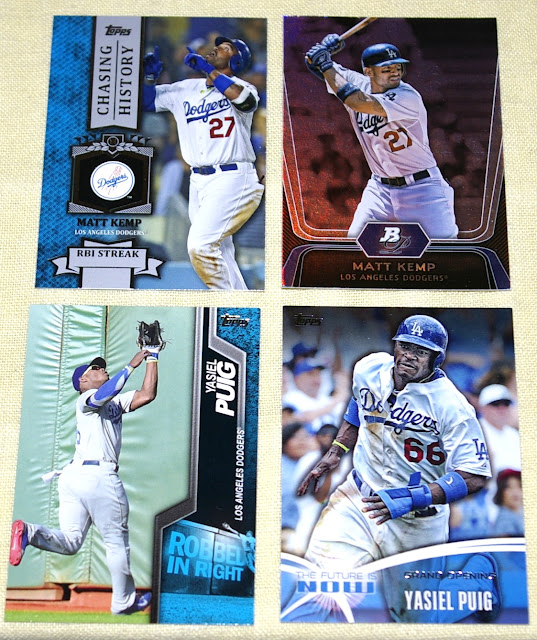 Dodgers sneaking into my collection by way of Kemp and Puig. 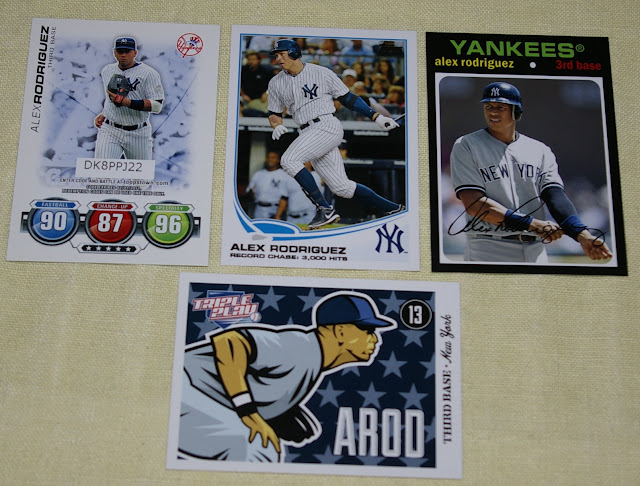 The guy everybody loves to hate. 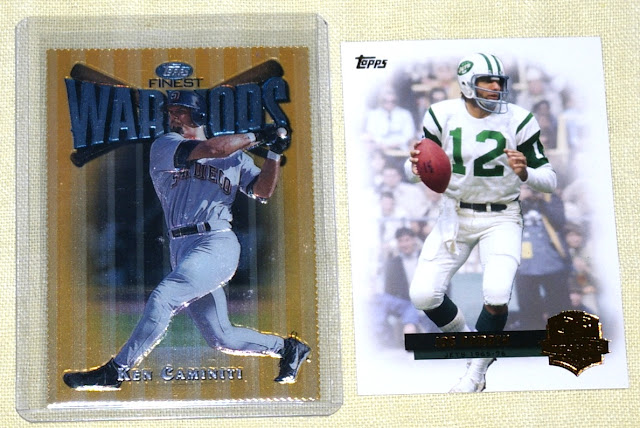 Closing it out with a sweet deckled Finest Warriors Ken Caminiti and a Joe Namath.

Thanks again for the trade, Twitch! Really nice bunch of cards. I finally put your return package in the mail this afternoon, and not to oversell it, but it may be the greatest trade package since apes first conceived of the concept of trading back in the late paleozoic era. No, that's probably overselling it. But I still think you'll like it, so keep an eye out for that.

Check out his blog here, if you're so inclined. Lots of cool girlie cards and sketch cards.  He's been mentioning on Twitter that he's got lots of trade bait itching to be mailed out, so feel free to ask him about a trade and he'll hook you up. His team is the Cubs.

Thanks for stopping by!
Posted by defgav at 3:52 PM