Tim from I Love the Smell of Cardboard in the Morning and I exchanged cards a few times last summer. In October, he was putting a return package together for me and noticed I mentioned needing an '89 Upper Deck Griffey and offered including one in his next mailing to me. Of course I said, "YEAH!!"

It took a while, but it was worth the wait, as Tim delivered a hell of a card package the other day. (He had a very good excuse for the delay, as he and his wife welcomed an addition to the family.) 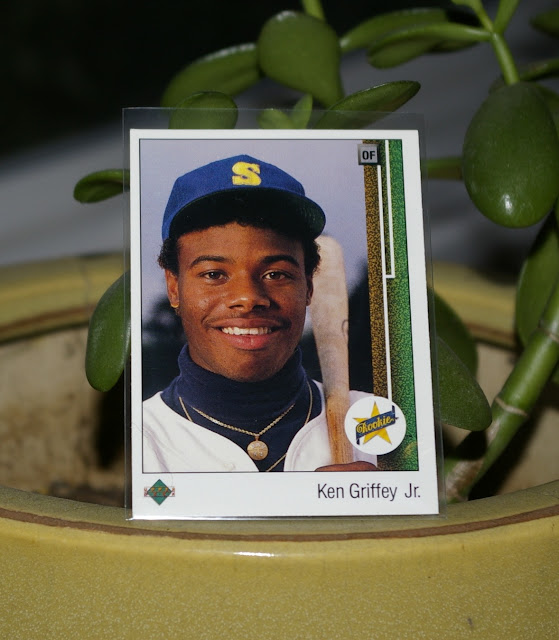 Behold! I started collecting baseball cards in 1990. That means this has been the "it" card for me since day 1. The stars just never alined for us in those 25 years. There were times I had thought about ponying up for one, but never pulled the trigger. But now, finally, I own a 1989 Upper Deck #1!
Thanks so much, Tim!

And if that wasn't good enough by itself, the rest of the package was also packed with awesomeness. 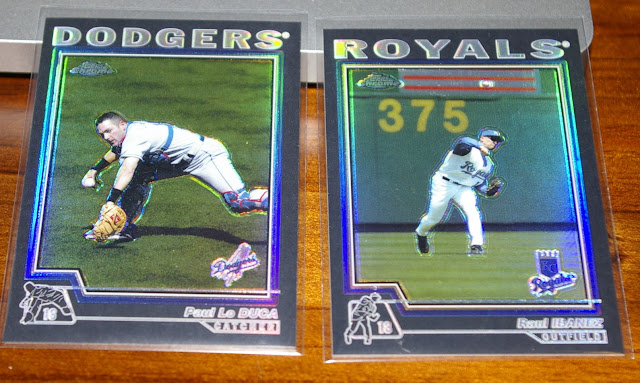 Very nice surprise getting a couple 2004 Chrome black refractors for my parallel set. These 2 needs help me crack the ⅕ complete point. Slowly chugging along! 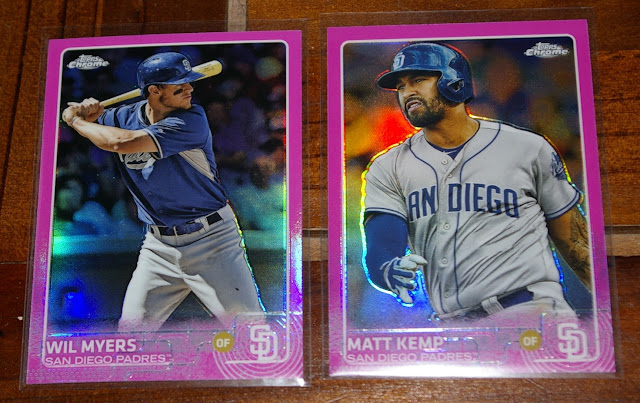 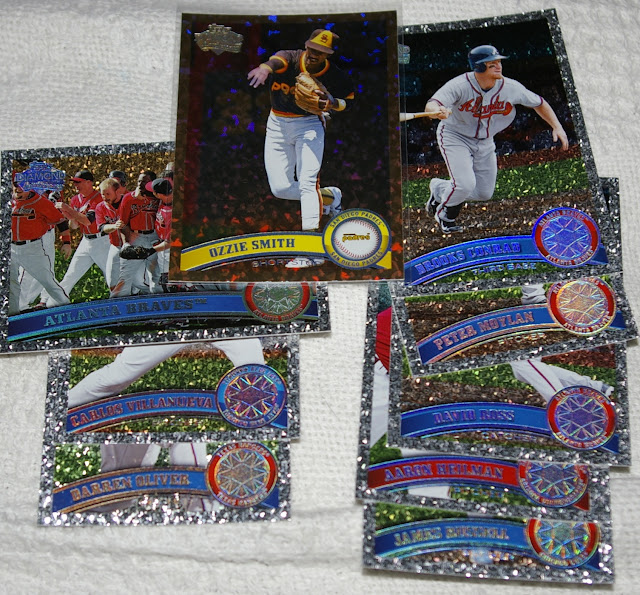 More 2011 Topps sparkly parallels! Man, I really need to sit down and figure out where I am with this checklist. I've just been putting out a big net, worrying about sifting through it later. The highlight of this bunch has got to be the SD Ozzie liquorfractor.

Tim hit some minicollections of mine, with a couple needed Gavin cards plus Guy From Granite, Marcus Giles represented by a sweet minor league card. 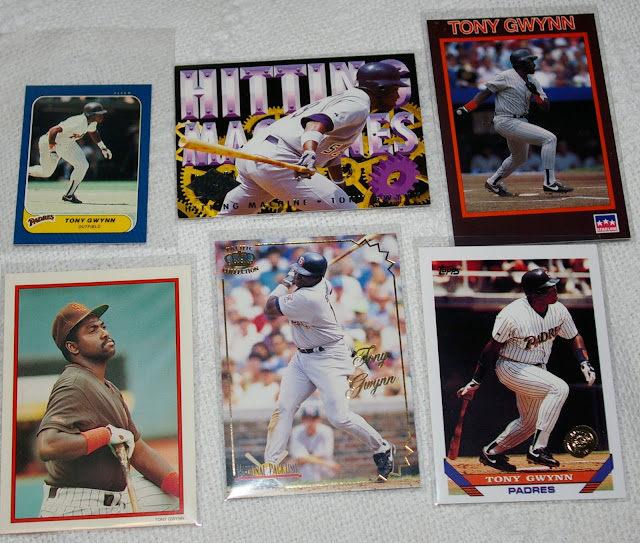 Here's a terrific Gwynn lot. Note that the 1993 Topps in the lower right is a Rockies Inaugural Season parallel.. pretty cool! 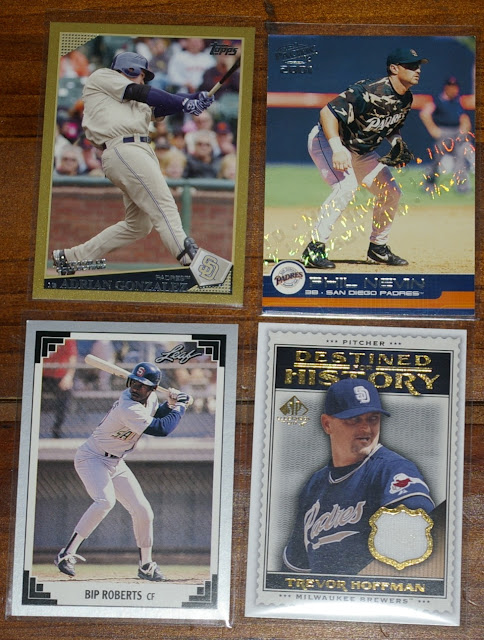 We close out with some more Padre goodness. Adrian Gonzalez gold /2009. Phil Nevin Pacific promo or something #'d 45/70. Everybody loves Bip. And the Trevor Hoffman relic knocked me for a loop. I've got a pretty legit Trevor PC, but this is only my 2nd relic of his.

Just an incredible assortment of cards hitting several bullseyes for my collection. Big thanks yet again, Tim! I'll do my best to hit you back with some decent cards soon.
Posted by defgav at 4:41 PM