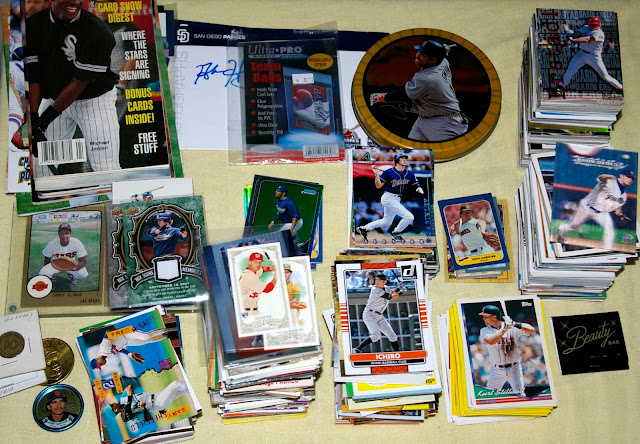 As I teased in last week's trade roundup, Marcus from all the way to the backstop recently sent a stuffed medium flat-rate Priority Mail box to me. He's been downsizing his collection, and offered up stuff to me and the other Padres fans of the cardsphere. He's in the middle of moving now, so I'm sure that's further motivation to slim down the card collection.

And that was in the same week that I met up with Rod from Padrographs to get handed down some other great Padres stuff. It's definitely bittersweet when Padre bloggers downsize and post less frequently, since it's great when we have a strong subcommunity supporting our lovable, hapless Friars. But on the other hand, getting free stuff is cool.

I generally don't like splitting mailings across multiple posts, but the immensity of the box was too daunting to try to cover in a single post. I'm going to start out by knocking out a bunch of cards via stacks. 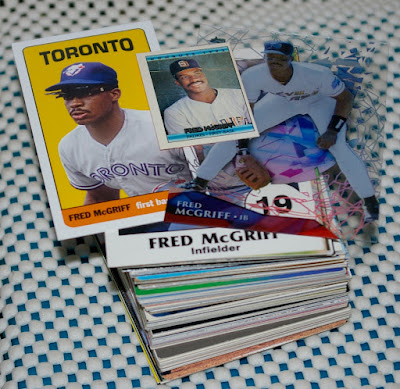 My Fred McGriff collection was teetering on the brink of 100 cards, and this stack of pure Crime Dog definitely blasts me past that magic number and then some. Funny to see his position listed as "infielder" since he never played anywhere other than 1B (or DH). 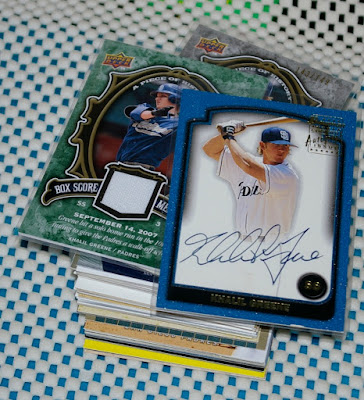 This stack here probably doubled my Khalil Greene PC. Highlights include a certified auto, a jersey relic, and a serial numbered card. 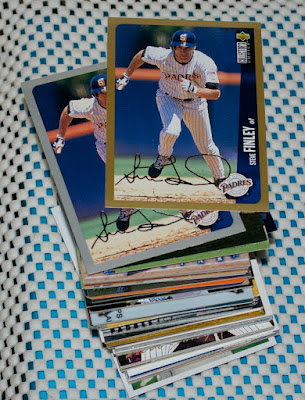 Steve Finley is a guy I liked during his late 90s heyday in San Diego, but for whatever reason, I just never really collected his cards since returning to the hobby. This mega stack from Marcus might convince me to officially start a PC for the guy. Between these and what I can scrounge from elsewhere in my collection, I could probably welcome him into the Hundred Card Club instantly. Highlights here are the Collector's Choice signature parallels, plus several numbered Topps Stars cards. 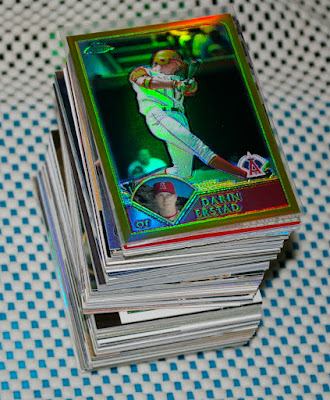 Here was a bit of a wildcard addition to the box. This tower of cards is nothing but Darin Erstad. It's a sweet bunch of around 150 cards, including that #'d Chrome gold refractor on top. But I never really felt one way or another about Erstad, so these will likely make their way to an Angels fan at some point. If anybody's interested in getting this instant Erstad PC passed along to them, let me know. 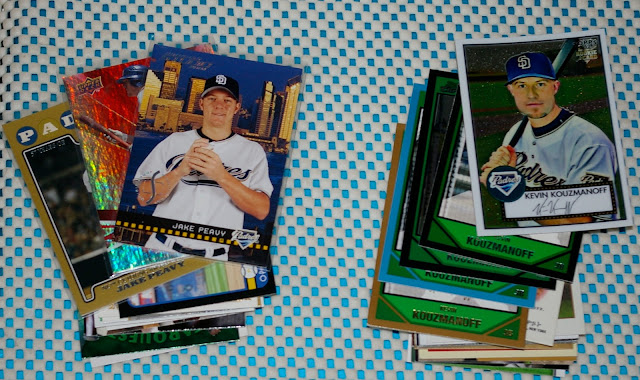 Back to the Padre-centric cards, here are stacks of Jake Peavy and Kevin Kouzmanoff, probably about 20 cards deep each, including a few numbered parallels. 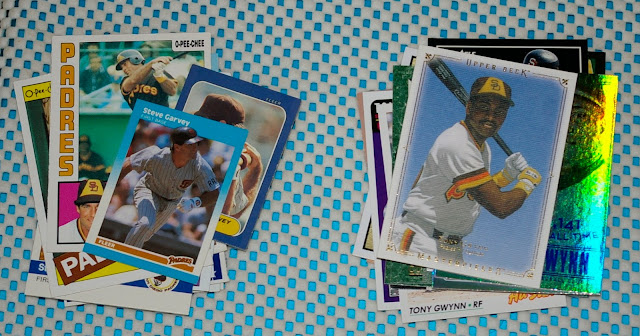 A couple big names here. That pile of Garveys is nothing but Padres cards.. Pretty rare to get a Garvey lot without some Dodger blue slipping in. Lots of oddbally stuff like OPC, Fleer minis, and some food issues.

I'm sure Marcus is hanging onto his impressive Tony Gwynn PC, but looks like he had several dupes to share. 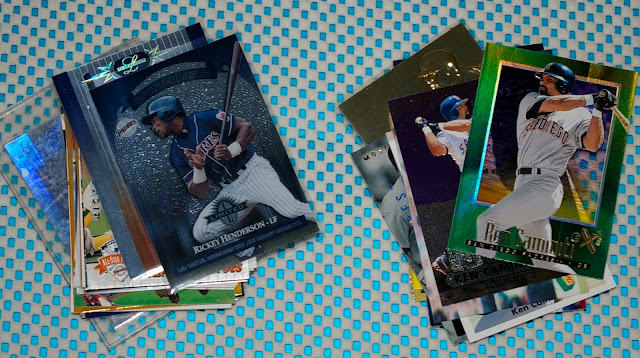 Let's wrap up this post with Rickey and Cammy. Rickey Henderson is a fun guy to collect, with his long, incredible career. This stack includes many of my favorite type of Rickey cards to get: Padres cards! And I'm glad I decided to collect Ken Caminiti a while back, because that opens up a place for a lot of crazy 90s inserts in my collection.

So that's going to close out Part 1 of the box. Just scratching the surface, and of course I could show all the cards rather than in stack form, but man, that'd take a long time!

Big thanks again to Marcus! The instinct is to send a bunch of cards back in return, but that'd be counter-productive to his downsizing. But yeah, man, I owe you big time. If I ever post any trade bait that catches your eye, or any customs you'd like copies of or whatever, just say the word!
Posted by defgav at 4:12 PM