The Black Sheep minicollection gets a PWE boost

Bo of Baseball Cards Come to Life kindly shepherded enough black sheep cards in a recent PWE to cover multiple posts in the series. To recap, this minicollection of mine features lesser-known baseball players who are related to someone who had considerably more success in the pursuit of athletic greatness. I just always get a kick out of pulling a card with a familiar last name and discovering the guy is in fact related to the other guy.

We start off with a sweet specimen for the minicollection: a 3-player rookie card with all three guys being sons-- Juniors, even-- of noted baseball players. Nice one, Topps!, assuming this was on purpose. 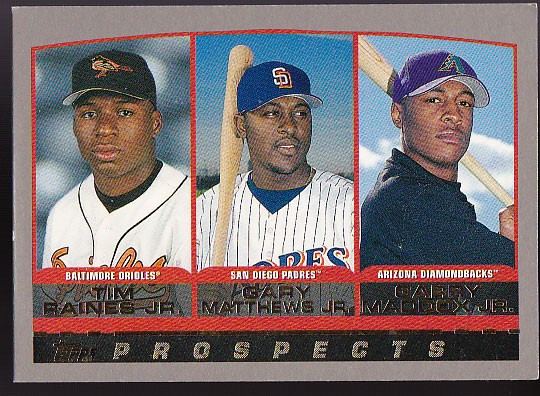 I already covered Tim Raines, Jr. in a previous black sheep post, so I'll direct you to that rather than repeat myself.

Gary Matthews, Sr., "Sarge", was NL ROY with the Giants in 1973 and went on to have a fine career that stretched 16 seasons. His son Gary Matthews, Jr had a pretty respectable MLB career too, and in fact he doesn't qualify for my black sheep minicollection because he exceeds the success parameters. His best year was 2006 when he was an All-Star with the Rangers.

The similarly named Garry Maddox won a bunch of Gold Gloves in the late 70s and early 80s patrolling centerfield for the Phillies, earning the badass nickname "The Secretary of Defense". Garry Maddox, Jr played from 1997 till 2003, but never made the show despite some pretty good years on the farm. He seemed to excel in A and AA, but falter in AAA. 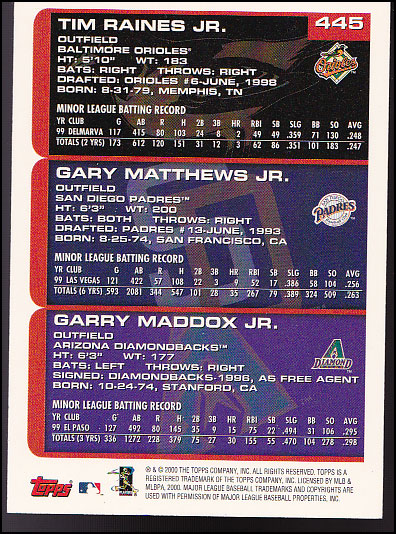 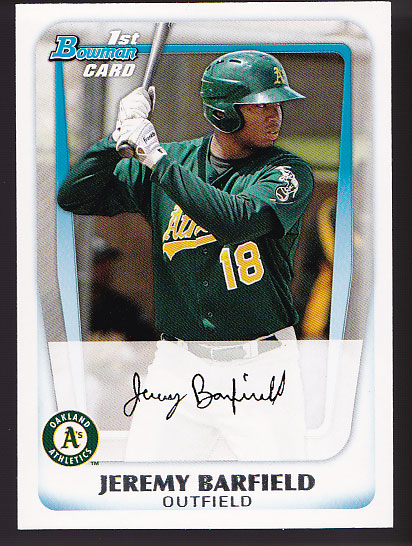 Jesse Barfield was a big bat in the heart of the Blue Jays lineups of the 80s, and All-Star in '86 when he led the league with 40 home runs. I knew his son Josh Barfield played the game thanks to a strong rookie campaign for the Padres in 2006. While Josh's career petered out after he was traded to the Indians the following season, his 300+ career games keep him out of the minicollection. His younger brother Jeremy Barfield, however, hasn't cracked the bigs. Jeremy's still active, spending some time in 2015 with Colorado's AAA club, so who knows, he's still got a chance. He also seems to have a pretty amusing Twitter presence, @BarfontheField. 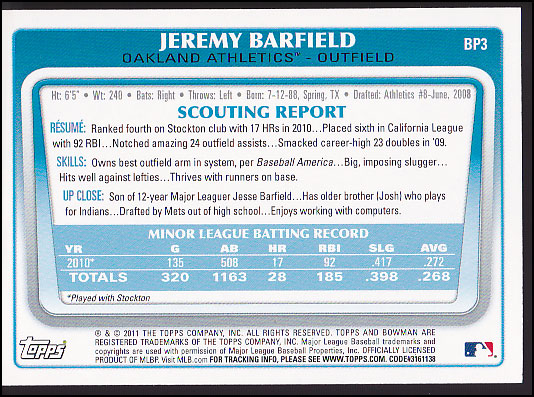 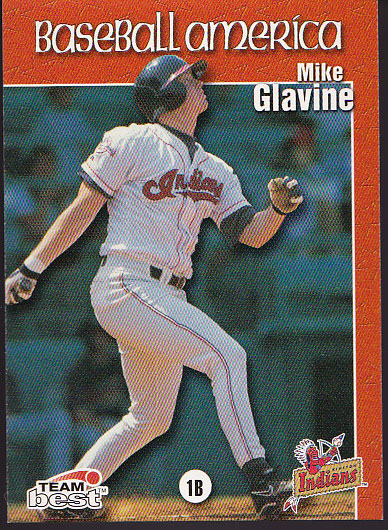 Before this card, I didn't realize Tom Glavine had a younger brother who played baseball (or if I knew at one time, I had since forgotten). Mike Glavine did reach the majors, but only managed 1 hit in 7 at-bats for the 2003 Mets. His brother Tom was also on the team. Pretty cool. He retired after spending 2004 in AAA. 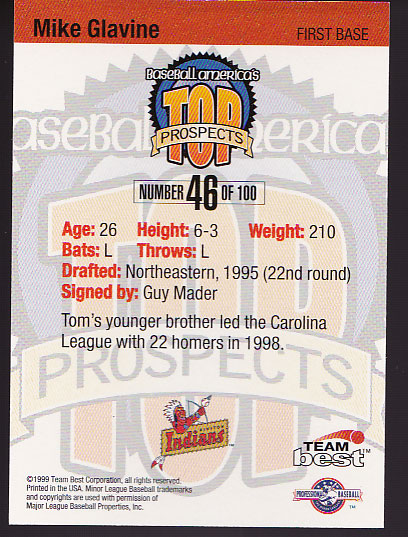 That's it for this time.

Big thanks for the cards, Bo!
He actually originally sent his PWE like over a month ago, but it was MIA for weeks, eventually being returned for postage due. Ironically, on the re-sent PWE, the 2 Forever stamps haven't been canceled. Meaning someone could possibly be persuaded to reuse them if they weren't above stooping to the discouraged practice, thereby costing the post office considerably more than the few cents they were whining over in the first place. Funny how things work out!
Posted by defgav at 5:28 PM