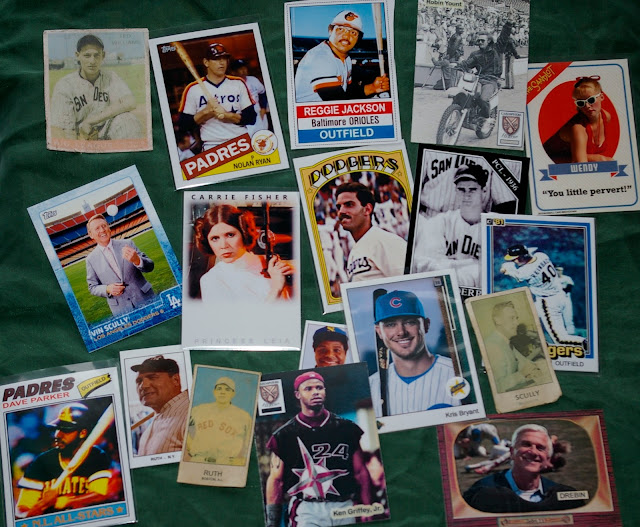 Good week for cards showing up at my door, but before I get to the trade roundup, let me throw a special offer out there just for this weekend. I want to try helping Nachos Grande sell a few more teams for his imminent 2016 Topps Series 1 group break. If any of you guys were on the fence about signing up, I thought I'd try to entice you a little. Sign up (and pay) for a team between now and the end of January (so, by midnight Sunday) and I'll send you your choice of a custom card I've whipped up. It could even be one of the customs I've used for a TTM request (but you'll get an unsigned copy). The above photo shows just some of the available fake cards on the table. So if you're interested, just go sign up following the simple instructions in the post, then comment back here (and/or email me) letting me know which custom you want. Note this offer is only for customs I've already made, not requests for creating a brand new card just for you. But let's say if you sign up for 3 teams, you could probably get me to take a request for you.
Let's fill up the break!

Now onto this week's trade roundup. 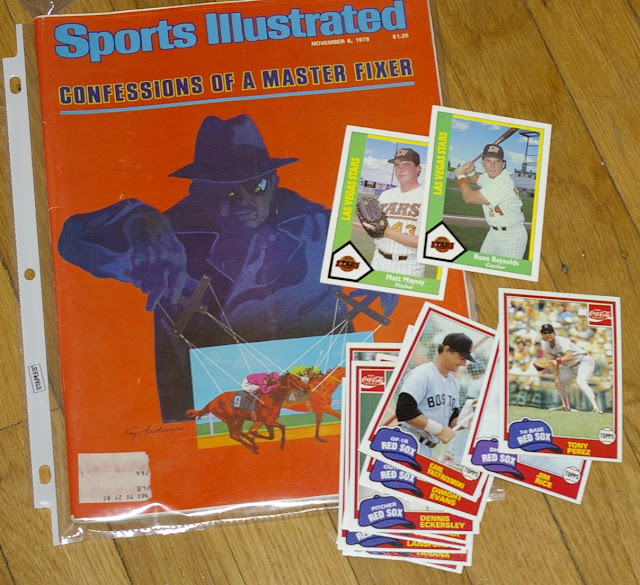 Mark Hoyle sent me this package containing a team set of 1981 Coke Red Sox, plus a couple minor league Padres and a Sports Illustrated from 1978. The Red Sox set features a few guys I PC, notably Yaz, Dewy, and Tony Perez, so that was cool to get. As for the SI.. what's the deal? Well, you might remember the other week I was asking if anyone could check for the issue with Pete Rose trying on a bunch of unfamiliar caps. Mark did better than just send me a scan of it, but went ahead and gave me the issue! 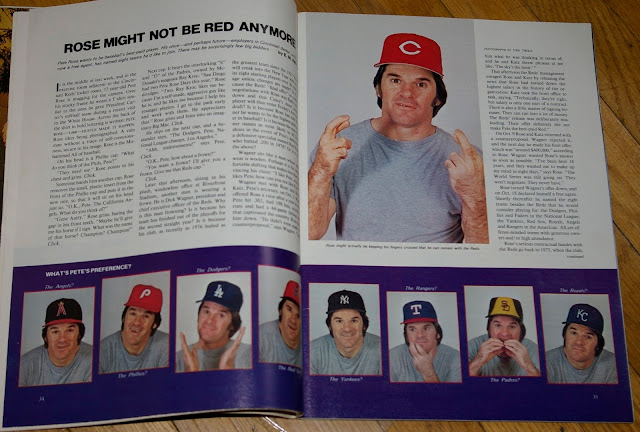 Looks like I'll soon be scanning this badboy and creating a batch of Pete Rose fantasy cards, along with re-doing my Burger King variation in better quality!

Thanks, Mark! Some cards from me should be showing up early next week.

Next, Jedi Jeff got wind that I'm half-assedly working on a frankenset of 2011 Topps parallels, and he sent me over a bunch of sparkly: 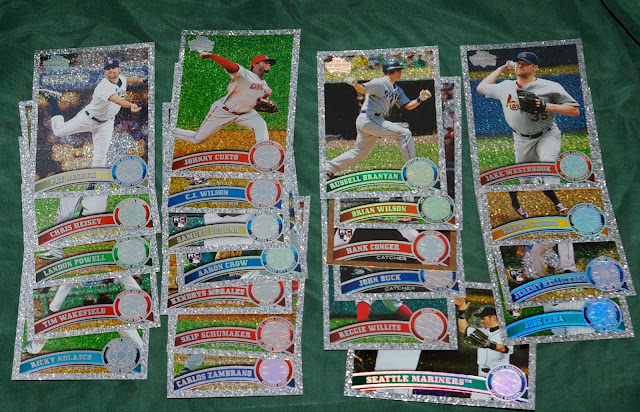 Excellent! Thanks, Jeff! I'll get a return out to you soon.

Finally for the week, I was the loser of Julie's recent contest at A Cracked Bat. But she surprised me and the other participants be revealing after the fact that she had two of the available prizes, one for the winner and one for the loser. Whoo! 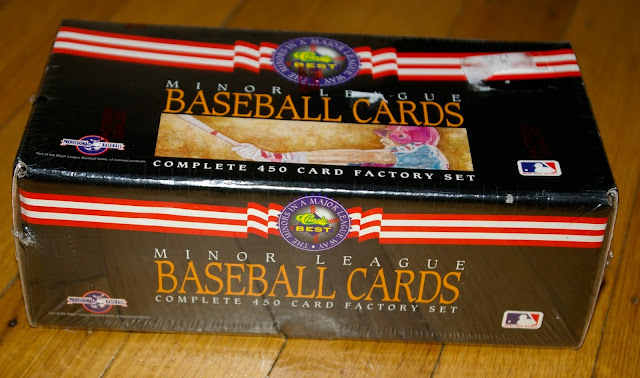 This is a sealed factory set of 1992 Classic Best Minor League cards. Funny thing about Classic Best for me is that the 1991 set is the only full-sized set I've hung onto from my original collecting days in the early 90s. The likes of 1990 Score and 1989 Topps got jettisoned, but I couldn't part with the first complete minor league set I ever had. So it's cool to now supplement it with the '92 set. I'm torn about leaving it sealed or not. Chances are I'll bust off the wrap and look through the cards one of these days. I'm sure it's like 75% dudes I've never heard of, 20% I vaguely remember, and maybe 5% that actually had decent major league careers. But it'd be fun to go through, I'm sure.

Thanks, Julie! While this wasn't exactly a trade, I plan to send a little "thank you" soon.

And thanks to you all for stopping by!
Posted by defgav at 1:04 PM