2004 Chrome Black Refractors by the bunches

The other week when I announced my intention of working on a set of 2004 Topps Chrome black refractors, SpastikMooss of The Great Sports Name Hall of Fame offered to round up a bunch of them for me in exchange for whipping up a few custom glow-in-the-dark sketchcards for his PCs. I jumped at his generous, flattering offer. He's known as a "COMC guru" and was able to score some good deals on these black rainbowed beauties there. 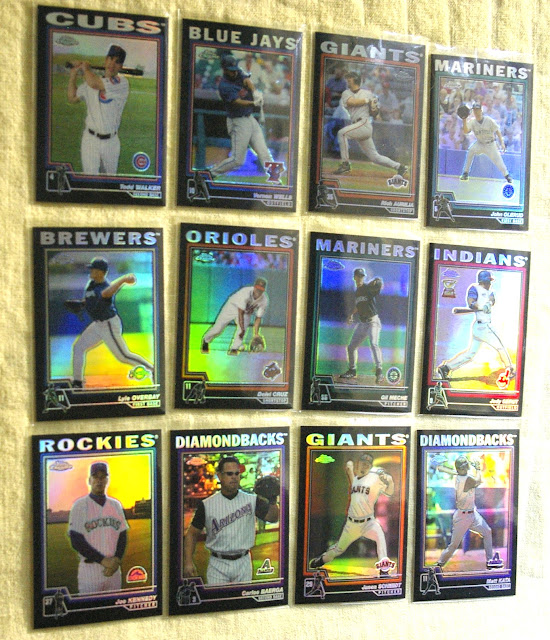 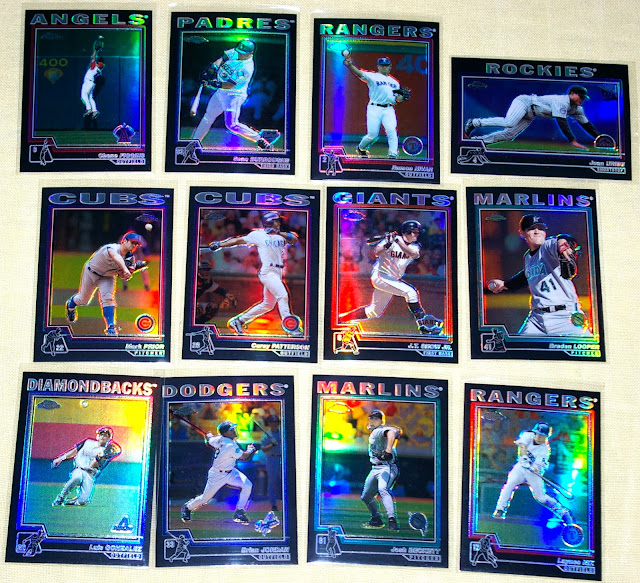 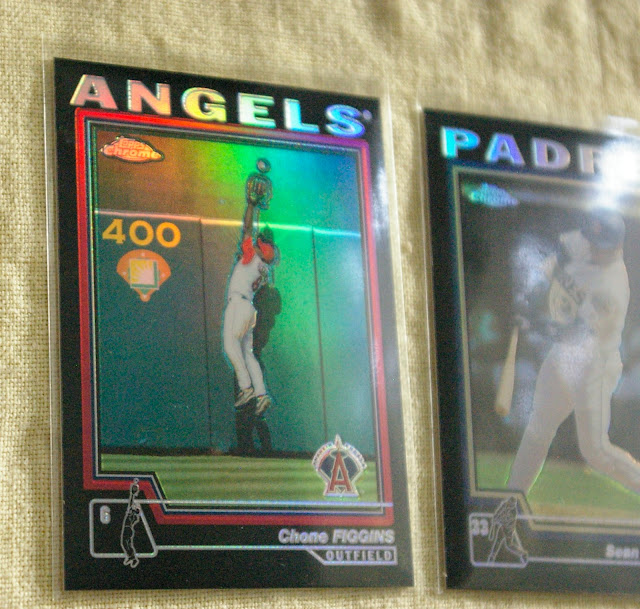 Chone is getting sucked up into the rainbow! 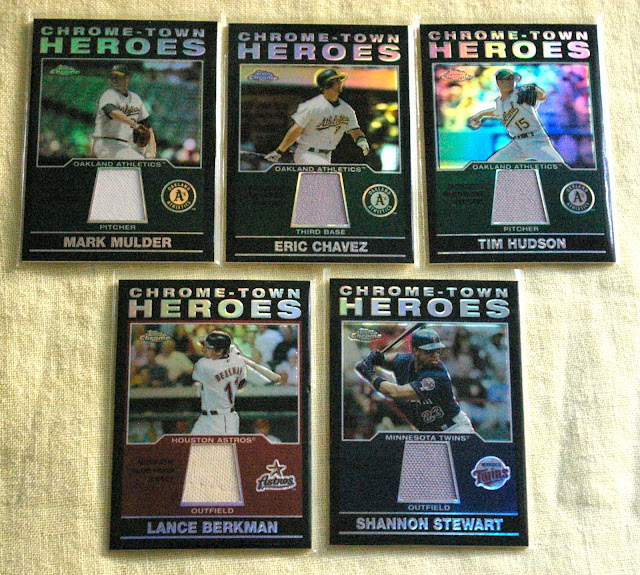 Mr. Mooss also hit the relic section of this goal of mine, with a trio of A's, a Lance Berkman, and Shannon Stewart. Great stuff.

Thanks a lot for the trade, man! Hopefully the customs show up soon and you're happy with them. I think they turned out ok, for what it's worth!

Thus concludes the "trade post" portion for today, but...
I also grabbed a couple more of these suckers as part of a recent Sportlots order: 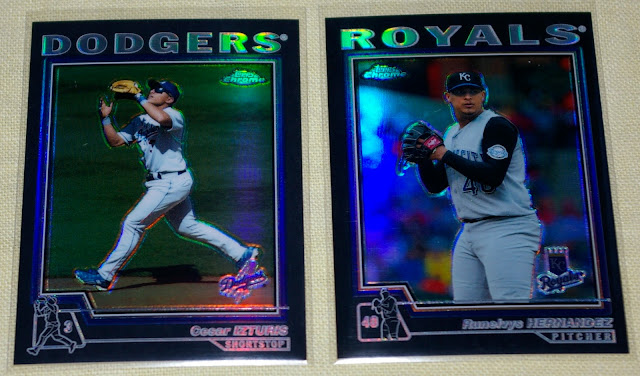 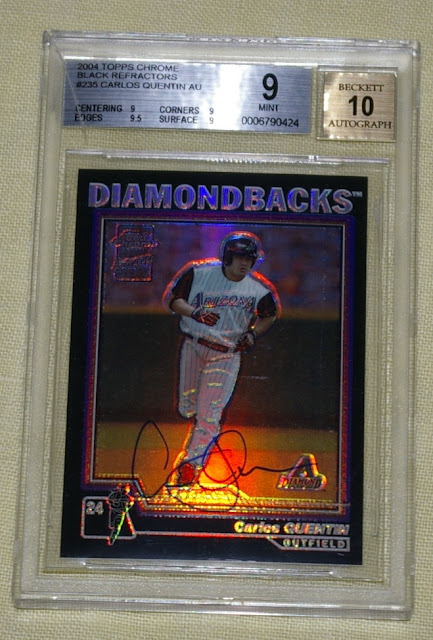 Got this Carlos Quentin offa eBay recently. The seller had originally been trying to get ~$70 for it for the longest time before eventually he was really ready to part with it and started it with a low opening bid. The crack in the top of the slab helped keep the price down (I don't care about the grading, but I'll probably go ahead and leave it in there for the time being) and scored it for comfortably under a blaster. Quentin is the biggest name in the auto checklist, believe it or not, so the rest should be a breeze.. just gotta have patience for them to pop up. A couple weeks ago a Connor Jackson (probably the 2nd biggest name in the auto checklist) snuck by me and ended for peanuts. Kicking myself for not keeping a good enough eye on eBay for these. I've since set up a saved eBay search, so hopefully that won't happen again.


Still a long way to go, but decent progress so far. Love these cards!
Posted by defgav at 3:29 PM