I love working on my Greatest Gavins minicollection, which is what I call my wide umbrella of Gavin cards. From common guys like Gavin Floyd, to lesser known minor leaguers named Gavin, to odd stuff like Garbage Pail Kids and celebrities named Gavin, not to mention athletes in sports I otherwise don't collect much such as hockey and soccer.. anything Gavin-related is welcomed. It makes for an eclectic grouping of cards all held together by a shared relatively-uncommon name my parents liked enough to bestow upon me.

But one avenue of collecting that didn't intersect with this minicollection was vintage. The name Gavin just didn't really catch on-- especially in North America-- until the past few decades.

But then I became aware of turn of the century ballplayer Gavvy Cravath.

Sure, the name Gavvy isn't exactly Gavin, but it's close enough for me to go ahead and let Mr. Cravath into the hallowed halls of my Greatest Gavins. After all, I've been "Gav" countless times in my life.. and have even answered to Gavy once or twice, I'm sure.

The story goes Clifford Carlton Cravath got the nickname Gavy after he once cracked a line drive that struck a seagull ("gaviota" in Spanish). Sportswriters at the time intentionally misspellt it as Gavvy with two Vs to emphasize that it rhymed with Savvy, not Davy. So again, not a true Gavin, but I'm giving him a pass here due to my enthusiasm for adding a vintage guy to this minicollection.

He also gets bonus cool points for my collection because Gavvy was the first baseball player from the San Diego area to ever play in the major leagues! He was from Escondido, while I grew up 30 miles south in El Cajon. So yeah, he's a prime candidate for me to collect.

In addition to the cool name and hometown, turns out Gavvy had quite the career. For a time, he was the quickest player in major league history to reach 100 home runs, and was known as the modern era career Home Run Champ before Babe Ruth came along. He didn't get a shot at being an everyday player in the bigs till he was 30, otherwise he'd probably be in the Hall today.

After brief stints on the Red Sox, White Sox, and Senators, the Phillies bought his contract in 1912 and he went on to have several outstanding seasons with the team, leading the league in many offensive categories. After nearly winning the triple crown in 1913 (1st in HR and RBI, 2nd in AVG), he was runner-up to the NL MVP award, finishing ahead of big names like Christy Mathewson and Honus Wagner in the voting.

For more info, here's his Wikipedia entry. Here's his stats at baseball-reference. Also check his minor league numbers to see he put up some strong numbers in his early years (PCL MVP in 1907, American Association batting titles and home run crowns in 1910 and 1911), plus stuck around a couple years after his major league career ended, not hanging them up until he was in his 40s. Later became a judge. He was known as an easy-going guy and lived to the ripe old age of 82.

Ok, so now that we're acquainted with Gavvy, let's take a look at the card that triumphantly enshrines him into my collection: 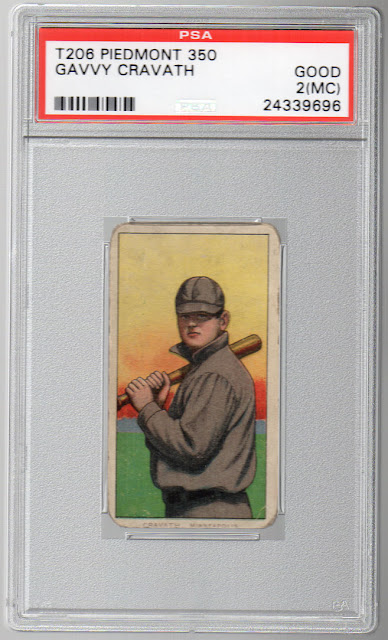 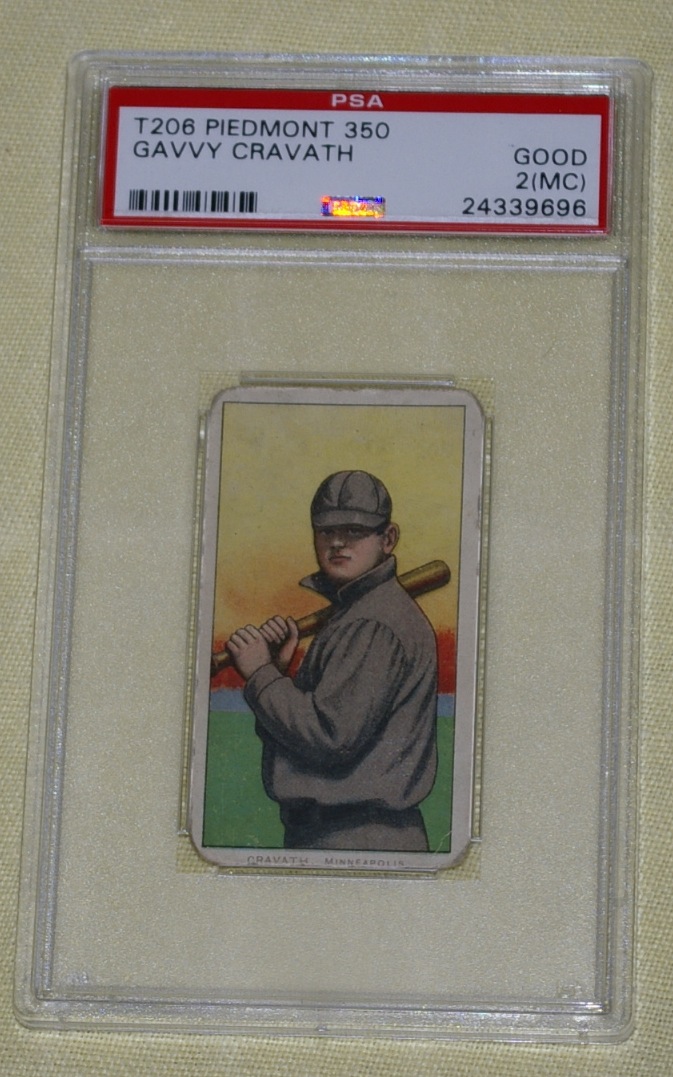 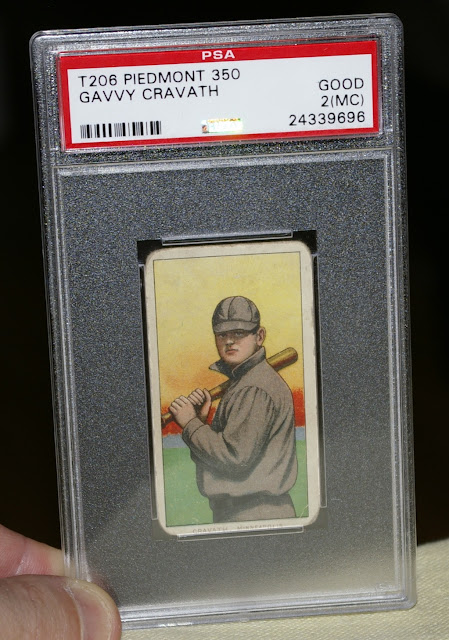 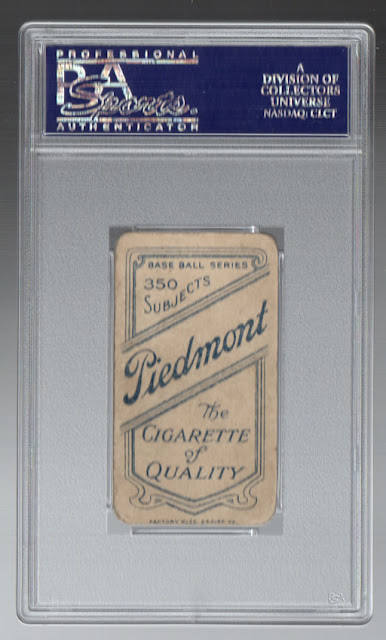 Earlier this year, Zippy Zappy graciously welcomed me into the T206 Club. Now I've doubled up my membership thanks to this beauty. I wanted a graded copy chiefly because otherwise his first name isn't present anywhere. And a grade of "2" is pretty good for a card that's well over a century old! Cost me a blaster and a half, which seems reasonable. So I'm very happy with this pickup.

From looking on eBay, he doesn't have many other widely available cards from his playing days, though there is a 1915 Cracker Jack card, 1912 E270-1 Colgan's disc, and a 1920 W519 stamp. I'll have to keep an eye out for reasonably priced specimens.

Additionally, he has a handful of cheap modern cards along the lines of Conlon cards, Galasso cards, and reprints. In fact, I just picked up a couple on Sportlots. 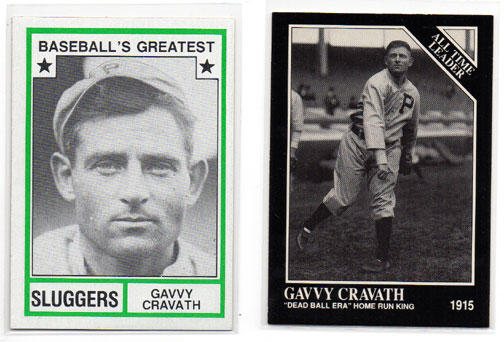 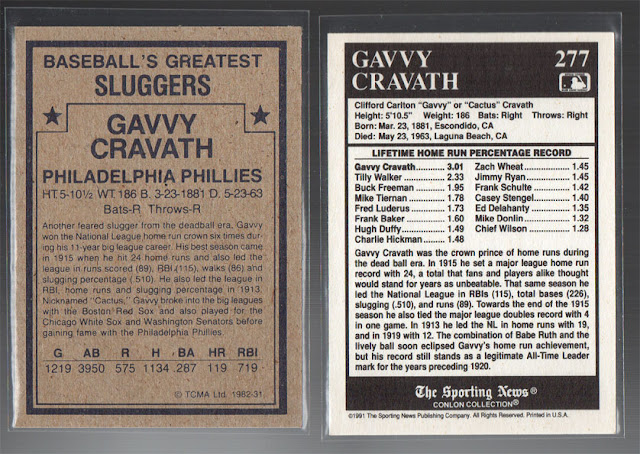 Should be a fun guy to collect!
Posted by defgav at 11:37 AM