Potential disaster! Was anybody Hoyt?

It's always scary receiving a damaged piece of mail, especially when it's cards!

This PWE arrived the other day just like this and gave me quite the fright. That poor McCutchen parallel is exposed for all the world to see. Thank goodness he was able to cling in there and not become a USPS casualty.

I'm sure this envelope was in shipshape when it was originally sent out by Tony Burbs over at Wrigley Roster Jenga HQ, but somewhere along the line, a callous postal worker and/or sorting machine had its way with it and left it clinging to life.. er, cards. But all the cards seemed to be accounted for and no worse for the wear, so we can all breathe a sigh of relief. (Queue Tony commenting something like, "What happened to the '52 Mantle I included?! No!!!!") 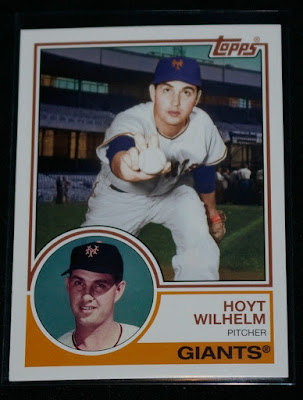 Speaking of relief.
Happy Wilhelm Wednesday, everybody! Here's the card that spurred on this, our first trade. Love me some Hoyt, and this card was one of those pesky 2015 Archives SPs. I really wonder if the backlash Topps got for SSPing the SPs in that product was somewhat responsible for A&G having no full-sized base SPs this year... like, it's their way of making it up to collectors. I bet the lead times on their releases are so far ahead that it's just a coincidence, but I'd like to believe it was an act of contrition. 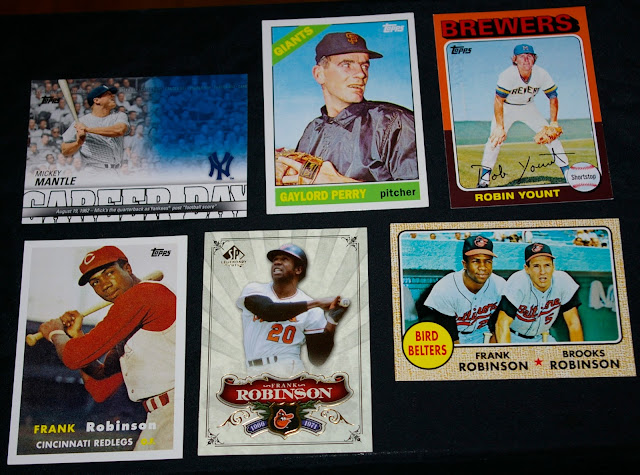 Next are some more old-timers on modern cards. Those reprints are 60 Years of Topps Your Mom Flushed (or whatever). 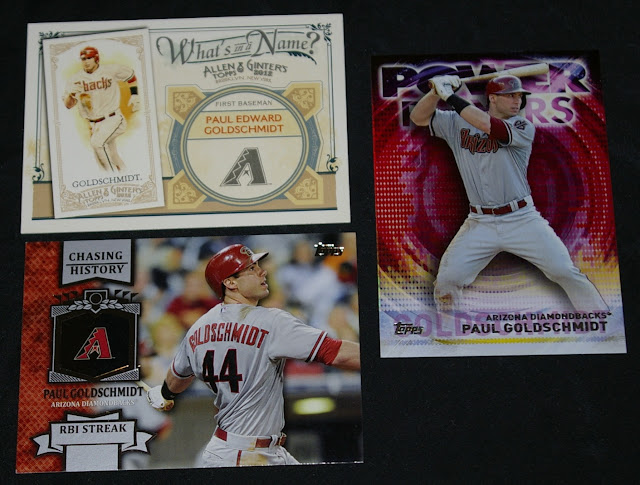 Here's a fine trio of Goldschmidts. 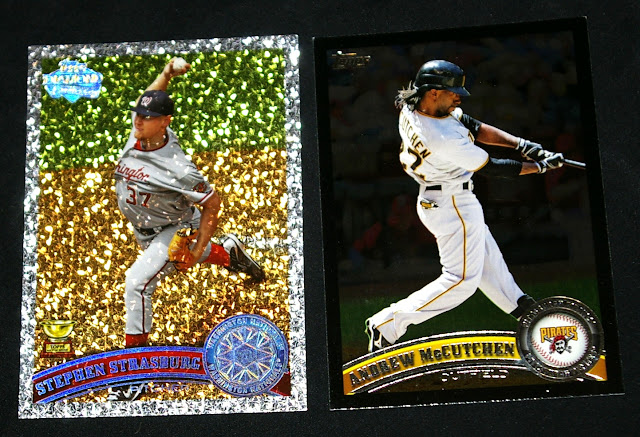 Here are a couple "double hits" for me, with both these guys being dudes I collect, as well as possible inclusions for my 2011 Topps Parallel Frankenset that is still in the embryonic stage. (Anybody looking to dump 2011 Topps parallels-- preferably sparkly parallels-- I'd love to trade.) 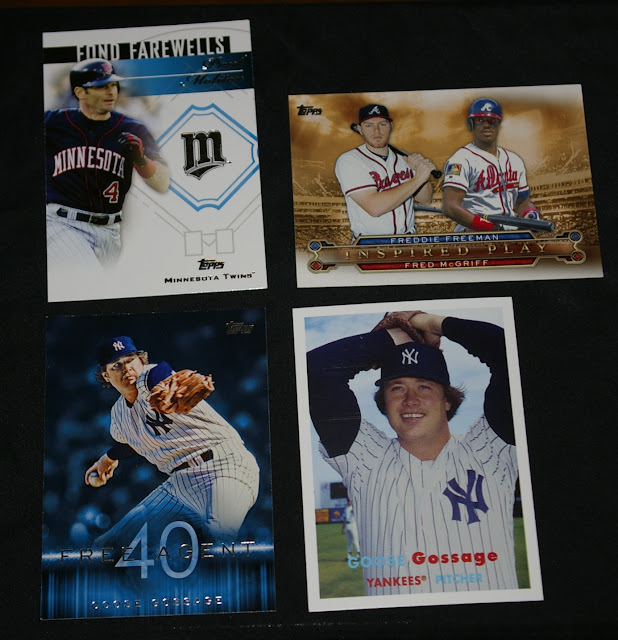 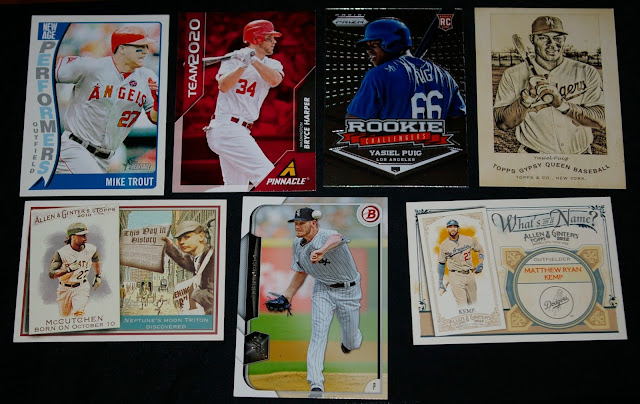 Finally, here are some active guys. Some nice stuff here!

Big thanks, Tony! Hope to do it again sometime.

A final thought on the torn envelope...
After a PWE that I sent to Astrodome Bru last year tragically arrived ripped and empty, I have since adopted the practice of putting a small piece of clear shipping tape on either end of an envelope I send out with cards. When an envelope "fails" it's usually at the ends, so the tape helps give some extra reinforcement against this type of unfortunate incident.

Just a little Public Service Announcement for you traders out there to consider!
Posted by defgav at 4:03 PM