Show recap conclusion: rounding out the 50s and 60s

Here's the final post featuring my haul from the August card show. Scored a bunch of sweet vintage that I couldn't pass up even if it wasn't a set I was working on or a main PC guy of mine. 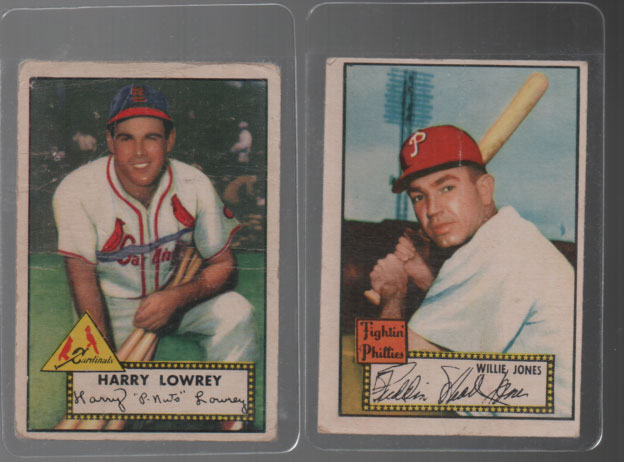 I only owned one or maybe two cards from 1952 Topps, so for a buck each, I was happy to add a couple more. They're in decent shape for their age.
Harry "Peanuts" Lowrey was an all-star with the Cubs in the 40s and hit .310 for them in the 1945 World Series.
Willie "Puddin' Head" Jones (both these guys had great nicknames and are even included in their facsimile signatures) was the Phillies' starting third baseman during the 50s and was a 2-time all-star. 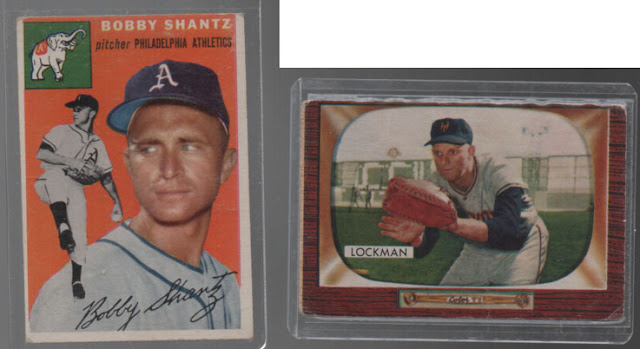 The dealer had a few cards each from 1954 Topps and 1955 Bowman, and while it was tempting to grab them all, I had restraint and just grabbed a couple guys I had heard of.
Bobby Shantz was an excellent fielding pitcher, picking up several Golden Glove awards. He was AL MVP in 1952, going 24-7 for the A's. He's still kicking at age 89 and known as a very generous TTM signer. (I don't think I'll trouble him with this card, however.)
Whitey Lockman had some good years with the Giants in the 50s, an all-star in '52, and was part of their Championship team of 1954. They traded him to St. Louis for Hoyt Wilhelm before the 1957 season.

1955 Topps is a nice looking set that I didn't have much if anything from previously. The name Jim Davis makes me think of the creator of Garfield, but turns out he was also a NL pitcher in the 50s. This is his rookie card, which is kinda neat, though he only pitched 4 years.
Rube Walker wasn't exactly a star either, but had a decent 11-year career as a backup backstop on the Cubs and Dodgers. 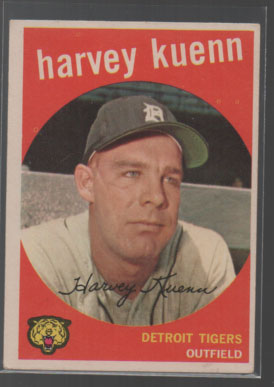 I picked up this 1959 Harvey Kuenn with Tony L. in mind, but he already has it. I should mention all these 50s cards are possibly up for trade, so feel free to ask about a swap if you need any. 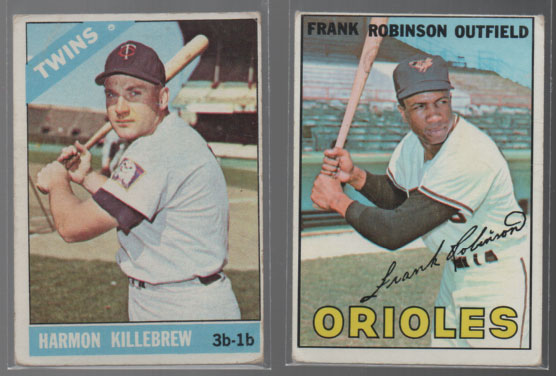 Now we get into the 60s with a couple of big names. 1966 Harmon Killebrew and 1967 Frank Robinson. Not in mint condition, but definitely worth the price. I've been fighting adding Killebrew to the list of guys I collect, but I think I may need to give in. I don't want to feel like I have to collect every great player from the modern era, you know? But Killer is just too cool. I do have a modest PC going for Frank Robinson, with a few decent vintage cards picked up cheap. Seems he's always getting overshadowed by Mantle and Mays, but was among the elite players in the game for a long time. 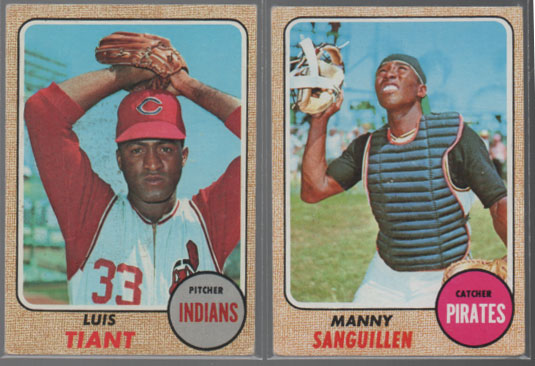 A recent post by Dimebox Nick convinced me that Luis Tiant is a guy that everyone should collect, and his 1968 Topps card is a nice addition to that budding PC. The Manny Sanguillen RC was also a no-brainer to add to my stack. 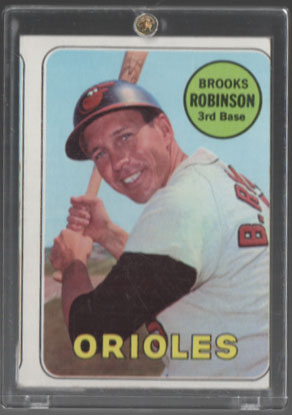 Let's close it out with this 1969 Topps Brooks Robinson. It's in excellent shape apart from being incredibly miscut. Even came in a screwdown case. Great looking card despite Topps' quality control inadequacies.

So other than cards specifically picked out for trading buddies of mine-- many of which are already in the mail-- that wraps up this card show haul. Thanks for checking it out with me.
Posted by defgav at 3:56 PM