Been awhile since we checked in with the "girlie card" area of my collection. It's not a super active focus of mine, but from time to time I'll be smitten with a young lady on a piece of cardboard and make her mine. The cardboard version, that is. 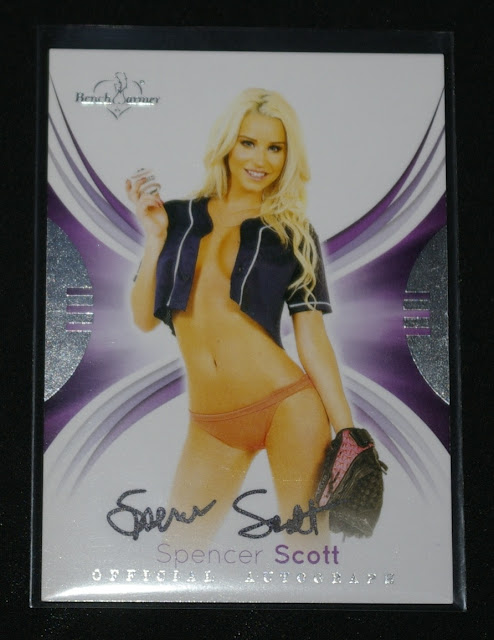 Long time readers of the blog might be familiar with Spencer Scott as a lovely lass I accidentally started collecting a while back when I was looking for Shane Spencer autos (really!) This is like my 3rd or 4th autograph card from her. While I really didn't need another one, I thought this one was nifty because it's got a baseball theme to it. So see, it all ties into my main collection, sorta. Won it on Listia for a modest lump of credits. 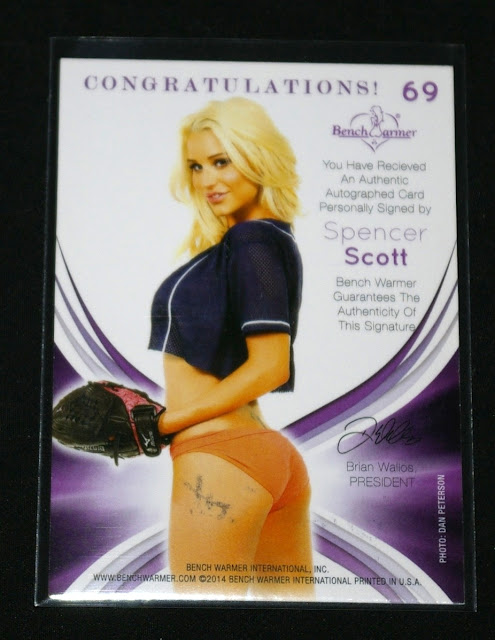 Here's the backside, which is also quite nice, except for the auto bleeding through a bit (or perhaps it was stacked upon another wet auto) and giving Miss Scott what looks like a nasty bruise on her upper thigh.

Ok, I promised you two sexy autos! Are you ready for the next one?!

[Now if you're a loyal reader of Baseball Card Breakdown, you know this is usually where I post a Kent Tekulve auto and we all have a good laugh.]

[But I haven't scored any new Teke autos lately, so you'll just have to look at another pretty girl.] 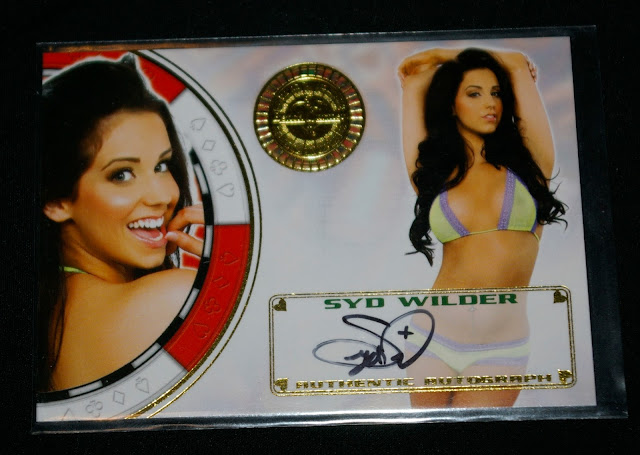 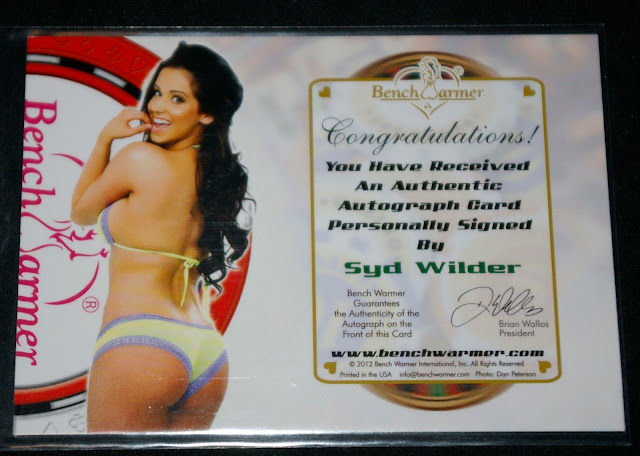 Lovely! I don't know who Syd Wilder is, but I'm instantly a fan. This was another Listia win. There's one seller on Listia in particular who always seems to have lots of Bench Warmer cards up for bid. I believe it was the same guy the Spencer Scott auto came from. I've bid on more of this seller's BW cards than I should admit, though these are the only two I've won in the past few months.

Since I can sense you're all a bit disappointed in no Tekulve autographs in this post, I'll give you one more bonus pretty girl to look at... 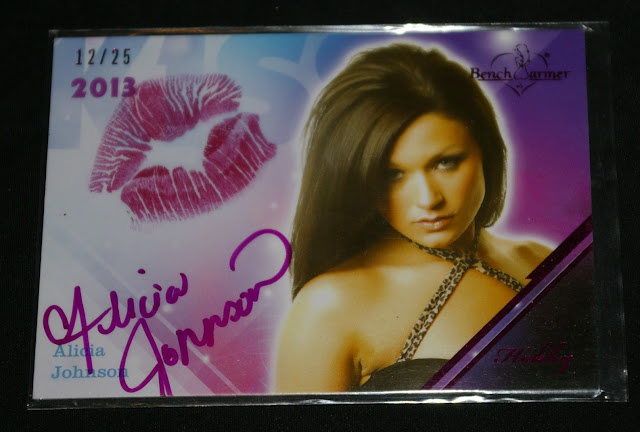 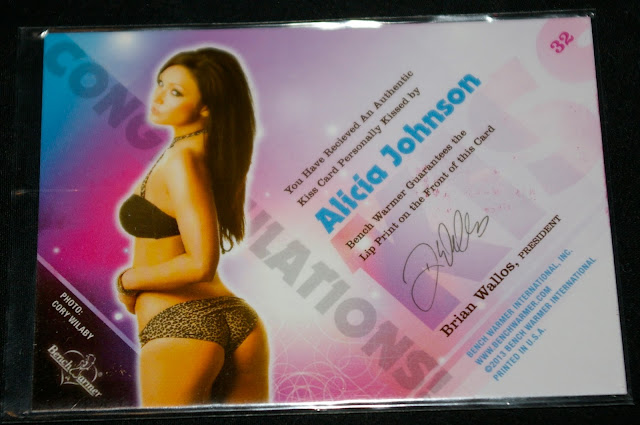 Alicia Johnson here is an attractive female. This card has been kissed by her, even! My first "game used" lipstick card. And it's a Christmas Card, which is why I paid somewhere around four or five bucks for it on eBay some weeks back. Occasionally I'll put in a few low bids on 12/25 cards, and sometimes I win. Actually, I've kinda pulled back from my Christmas Card collecting lately because it was just too much with such vast possibilities and I feel I need to focus my collecting a little better. I'm still definitely collecting 12/25 cards, just not going out of my way for them as much.
Posted by defgav at 3:49 PM