Hey, let's finish recapping my haul from the card show the weekend before last. I already showed the big score from my old vintage guy, as well as a buck spent on nickel box cards.

These here were from the 50¢ bins. 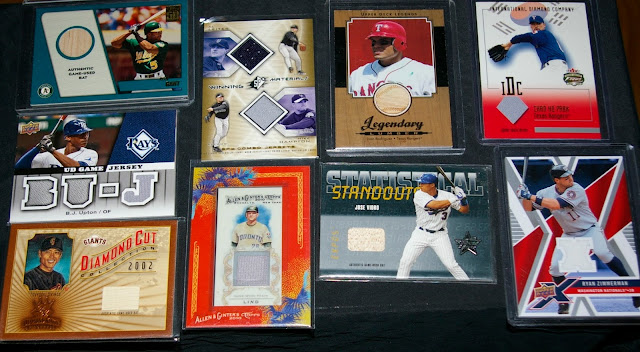 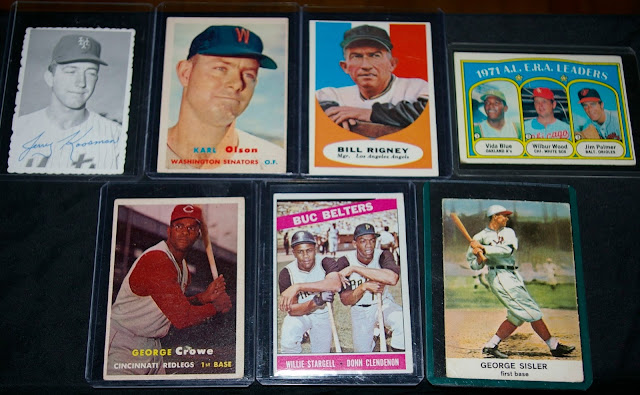 Some lovely vintage! I was especially happy to score the two 57s. That's a definite "maybe someday I'll work on completing that set" dream set for me. I think that's my first ever "Cincinnati Redlegs" card. Possibly my favorite pickup of the day was the Stargell (w/ Donn Clendenon).. you know Pops has been on my mind lately. The Koosman deckle, Rigney mgr, and 1961 Golden Press Sisler are all up for trade if you want them. 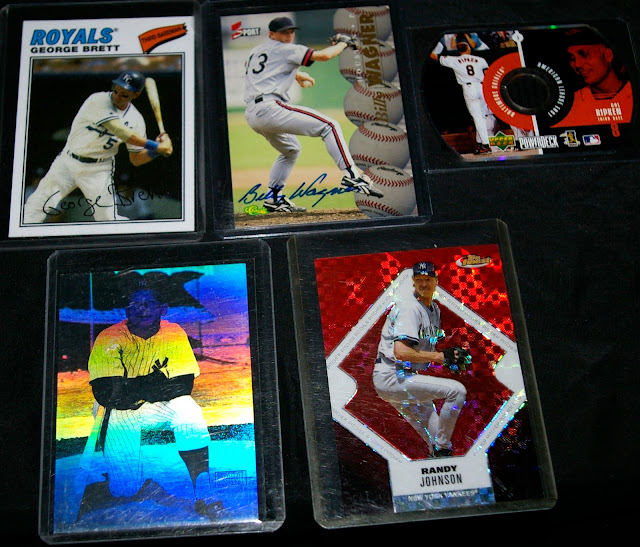 Here are some more cards. I only picked up a couple autos at the show, but I thought 7-time All-Star Billy Wagner was a pretty good score for just fifty cents. In the corner is a Ripken cd-rom card thing.. I was curious about those. Now I need to see if it'll play in any of the computers I've got in the house. On the bottom is a Mantle hologram and a Xfracting Big Unit, I believe #'d /250. 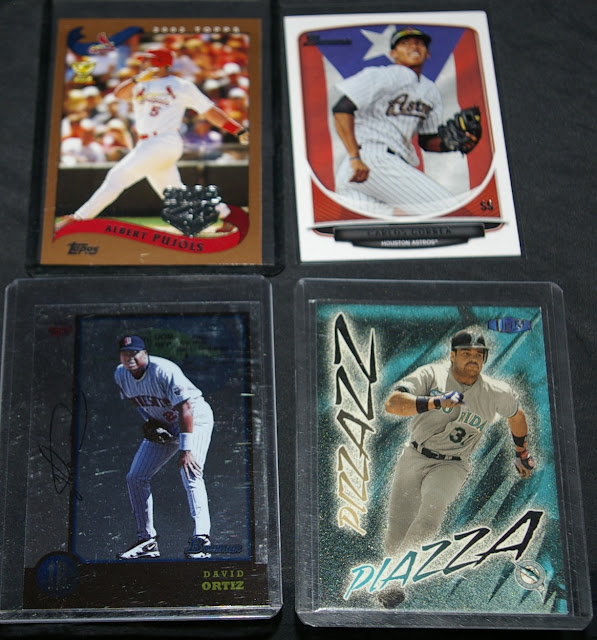 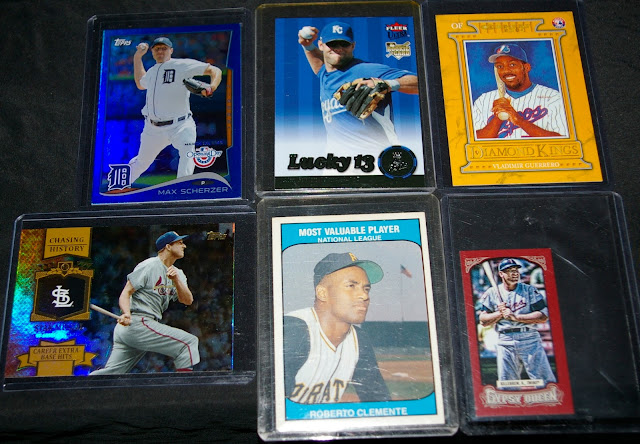 I've been building a stockpile of decent Twins cards in anticipation of trading with HSCA Brian for the first time. This Killebrew red mini is #'d 1/99. 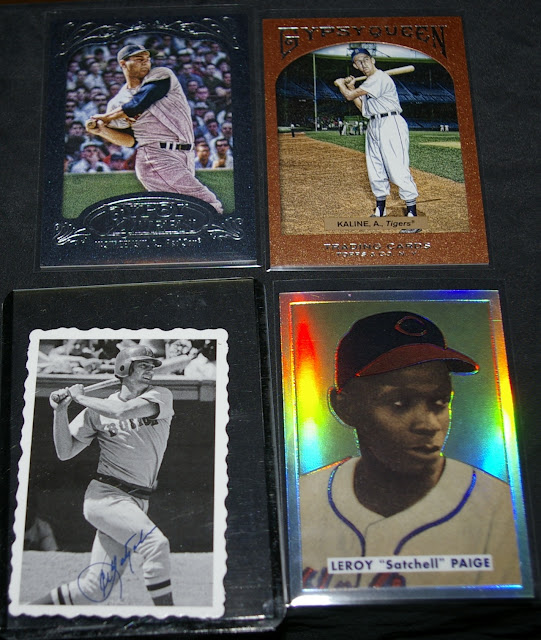 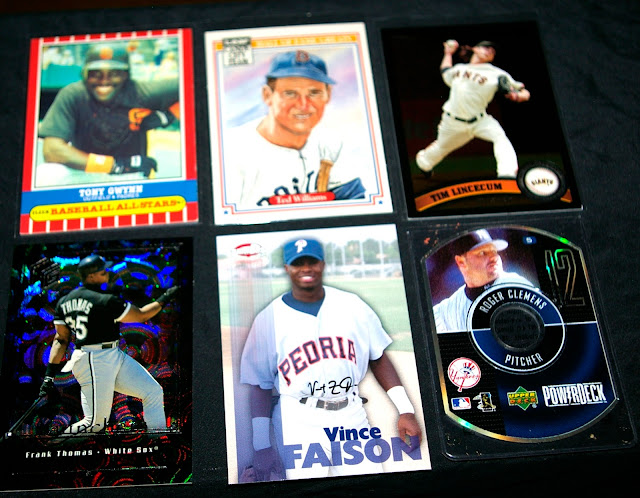 Sorry it's blurry, but that's a fine Gwynn happy card. These 6 and the below 3 cards were actually from the ~18¢ bins from the vintage guy.. these are the few non-vintage cards I got from him. I was sorta kicking myself for having just bought the Ripken cd-rom card when I ended up with the Clemens for much less, and it was really just a "type" purchase, not PC. Oh well, now I have 2 of these things. Vince Faison was another in a long line of Padres #1 pick busts. He's long since done and never made the majors. But hey, for that cheap, I'll pick up a card featuring his tiny autograph. Seriously, that's gotta be the smallest signature in my collection! It's not even a stickergraph! 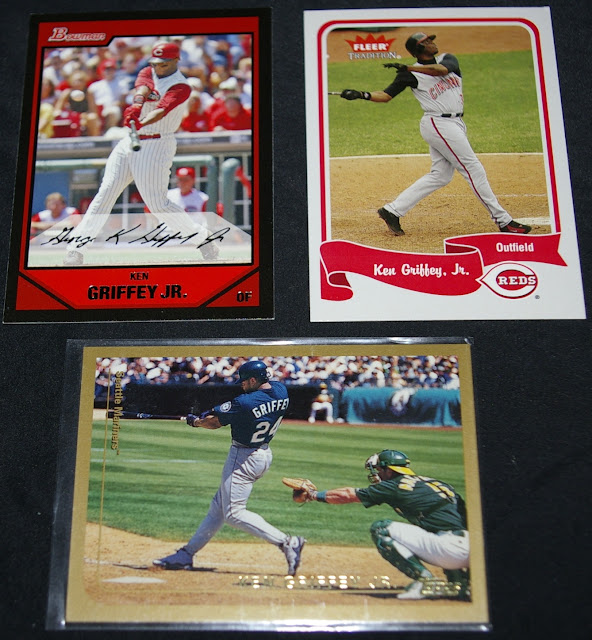 Finally, here are 3 Griffeys. Nothing spectacular, but just some cards I don't think I previously had in the PC.

Thanks for swinging by.
Posted by defgav at 4:00 PM