a couple blasters that have since been busted

Picked up a discounted 2013 Archives blaster at the card show a couple months ago. I had patience opening it, using it for my "Cardless Days" (where I rip just one pack on a day when I otherwise didn't get any new cards).

I got around to finishing it off recently, so allow me to show some highlights. 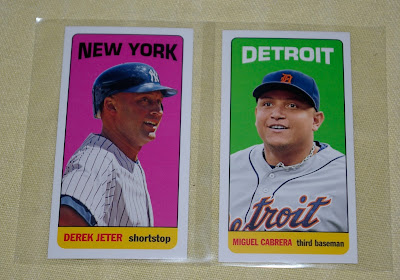 Got a couple tall-boys. These would more accurately be described as "narrow boys" since they're the same height as a regular card. Jeter and Miguel Cabrera are a couple decent names to pull. 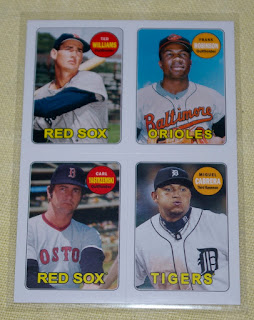 Here's one of those 4-way stickers. Pretty sweet as I collect all four of these guys. Now the dilemma is which PC to put it in. 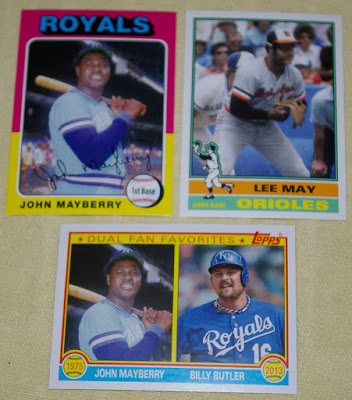 Pulled a couple SPs. John Mayberry hot box! They couldn't dig up second photo of him? It's not like he's in a ton of sets these days. Should be easy to find an unused picture. 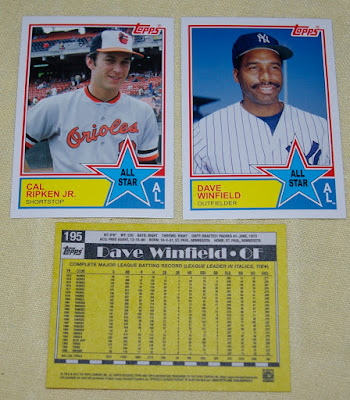 A couple All-Star inserts. Dave Winfield hot box! I had to show the back of his base card to reminisce about the days when Archives squeezed in tiny complete career stats on the back.. glorious! For the past couple years, they just list the first dozen or so years of the player's career and ignore the rest.. blasphemy! 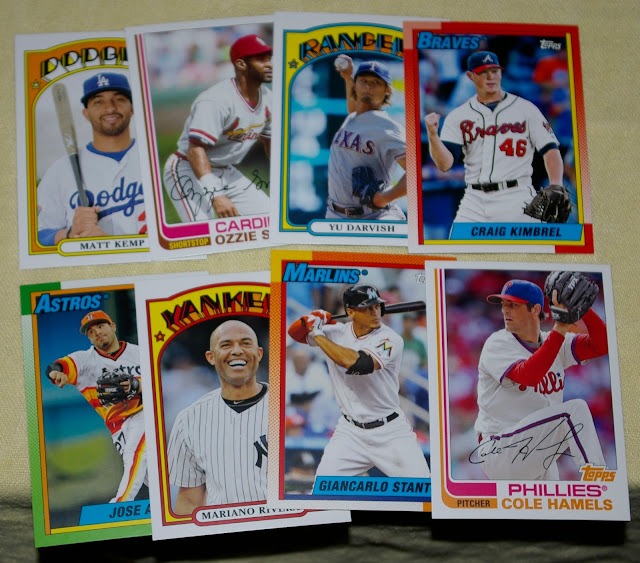 And here are a few more keepers. No hits, but still a fun break for how cheap it was.


The other blaster I'm featuring in this post was a thrown-in freebie with my Dave & Buster's Card World (or whatever their real name is, lol) order a few months ago when I bought a couple 2015 Archives hobby boxes and a 2014 Prizm Draft box. The most intriguing to me of the limited pool of freebies to choose from was a 2012 Panini Cooperstown blaster.

I had planned on this blaster also being for cardless days and sat on it for a good while, but one weekend I went on a bit of a late-night card ripping bender and tore through the entire thing in one sitting. Not proud of it.

Not that I was expecting much from a free box of cards, but I was disappointed in pulling no hits or even any parallels for the second straight blaster. Only base cards and a few ho-hum inserts-- What is this, 1990?!

But at least I ended up with PC needs for a few old-timers I collect. 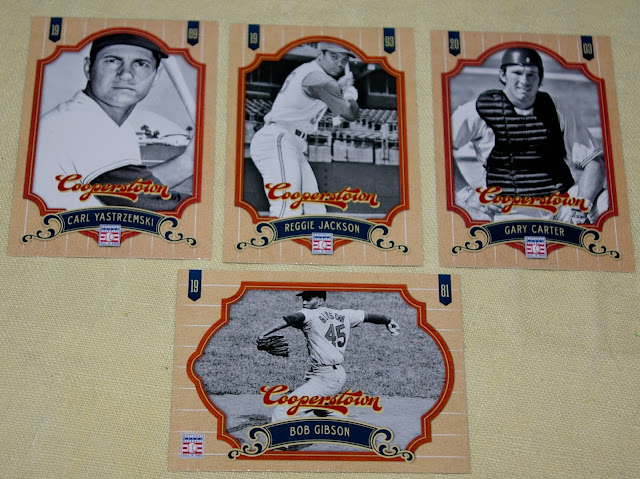 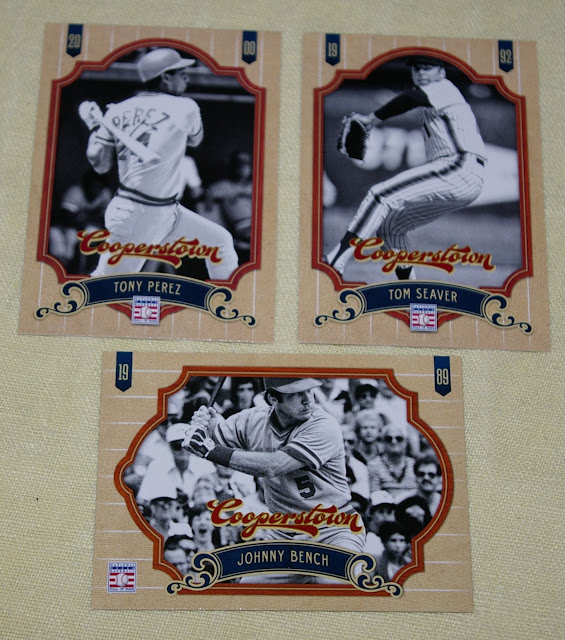 A handful of PC additions. Nothing too exciting, but not too bad for a freebie. 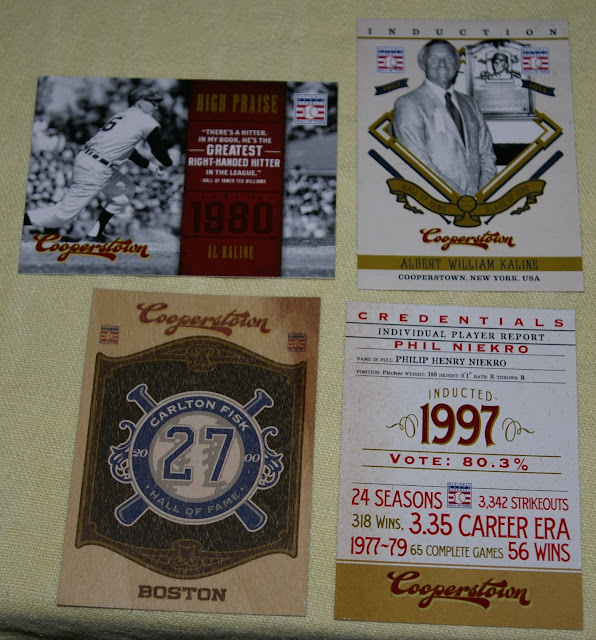 Here are the inserts. Al Kaline hot box! The Fisk was probably the coolest card of the 8 packs, with a faux wooden feel to the front of the card. It kind of makes for a boring card when there's no picture of the guy anywhere. That Phil Niekro card especially.. yuck. That should be the back of a card, not the front.

That's it for today. Have a great weekend.
Posted by defgav at 3:33 PM