Sentimental Sundays: A Gwynn I wish I could get back

This first picture is actually from an old photo I dug up. I don't own these anymore.. 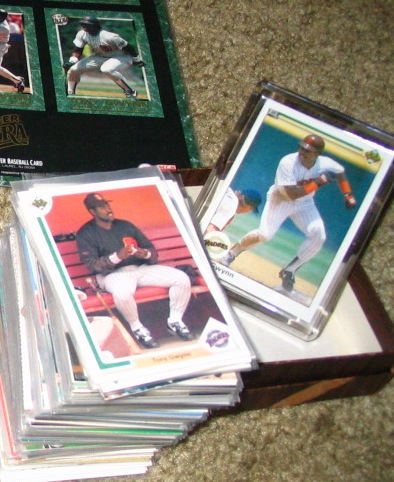 A few weeks back there was a blog bat-around about cards you don't have anymore that you regret parting ways with, and I couldn't think of anything other than the in-person Dick Allen signed baseball that I gave up (which I believe I got signed at the 1992 All-Star Fanfest). But one card I'm now remembering that I would love to have again is that "altered" 1990 Upper Deck Tony Gwynn.. Not sure if you can tell from the photo, but it's encased in a solid inch thick slab of lucite. More of a paperweight than a card. My friend Doug got it as a kid somewhere (the card shop in the mall? Probably got it from his dad as a birthday present or something) and I ended up with it, but then I got rid of it years later when I moved out of state. Sure, it's ridiculous, but for sentimental reasons, I would love to find another one of these someday. Trying to search eBay for "tony gwynn lucite" gives zero results, so apparently this wasn't a super common item. It was that "anything goes" time for baseball cards in the early 90s and I guess somebody figured it'd be a good way to sell a 25¢ card for $20. Anybody out there have any crazy permanently-encased cards like this?

Switching gears to crap from my childhood I have hung onto... 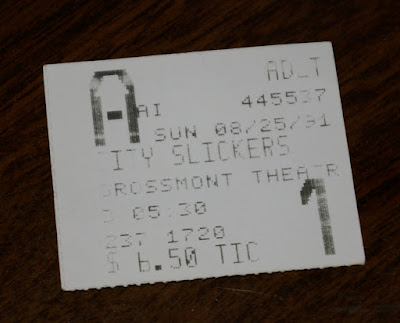 Thanks to this stub, I can tell you exactly where I was at 5:30 pm on August 25, 1991: Sitting through a few previews while waiting for City Slickers to start. I actually just re-watched that movie sometime within the past year.. I think it was on Netflix streaming, but was scheduled to go away soon, so we watched it one weekend a while ago. Still holds up, I suppose. The film originally opened June 7, 1991, so it took me nearly 3 months till I saw it. I've never been a big big-screen guy. I can't remember ever seeing a movie on opening night. I'd usually wait a few weeks till the crowds died down. And these days I just wait and rent it on Netflix. I tentatively plan to go see the new Star Wars when it comes out this December (not opening night, no way), but yeah, it's rare that I go to the theatre.

Next is a postcard from my Aunt Mary: 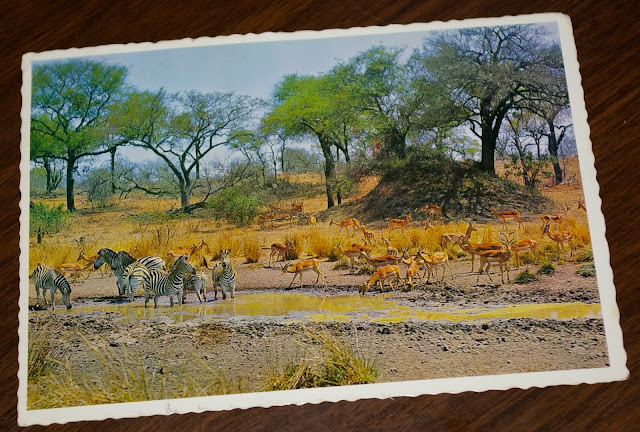 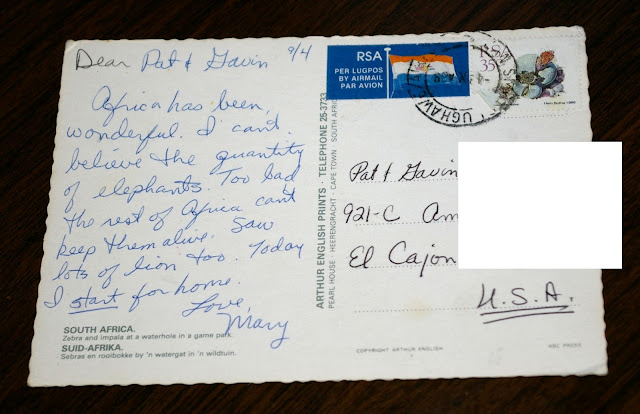 Ah, the days before email and Facebook when postcards were a thing. She only dated it 9/4, but I think the postmark seems to read 1989. Dig that deckle edge, fellas! 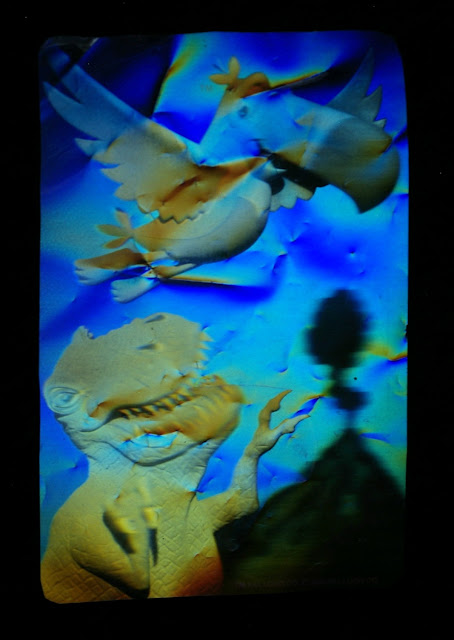 Finally for today, here's a hologram of Toucan Sam flying over a T-rex while a volcano erupts in the background. It's a bit smaller than a postcard, but bigger than a baseball card. I'm guessing I got it off a cereal box (Fruit Loops, to be specific), as the back is blank with a ripped-from-paper look to it. Plus you can see it got wrinkled a bit. Still, though, holograms are always fascinating when you give them a close look and see the textures and everything.

Catch ya next time, homies!
Posted by defgav at 2:19 PM