A Taste of Burbank

When I think of the Burbank area of Los Angeles, I think of where the Tonight Show was filmed during the Carson/Leno eras. A buddy and I stayed the night in a hotel there once years back after driving up to LA from San Diego to catch a concert. Seemed like a decent city.

They've also got one of the world's biggest card shops in Burbank Sportcards. I recently placed a big order with them (100+ cards); let's check out some highlights. 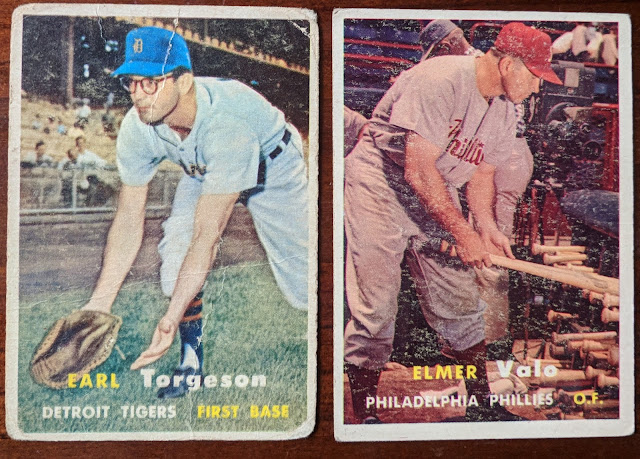 Creeping along with my '57 Topps build. These 2 cards take me to the brink of one-fifth complete (19.9%). I'm not a stickler for condition with this set when the price is right. That bat-rack shot of Elmer Valo is a classic! Semi-candid photos like that are a nice break from all the posed shots of the time. 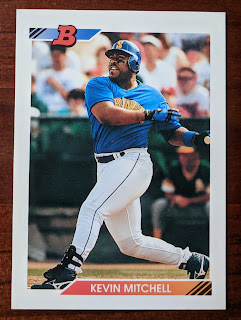 The other day I was showing off some Kevin Mitchell cards and noted that I only needed the Mariners to have a card from each team he played for, and this '92 Bowman fit the bill, completing that little project of mine. 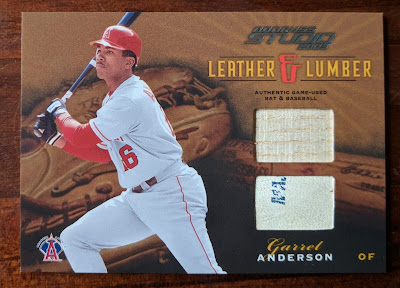 I stumbled upon this relic of Garret Anderson numbered 8/25 (full disclosure, I was looking at #/25 cards trying to find any cheap Christmas Cards). Not a yuletide card nor a guy I collect, but it was only 50 cents, and hey, it's got a game-used piece of a baseball! Pretty sure I needed that for my "ridic relics" minicollection where I try to get memorabilia cards with all the different various "stuff" I can find. Looks like the text on the ball includes "Maj" from "Major League." 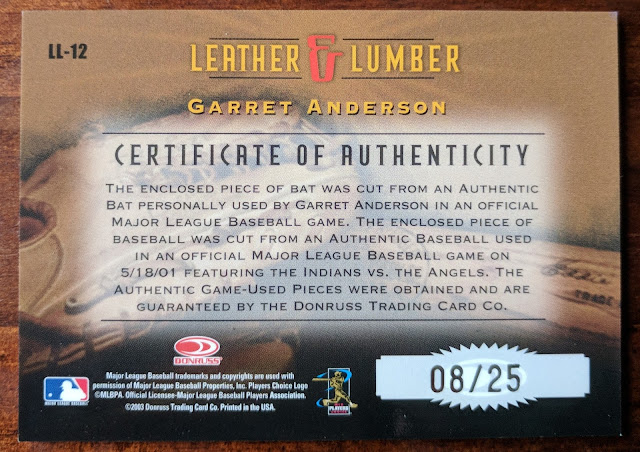 Always a refreshing change of pace when a relic cards provides you with specifics regarding the featured memorabilia.

Picked up some needs for a couple of my biggest PCs of old timers, Nate Colbert and Dick Allen. Pretty sure that's my first 1990 Target Dodgers card, though I'm very familiar with the set thanks to gcrl going through it back on his old blog. Too bad that they couldn't find Dick in a Dodger uniform and had to go with a White Sox photo. 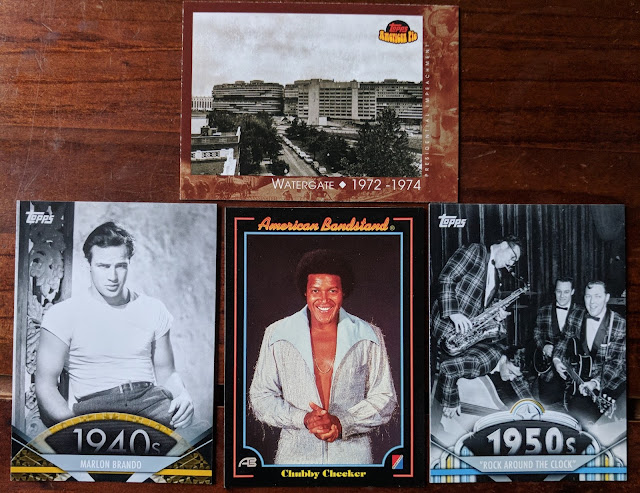 Hit a few needs for the We Didn't Start The Fire binder. 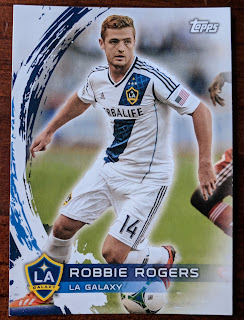 A new name to add to my Pride PC. (On May 26, 2013, Robbie Rogers became the first openly gay man to compete in a top North American professional sports league when he played his first match for the Galaxy.)

Let's close for today with this trio of 1987 Bohemian Hearth Bread Padres. Last time I talked about this oddball set I'm working on, gcrl suggested I give Beckett Marketplace a try. Sure enough, there were several listed there, and lead to this big order with Burbank Sportcards thru the Marketplace. It was only my second purchase on the site ever, and my first since 2014. I guess I usually stick to eBay, COMC, and occasionally Sportlots or Just Commons, though I should remember to keep an eye on Beckett's site too when looking for cards. (I have bought from Burbank on eBay before, but looks like they've got a wider selection in their Beckett store.)

Thanks for swinging by!
Posted by defgav at 3:23 PM