I'm a bit overdue for this, but let's take a look at how pro ballplayers who went to my high school did in 2017. 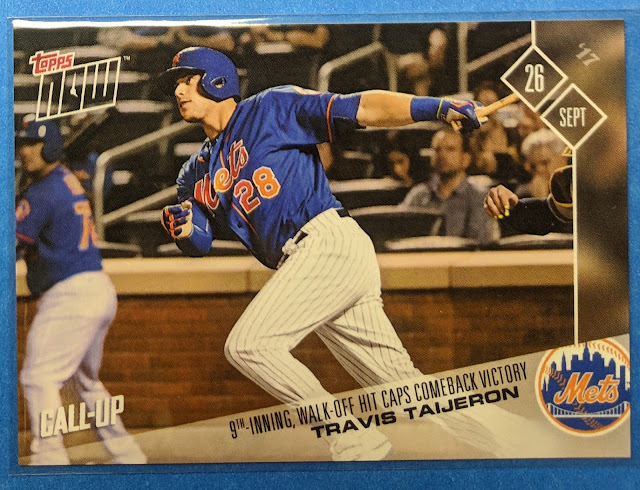 Taijeron (pronounced Tyrone) was the big news here, as he became the first Granite Hills High School grad since Brian Giles to play Major League Baseball when the Mets called him up in late August. While his overall performance could have been better (.173 in 59 plate appearances), he had a couple nice highlights including his first home run, and a game-winning base-knock that to my delight earned him a Topps Now card, his first mainstream card since 2012. Taijeron's Topps Now card had a print run of 348, one of which was yoinked by me off eBay. 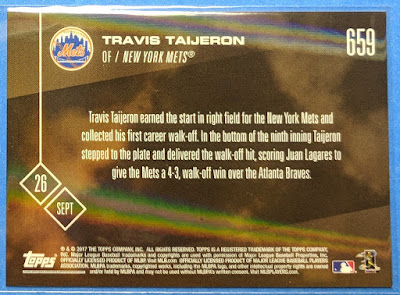 As a collector, I'm very curious to see if he gets included in 2018 checklists. Would love to see some "RC" rookie cards of his to add to my collection. After the season, he signed with the Dodgers as a free agent, hoping to earn a bench spot. So if he does get a card in any early 2018 products, he'll likely be 'shopped into a Dodgers uniform. 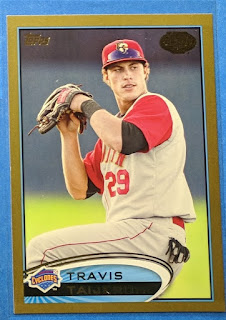 Congrats again, Travis, and best of luck to you in LA! 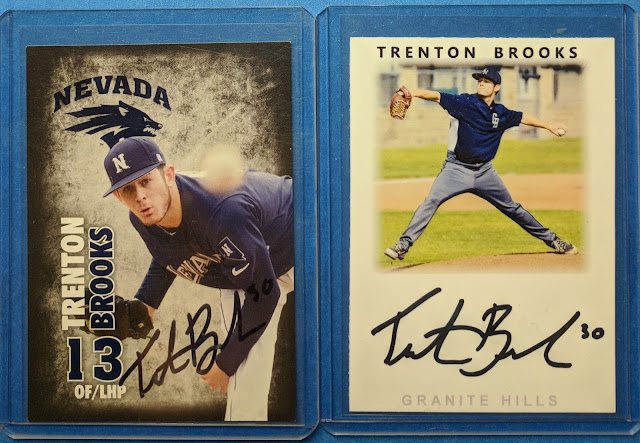 Brooks, an outfielder since going pro, played for a couple of A ball teams in the Indians organization in 2017, batting a combined .202 with 1 tater. Also worth noting is that he pitched one scoreless inning and picked up a save in a lone pitching appearance. I wonder if they'll look at him more on the mound in 2018, or if that game was a one-time thing. 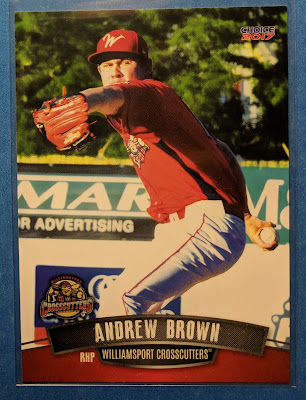 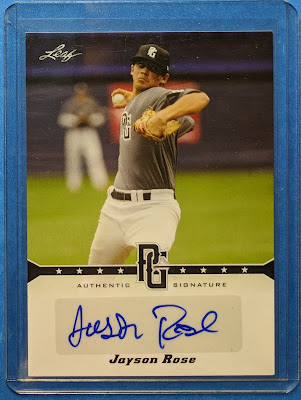 Drafted by the Brewers in the 8th round of the 2017 draft, Jayson pitched in 10 rookie league games (6 starts), with 37 strikeouts and 9 walks in 31.2 innings. But he did give up 34 hits and 21 earned runs. I'm looking forward to seeing how he does in 2018. Would love to see him get new cards on the market soon, since looks like all he's got now are from 2013 Leaf Perfect Game back in his high school days.


No-longer-active Guys From Granite
Now for the melancholy farewells to those guys who played in the minors recently, but weren't able to make it into that very small sliver of the population that cracks the big leagues. I tip my cap and wish them best of luck in whatever new direction life takes them. 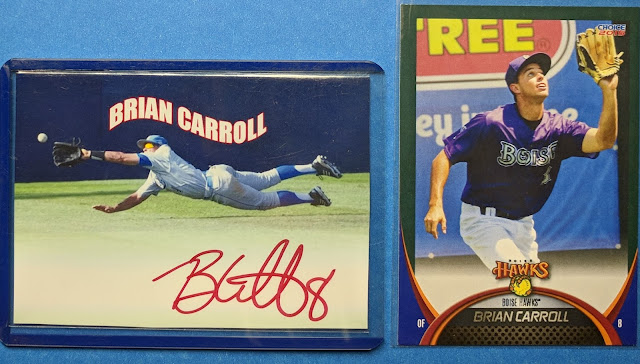 Brian Carroll played one season of pro ball (2015), and although he hit .306, he battled injuries, specifically a problem knee, and was cut loose by the Rockies in early 2016. Doesn't look like he got picked up by any team in 2017, ending his pro career. Sorry to see he didn't make it, but I'm glad I was able to get his autograph when I did. That was a fun day at the ballpark. 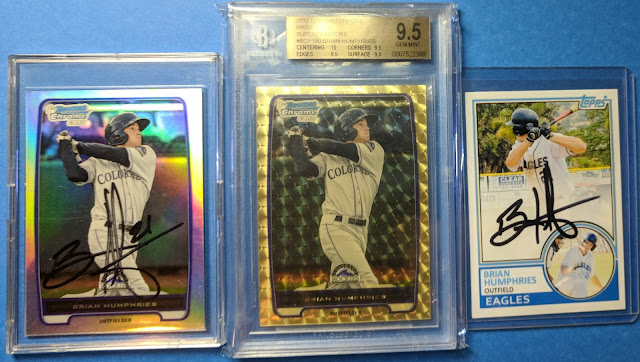 Humphries made it up to AA with the Rockies in 2014 before being released in 2015 spring training. He then had a couple impressive seasons with independent teams, but despite that, couldn't latch on with another affiliated team. He didn't play in 2017, so I gotta assume he hung them up. I really appreciate how he was generous with my TTM requests. Great guy. 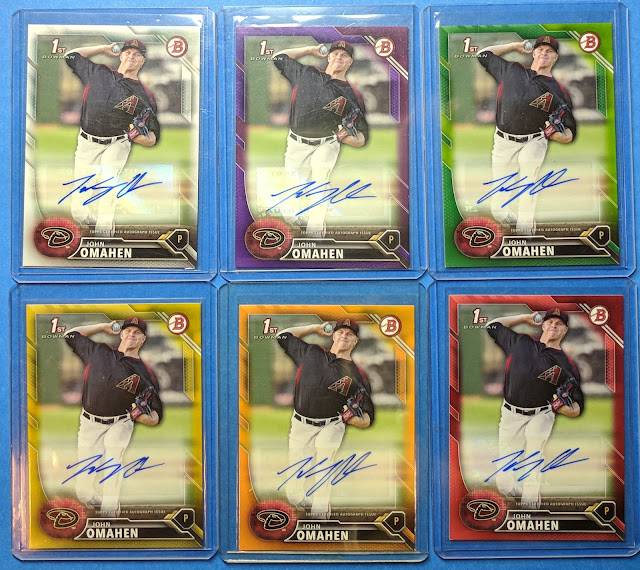 John made it up to AAA in 2016, but was released by the Diamondbacks at the end of spring training in 2017. Doesn't look like he caught on with another club. Bummer. 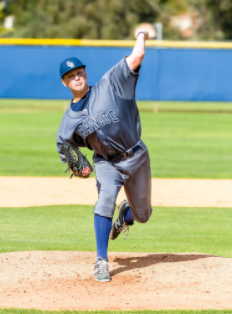 On December 11th, Granite Hills student Will Burton was killed in a car accident. He was an incredible athlete who excelled on the school football and baseball teams. By all accounts, he was a terrific kid, full of positivity. Such a tragic loss. 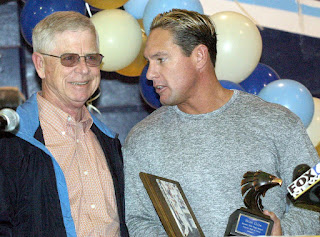 December 2017 was quite a sad time for the Granite Hills Baseball community. Former coach Gordy Thompson died on December 31 at the age of 76. He managed the school team for many years, including helping shape brothers Brian and Marcus Giles into the major league all-stars they became. He led the Eagles to 8 Grossmont Conference titles, and CIF titles in '77, '94, '98. There's a nice article at the San Diego Union-Tribune.

Rest in peace, Will and Gordy.
Posted by defgav at 3:25 PM