Got a couple nice trade packages in last week. Reader Larry P. followed up the big lot I got from ARPSmith with another nice lot of 1980 Topps. Included were 100+ needs, upgrades, and wanted dupes for PCs. I'm now at 94% complete with the set! 43 cards to go. 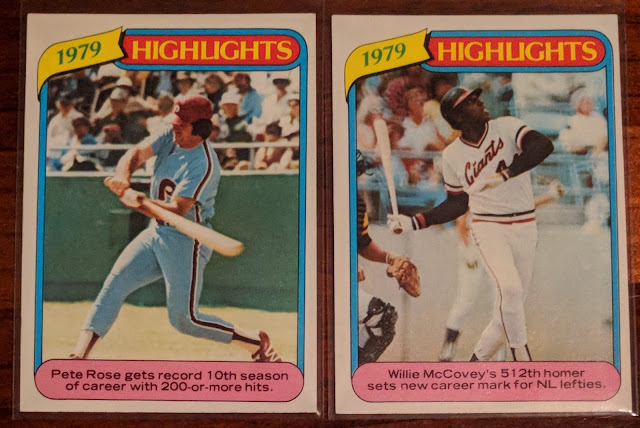 The "Highlights" and "League Leaders" subsets have both been completed now. Nice to be rounding the corner with this set already thanks to generous traders.

I appreciate it, Larry! I've got your return package ready to be dropped in the mail asap.

The other trade package I received was from Tom from the Angels In Order blog. He expressed interest in the Jim Piersall auto I had available, and I used the opportunity to thin out my tradeable Angels on him while I was at it, filling up a small flat-rate box. 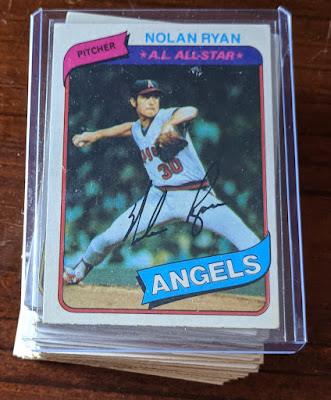 Tom sent me a sizeable stack of 1980 Topps. Unfortunately, most of these were trumped by better condition copies from Adam or Larry, but there were still a handful of cards in there I could use. While I had gotten a Nolan Ryan in Adam's lot, I'm happy for the dupe from Tom since I've got a PC of the guy, so no harm there. 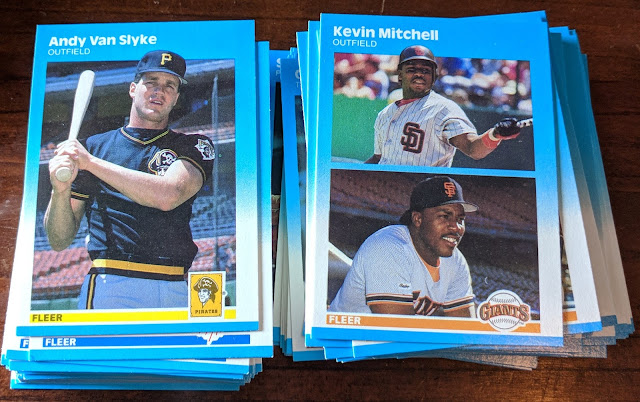 There were also about 100 cards from the 1987 Fleer Update set. I'll have to whip up a wantlist soon and see if I can track down the missing cards eventually. (Anybody have any '87 Fleer Update to trade? Let me know!) 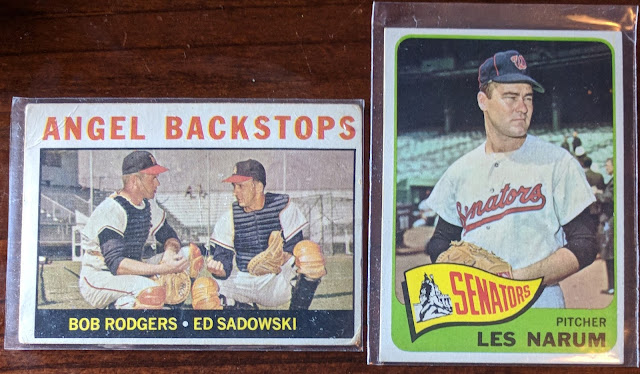 Vintage! A need for my '64 Topps setbuild and the first upgrade of '65 Topps I've received since recently completing the set.. much appreciated! Felt good to replace the old copy of Les Narum in my set that had tape stains on the corners. 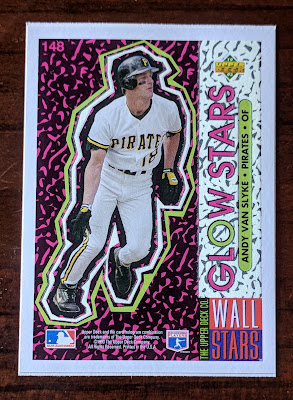 And I was happy to see this '93 UD Fun Pack Glow Star among the cards, with Andy Van Slyke making his second appearance of the post. I'm now down to only needing 4 more cards to knock off this one-per-team subset: 80 Ryne Sandberg, 130 Cal Ripken Jr., 142 Darren Daulton, 191 Kirby Puckett

Thanks for the trade, Tom!

Oh wait, I also got a great trade package from gcrl the other day, but I don't think I'll be able to fit it in this post, so it'll have to wait another day.
Thanks for reading.
Posted by defgav at 4:22 PM