Turning over some new Leafs

While not as prominent as Topps or even Panini, there are still new Leaf baseball cards out there. They're often a cheaper option for picking up autos of hot prospects. Here are a few that I snagged recently. 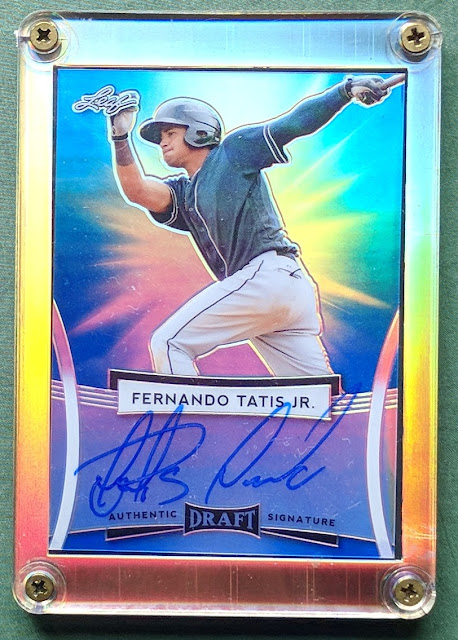 Super excited to pick up an autograph of the Padres top prospect Fernando Tatis, Jr for about the price of a blaster a couple weeks back. ESPN scouting guru Keith Law just ranked Tatis as the No. 3 prospect in all of baseball, comparing him to a young Manny Machado. Tatis just turned 19 this month, so he isn't expected to crack the bigs for at least another year or two, but he's been wowing them in the minors and Dominican Winter League. Really hoping he pans out. I even had to give the honor of putting the card in a refractor screwdown case to maximize shininess and currently have it out on display. When the light hits it, it's really a gorgeous sight. 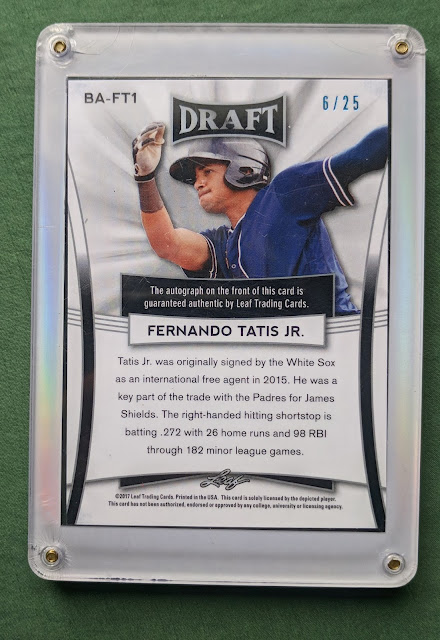 It's a blue parallel numbered 6/25. From the brief write-up, you can see Leaf isn't scared of using team names, something Panini shies away from. 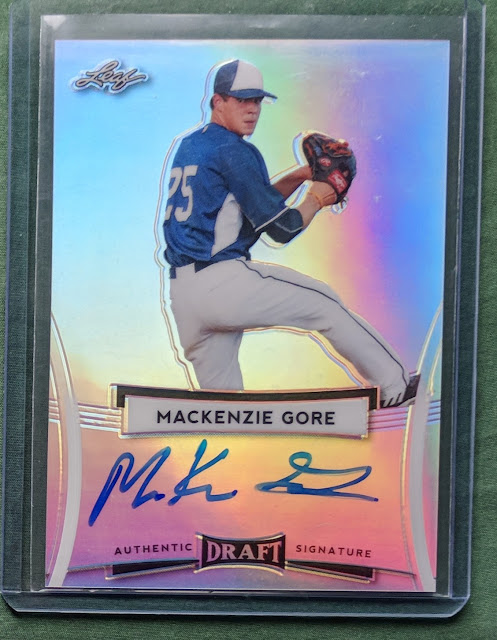 And here's the Padres' top pitching prospect, Mackenzie Gore. This is the card I alluded to when I showed off the Bowman Gore auto Sport Card Collectors traded me recently. San Diego could really use another dependable arm in the rotation, so hopefully he's ready to go in a couple years when all the rebuilding should start paying off. 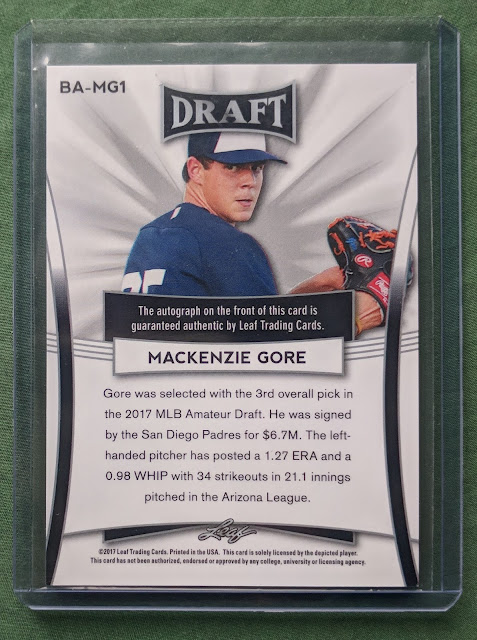 This one's not numbered, but still a nice, shiny, on-card auto. 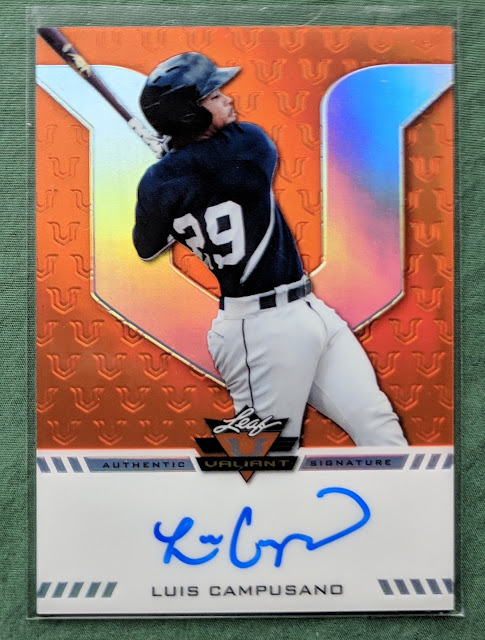 Luis Campusano is a 19-year-old catching prospect for the Padres. He's not as highly touted as those other two guys, but I won this Leaf Valiant card for a few bucks the other day. 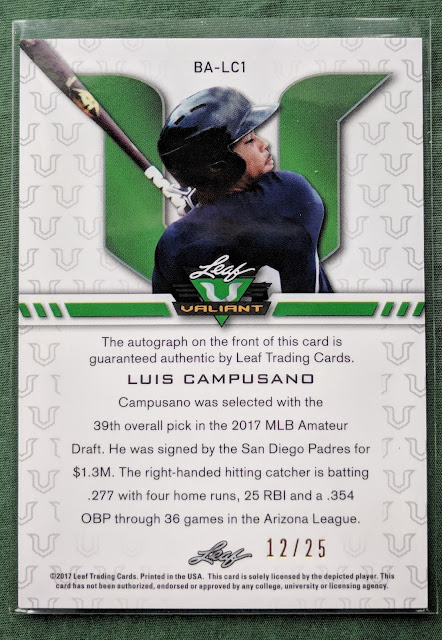 What really made me go after this particular card is it's a Christmas Card.. woo! 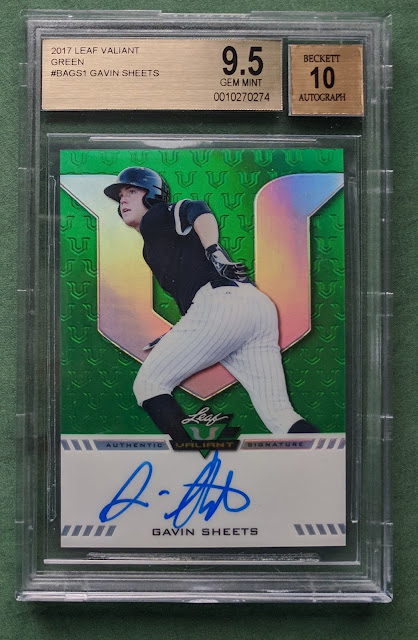 And a non-Padre pickup: another Gavin Sheets auto for that new PC. His Bowman autos are still running a bit pricier than I'd like to pay, but you can find Leaf autos for much less. 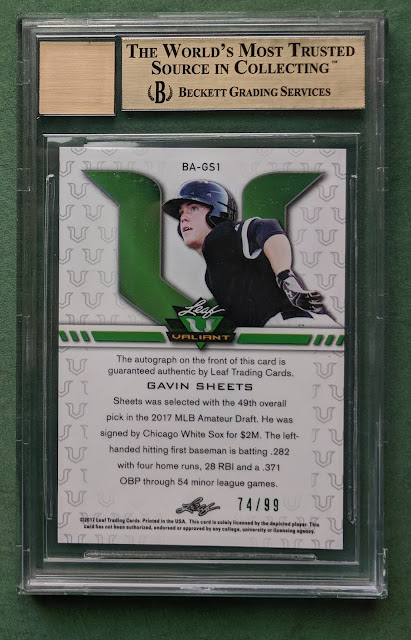 In the spirit of this post's title, I'm also showing the back. Green parallel numbered to 99. Apparently this product came with an already-graded card in each box or something, and this is one of those. I don't care too much about grading, but again, the price was right.

Have a great weekend.
Posted by defgav at 4:27 PM