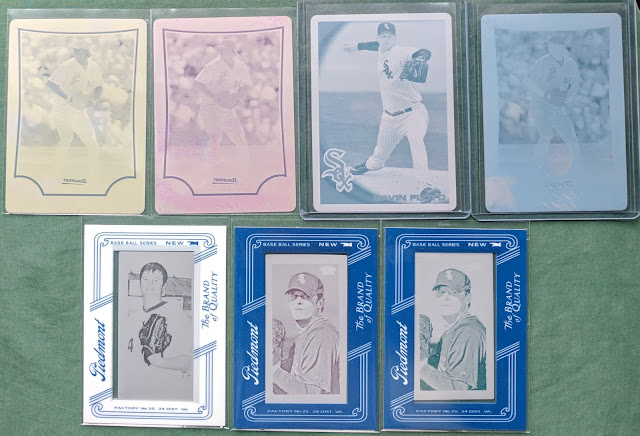 Today is Gavin Floyd's 35th birthday. Happy Birthday, Gavin! I've got a pretty legit PC of the guy. Pretty sure 7 printing plates is the most I have for any one player (probably only rivaled by Gavin LaValley's 4 or 5). Got a bunch of autos, too.

I thought I'd use the special day of arguably the sports world's most successful Gavin as reason to post some other new Gavin cards I picked up recently, mostly from my recent Burbank Sportscards order. 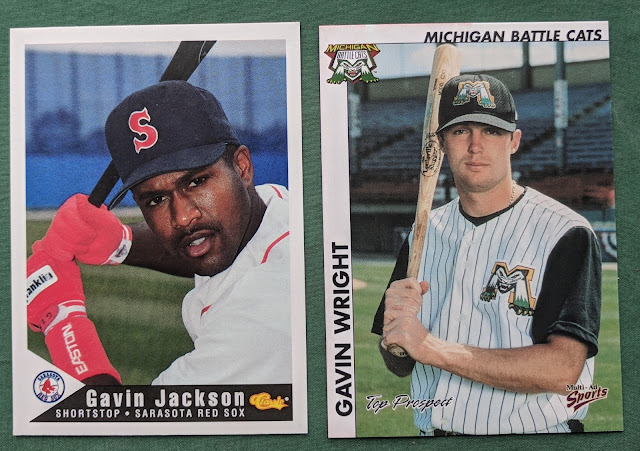 Here are a couple new names to the Greatest Gavins minicollection.
Gavin Jackson was a light-hitting middle infielder who made it all the way up to AAA-Pawtucket in the late 90s, but never made the Show.
Gavin Wright was a speedy outfielder who topped out at AA in the Astros chain in the early 00s. 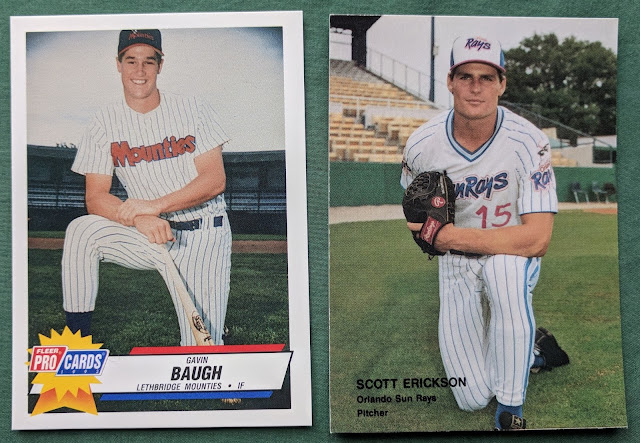 Here are a couple familiar names from the overproduction era.
Gavin Baugh was on a 2-player rookie card in 1993 Topps, though he never made it out of A-ball. This is my first card of him besides '93 Topps and its variations.
Scott Erickson is an honorary Gavin (his middle name), and I don't really collect the guy, but this neat minor league card popped up in a search and it was cheap, so I went ahead and added it to my order. 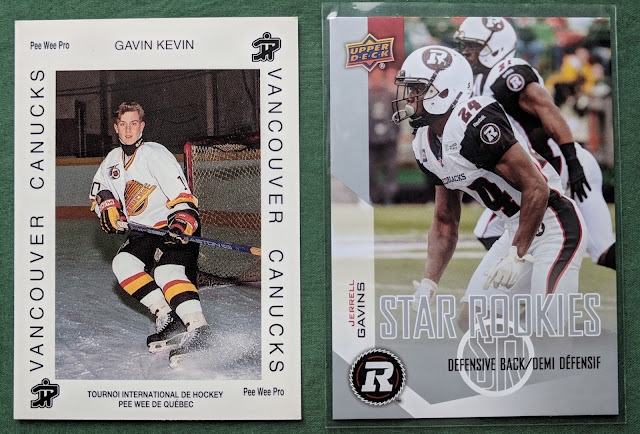 Can't believe I paid a little over a buck for it, but a 1992 Quebec Pee-Wee Tournament hockey card was quirky enough for me to pull the trigger on this Gavin Kevin card. I don't think he ever went pro or anything, so this could very well be a 1-card completed master player collection.
Jerrell Gavins might be pushing the boundaries of my collection (last-name-Gavin guys are skirting the line as it is, but a plural last name Gavin?!), but I went ahead and got this in my latest COMC order. He's currently a defensive back for the Ottawa Redblacks in the CFL.

More last name Gavins, with Dave and Tom.
I already had a different Dave Gavin card, so this brings the PC to 3; pretty good for a guy with just a brief minor league career in the late 80s.
Tom Gavin had an even shorter career. After a nice debut in 1990 with rookie league Elizabethton, he was done after a weak 1991 with A-Visalia. 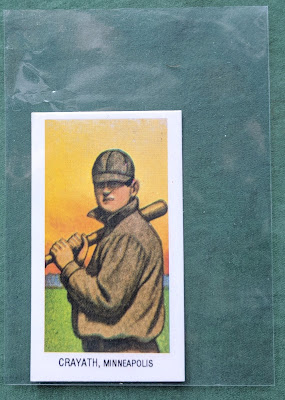 I also picked up a 1983 Galasso T-206 Reprint of Gavvy Cravath. Funny the reprint has a typo (Crayath). I think this is the first reprint of a supervintage card I've added to my collection of which I already owned the original... 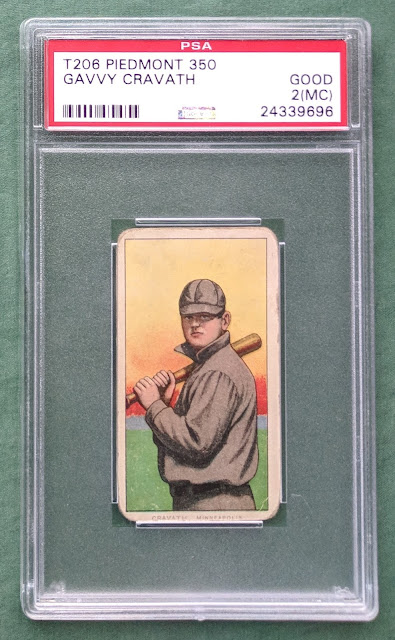 ...which is a good excuse to show off this rounded-corners beauty again.

Oh, and 2018 is looking like a big year for my Gavin LaValley supercollection... 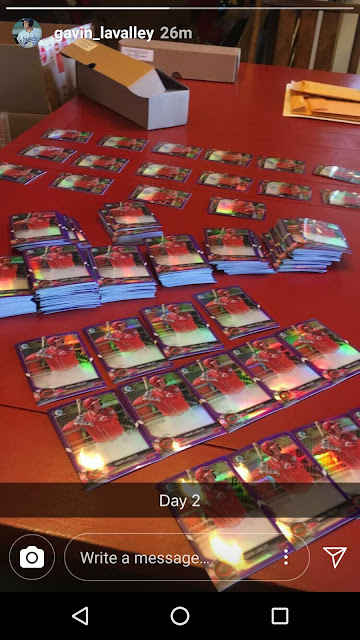 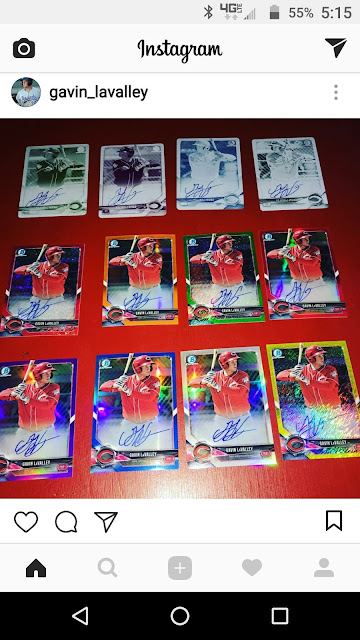 Yep, according to Gavin LaValley's Instagram, he's gonna have autos in 2018 Bowman (Thanks for the heads-up, Zippy). I'm still undecided if I'll take the expensive plunge of trying in earnest to rainbow these, or play it fiscally responsible and just try to land a few deals here and there. Probably the latter. Though I'll keep an eye on the low-numbered parallels, and if they're not too pricey, who knows. Really depends on what the market is on these. His only prior Bowman card was back in 2014 Bowman Draft, and he didn't have an auto in that product, so these will be his first licensed autos.

But yeah, nice to see him getting some love in Bowman this year. Also very happy that the autos are on-card, not stickers. It'll be fun adding a few of these to the PC soon. I'm curious if he'll have a base card in the set too. And what about Pro Debut and Heritage Minors? Hmm.
Posted by defgav at 3:11 PM