Here's some more of my recent Burbank Sportcards order. 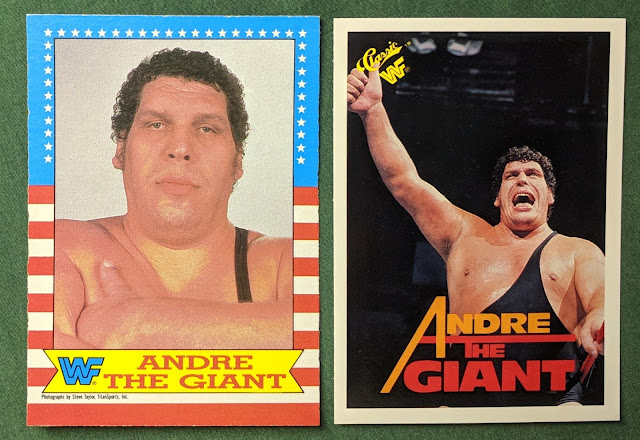 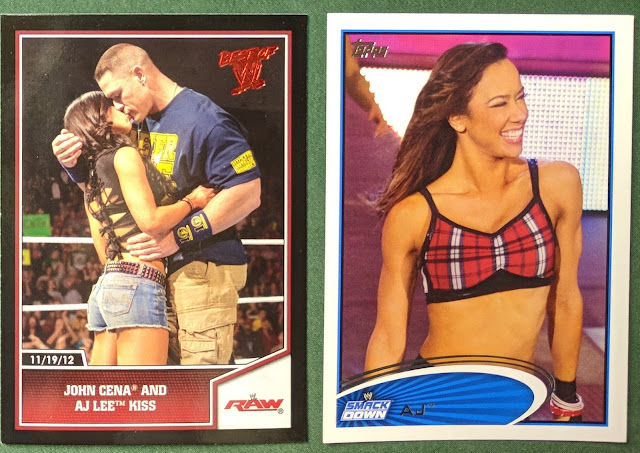 And picked up a couple needs of AJ Lee, my cardboard concubine. That card of her making out with John Cena is pretty hot. 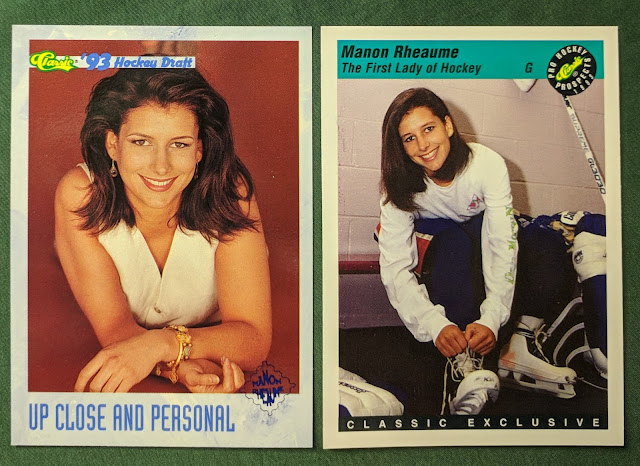 Speaking of lovely ladies who kick ass, here are a couple new Manon Rheaume cards for me. 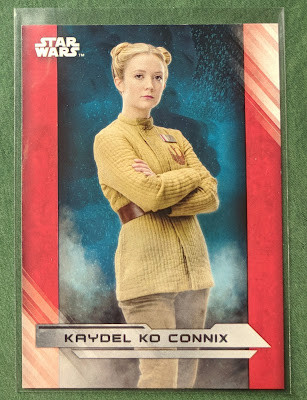 Now we transition into Star Wars territory with a Kaydel Ko Connix card. I found myself being drawn to this off-kilter beauty in The Last Jedi, and figured I'd get her some representation in my collection. I looked at some autos on eBay, but they seemed a bit more than I wanted to pay, so settled on this 50¢ base card. I didn't realize until after I saw the movie, but she's played by Billie Lourd, the daughter of none other than Carrie Fisher. 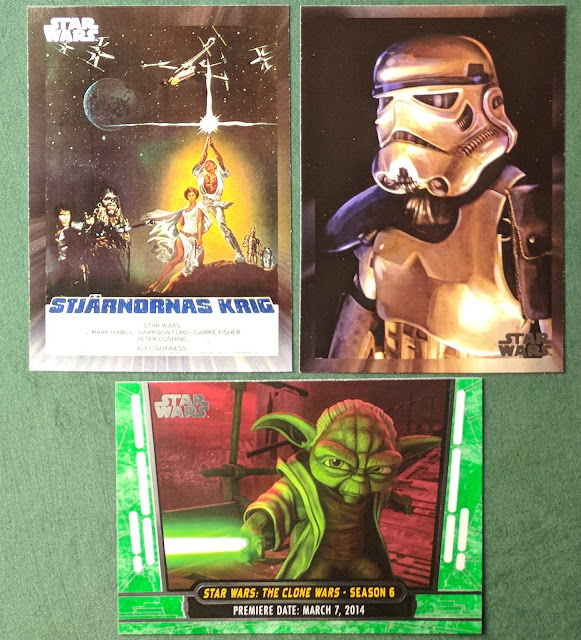 And speaking of Star Wars.. 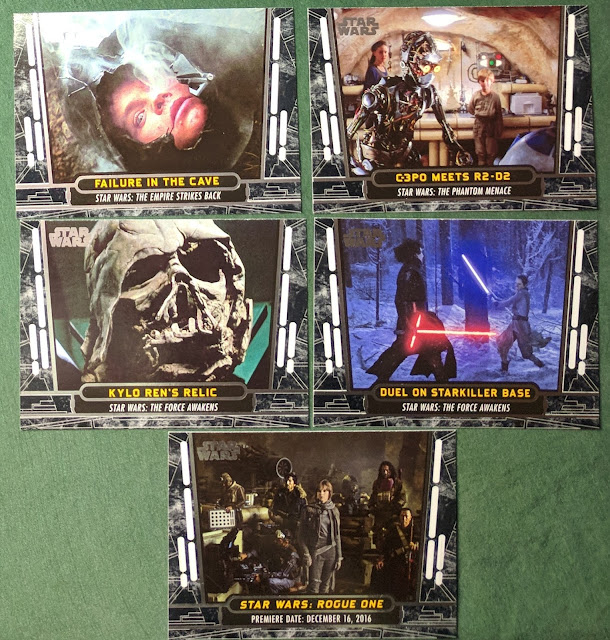 The joy of a completed set! 2017 Topps Star Wars 40th Anniversary is in the books thanks to these last 8 cards I needed. Now that I've wrapped it up, I should take some time to enjoy the cards and read through the backs one of these days.

That's it for today. See you next time.

CORRECTION: In yesterday's post, a Kevin Mitchell card was incorrectly identified as being from '93 Bowman. The correct year was '92. Baseball Card Breakdown regrets the error.
Posted by defgav at 3:26 PM