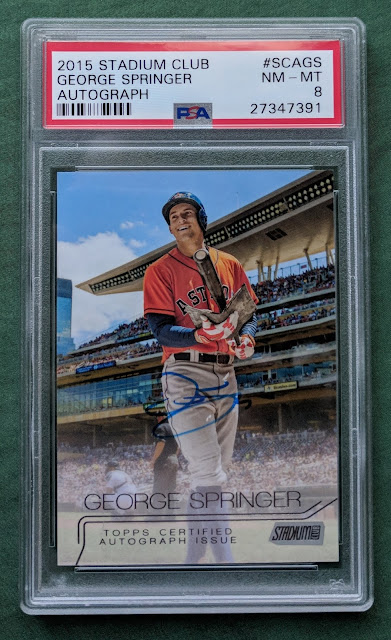 I jumped on the Astros bandwagon a little this past fall, and started up a couple new player collections in the process. First is WS MVP George Springer. I pulled the trigger on this Stadium Club auto during Game 7, in fact. I think "#SCAGS" here is the first graded card I ever bought from COMC. I don't care about the slab; it just happens that this was the cheapest licensed, on-card auto he had available at the time. I think it's a gorgous card. While a PSA 8 means "not very good" when applied to modern cards, I've looked the thing up and down, front and back, and I can't see any issue that would ding it. Must be a tiny indentation or something somewhere. Oh well, it's totally fine with me! 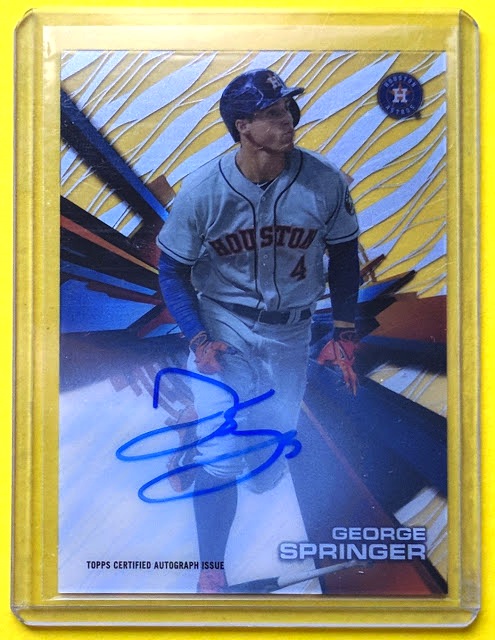 I also won this Tek auto on eBay a little while later. Pretty cool. With these 2 additions, my young Springer PC is looking pretty solid.


The other Astro I decided to start collecting during the 2017 Fall Classic is Joe Musgrove. 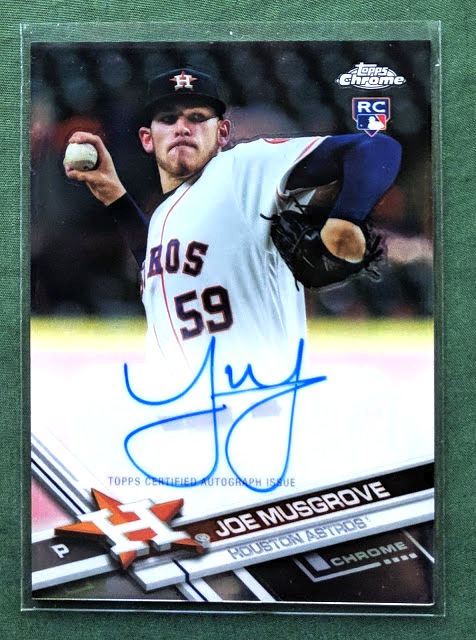 He went to Grossmont High School. I don't always collect "rival" guys from my school district, but do something cool like win the World Series, and hey, I'll overlook silly old school rivalries.

Here are some numbered parallels I've picked up recently. I'd love to add more Musgrove cards, so if you've got any available, I'd likely be interested in trading for them.

[UPDATE: Looks like he was just today traded to the Pirates for Gerrit Cole, funny enough.]

Thanks for stopping by!
Posted by defgav at 5:20 PM