Just me and the dog this weekend, as my wife's out of town for a few days. While I miss her, it's nice to have a weekend to focus on sorting cards. I've got cardboard sprawling out on the coffee table and couch without worrying about bothering anybody.

And it's good timing because I just received a big box of cards from ARPSmith and look forward to digging into it. That'll probably be tomorrow's post.

But for today's post, well I found out this morning that it's Brian Giles' birthday. That seemed like a good enough excuse to finally sort out my PC of him. He's a top dude I collect thanks to having the best MLB career of anybody to come out of my high school. He graduated/was drafted a few years before I started at Granite Hills, though he was around in the offseason. I talked about that more in a big post back in 2015.

First thing I did was sort the cards by team: Indians, Pirates, and Padres. 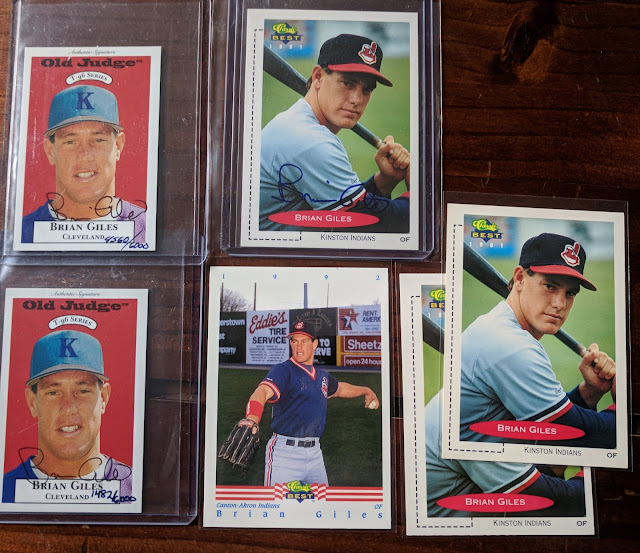 Minor league cards including some autos. 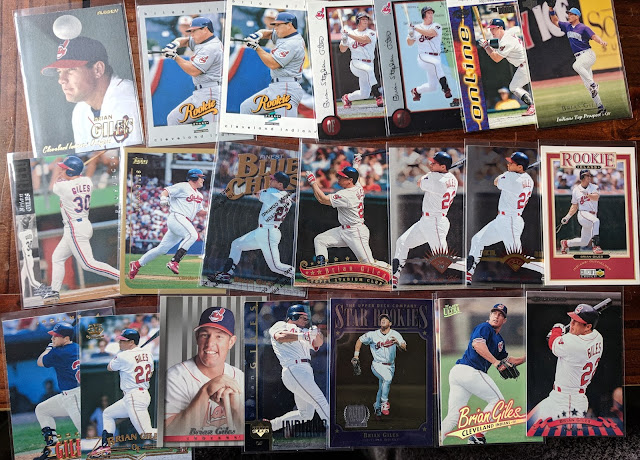 Here's all the Indians cards I've got of him. 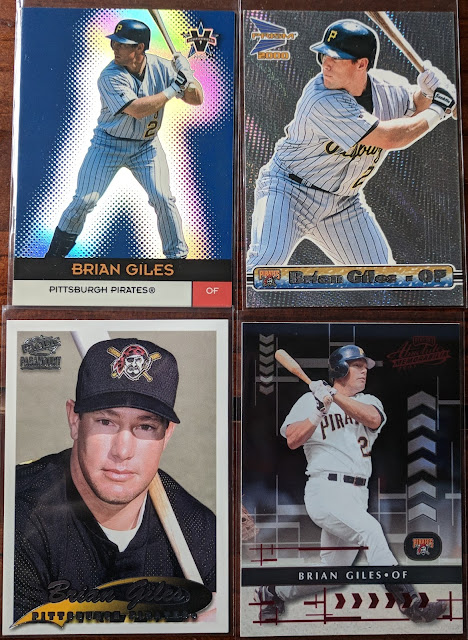 Moving into the Pirates years now with some output from smaller card companies. 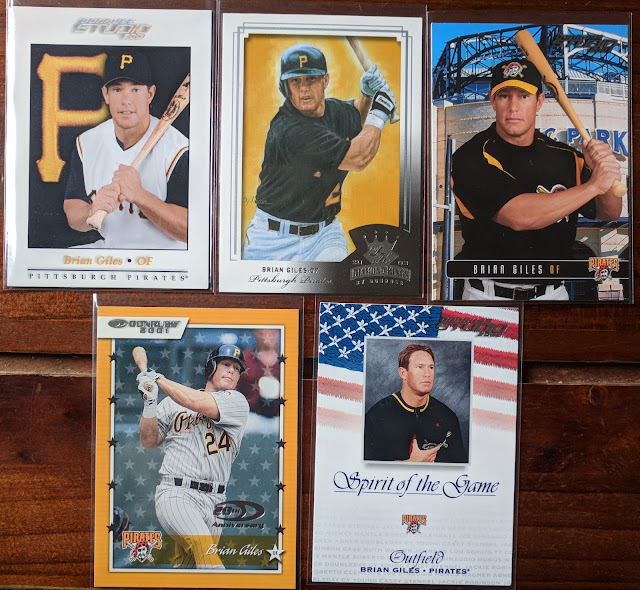 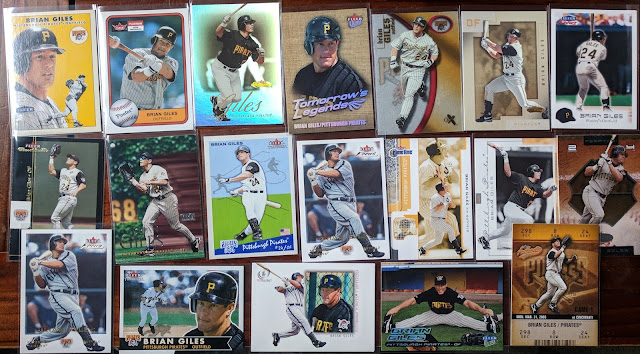 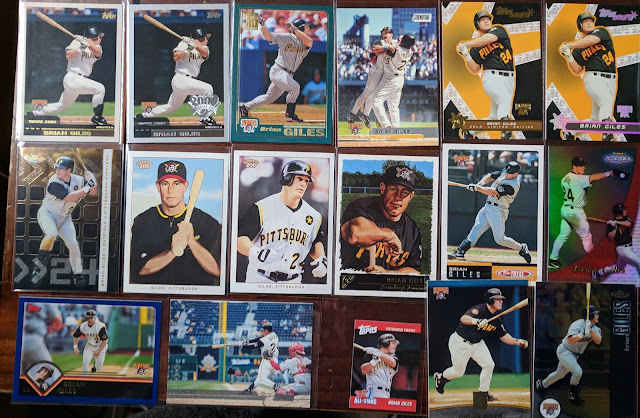 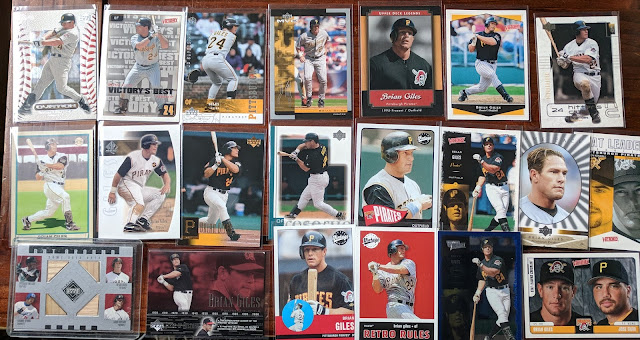 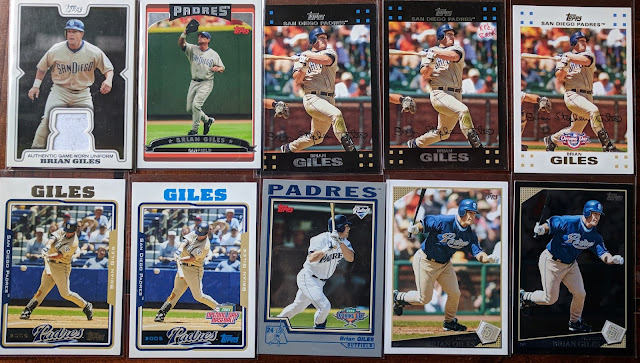 Moving into the Padres years here with Topps pt 1, flagship and thereabouts. 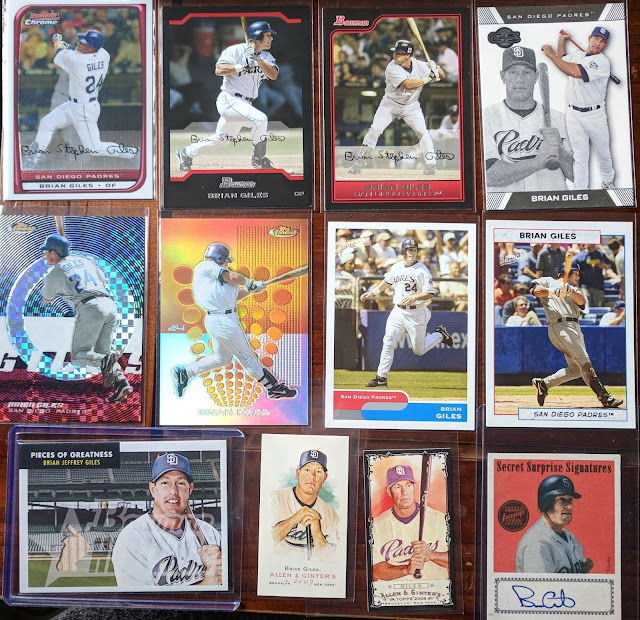 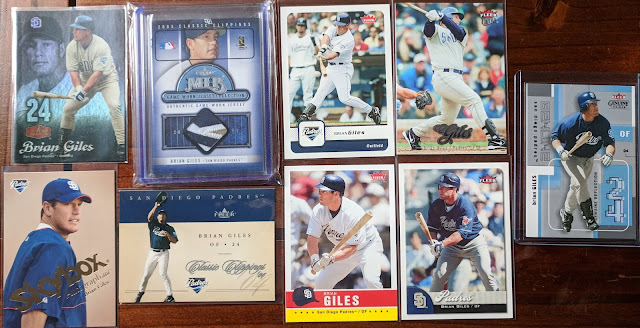 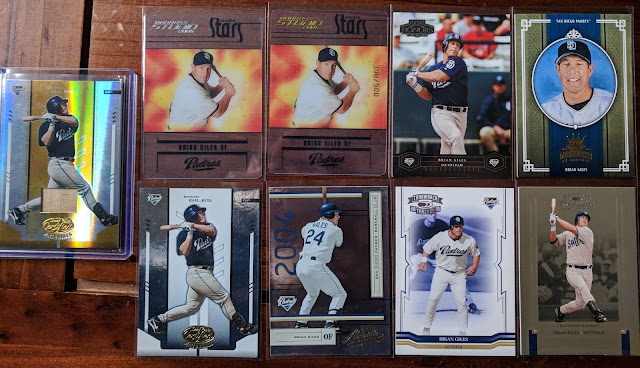 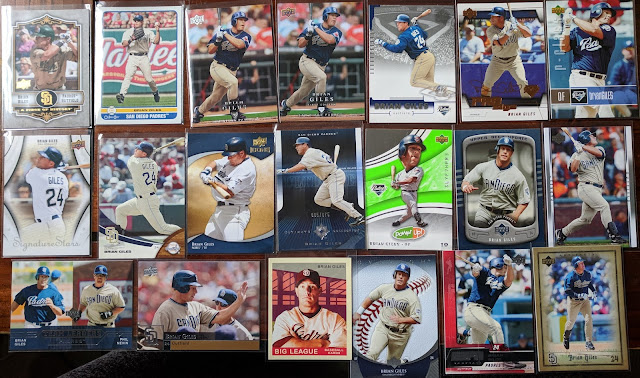 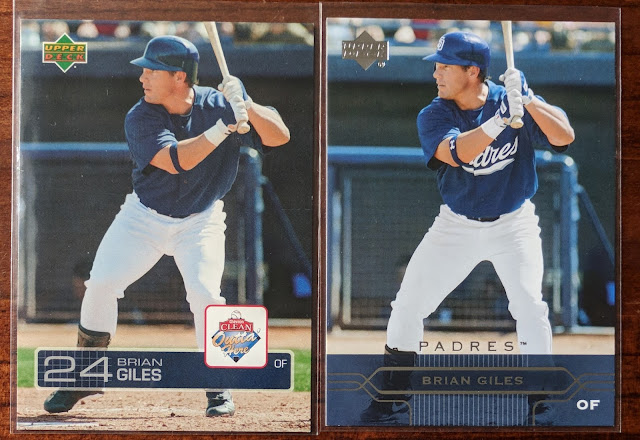 I thought this was kinda interesting.. photos appear to be from the same at-bat, though one has the logos removed.. even on the batting gloves and arm band.

A couple numbered cards and a jersey swatch. 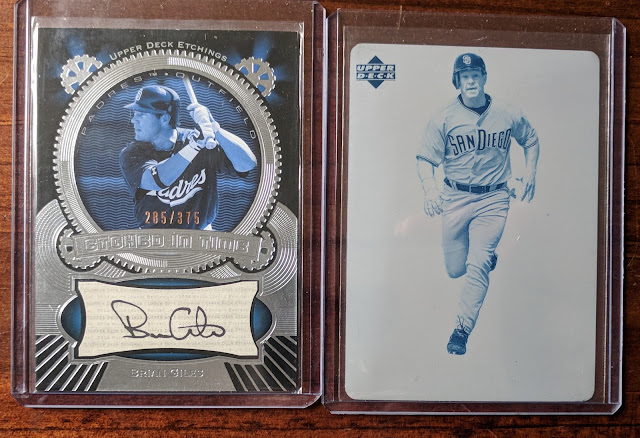 Getting into some good stuff now with a cool looking auto plus a printing plate. 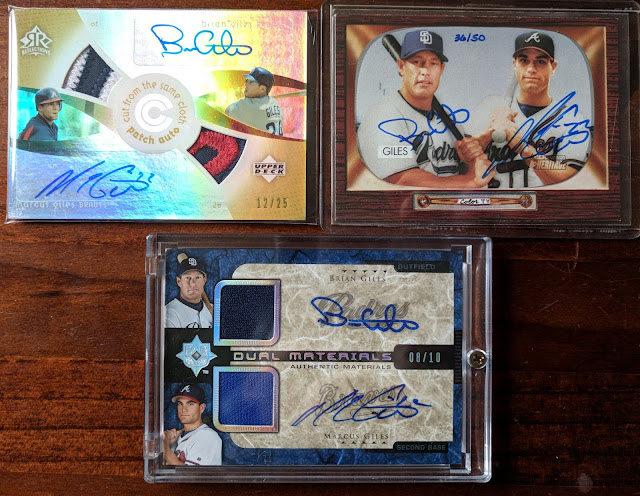 Finally, my favorite Brian Giles cards are probably these three shared with his brother Marcus. Top left features some nice patch bits and is a Christmas Card. The bottom one features lots of blue and at /10 is my lowest-numbered non-plate Giles card. But the Bowman Heritage dual auto might be my favorite since the signatures are on-card.

By my count, I've got 165 Brian Giles cards. Not bad. I pretty much consider the PC "good enough" at this point and don't really go out of my way for more of his cards. I'm not silly enough to think I could ever come close to collecting all his cards, but I think I've got a pretty good sampling of his career with these 165 cards. That said, I wouldn't mind hitting 200 someday, so if you've got Brian Giles cards available that aren't pictured in this post, feel free to throw them in with a trade package for me. Thanks!
Posted by defgav at 2:45 PM