Smoothing over a trade with Sport Card Collectors

I've traded a lot in recent years with my bud who runs the Sport Card Collectors blog, but it's usually swapping blind PWEs... he gets some NY Giants and maybe a couple Yankees or a Griffey.. and I get some Padres and maybe a few PC guys. Once in a while, though, we break out the big guns and negotiate a trade involving better cards.

Sometimes working out a trade like that can be stressful, and under the pressure of year-end work stuff at the time, I overreacted to something and things nearly went off the rails. Thankfully cooler heads prevailed and we were able to keep our trading running smoothly. 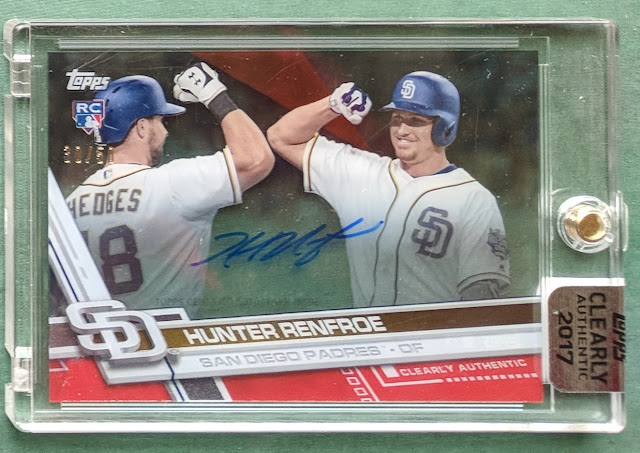 This sweet Hunter Renfroe autograph was the card that kicked off our deal. It's a nice looking red parallel #'d /50. I really like these 2017 Topps Clearly Authentic cards. I wish the product had a less dumb name, though. Maybe like Topps Translucent? (might be too similar to Topps Transcendent.) Topps Crystalline? Topps Glass? Topps Lucid Edge? Topps Liquid Prime? Even just Topps Clear would be better than Clearly Authentic. I'm still waiting for Topps Clearly Inauthentic which will feature the same cards but with sloppily forged signatures by interns.
But enough of that, it's a nice card. Another thing Topps should do is include a few Tek-like base cards in each pack. The one-card-box approach Topps has been using lately is so risky for the consumer. At least some decent base cards and a parallel could take the sting out of pulling an auto of somebody not worth much. 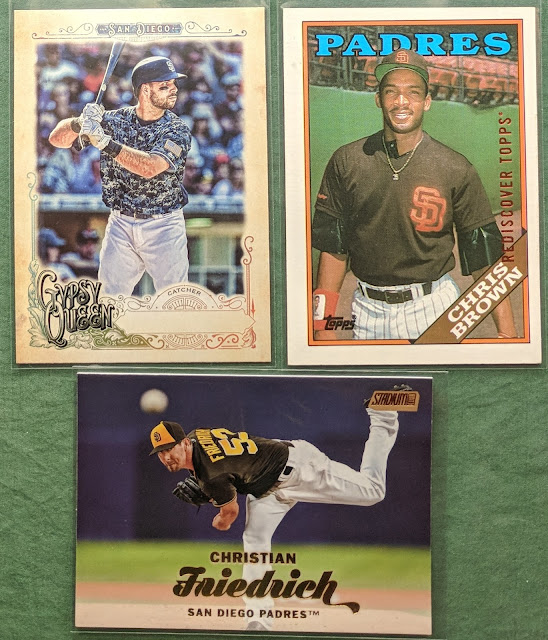 I've gone on record as not being much of a fan of the Topps Gallery revival, but I always love seeing Big Dave Winfield in the brown and gold. A tidbit I found for my new @PadresBreakdown Twitter account is that today is the anniversary of Dave's HOF election. Cool.


OTD in 2001, Dave Winfield is elected to the Hall of Fame along with former teammate Kirby Puckett on their first year of eligibility. Dave chose to go in as a Padre, which rankled the Yankees. Here's a Yankees auto card that I made a Padres overlay for. https://t.co/vwwvQ9AjYt pic.twitter.com/htNePVRMU8
— Padres Breakdown (@PadresBreakdown) January 16, 2018


Ha, I used the same photo for my custom overlay as the picture on the Gallery card. 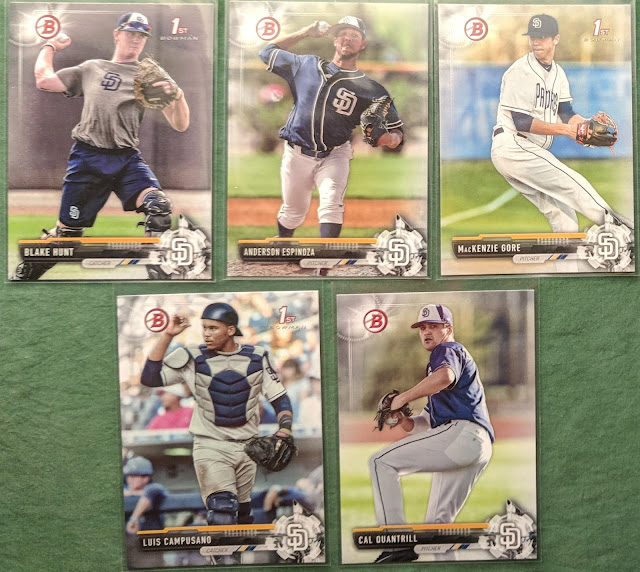 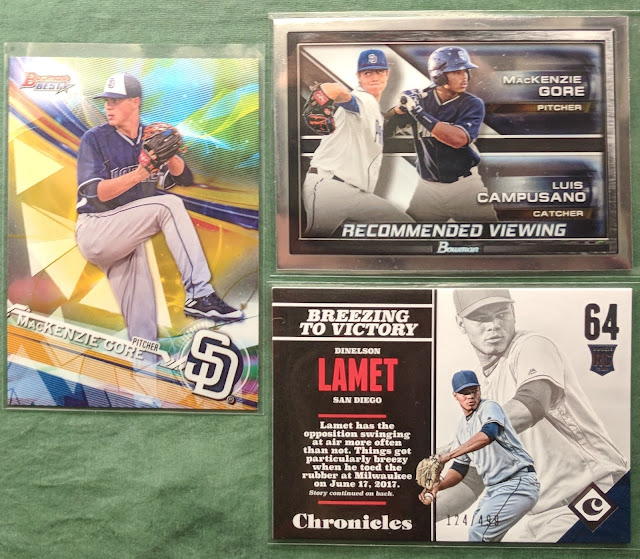 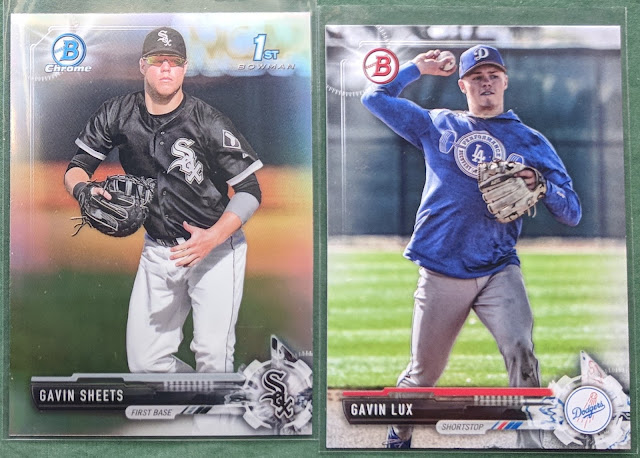 The package wasn't all Padres, though, as SCC snuck in a couple Gavins I needed, too. That's the first licensed Sheets card in my collection (I've bid on a few of his Bowman autos but keep getting narrowly outbid at the end), and it's a refractor, to boot. 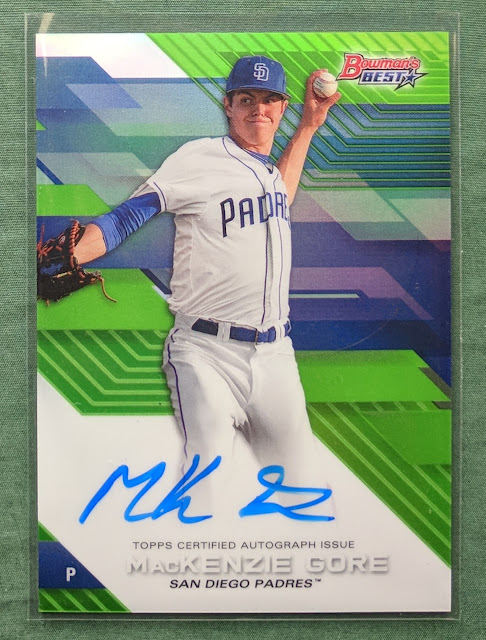 Finally, this was the card at the heart of our big trade. MacKenzie Gore was the Padres first pick in last year's draft, and he's their #1 prospect right now. This 2017 Bowman's Best green refractor is #'d /99 and makes a great addition to my collection of upcoming Padres. I had recently picked up a Leaf Metal auto of his, but again, licensed cards are always more desirable. Here's hoping this kid is the real deal and makes his way up to Petco in the next couple years.

Thanks again for the trade, SCC! Your return package went out yesterday.. hope you like!

I also just recently mailed out cards to Angels In Order, Jedi Jeff, Tim B., and ARPSmith.

Thanks as always for stopping by!
Posted by defgav at 3:25 PM