Earlier this week, I got an unexpected meeting notification for a one-on-one with my boss. I stressed out for the next hour or so until the meeting, anxiously wondering what it was all about, fearing something bad.

But I had nothing to worry about, and turns out I got a surprise raise!

Of course I wanted to celebrate with splurging on a card or two, and that evening I decided on picking off another big name on my '57 Topps setbuild. 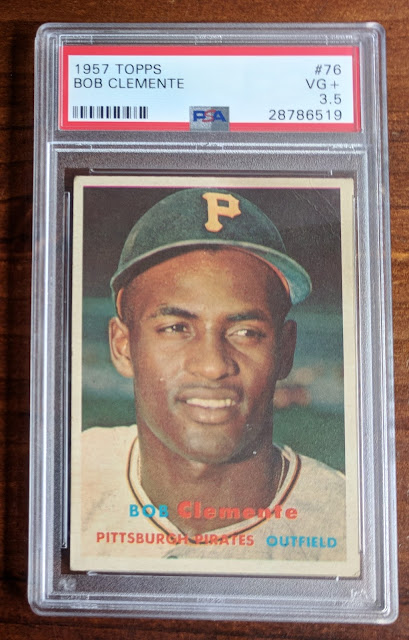 And it's a great one. The legendary Roberto Clemente! It's graded PSA 3.5, in the sweet spot of looking good and not breaking the bank. 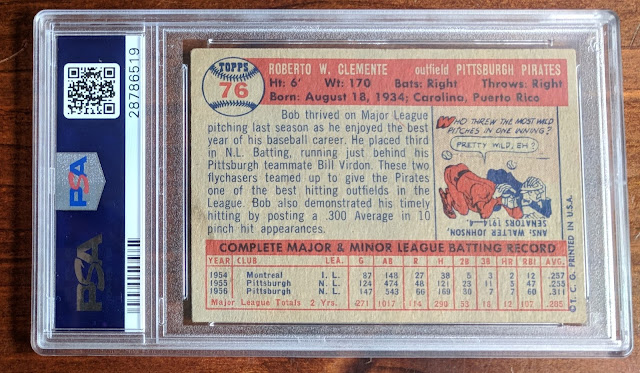 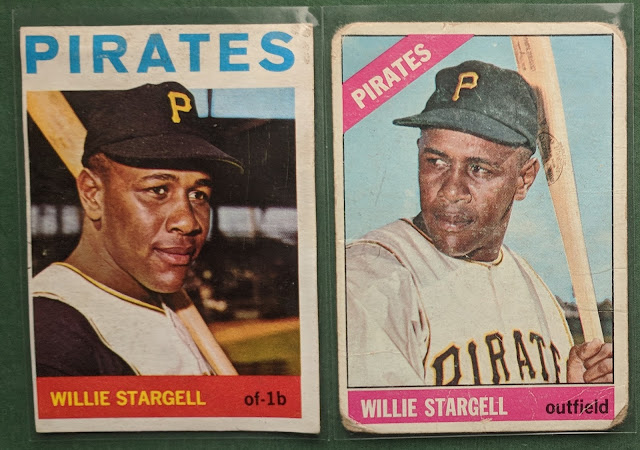 Speaking of Pirates all-time greats, I also won an auction for a couple off-condition Willie Stargell cards, just $6 shipped for the pair. The '64 is his first solo card after having a floating-heads rookie in '63. 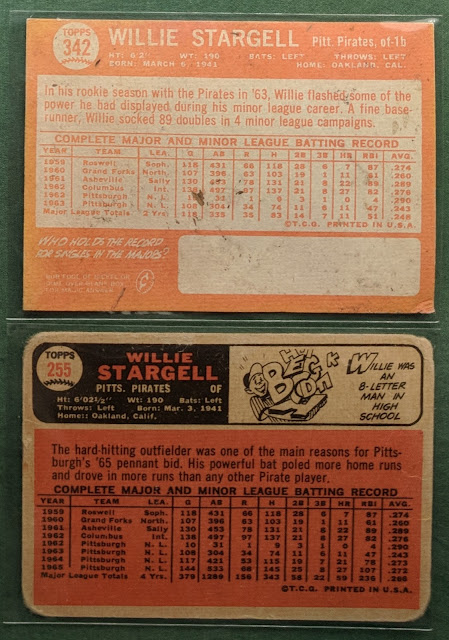 The '66 will go in the PC, and the '64 will go to the setbuild, though hopefully I upgrade it someday and this lesser condition card will get bumped to the PC. (I'm still conflicted whether to give priority to the sets or the PCs in situations like this. What do you guys do when you have 2 copies of a card of a guy you collect from a set you're working on and one is in better condition than the other?)

I also recently won an auction for a 33-card lot from 1964 Topps that worked out to less than a buck per, and included some nice ones in addition to commons. 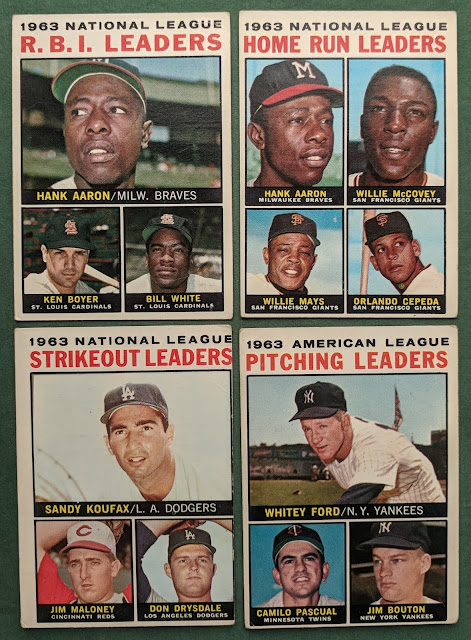 Many big names in these League Leaders! 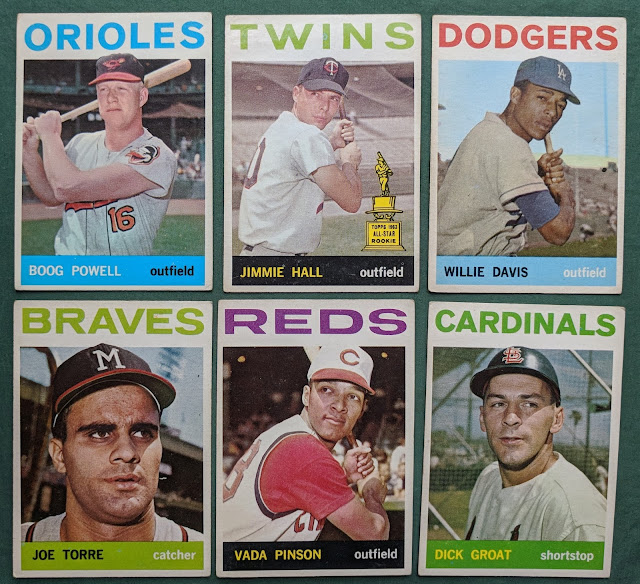 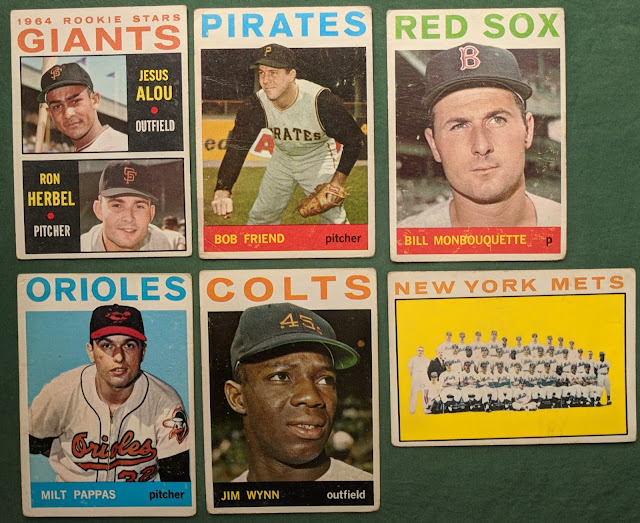 Mostly in nice-enough condition, though some are upgradeable. 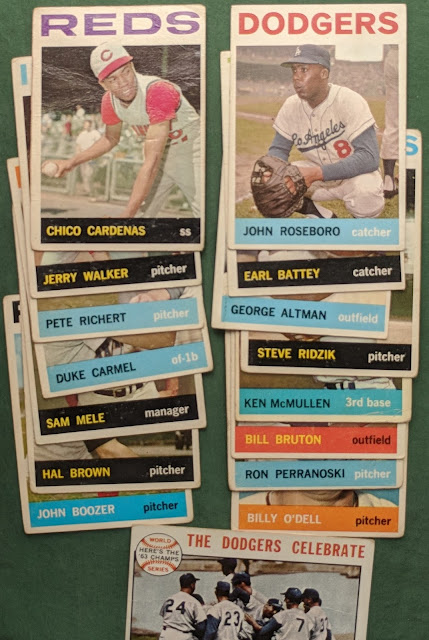 There were some dupes for me, but still a good purchase. Thanks to this lot, I've crossed the halfway point with the set. I've got an even 300 cards out of the 589 on my checklist, good for 50.93% complete.

So yeah, picked up a '57 Clemente and can technically say I've now got the majority of 1964 Topps.. it was a good week for the two vintage setbuilds I'm currently working on!
Posted by defgav at 2:03 PM