Big thanks to EP of Old Red Sox Cards for finally knocking off the last card I needed to complete 1980 Topps. 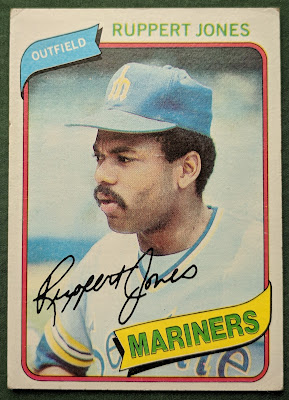 I wouldn't have expected this pedestrian Ruppert Jones to be the final card I acquired, but that's how setbuilding goes sometimes.

I feel like I've posted about the set enough the past few months, so I won't rehash too much here or post a bunch of pictures. But yeah, it's a cool set, and plenty of sentimental value to me thanks to being the first cards I ever owned as a kid. Even though I didn't really start collecting till a few years later, still feels kinda like the completion of my ultimate longest-running setbuild, in a way.

But the closure celebration can't quite reach 100% yet as I've still got a few cards I'd either like to upgrade (16 cards) or would like a dupe of for PC guys (6 cards). So my 1980 Topps wantlist will remain up for the time being.

But the key part of EP's trade package was– true to his blog's name– old Red Sox cards.. specifically a bunch of Red Sox I needed for my '57 Topps set! 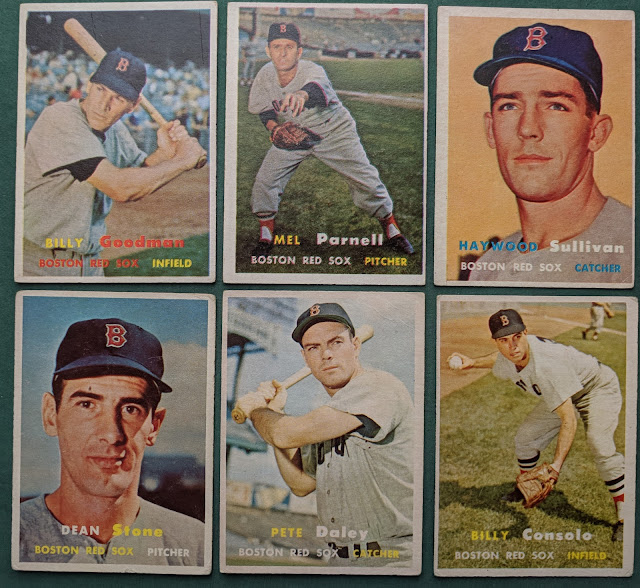 The part of the trade that got me to agree to give up a bunch of primo trade fodder were the 5 cards from the tough 4th series (cards 265-352), including Haywood Sullivan who got the same "orange sky" treatment as the classic Brooks Robinson RC. 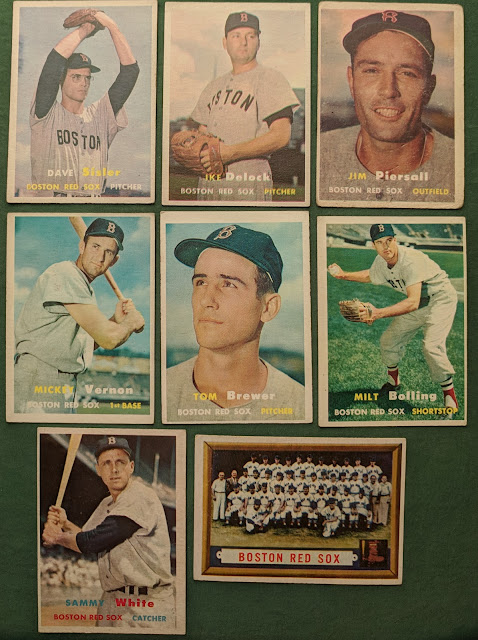 Jim Piersall might be the best known name in the group. Of course the biggest one in the team set is Ted Williams, which I picked up earlier this month. 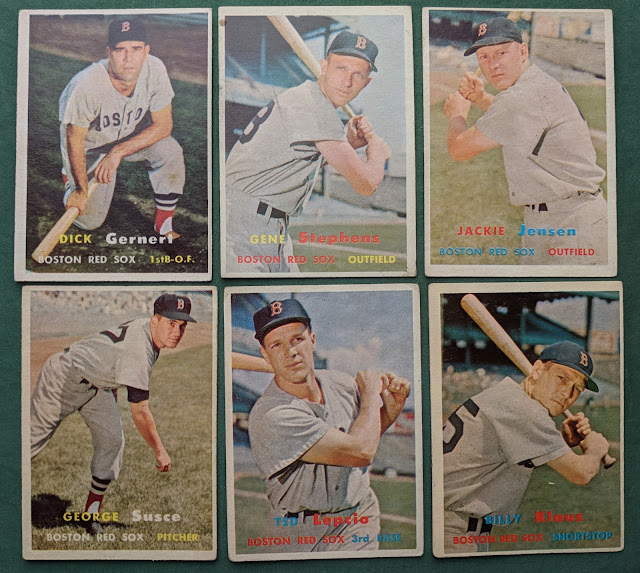 I'm now just #342 Gene Mauch away from completing the Boston team set. Not bad! (*This factors in an additional Red Sock from a COMC order that just arrived today. Post[s] to follow.)