Last place prize from a place nearby

It's nice when there's a contest and they throw a pity prize to the person who came in last. It's happened to me 2 or 3 times, the most recent of which was the BCS tournament contest over at Cards on Cards. I don't follow college sports at all, so I really just made some random picks hoping for a little beginners' luck. Didn't work out for me! But hey, I did end up with a nice last place prize.

Kerry is a fellow Portlander.. in fact, we've got a big meetup planned for tomorrow with a few other guys that I'm calling Cardblogger Con NW '18. Hell, we might set the Guinness Book record for most card bloggers together in one room. I'm sure I'll recap it in a future post. But Kerry wanted to give me my prize right away, so sent me this one through the mail. 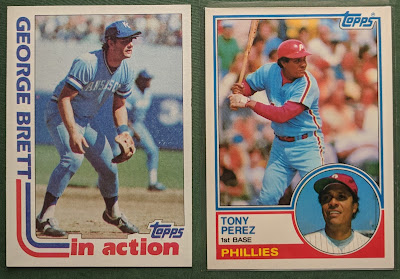 Always love the double-whammy of sets-I'm-working-on / guys-I-collect. The Perez is from '83 Traded. 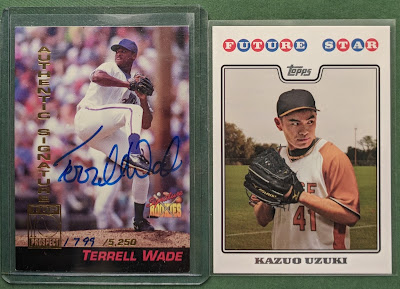 Random autos are always cool; Terrell Wade made it up to the majors in the late 90s for 61 games, mostly with the Braves, getting out with a career ERA a shade under 4.00. Kazuo Uzuki never made the majors because he is imaginary.

Kazuo Uzuki is the subject of a baseball card issued by Topps as an April Fools' Day hoax. The card was released on February 6, 2008 of a supposed high school superstar named Kazuo "The Uzi" Uzuki. In Japanese, Kazuo Uzuki means "the first son of April." The person actually depicted on the card was a New York University law student named Sensen Lin.

He is listed as 5'11" and 165 lbs and could supposedly throw a 104 mph pitch. According to the card, Uzuki would be the first Japanese player to go straight from high school in Japan into professional baseball in the United States.

Pretty neat. I've heard the story, but never had the card. 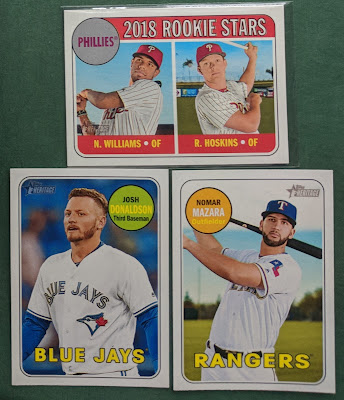 Some '18 Heritage including a Hoskins.. nice! 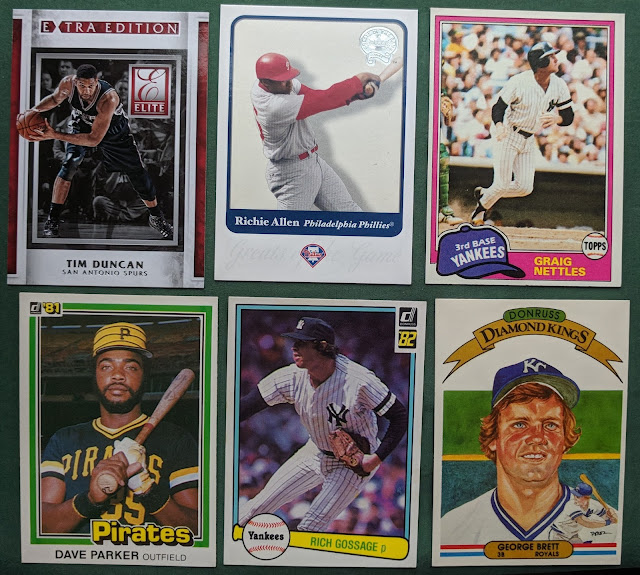 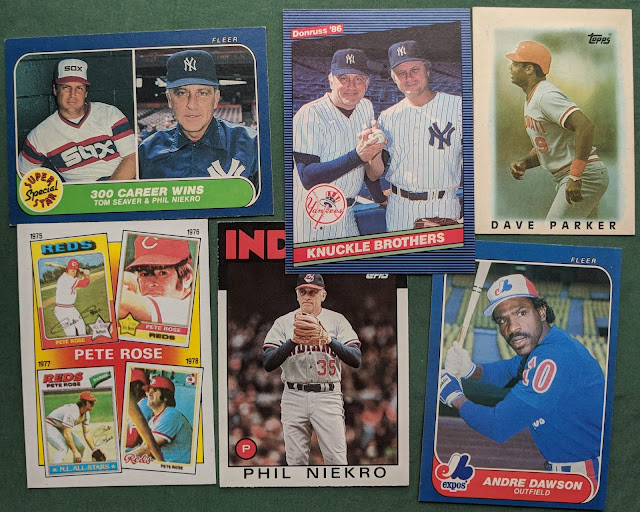 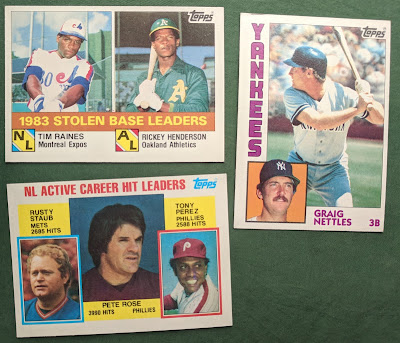 And '87s. Oh cool, I didn't even realize the Cobra was OPC until typing up this post. 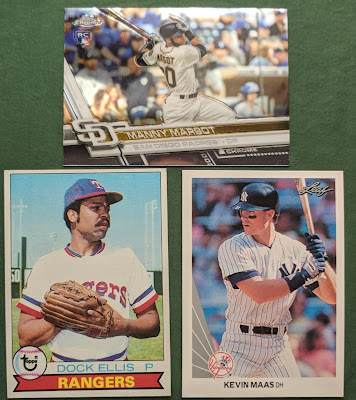 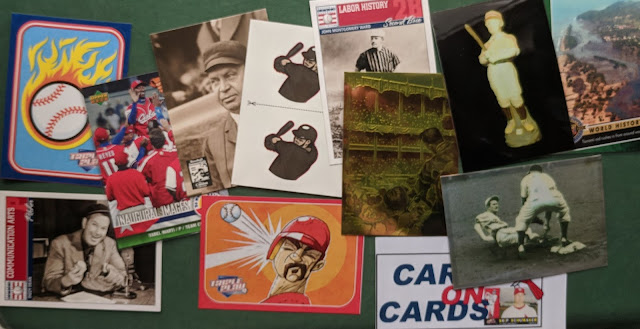 And the rest! Good stuff. 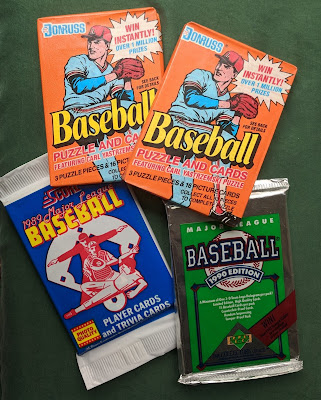 And some unopened packs. Nice! I'll save these for a rainy day (ie, when I need something to post about.. or just get the itch to rip) and probably do pack skirmishes with them.

Big thanks, Kerry! Much appreciated. I'll have a decent little stack for you at the pending meetup.
Posted by defgav at 4:02 PM