Cards on Cards in Person

Working just down the road from each other in downtown Portland, Kerry of Cards on Cards and I have met up to exchange cards a few times, but last week's Cardblogger Con NW '18 was the first time we actually got to hang out for a while rather than just hand off cards. I also got to meet Kerry's card-collecting partner in crime, Erin, who joined our group midway through, so that was pretty cool, too.

Kerry had sent over a nice bunch of cards for me as a contest-losing consolation prize just a few days before, so I wasn't expecting him to have more for me so soon, but happily for me, he was able to scrounge up some more good cards to give me at the meetup. 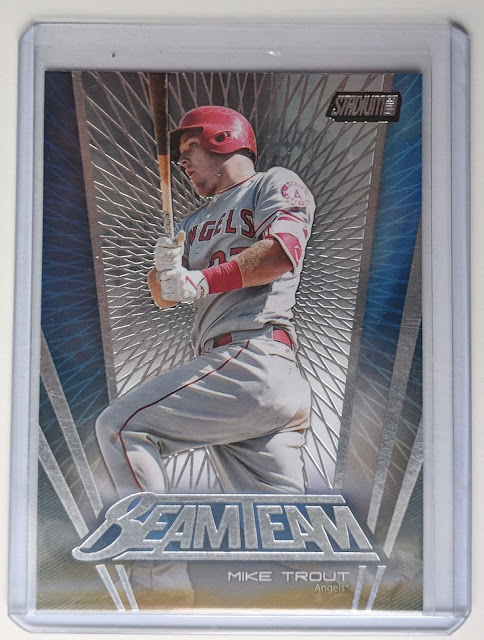 Beam Team cards seem to be some of the best looking inserts around these days. Love this Trout. 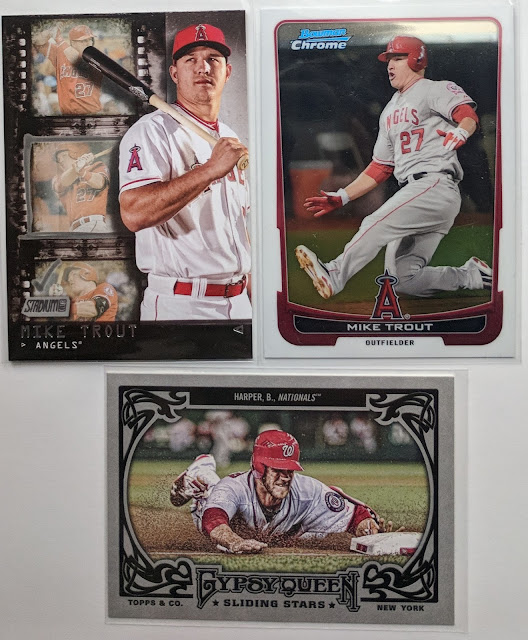 A couple more nice Trouts and a sliding Harper. 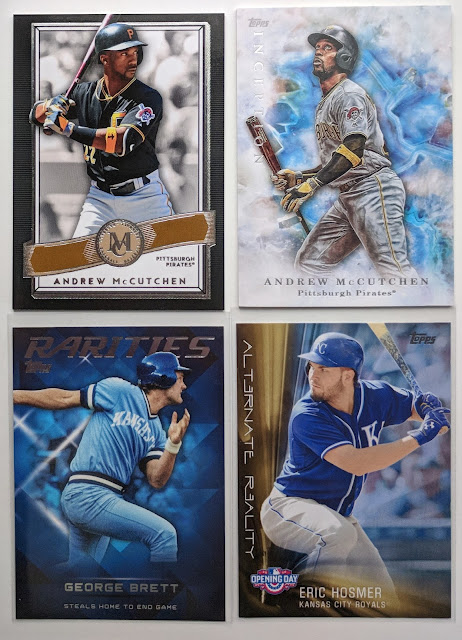 Here we've got a couple high-end McCutchens and a pair of Royals standouts. 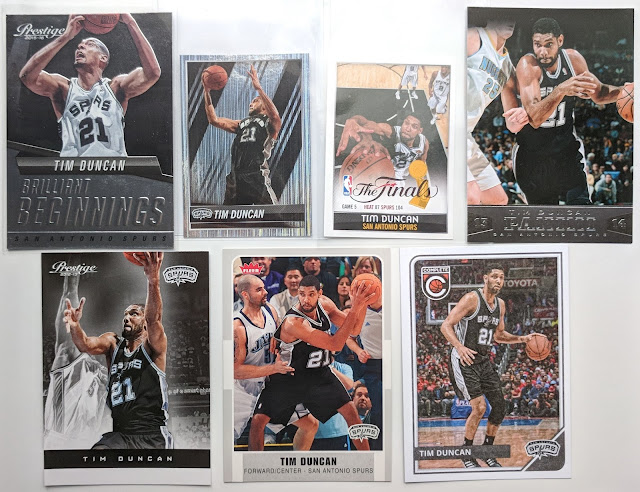 I casually mentioned on my blog once that, while I don't really follow basketball, I might consider the Spurs my favorite NBA team in recent years, specifically because Tim Duncan seems like a neat dude (and Coach Pop, too). And with Kerry being a big basketball card collector without a ton of trading options on the cardsphere, took that to heart and has been a big contributor to my small b-ball collection since. Some cool Duncans in this lot, including a shiny sticker. 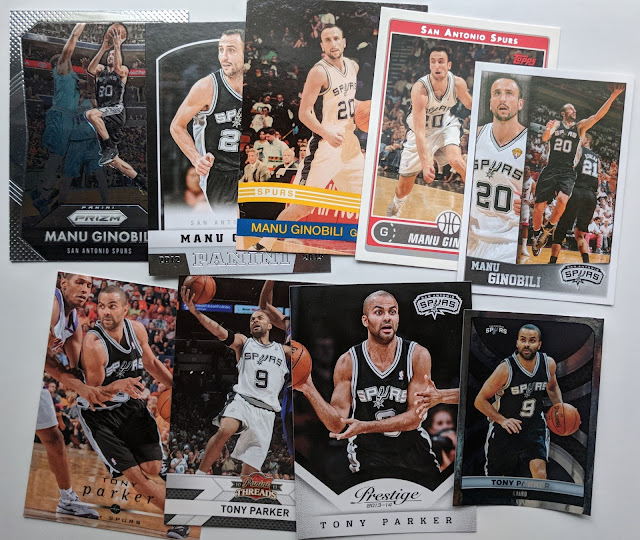 Also a few from Ginobili and Tony Parker. 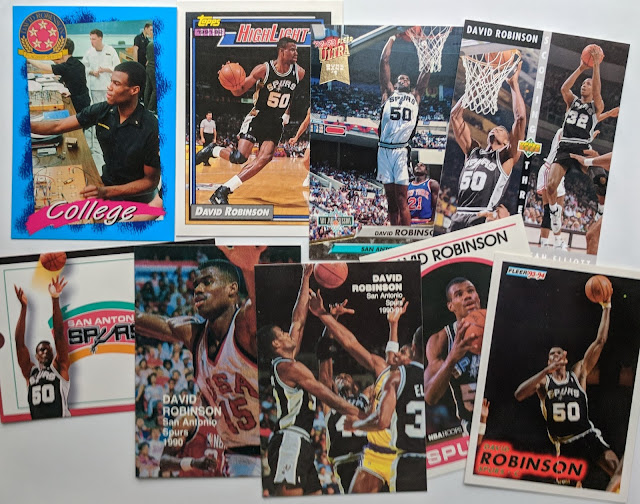 And a mess of David Robinson. 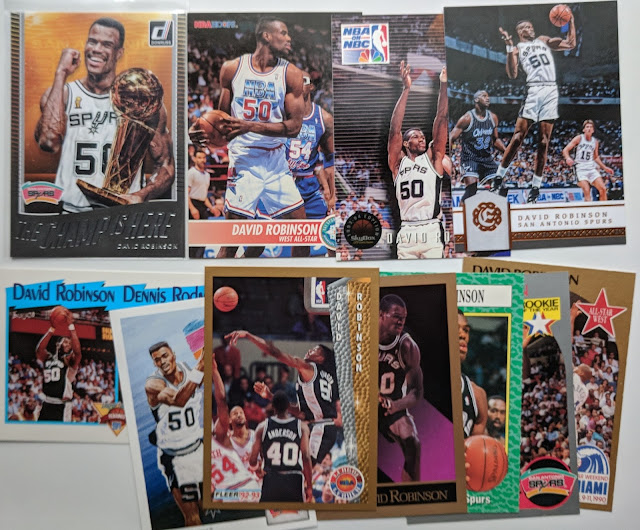 Thanks for the cards, Kerry! Glad you were able to make it to the meetup and ended up being able to stay for a good while even though you had prior plans later in the evening. Great hanging with you and Erin and everybody.
Posted by defgav at 4:15 PM