This is a tough one to work into my continuing series of blog posts titled after Guns N' Roses songs. There has never been a professional baseball player with the name Brownstone. Plenty of Browns and Stones, though. Tim Blackwell should get an honorable mention here. The song, of course, is about the joy of teenagers dancing with the elderly. Ok, not exactly. But here are some random cool cards I've picked up earlier this year that I haven't gotten around to showing off yet. 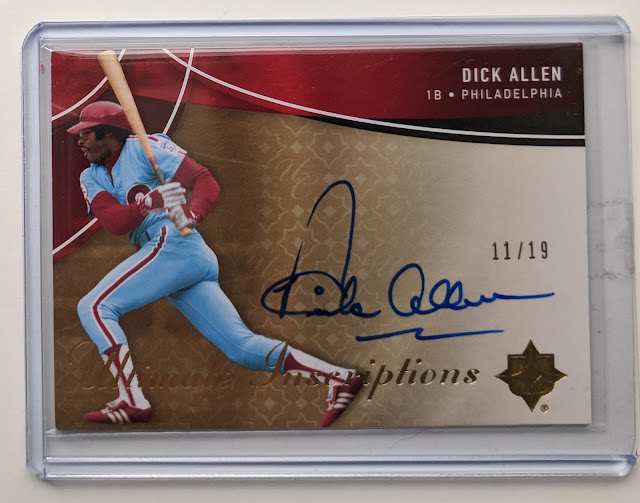 Excited to land up my first new Dick Allen auto in quite some time. It's not the Goodwin Champions white whale of mine, but a nice one none the less. 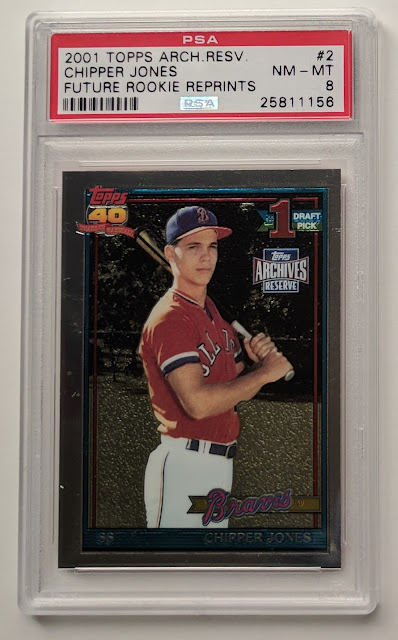 Here's my new best Chipper Jones card. But I don't collect him, just scored this for inclusion in my Archives Reserve Master Set, specifically the section for the Future Rookie Reprints insert set from factory sets of some fancy version of 2001 Topps. These are pretty much all miscut, so a grade of 8 isn't bad here. In fact, if the auction's description is to be believed, this is the highest-graded specimen of this particular card in existence ("Population 1 of 1 - None Graded Higher"). Nice card of the brand new HOF inductee. The two big names left for me to chase in the set are Jeter and Rickey. 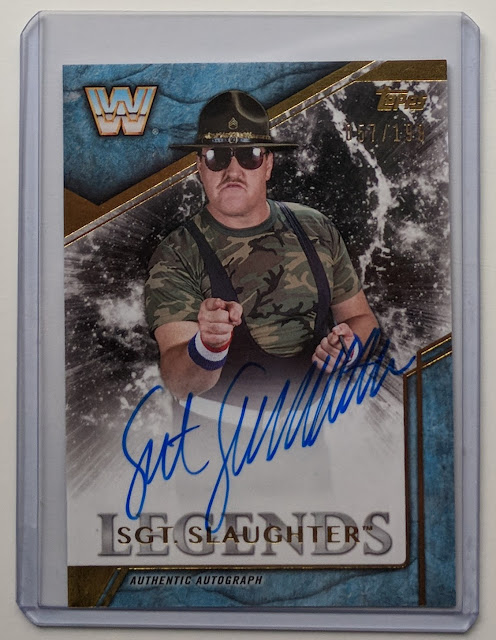 Love this on-card Sgt. Slaughter auto! Seems to be a serial number hidden in there, too. This is my second auto of the guy, after a Bowman Heritage card I picked up a couple years back. My admiration of him is 100% due to G.I. Joe. I was never all that into wrestling, but was big into G.I. Joe as a young'un. Always impressed by the real guys who had their own G.I.Joe figure (I think the list was just him and The Fridge). So it's like getting an autograph of a childhood toy when I get cards like this.. such a trip! 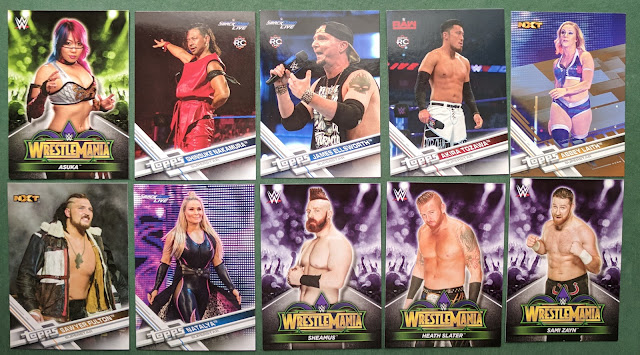 The seller was kind enough to throw in a bunch of bonus wrestling cards. I appreciate the gesture, but none of these really have a place in my collection, so please let me know if you'd like me to set aside any for you because otherwise I'm gonna kick 'em on down the line to languish in the "misc." section of my tradeables. 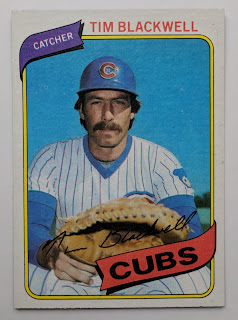 I really should start dancing with Mr. Blackwell.. the bushy-mustachioed backup catcher. And by "dancing with" I mean PCing. He's got some great cards, as his mustache got bigger and bigger over the years. By the time he was a coach in the minors circa late 80s/early 90s, the thing was the size of an adult chihuahua. Really a sight to behold.

Thanks for reading, have a great weekend, and remember: don't worry about nothin' because worrying is a waste of your time!
Posted by defgav at 3:43 PM