As he suspected, the postage-due bandit from my last trade recap was in fact Bru of Remember the Astrodome. I was able to put some loose change into an envelope paperclipped to the orange slip by my mailbox and it was successfully delivered the next day, so no big deal.

But yeah, as a public service announcement: the USPS has been cracking down on "envelope rate" vs. "package rate" this year. I send out 1000+ packages of DVDs every month at work. I used to be able to get away with sending 1 disc in a cardboard mailer via the cheaper envelope rate (88 cents thru Stamps.com), but now they'll get testy unless you go package rate ($2.61 thru Stamps.com). So unless you're sending a PWE (no more than 1/4 inch thick), you'll probably need to go with package rate.

But anyways, let's check out the great cards Bru sent my way. (And btw, Bru was totally apologetic and cool about the whole thing, even offering to reimburse me via Paypal. Good guy!) 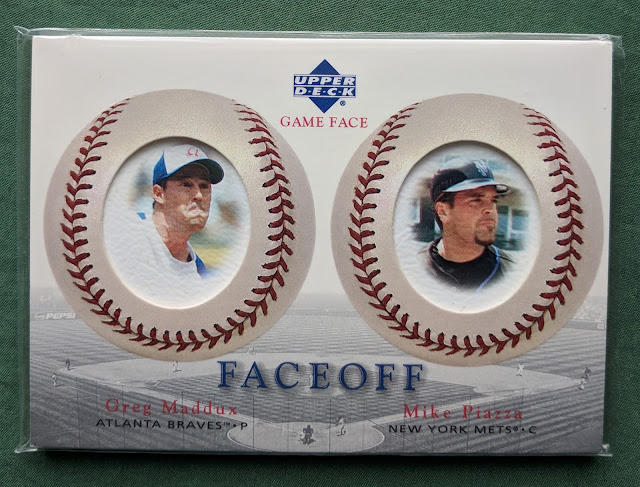 Here's a cool quasi relic type of card with Greg Maddux and Mike Piazza. 2003 Upper Deck Game Face. The real question for me here is which PC to put this in, since I collect both these guys and feel equally about them, both Pads in the Hall. Crap, I guess Maddux since he's pictured first. 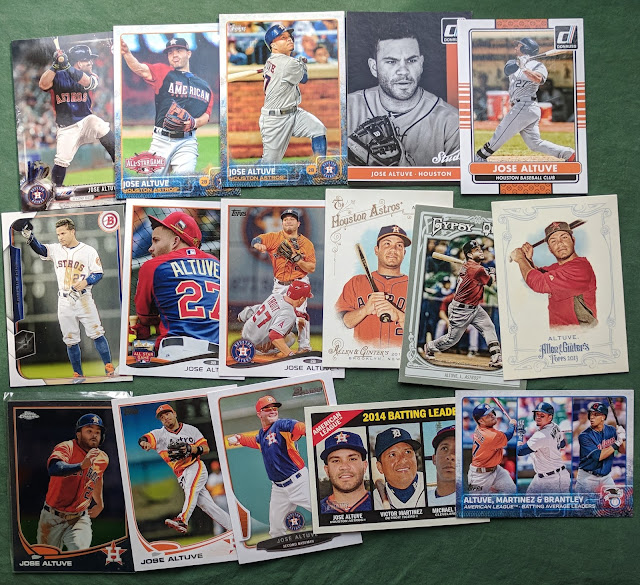 But most of the package was Astros, like this glorious lot of Altuve. Bru is a big Astros collector and ends up with plenty of dupes, I'm sure. 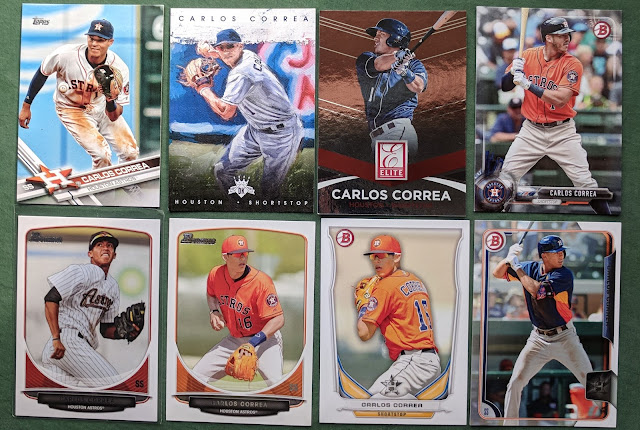 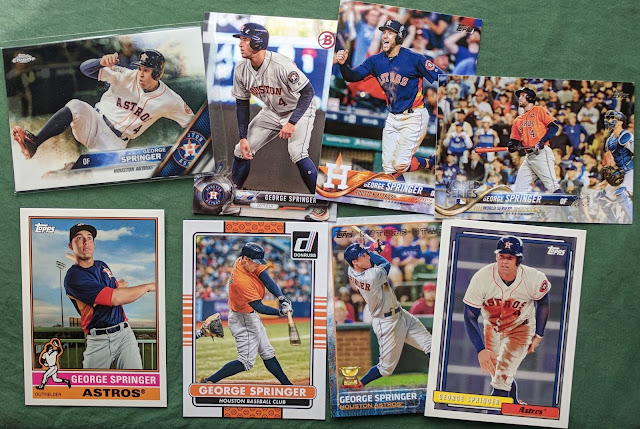 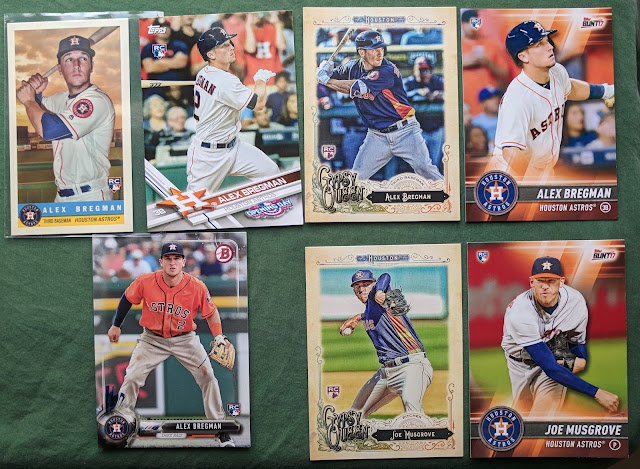 Alex Bregman RC parade and a hometown hero of mine, Joe Musgrove. 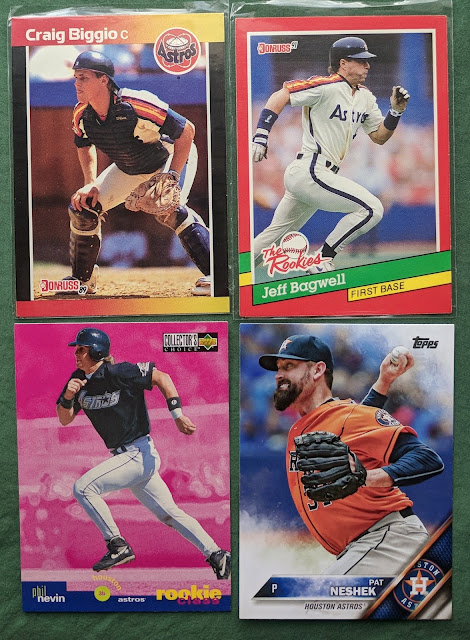 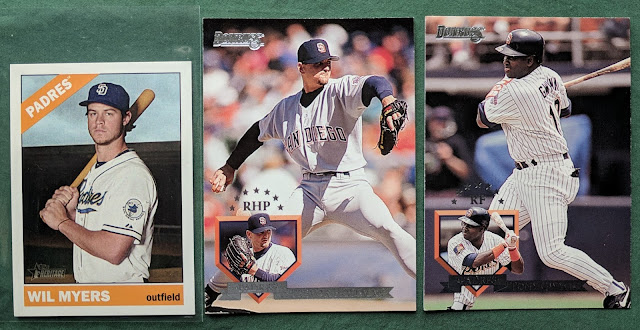 There were also plenty of Padres cards, the best of which was the Wil Myers Heritage mini #'d 82/100. 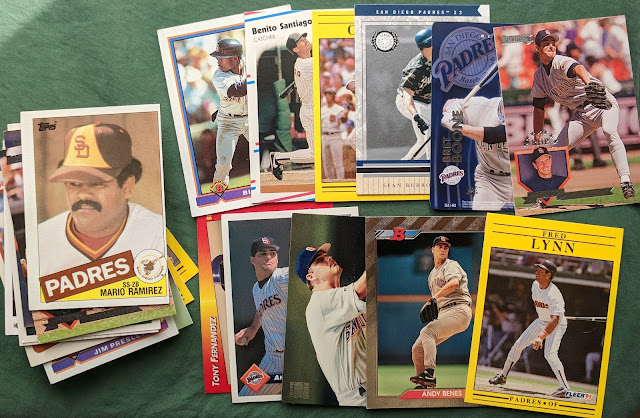 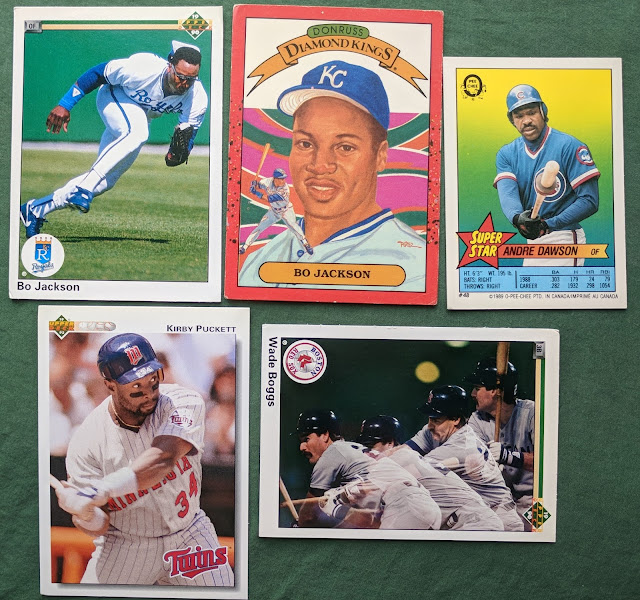 Even a few non-Astros/Padres for the player collections.

Thanks a lot, Bru! I'll be rounding up some good Astros to shoot over to you ASAP.
Posted by defgav at 2:21 PM