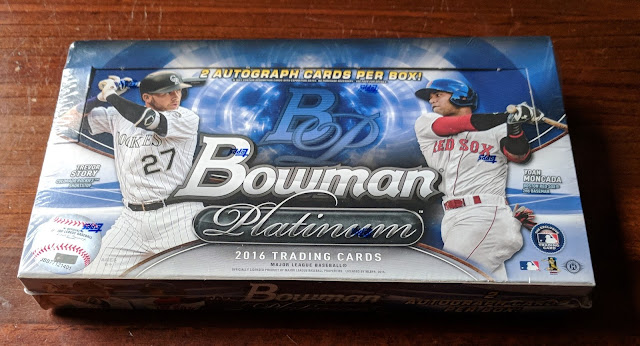 I wasted no time ripping into the box I set aside for March from my Black Friday stockpile, busting the 2016 Bowman Platinum hobby box this morning (still home sick, but nearly over this cold). I've never really been a big fan of Platinum (Bowman Foilboard, as I think of it), but it was a good price and I knew there was some good stuff possible in there. 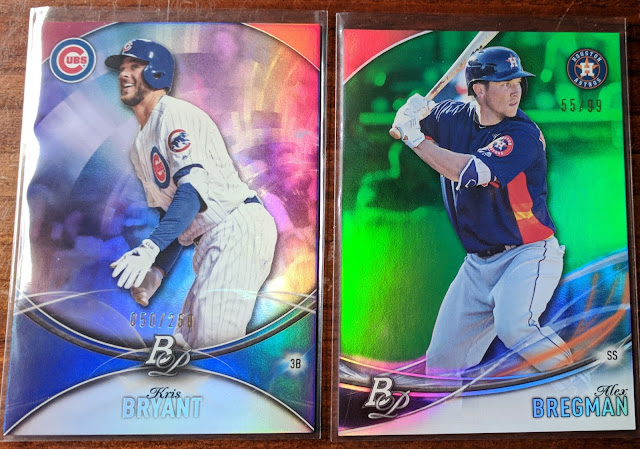 Base cards including some big rookies. 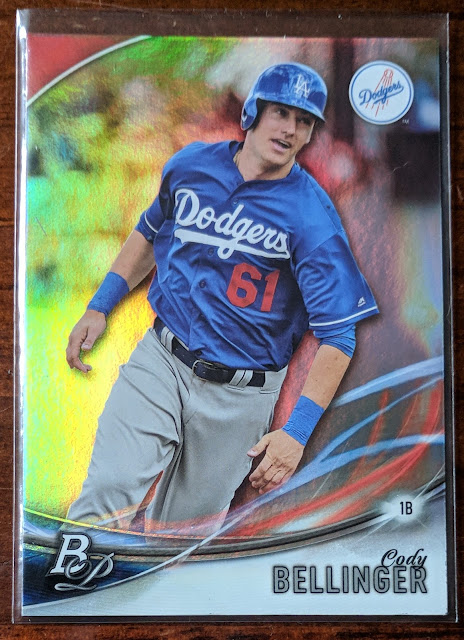 And pulled my first "pre-rookie" of Cody Bellinger. 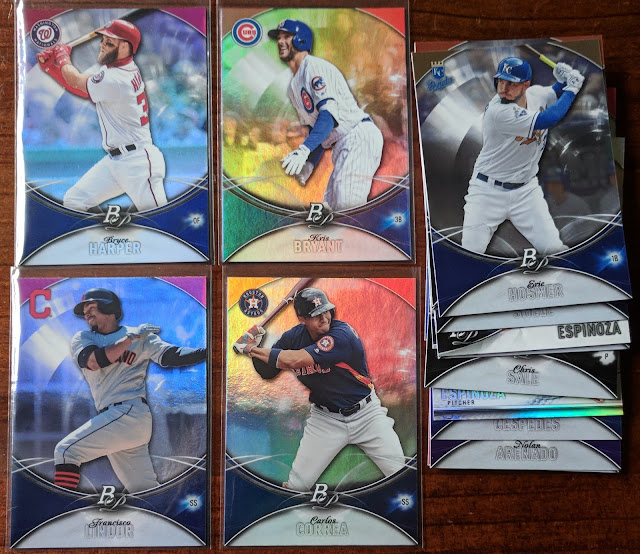 Plenty of guys I collect. 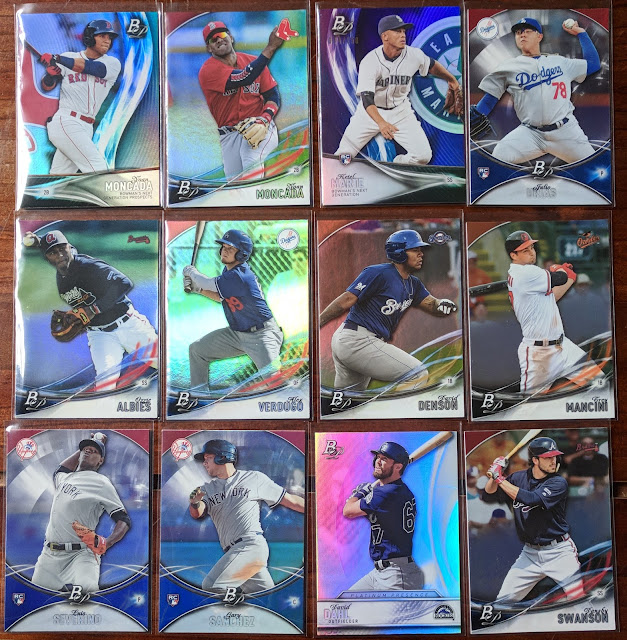 Some more notable rookies and prospects. 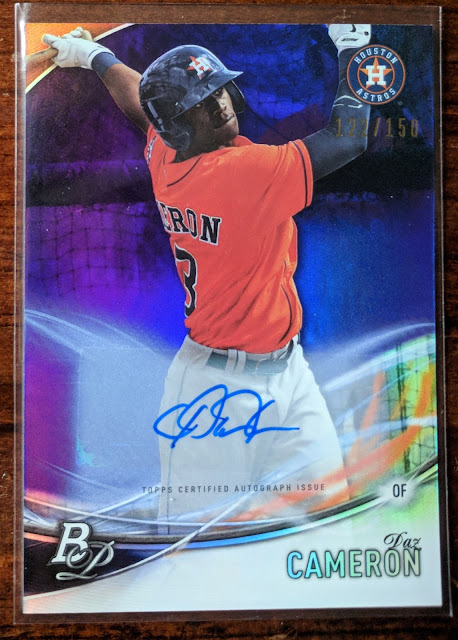 The box promises 2 autos. Daz Cameron is a first-rounder who was a key prospect going to the Tigers in the Justin Verlander trade last year. This /150 blue parallel is a solid pull and could end up being even better if he pans out in a couple years. But the big mojo pull of the box.... 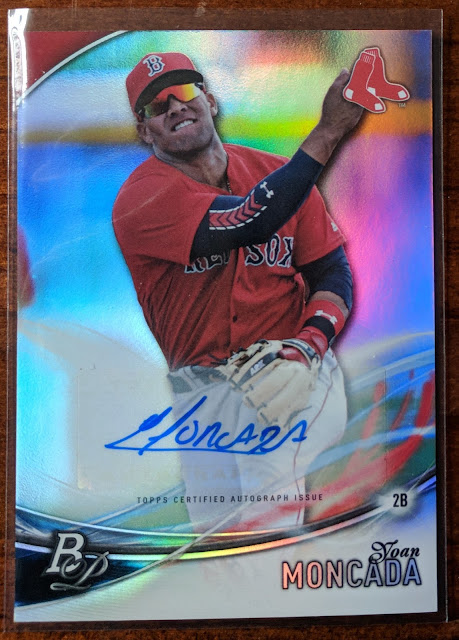 Boom! Yoan Moncada auto! Checking out prices online, looks like this card alone would easily cover the cost of the box. One of the game's top prospects, he should have a long, successful career ahead of him. He went to the White Sox in the Chris Sale trade. Hasn't quite put it together in the majors yet, but he's got lots of potential.

So there you have it. Very happy I snagged this box in my big Black Friday order. Netted me lots of great cards.

I'm hoping my luck continues tonight (?) in Nacho Grande's 2018 Topps Heritage group break. I jumped in early for the Angels, hoping to score something nice from Ohtani or Trout. As of press time, there's still one slot left, so check it out if you're interested.
Posted by defgav at 1:23 PM