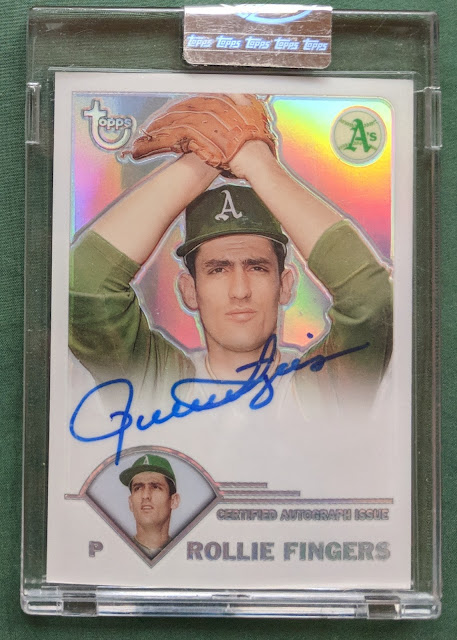 It's well documented that I'm crazy for Topps Retired refractor autos. I also collect Rollie Fingers, so it was a given I was gonna throw a competitive bid on this '03 when it popped up on eBay. Great looking card with young, pre-mustache Rollie. He's a main guy I collect as a Pads in the Hall member (a mini-player-collection of HOFers who suited up for the Padres at some point). 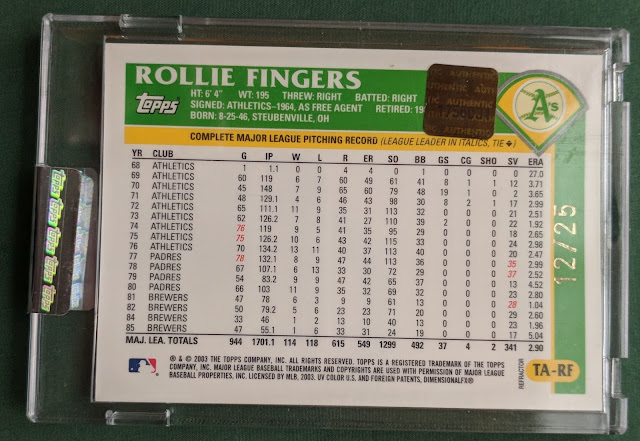 And I went after it hard because it's the Christmas Card! If, say, it was instead numbered 13/25, I would probably have bid only about half as much. But seeing as it's a "1/1" for my collection, I was willing to overpay a little. 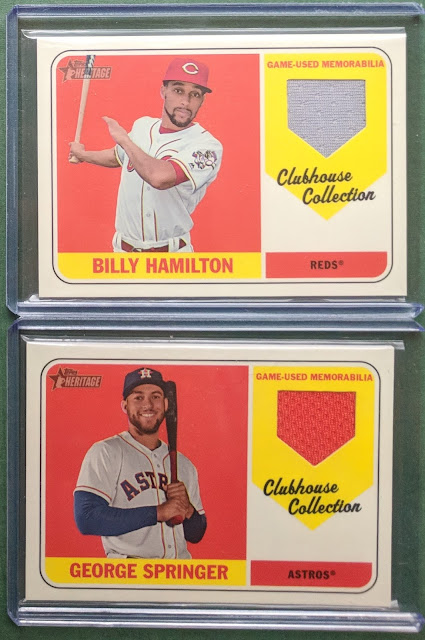 Also picked up a couple cheap '18 Heritage relics from the same seller. With combined shipping, they set me back $1.49 each. Not super interesting, but I like that neither is a plain white swatch. Nice additions to my Billy Hamilton and George Springer PCs.

That's it for today. Thanks for reading.
Posted by defgav at 3:24 PM