I kinda collected Bonds back when I was a kid in the early 90s and he was a lean young star on the Pirates. Then during his time on the Giants, I was sort of wishy-washy on him.. in awe of his numbers and presence at the plate, yet hating him for being a douche and likely juicer. By the time I got back into collecting a few years ago, Barry was a persona non grata, or whatever you wanna call it. I wasn't sure how to feel about him from a collector's standpoint. Honestly, I was upset at the Padres for not signing him in 2008. They sucked and it would have been nice to have him in the cleanup spot. But no, collusion kept him out of the game even though he publicly said he'd play for the league minimum. He'd undoubtedly be a bit of a media circus distraction and might have been a cancer in the clubhouse, but well worth it for a cellar-dwelling club, in my opinion.

Sure, he had some of the cream and the clear to help him feel tip-top, but still, he was a damn good baseball player (second only to Babe Ruth all-time, statistically). As far as guys I've seen in person in my limited ballgame-going experience, he's right there among the best I've ever witnessed live along with Tony Gwynn and the Bipster. Plus, now it's common knowledge that over ¾ of all professional ballplayers were doing some type of PED at the time, which makes it harder to hold a grudge. But still, it doesn't seem like many collectors collect Bonds besides Pirate team collectors (begrudgingly) and Giants team collectors (bittersweetly, I'm sure).

So anyways, after hating on him for a while, I've given in and started a Barry Bonds PC. (What? You got a problem with that?) One of the glorious things about my Hundred Card Club method for player collecting is I never have to make too big of a commitment if I want to start collecting somebody. One hundred cards, then out.. or keep casually adding to the total if I want to, like with top favorites such as Gwynn.

Barry Bonds has been a very passive PC for me so far, with only one card I actually went out of my way to acquire. It just arrived yesterday. Let's give it a photo shoot: 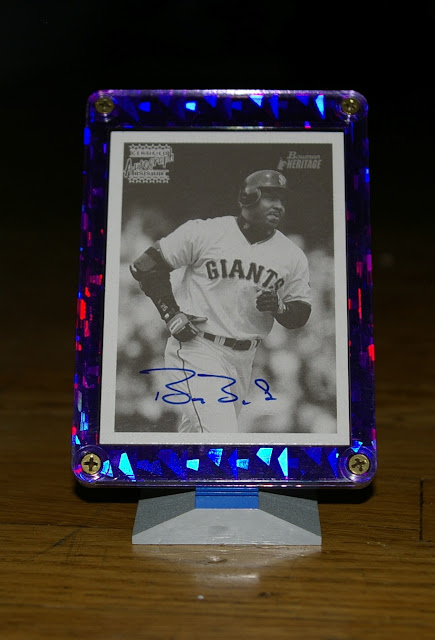 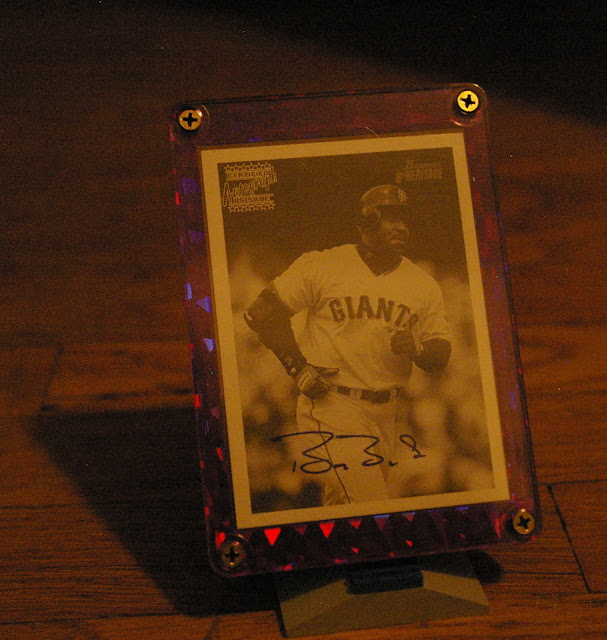 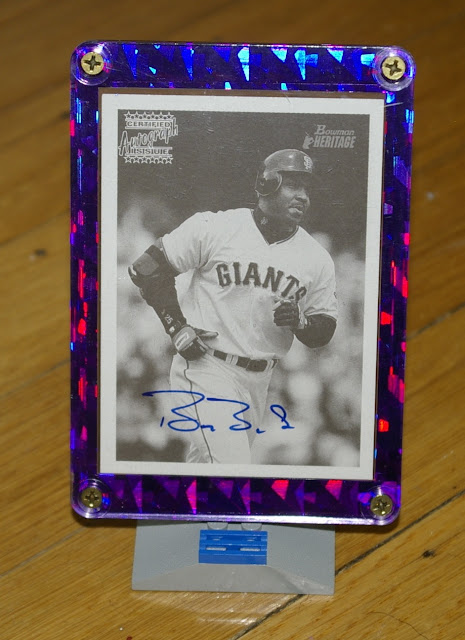 Since 1948 Bowman is a black & white set (and as such, so is 2001 Bowman Heritage), the card is a bit drab for my taste. So I threw it in the most ostentatious screwdown case I own. Now it's perfect. 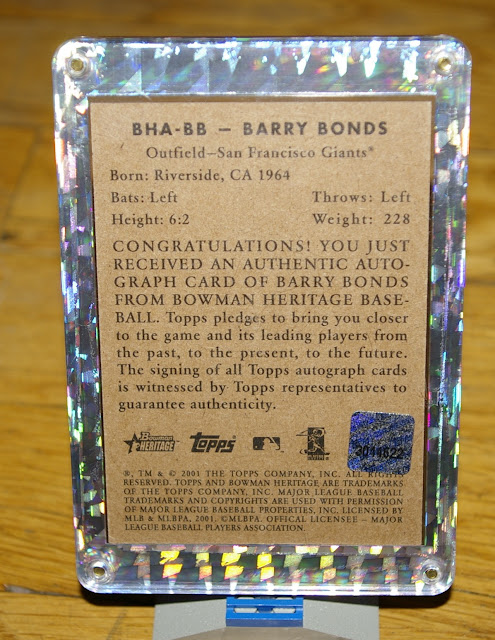 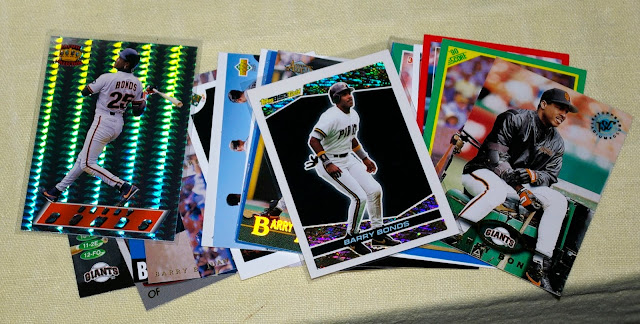 Here are some more Bonds cards I've passively accumulated over the past year or so. Not pictured are the cards from my original collection, which I still have in a page or two of a binder, the best of which is his 1986 Donruss The Rookies (I still need his other rookie cards [1986 and 1987]).


I'm not saying dump all your unwanted Barry Bonds cards on me, but if you want to send me cards and have absolutely nothing else on my wantlist... sure, send me some Bonds. 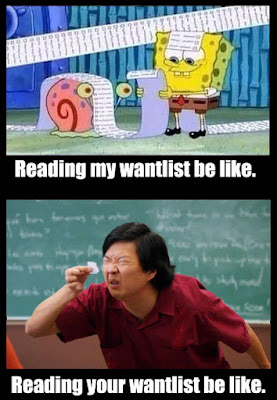