Apparently I ran over a nail or something during my adventure in Hillsboro last weekend, and ended up with a flat tire the next day. Since I ride my bike to work, I can take my time dealing with an out of commission vehicle, but it did put the card show this weekend in jeopardy. Luckily for me, my wife didn't have plans this morning, so I was able to borrow her car to head on out to the mall.


(A classic misheard lyric for me: "I let it fill my head with dreams and I head on out t' the mall.")

And yes, I did fill my head with dreams and head on out t' the mall. Mall 205, to be specific. Where the monthly card show is held. 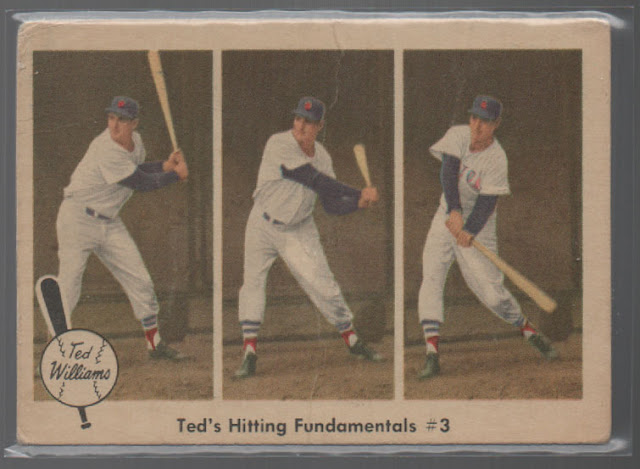 I was a high roller this weekend and spent my time in the $1 bins rather than dimeboxes. Landed my first-ever playing days card of Ted Williams. Pretty sweet. 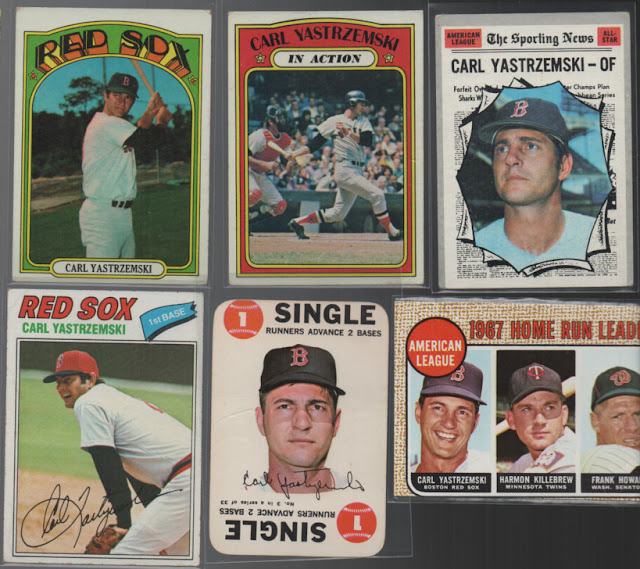 And on to another Boston legend, my Yaz PC got a nice vintage boost today! If that LL card photo looks familiar, it's because it's the mascot of this blog! It's the tiny picture up in the browser tab when you're on this page, plus my "email me" pic on the right. 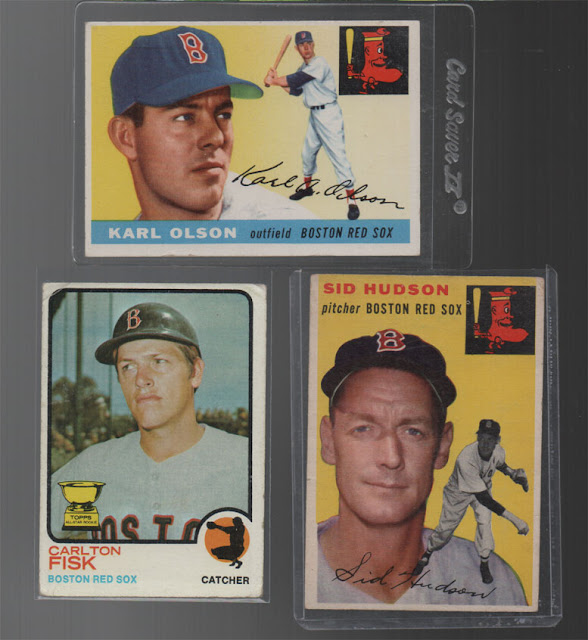 Some 50s cards and a Fisk 2nd-year. I already had the Fisk, but since I'm working on the 73 set, now I've got a dupe for the PC. Or if I already had a dupe, I'll throw it on Listia. Karl Olson and Sid Hudson are trade bait/Listia fodder. Anybody need them? 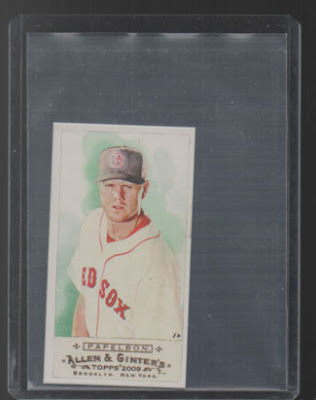 Meck! Why would I pay a buck for a Papelbon mini? 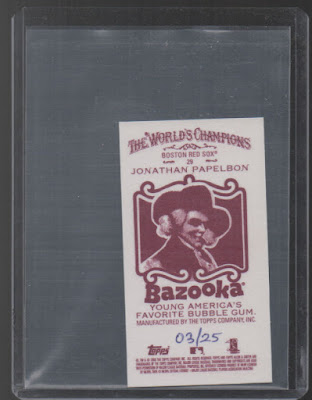 That's all for today. More of my card show haul will be featured this coming week. My camera has gone missing, which is bad news for the blog because I prefer taking pictures of cards over scanning because scanning takes longer. Hopefully it turns up! I can't imagine somebody broke into our house and only stole a big ol' camera! But damned if I haven't searched everywhere. Hmm.

UPDATE: Found it! Lol, I was totally convinced someone stole it. Was down in the basement. Whew.

Keep on rocking.
Posted by defgav at 3:28 PM