Here's the second box I've busted from my Christmas haul. I've seen 2015 Diamond Kings on other blogs with generally favorable reviews, and received 2 or 3 cards in trade packages, and they seemed cool enough, so went ahead and put a box on my wishlist. The "artistic renderings" style helps downplay the lack of logos, and the cards are slightly textured with that canvas-like feel, a bit reminiscent of UD Masterpieces.

Let's jump right in with the hits.. 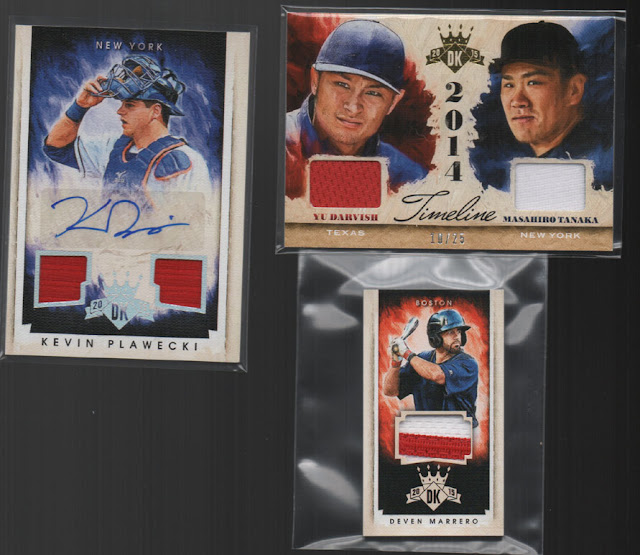 I only pulled one auto, but it's a pretty decent Kevin Plawecki card with a couple jersey pieces thrown in, #'d 32/99 on the back. After a hot start to his major league career with the Mets this past season, Kevin cooled off a bit, but still a name to watch.

And that Yu Darvish / Masahiro Tanaka dual relic #'d 10/25 could turn out to be a sweet pull if they can both stay healthy going forward.

The Deven Marrero relic mini is #'d 8/25 on the back. (Yep, I pulled two /25 cards, but I've still yet to ever personally pull a Christmas Card. *sigh* Someday!) 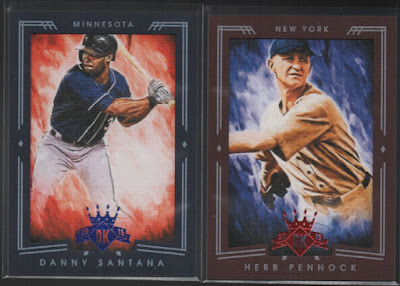 Here are a couple neat framed cards. Danny Santana is #'d 70/99. Herb Pennock (unnumbered) isn't a guy I was familiar with, but turns out he's a HOFer from the Ruth-era with an interesting career. 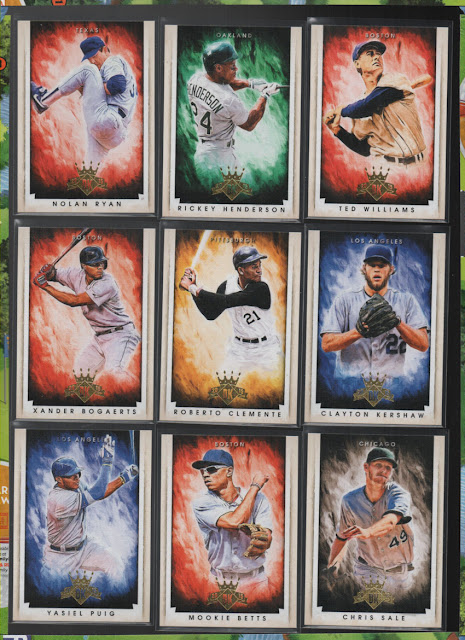 Here are some dudes I collect. The multicolored backgrounds look pretty nice together in a page-type setting. 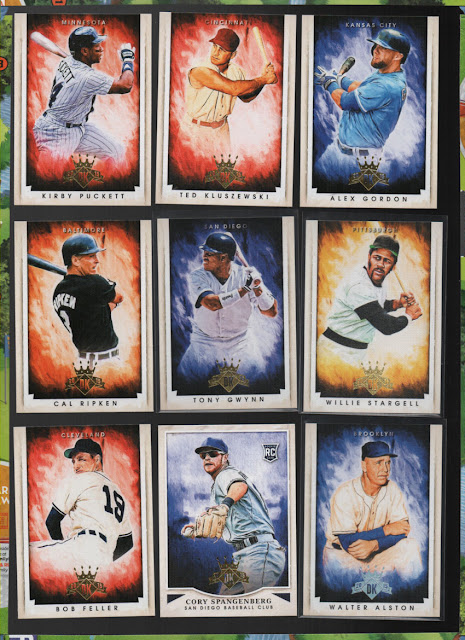 Some more cool guys. Pulling this Kirby made me realize he hasn't been included in any Topps product for a few years, as far as I can recall. Cool to see sleeveless Ted Kluszewski show up in a new set. The Walter Alston at the bottom seems to be a rainbow foil parallel or something and is #'d 1/99 on the back. 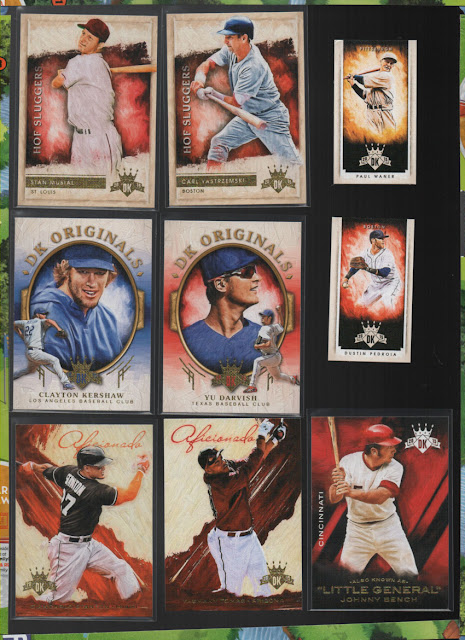 Some inserts and minis. The Paul Waner mini came out of the pack with a dinged corner; lame. I love nickname cards, so the Johnny Bench "Little General" card was neat to get.
As was... 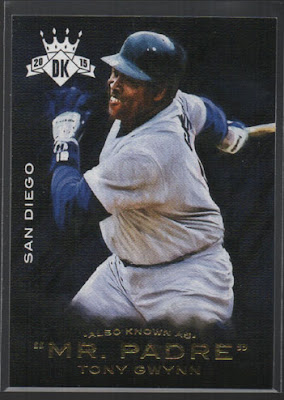 Here's a card I was hoping to pull! I think I saw this on Fuji's blog a while back and liked how Panini slyly snuck in a team name with this "Mr. Padre" card.

So there you have it. While it provided me with several PC additions and some decent trade fodder, I feel like this box was maybe one decent hit away from being a "good box" and instead it was just kinda "meh" overall. 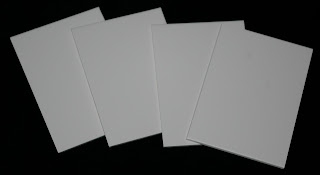 One thing that bummed me out was pulling four blank dummy cards. I understand trying to thwart pack-searchers, but it's a kick in the crotch to pull a thick card that turns out to be nothing but a plain white card. At least as someone who occasionally makes sketch cards, I can use them for drawing on.

Thanks for taking a moment to check out the box with me. Still got the 2015 Bowman Chrome box and the big boy: 2014 Topps Tribute.. excited for that! Those are coming up soon, as well as closing out Gavin Month, then some fun stuff lined up to kick off 2016.
Posted by defgav at 2:40 PM