Relics from the card show

Looking to document my haul from the recent card show split up into digestible posts, here're the relics I got for myself. Nothing "ridic" this time, just a bunch of jerseys and a bat. These were all in my 71¢/card purchase, I believe. 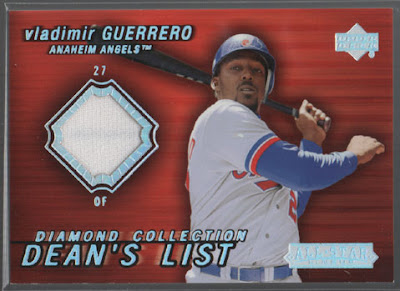 Vlad still has a lot of fans out there, and I'm among them. Slick looking card featuring a jersey swatch from his Expos days. As I always like to say when I mention Vlad, he was a beast in his prime. I hope he makes the Hall in spite of being pushed into retirement prematurely. 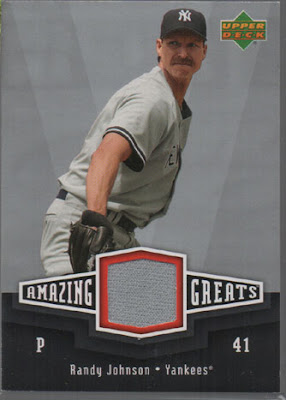 Here's one of Randy Johnson from his 2-year stint on the Yankees. I've quietly put together a decent little Big Unit PC. I hope to kick it up with an auto someday. But honestly, for under a buck, you can't really go wrong with a relic card of any HOFer. 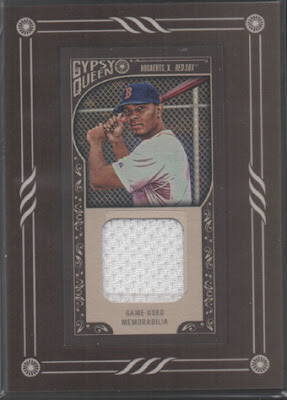 Xander Bogaerts is a young guy I like collecting, though don't think I've officially added him to my "guys I collect" list on my wantlist. I probably should, if I haven't yet. He had a strong 2015 season and is rising to the top among the elite shortstops of today. Plus he has a cool name. I'd be tempted to collect pretty much anyone named Xander.


(Fans of Archer should check out Frisky Dingo. And Sealab 2021 while you're at it. All three are from the same creative team.. or thereabouts.) 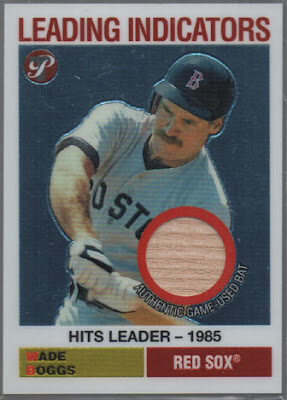 Wade Boggs bat relic for under a buck? Yes, please. I seem to love forgotten high-end Topps products from the early 2000s... Retired Signature Edition? Love it! Archives Reserve? Love it! Pristine? Love it! I haven't collected Pristine as much as the other two sets I just mentioned, but maybe someday I'll ratchet up on it. 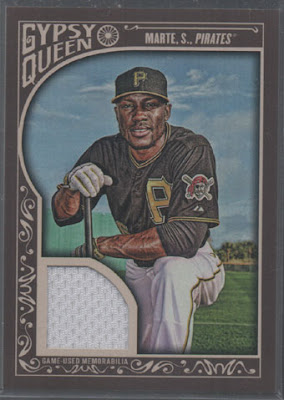 Another 2015 Gypsy Queen relic, this time a full-size Starling Marte. I'm always on the lookout for Pirates hits since they're in demand in my tradebox. I'm sure Matt Scott already has a few of this, though. I'll probably hang onto it for myself. Marte has been putting together the early makings of a fine career. 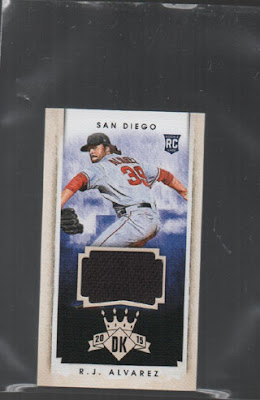 Awwww.. :) Here's a cwute widdle-biddy welic cawd. It's numbered 9/99 on the back. I'm a bad Padres fan, because the name RJ Alvarez didn't ring a bell with me. [looks him up.] Oh, ok. He pitched a total of 8 innings for SD in 2014, then went to Oakland in the Derek Norris deal. In 20 innings he put up an ERA of 9.90 this past season. He was originally property of the Angels, and came to the Padres mid 2014 in the Huston Street deal, which explains why the picture in the card doesn't seem to match the San Diego Baseball Club designation. 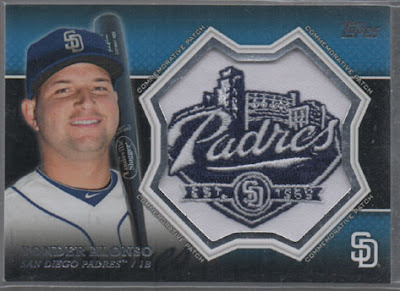 Yonder Alonso quietly put up a decent 2015 (.282), but SD would like to get a lot more pop out of their first baseman (only 5 homers). Sounds like he's likely being shipped off to the A's in a trade soon. Manufactured patches are kind of non-hits (and not technically a relic, but oh well, I'm including it in this post anyway.. close enough). I waffled for a moment or two whether to add this card to my stack, but as the scan shows, I ultimately couldn't say no to that embroidered Petco. 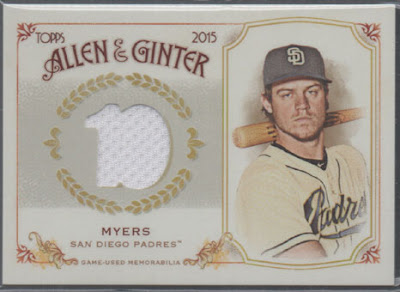 I want to like Wil Myers. Seems like a cool guy with a sweet swing. Staying healthy is the hard part. Us Padres fans hope his latest wrist surgery is the one that sticks and he returns to his ROY form of 2013. That could help us feel less depressed about everything we gave up in the trade to get him.

BTW, have you heard the Padres are bringing back brown for their home Friday jerseys in 2016? I'm excited about that! I've been waiting for them to take me down to the brown town. (Yes, slipped in another shameless plug for my band. That's one of the nuttiest songs I've ever recorded and I love it.) Hopefully it's a first step to a full return to the true Padre colors of brown & gold.

That's it for today. Not a bad bunch of cards for comfortably under a buck each.
Thanks for stopping by.
Posted by defgav at 3:30 PM