Gavin Month kicks into high gear now, featuring the only Gavin to have played major league baseball up to this point, Gavin Floyd. He's been a solid middle of the rotation starter for a decade. His 72-72 lifetime record and 101 ERA+ illustrates his dependable, down-the-middle career.

Let's check out the Gavin Floyd cards in my collection. 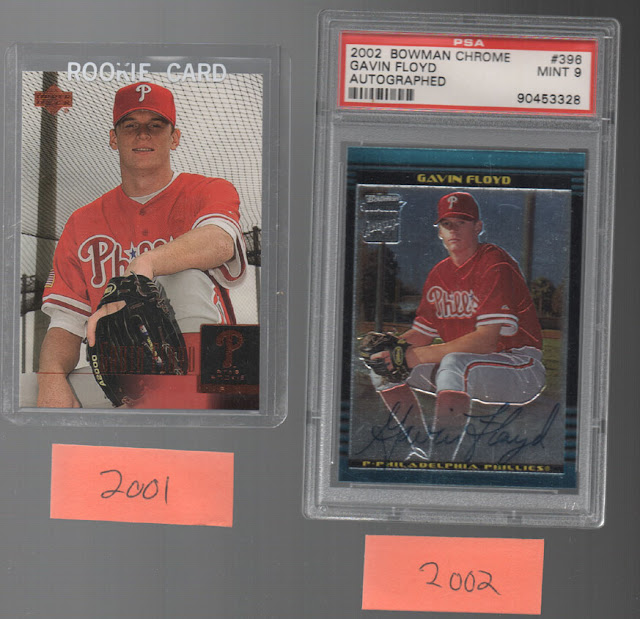 He only has "one true rookie" with Upper Deck sneaking the draft pick into a late season product (Prospect Premieres). 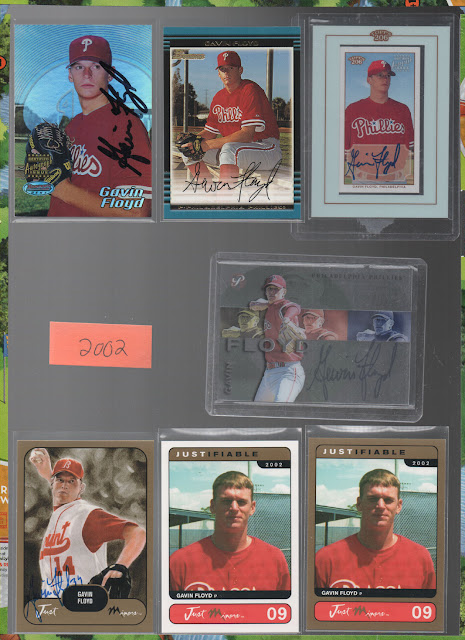 I've got lots of 2002 card, several of which are autographed. 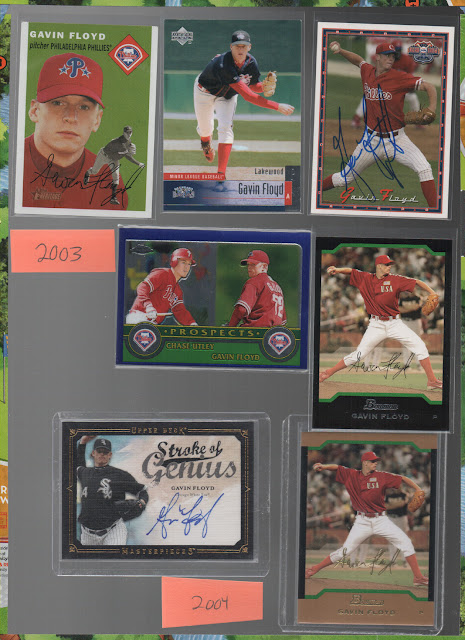 Highlights here are a IP autograph on a minor league card, a dual rookie shared with Chase Utley, and a sweet autographed UD Masterpieces canvas card. 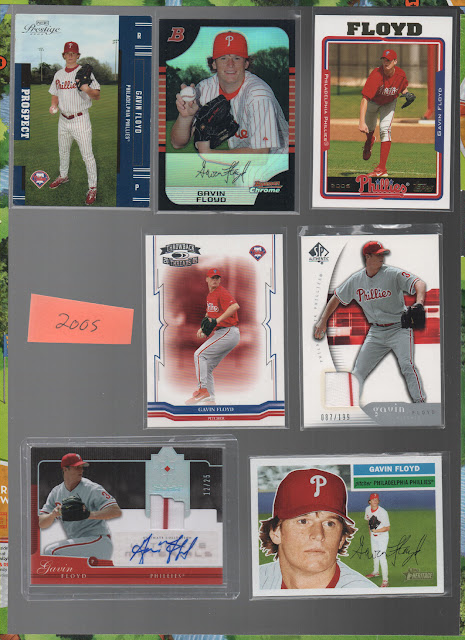 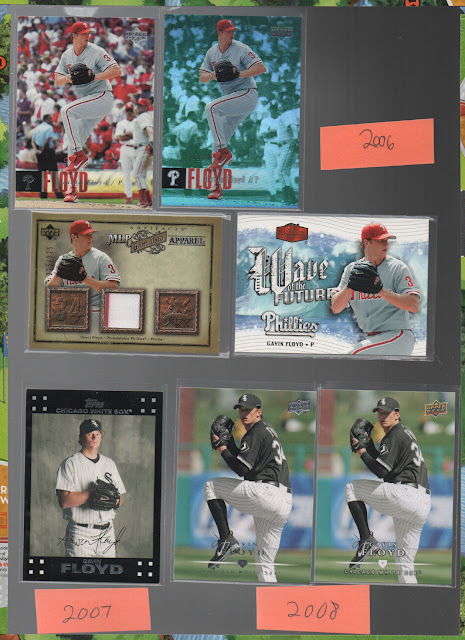 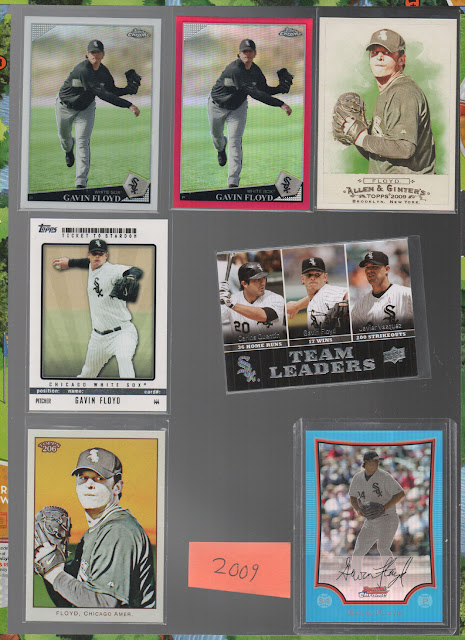 Hard to tell, but that's a refractor in the upper left. Take note, traders; there are many Gavin Floyd base cards I'm missing. I'm sure I could pick them up for a few cents each on Just Commons or whatever, but they're not a top priority for me, so I don't go out of my way unless a card really catches my eye. 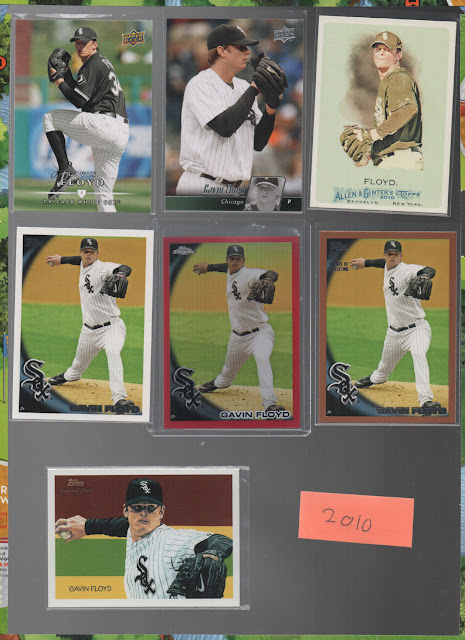 The 2010 cards are highlighted by that red Chrome parallel in the middle which is numbered 12/25 on the back. 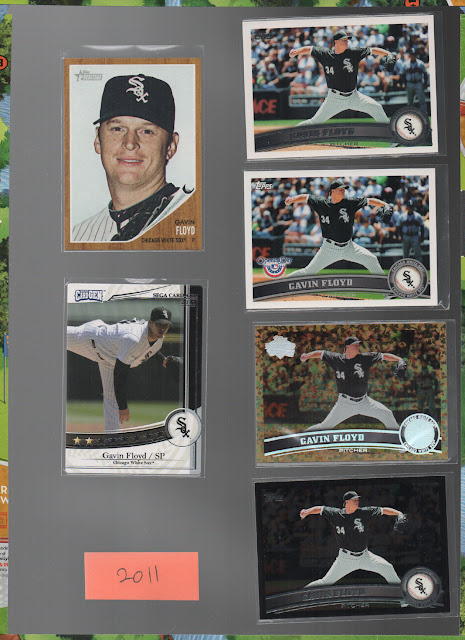 Got a decent rainbow of his 2011 Topps card going. The Sega Gen card from Zippy is a definite highlight of the PC. 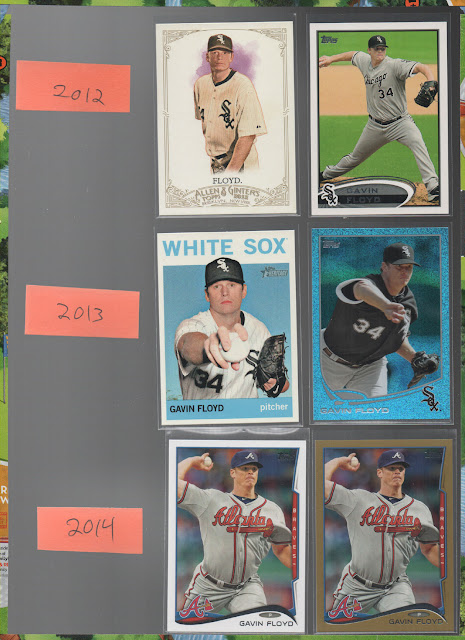 I've only got a couple cards each from these years, notably missing his 2013 Topps base card, having to settle for this sleek blue slate parallel I threw into my latest COMC order for 45¢.
Gavin pitched 9 games for Atlanta in 2014, but was hurt much of the year. 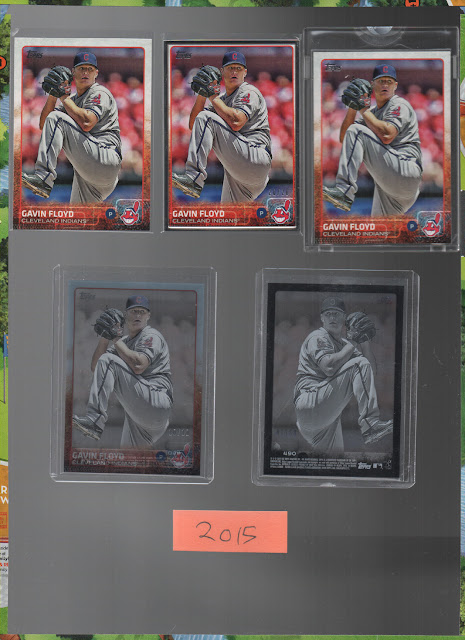 Gavin pitched in 7 games (effectively, though all in relief) for the Indians near the end of the 2015 season after injuring his elbow again in spring training. He's currently a free agent. With pitching prices through the roof this offseason, you gotta figure somebody'll pick him up cheap for 2016, even though his pesky elbow has been janky the past couple years. For what it's worth, he's said he really loves "The Cleve" and would be interested in returning to the Indians.

So by my count, there are 60 different cards in my Gavin Floyd player collection. There might be a few stragglers still hiding out in my ever-expanding "need to be sorted" boxes. If you can scrounge up any I'm missing, I'm always happy to get new Gavin cards in trades, so let me know.

Thanks for stopping by and Happy Holidays! I've got my folks in town and it'll be great to see them for the first time in a year and a half tonight.
Posted by defgav at 2:59 PM