I'm not a big football card collector, especially active players, but one guy I do collect is a fellow SDSU alum and fellow Gavin, Gavin Escobar. He entered the NFL in 2013 with the Dallas Cowboys and is still playing with them here in 2015. His stats so far this season are 8 receptions for 64 yards and 1 touchdown. Let's hope he has a couple big games as the season winds down. The Cowboys have struggled this year with Tony Romo getting injured, their record currently at 4-8.

Let's take a look at my Gavin Escobar PC. 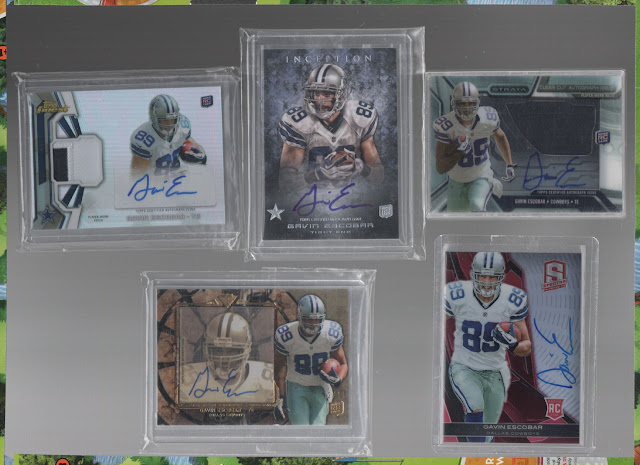 Kicking off with the hits. The 2 on the bottom are extra special because they're Christmas Cards (#'d 12/25). 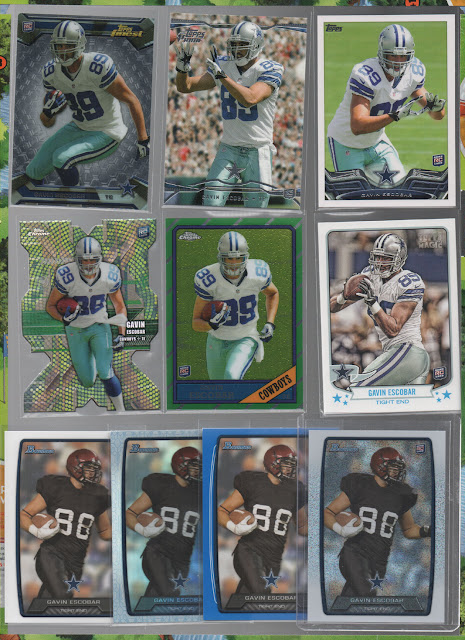 Here are the Topps/Bowman cards I've got.

I should mention that every single Gavin Escobar card I have is from 2013. He was a hot rookie then so he was basically in every football set, often with multiple inserts, parallels, etc. He's gotten considerably less love from card manufactures since. 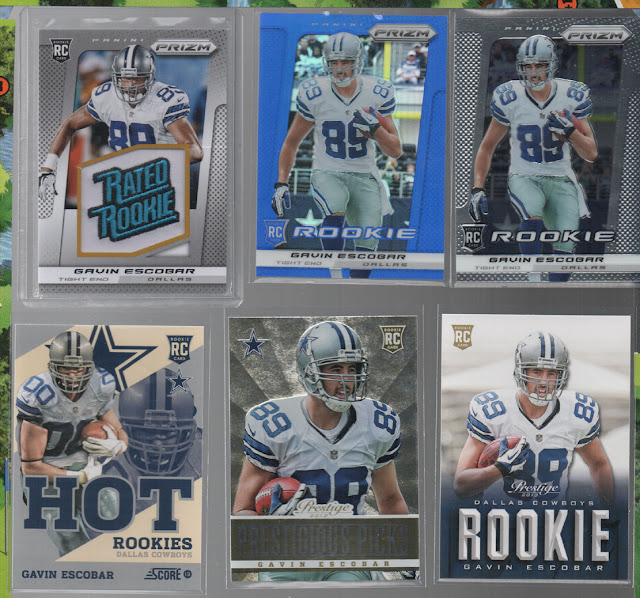 Now we're getting into the Panini portion of the post. I was excited to get that Rated Rookie manupatch off Listia a while back. Unfortunately the seller shipped it in a PWE and it got bent around the top sides of the relic window. Remember guys: don't send relics in PWEs! Regular cards can take a little bending and be fine.. but relic cards are susceptible to creasing around the window with even slight bending, even in a toploader. 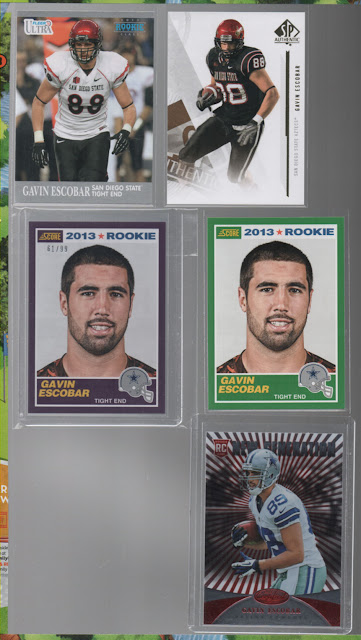 Here's the final scan, highlighted by a couple cards in his Aztec uniform.

So there you have it, 26 Gavin Escobar cards to close out 2015. If you've got any of his cards not pictured here, I'd be interested in trading for them, so just let me know. Thanks!
Posted by defgav at 4:12 PM